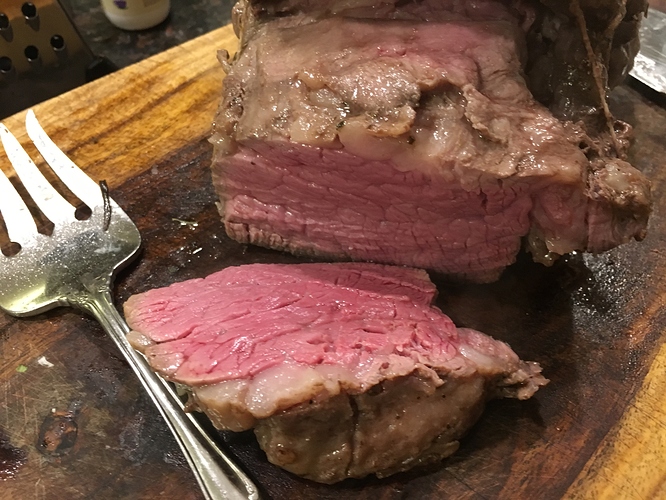 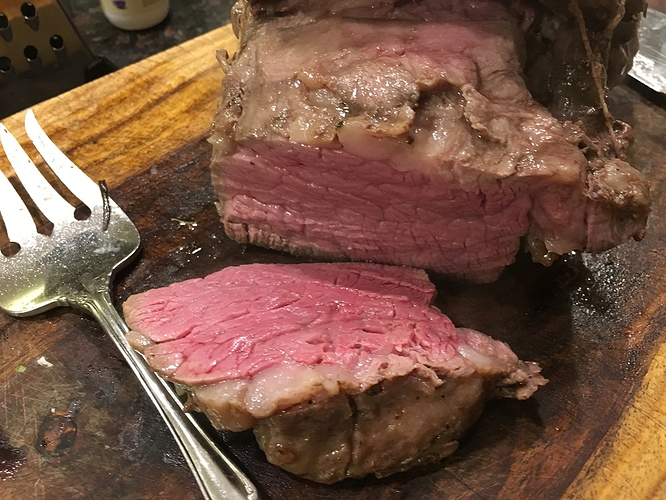 Jane, that is a thing of Beauty.

My last sous vide was a pork loin roast, about 1/3 of a big boneless pork loin I got, then cut chops from 2/3 of it.

I’ve done pork chops at 140/60 but got scared and went 144 F/62 C. It was a thick piece of meat. Put a lot of rosemary and sage in the bag with the meat, and that made for a nice taste around the edge, even after searing it in the oven. Scored the outer fat with a knife beforehand, making shallow diagonal cuts all along it.

It was great, perfect, though could have sous vided at a lower temperature. Meat was white all the way through, without even a hint of pink. I think <140 is in the cards for the future, perhaps 138 or 137.

It was great, perfect, though could have sous vided at a lower temperature. Meat was white all the way through, without even a hint of pink. I think <140 is in the cards for the future, perhaps 138 or 137.

It’s all just a learning process, indeed. But as you say, even when it’s not “exactly right,” it’s usually still pretty awesome

The texture of chicken, turkey and pork done at lower temperatures takes some getting used to…

The texture of chicken, turkey and pork done at lower temperatures takes some getting used to…

I will split this up and vacuum seal each half and freeze. I foresee lots of sous vide pulled pork in my future! 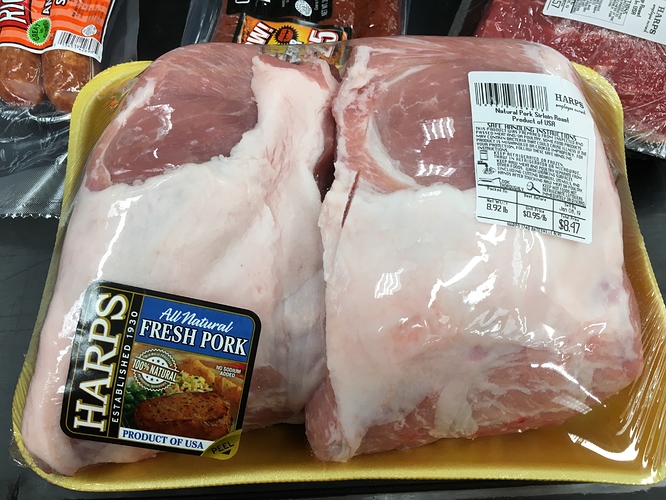 Have I mentioned recently that I hate you all?

Not sure if I’ve mentioned it.

165 F for 24 hours then popped it under the broiler to get some bark on it. 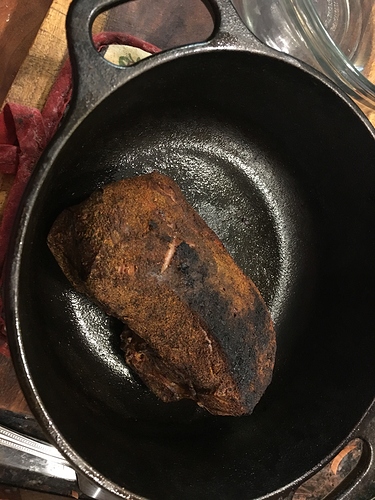 Shredded and ready for the fridge since Hubbie made soup for dinner tonight. 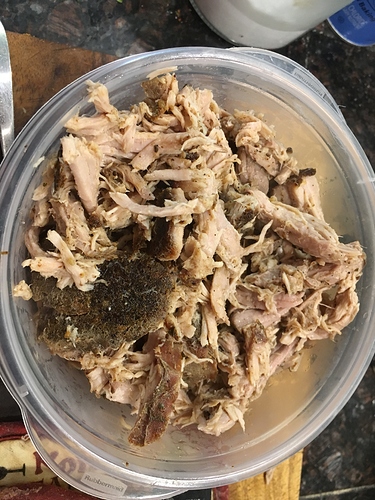 Husband picked up a Tri Tip Sirloin yesterday. Never cooked one so I looked up online how to sous vide it. It’s basically a large slightly tougher cut of sirloin.

Should be medium-rarish at that temp and hopefully 3 hours is enough to be tender.

I’m curious how this turns out. Trip tip steaks are sold at the Walmart here and I often see them in markdown bin 50% off.

Thanks, Mark. I think that might be more rare than I would like. Probably be ok for my husband LOL.

I took it out at almost 4 hours to check. I want steak texture, not falling apart like a good roast beef texture.

It was perfect! So I put it in the fridge and will warm up in the sous vide at the same temp when time for dinner, then sear it.

I cut off the end for a taste test and also tried out my husband’s mini butane torch he got for some project of his (don’t remember).

Pic of tri tip not seared yet so not very pretty. But I like the degree of doneness it has. Small piece was seared and seasoned. 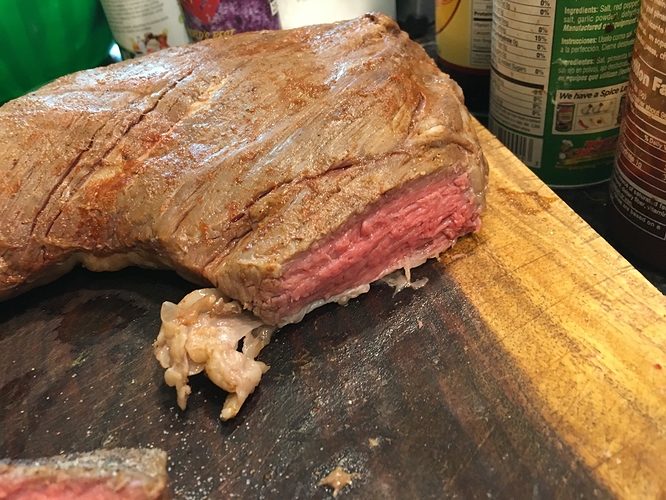 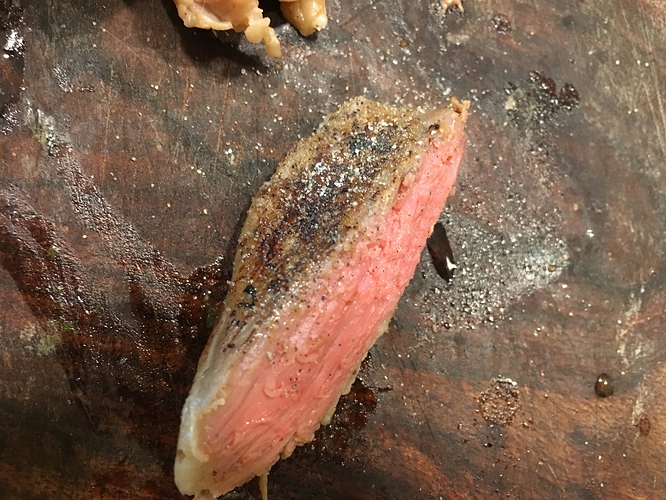 That looks great! Thanks for the update! 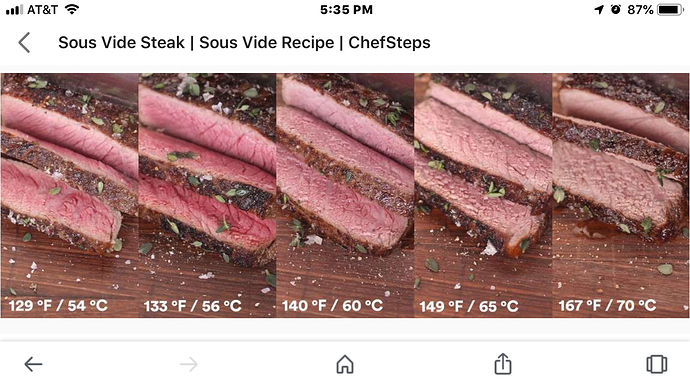 Repeat after me: Temp is doneness,time is tenderness. Thickness is time.