Today I was listening to a UK podcast and one of them mentioned in passing that she freezes her bread and did you know that according to the BBC that it halves the amount of carbs in the bread? And the other was like, wot?

Anyway, I don’t plan on eating straight-out-of-the-freezer bread, or any bread for that matter, but I looked for the article and thought I’d share. Your thoughts? Is this for real or just a trick to get me to eat bread? 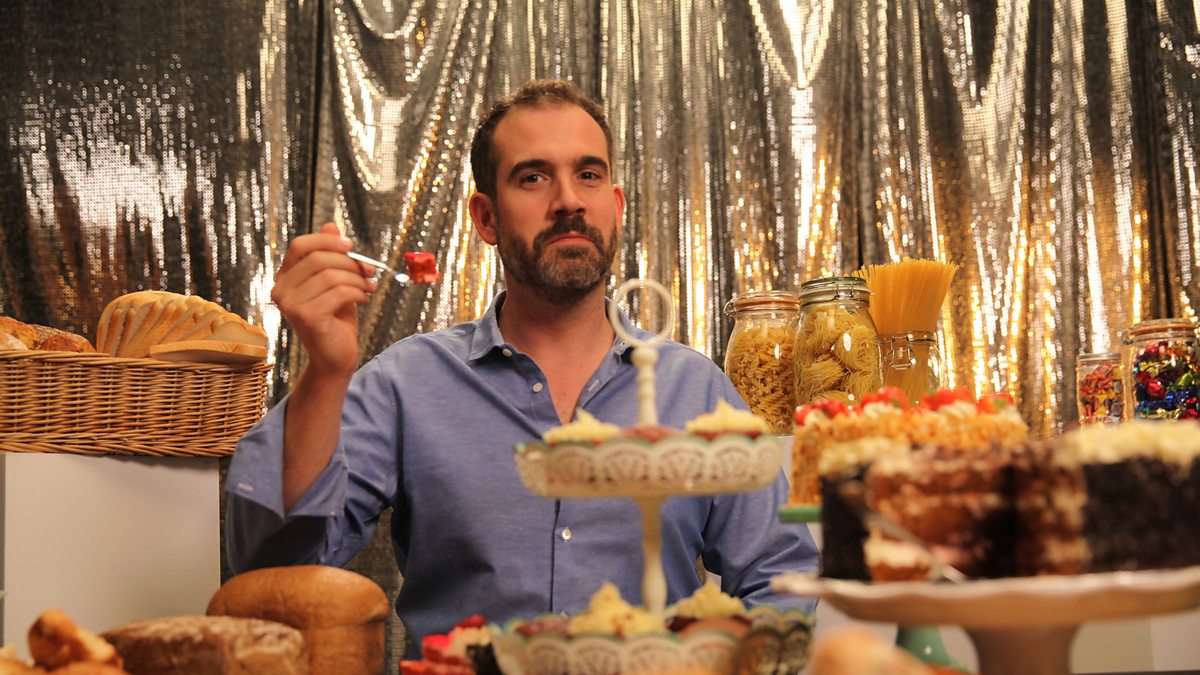 Facts and figures on all things carb related

Because just like cooking and cooling, freezing also turns starch into resistant starch.

I cannot believe this. With best-in-the-world technique, i.e. multiple heatings and coolings, researchers have managed to get a certain type of potato up to 6% resistant starch or so. That leaves all the rest of the starch just as it was before. What is being achieved, there, really? It’s like eating a potato where none of the starch is resistant, and it’s 94% as big…

As for bread and freezing it - is there any proof that this works, at all?

Before I started keto, I bought into this. I made pasta and rice dishes a day ahead, cooked, cooled then sauted potatoes etc. Did I lose weight? Not an ounce! But it gives hope to the no hopers!

I couldn’t find any links or sources so I have no idea. I’m sure I could deep dive a Google search but I don’t believe it enough to try.

Jackie, I’m glad someone tried it and can verify that it didn’t seem to work. Thanks for the info.

For now, I’m staying away from anything that looks like bread but this is still interesting. If only freezing had the same impact on limoncello.

The impact of freezing and toasting on the glycaemic response of white bread.

This is interesting, but probably more glucose response than I need in my life. Thanks for sharing!

I personally don’t buy it. I posted this before a while back.

As Dr. Berry points out chemical reactions generally involve heat, not freezing which slows down reactions. He also tested this concept with several of his diabetic patients who volunteered.

I always used to keep mine in the freezer and defrost slices as I wanted them, just made sense as it was so rare I used bread.

These people loved their toast and found a way to justify eating it. Good on them.Toasted bread was a yummy thing once.

I think the fermentation of the bread before the baking has important aspects to consider. Fermenting will predigest the sugars and may alter some of the troublesome amino acid compounds.

From blood curves done after eating a local baker’s slow fermented dough bread, the resulting blood glucose curves were quite flat. So there are ways to detoxify foods for damaged metabolisms.

Would be interesting to see the graphs of the blood glucose responses. How many participants in the study? (never mind - I see 10)

You could get a smaller area under the curve with a higher spike if it came down quicker.

Dr. Berry’s n=4 with 4 diabetic patients on CGM’s showed no difference in glucose response after repeated cooling and healing of potatoes, rice and pasta.

It may have other beneficial effects in the gut biome but apparently the insulin response is the same regardless of how many times the starch is refrigerated.

If you click the link to the full study at the bottom of the summary of the study it shows the graphs.

Definitely a significant difference in eating fresh bread vs frozen and toasted. +100 glucose spike vs 45.

Personally if I was going to splurge on a slice of bread it would be homemade and warm fresh out of the oven (worst case LOL). Freezing and toasting it takes away too much of the texture and flavor for me and still too much of an insulin response to justify a regular toasted sammich.

I doubt this study needed any funding since they used 10 college students and a blood glucose monitor and finger pricks. And bread.

Their conclusion made me smile:

Thus, considering the high consumption of white bread, the identification of ways to reduce the glycaemic response of white bread and other foods is important in the prevention and management of chronic disease. (emphasis mine)

How about reducing actual consumption???

Haha, you beat me to posting this. It’s the first thought I had when I saw “resistant starch.”

Looks like they had them eat 2 slices of bread because the carbs were in the 40’s range.

Personally if I was going to splurge on a slice of bread it would be homemade and warm fresh out of the oven (worst case LOL). Freezing and toasting it takes away too much of the texture and flavor for me and still too much of an insulin response to justify a regular toasted sammich.

This is what I was thinking… best case senario and they are right. Not worth it for thawed out bread considering what I am eating now.

Today I ate with friends and they ordered rice for me even though I said I wouldn’t eat it because “I won’t eat the rice” sounds about like “I won’t breathe the air” to a Chinese person. I ate off the rice because it seemed less messy than eating off the rice container lid. Basically I used the rice as an absorbent mat for food drippings. I ended up eating about 4 bites of rice. On purpose, not on accident. The first bite was divine. By the fourth I don’t know why I even bothered.

I have a friend who makes fresh baked bread about every day. When I’m at his house with friends about once a week, I will eat about 5 carbs worth of bread. A slice of baguette or a quarter slice of a loaf. It is lovely. But I think it would become mundane quickly just like the rice did. And frozed and thawed manufactured bread? Not worth it. To me.

.Toasted bread was a yummy thing once.

And it still is for me 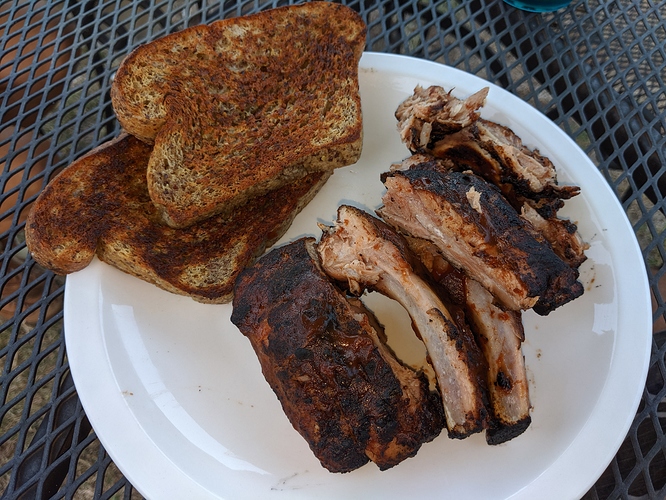 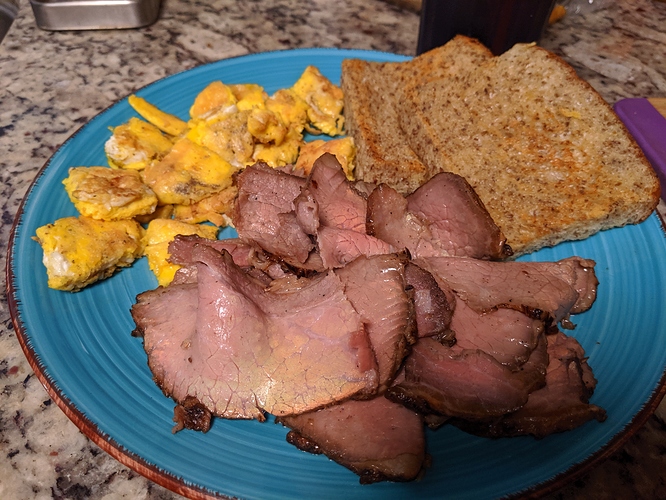 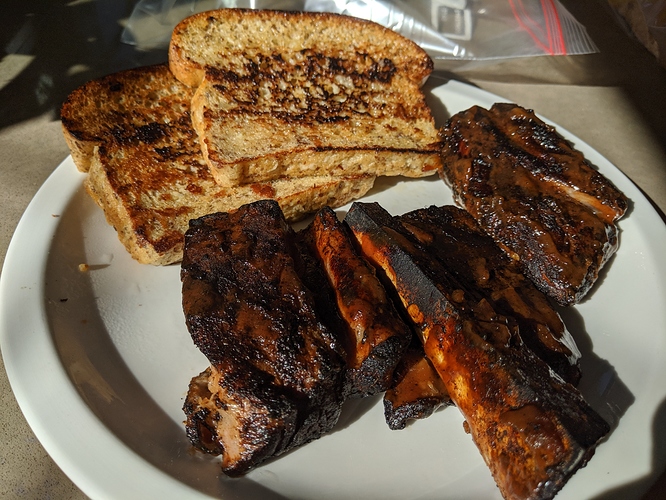 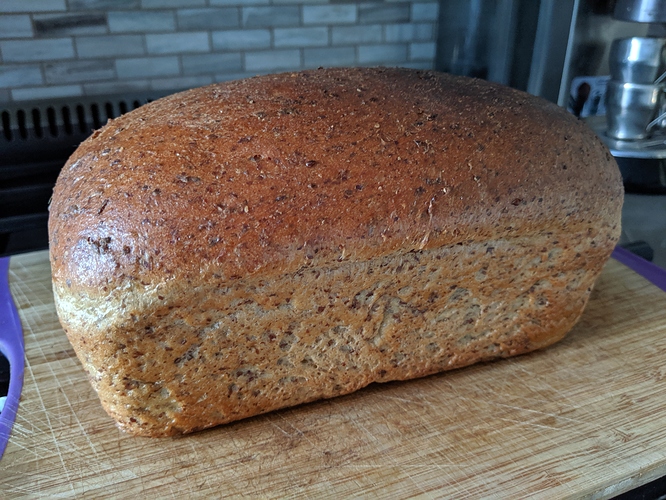 tell me more about the bread please Chris

that’s how I feel about Sugar free/fat free/2% crap!

I do that with my keto flaxseed bread. I bake a loaf, let it cool, slice it up, then toss it in the freezer and pull out individual slices when I want toast.