Did my first 5k this morning. Finished in about 34mins. I was 16hrs fasted, felt great! 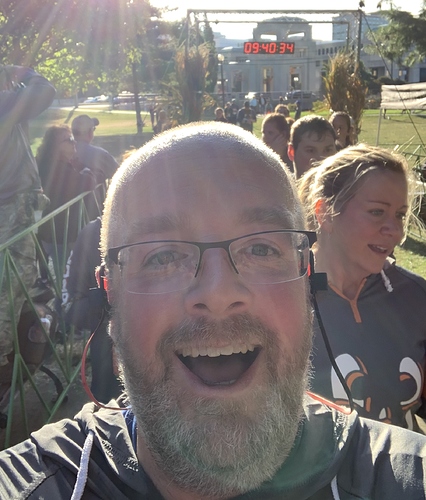 Awesome especially if you have a reasonable amount of body fat!

A recent article in the New York Post “Is this the most dangerous diet ever?” tells of a man who, in an attempt to lose weight, decided that he would fast for 47 days. At day 5 he was feeling great. At day 28, he was so weak that he could hardly get out of bed. NOT smart. This is NOT something that I would advise. The Daily Mail shared similar concerns in its own article.

Consider the story of the marathon. According to legend, in 490 BC the Greek soldier Pheidippides ran approximately 26 miles from the battlefield near the town of Marathon to Athens to deliver the news of the defeat of the Persians. He shouted Niki! (Victory) and then promptly keeled over and died.

Suppose a sedentary, middle aged, out of shape man decided to run a full 26 miles at maximum speed tomorrow, without any type of preparation or knowledge. He might very well keel over and die, too. Indeed, in 2014, a 42 year old man died after the London Marathon, the event’s second death in 3 years. Later that year, a 31 year old man and a 35 year old man died in a North Carolina event. Since marathon is a relatively extreme event for most people, it takes some preparation to do safely. That’s easy to understand so you don’t see hysterical headlines saying “Running, the most dangerous thing ever”. If you want to run a few minutes, that probably won’t kill you. Running a marathon in an untrained state could very well do so.

So the bottom line is that fasting, done properly and with knowledge and experience is a powerful tool in the fight against metabolic disease and obesity. But tools can cut both ways and can sometimes harm the user. A chainsaw is a powerful tool for cutting trees. It may also kill you if used improperly. But the proper lesson is not to abandon the chainsaw. Instead, we need to learn how to properly use the tool. Fasting, used responsibly can be a powerful force for health. Fasting, used inappropriately can hurt or kill you. Fasting by starting out skipping a meal here and there – good idea. Fasting by starting out 30 day water only fast come hell or high water – bad idea. There’s a ton of free information on fasting that I‘ve written extensively on my blog. Just search for the 40+ posts I’ve labelled with ‘Fasting’. I’ve also posted free videos and podcasts, too. So cost is not an issue. Be safe, everybody. …” …More

No worries there. I’m around 23% body fat. Not planning on a marathon! Did a couch to 5k program to prep.

Congratulations Andrew. Pretty awesome that you felt great as well.

Congratulations on your first 5k =), that is great.

I did my first 10 K three weeks ago, also 18 hours fasted apart from bullet proof coffee, I may have indulged in a few gummy bears during the race.Electrolytes and water before and during the race.
All my early morning runs are done on the same regime.
However anything beyond 10 K needs a different approach, I would eat the evening before a 21 K , not too much, and get a strong coffee into myself before the race.
Congrats by the way, now you can aim at a 10 K.

Well done on doing the C25K and your first ever 5k! Great work!

Yep! 10k is next. Looking at one of those Santa runs.

Congrats on your first 5k!

I’m also working on my 10k at the moment