You can always take it out and cut into it and see if it is tender enough… and if not, put it back in the water bath.

Won’t hurt going overnight. I did that with a thick London Broil and it came out just fine.

I’ll take it out and cut it soon, it’s been about 21 hours so I think it should be good to go! 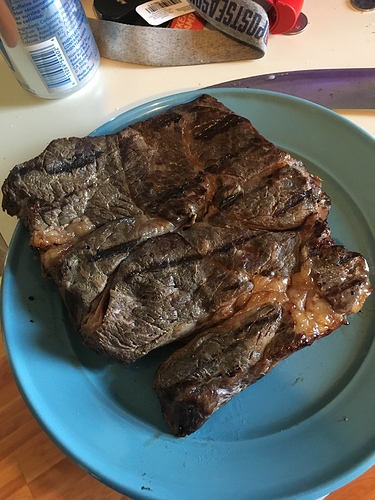 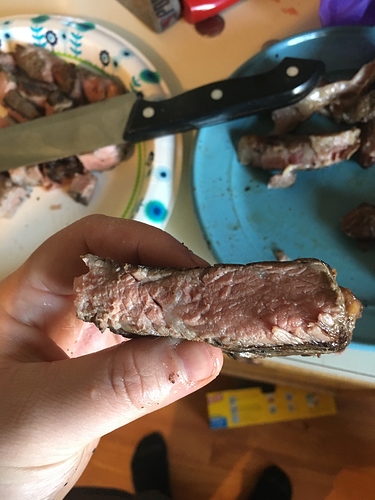 idn’t get as pink as I wanted

Well, it didn’t stay as pink as you wanted, because the temp was too high for that to happen.

I actually had it about 132 overnight as this is about medium rare? I haven’t done long Sous Vide cooks so im new to it!

I actually had it about 132 overnight as this is about medium rare?

That’s halfway between medium rare and medium, Ash. See how you like it, and you can adjust the temperature in the future if need be. I bet you’ll like it. Maybe go 129 or 130 next time? 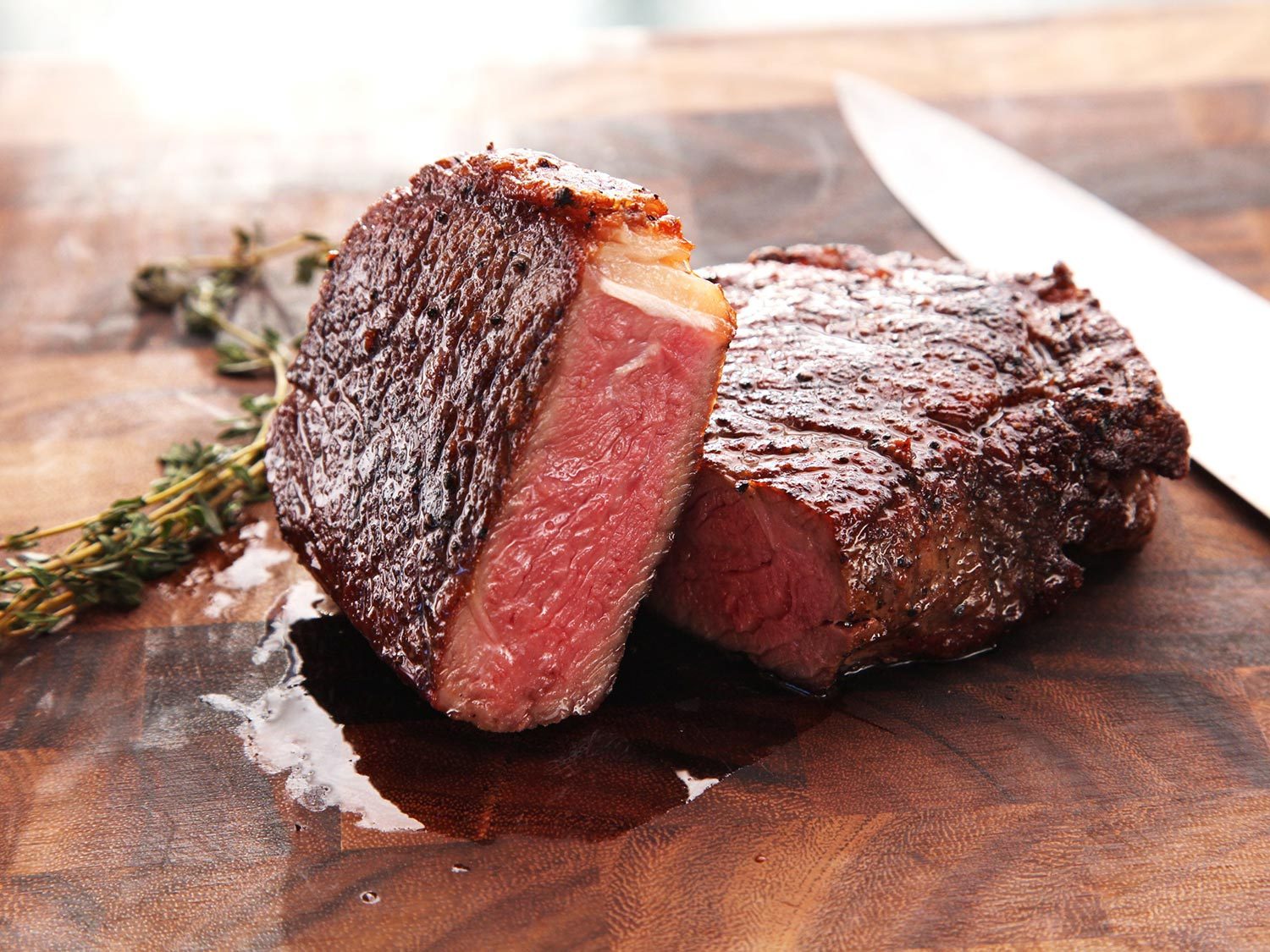 Steak is one of the most popular foods for first-time sous vide enthusiasts to cook, and with good reason. It takes all of the guesswork out of the process, delivering steaks that are cooked perfectly to precisely the temperature you like, each and...

Thanks for the link! It tasted fine but I always like mine a little pinker so next batch I’ll try about 129 and see how that does! Still came out way softer than other cooking methods!

Longer cook times make it softer and more tender - even cheaper and comparatively tough cuts of meat can be amazing.

Any idea how to sous vide 2 inch thick what i think is bottom round stake, time wise?

So, this is the rump steak I got last week, cooked for 30 hours at 53C then shocked in the icebath and froze. Yesterday, I got it out of ther freezer and into the SV @53C at 5PM, then at it about 90 minutes later.

Overall, excellent. I still think the SV machine is dying and the temp is getting around (thus it’s overdone), but this method went exactly to plan, and was great. Very easy way to have a 30 hour steak whenever you want it, no planning required. 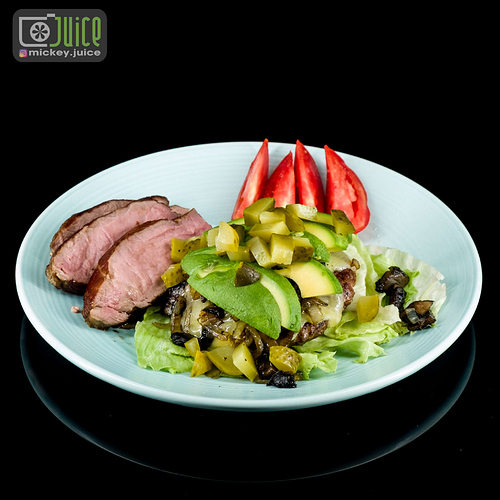 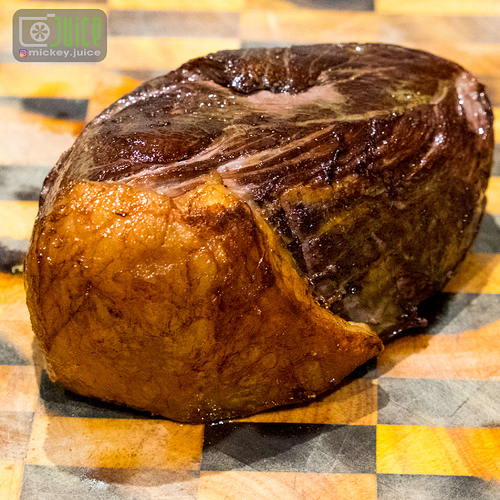 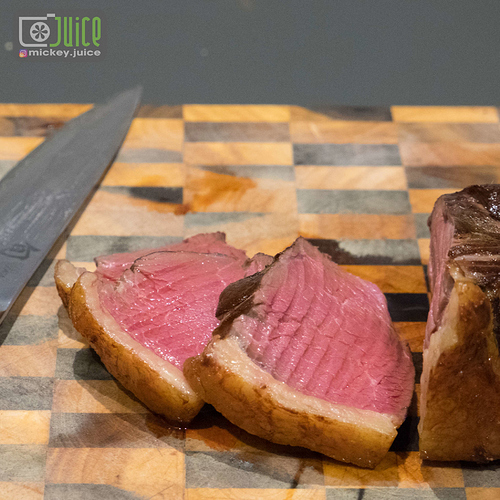 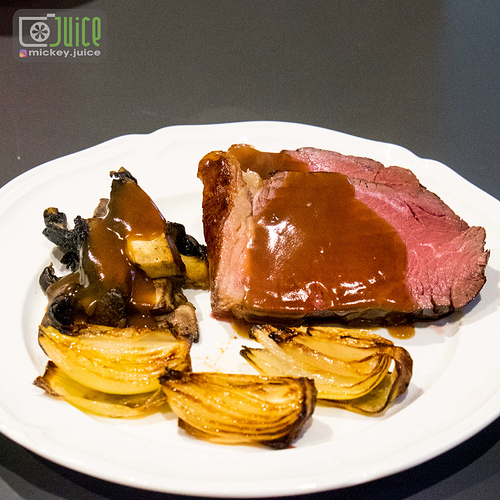 Since this is “Everything”, that includes my first pulled pork butt from sous vide.

My plan was 24 hours at 170F, followed by three hours in the smoker. Except it went horribly wrong but still came out excellent. At about the four hour mark, I went by the sous vide container in the kitchen and the water was discolored. Somehow my vacuum seal bag had leaked. When I went to take it out to rescue the butt, the bag fell apart, dumping the roast into the water. The tub was now full of weak soup that, frankly, didn’t have enough ingredients in it to make a good smelling soup.

After clean up, I re-seasoned the butt with just salt, pepper and granulated garlic, the same mix as initially used, then vacuum sealed it again. This time, I double bagged it- the vacuum sealed bag inside a gallon Ziploc bag sealed by water displacement. Re-set the timer for another 20 hours, and the bags held this time.

Chilled the roast in ice water for an hour and then did a barbecue rub and into the smoker for 3 hours. 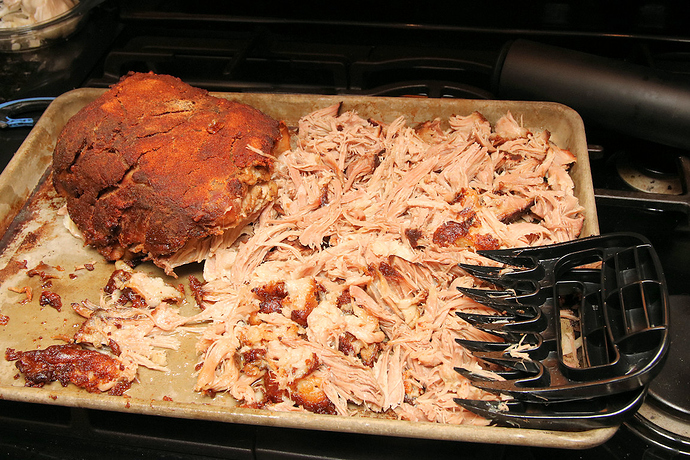 When the bag broke, the pork was starting to break down and tenderize, but it still had enough internal juices to come out moist and wonderful. It makes me wonder if the bag had broken much later into the SV cook, I wonder if the meat would have been ruined. When I took it out at 24 hours, it was obviously cooked and falling apart tender - pieces fell off and I stuck some back on using the rub as meat glue.

Only way to go! I’ve used plain forks and these have got to be 10x faster.

They’re the best. I got a pair from Amazon for about $7 and while I’m LOATHE to add new things to a small kitchen, they’re WELL worth it.

So whats the latest, greatest deal, on a nice, solid Sous Vide machine ? I was thinking Anova… Not sure if I need the highest wattage model, or blue tooth… But geez, I saw a 1000wt model with bluetooth in this thread, for $75 ?! … then went to look it up and it was $150 ! WTF ?

Chris, they really do jump around in price. It pays to keep an eye out for good deals.

I got a 900 watt Anova late last year for $99. I use an 18 quart (fairly large) water container, and it heats it pretty fast and maintains temperature effortlessly - I can’t see any need for more power or more expensive units. 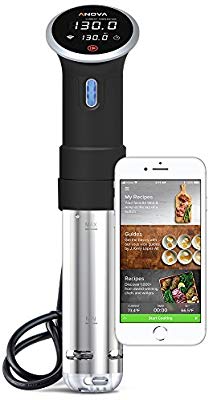 Taking the web page address of that unit on Amazon, and pasting it into the www.camelcamelcamel.com site, here’s the price action over the past year: 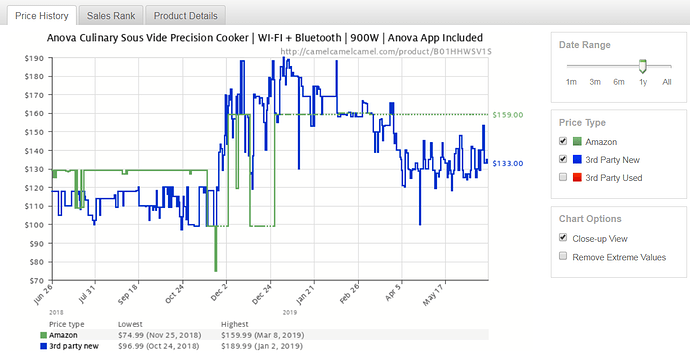