I had previously posted this summer about how well keto and sea kayaking go together:

Sea kayaking at 4 MPH is about the same effort as a fast walk, so perfect for fat-burning metabolism. On Tuesday last week I paddled 41 miles, with some help from the currents, so maybe 34 or 35 honest miles. Not sure if this qualifies as an “ultramarathon” activity. Compared to people who run the Leadville Trail 100, I did almost nothing at all! Funny thing is that my Garmin 245 GPS watch agrees. The Garmin Connect algorithm says this was very slightly less training effect than a 4 mile w…

As threatened, I took advantage of the full moon last week to do an even longer kayak trip on Wednesday. Managed to hit my schedule just as planned, starting at 8 AM and finishing at 1 AM after 62 miles/100 Km. (Most rest breaks are edited out of the recording, so the time shown on the graphs doesn’t equal that elapsed time.) Helpful tidal currents probably cut at least 15% off that number for my actual distance that I pulled, but that’s part of the game.

Food for the day was again mostly pork chile verde, eggs, cheese, tea with cream and coconut oil, olives and walnuts, in roughly decreasing caloric contribution. On both of these long paddles, I felt better after six hours than I did after two, so I get the feeling that my liver takes a while before it says “Oh, we’re working today, are we?” and kicks the gluconeogenesis and BHB production into high gear! 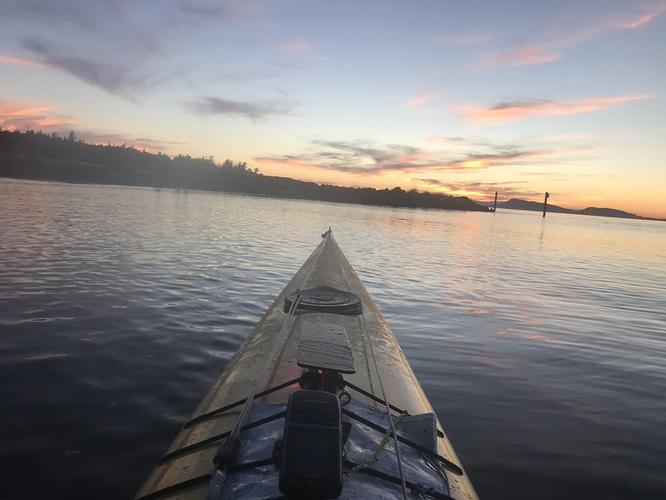 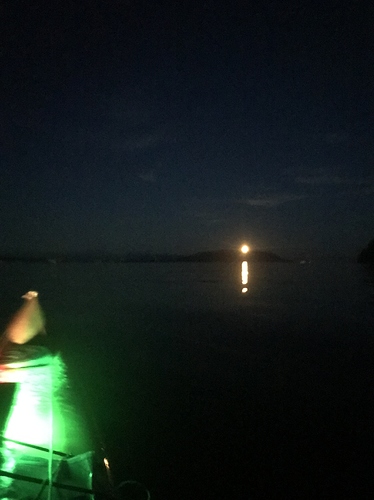 One of the photos failed to post correctly. I’ll try some more. 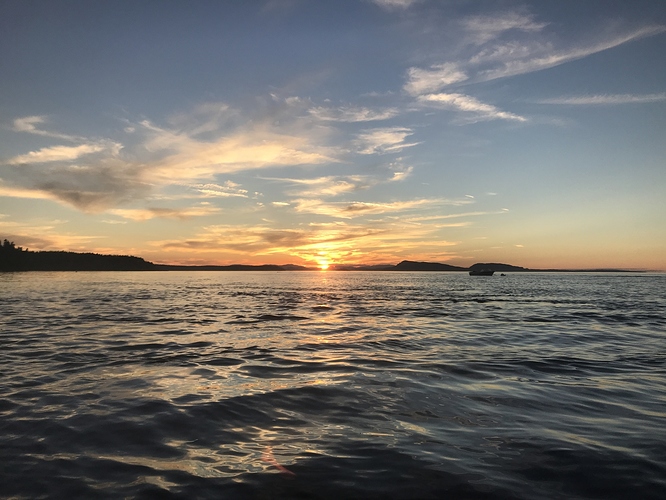 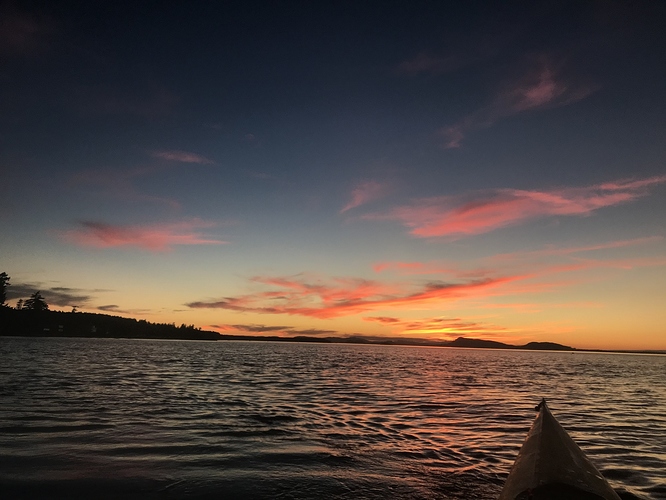 Darn it. I was hoping to add one more island to this loop and do a ~73 mile paddle this year, but I’ve been in the boat much less this summer and might not be in good enough condition for that.