Sadly, I mean this literally: 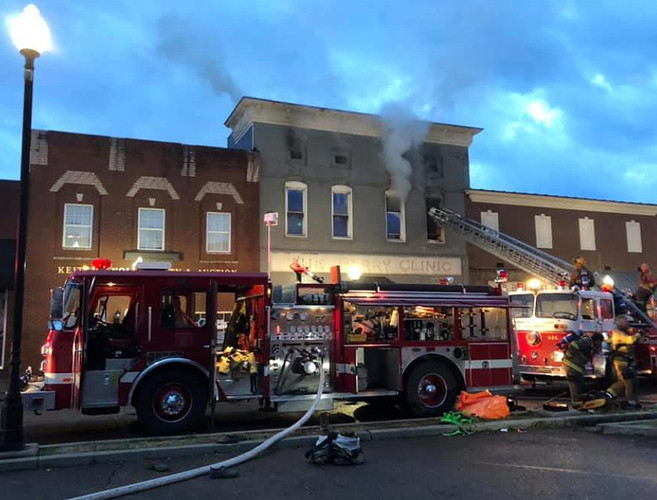 My prayers are with Dr. Berry and his family.

I’ve watched so many Dr. Berry videos, I feel like he is someone I personally know. I hope nobody was hurt and he has good insurance. Perhaps his clinic can be repaired or a better facility spawned from this event.

I heard something about a serious fire last night at the office of Dr Berry.

I really enjoy his plain-speak videos. Hope it was nothing nefarious! Thank goodness no one was hurt!

Almost welled up in tears when I heard this.

I’ve never met Dr. Berry in person but have seen so many of his videos and live evening things on Facebook that he feels like an old friend.

Hoping that despite something as terrible as this happening that something even better will come of it that there will be even better good things ahead for Ken & Neisha.

It’s probably too early to know what they’ll need. Maybe there will be opportunities for us to come together as a community to support them once we know more of what we could do.

My prayers are with them.

We are praying for you and your family Dr Berry.

This is just horrible. I’m so glad they are safe. Love Dr. Berry and Neisha!

Here is an update: 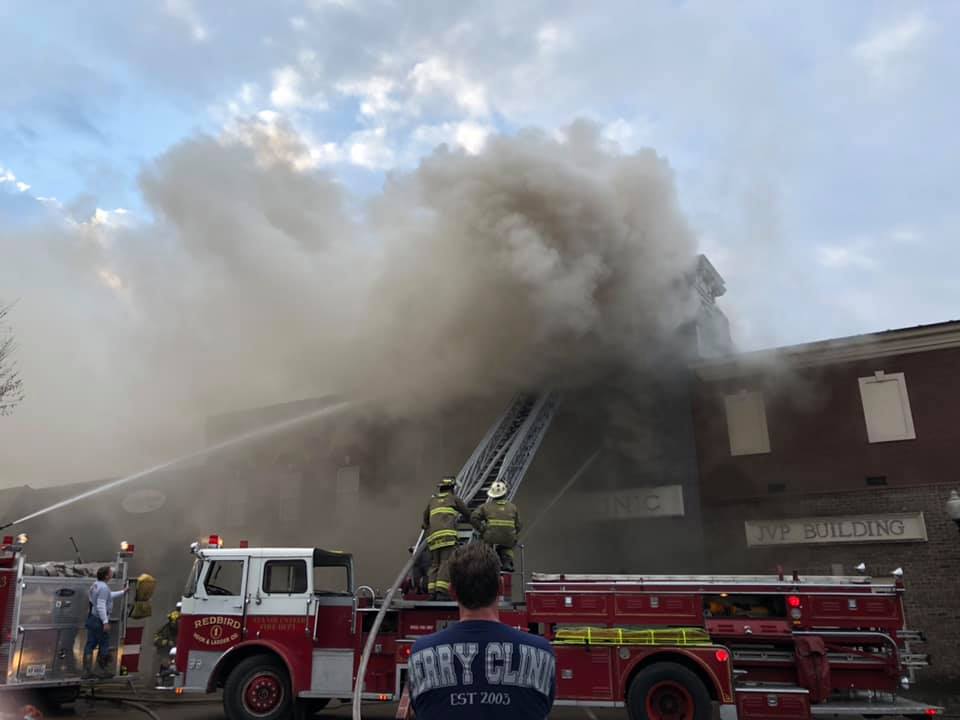 Camden, Tenn.--Camden Fire Chief Jerry Pierce said the damage to The Berry Clinic from this morning's fire "is  close to being a total loss" and said the state's Bomb and Arson people are investigating the blaze. "That doesn't necessarily mean...

The article says the owners of The Berry Clinic plan to rebuild.

How horrible! I guess if anyone can cope, Dr. Berry can, but boy, what a thing to get hit with. I hope he and Neisha will be all right. At least no one was in the building when the fire started.

This is terrible news. I’m so pleased no one was hurt. Poor Dr Berry!

What a terrible event. Im so glad no one was hurt in the fire.

Thank goodness no one was hurt.

I hope the forum and 2keto dudes will keep us abreast with the latest developments, especially in regards to supporting the Berry Family and the surrounding community to help them recover quickly.

This is so sad. I’m glad no one was hurt. We are cheering for Dr Berry and Neisha.

I keep checking his Twitter feed to see if he’s updating (obviously, he’s a little tied up), but I’m definitely praying for them. What a mess. I’m glad nobody was hurt. I only discovered him a couple months ago (I’d heard the name for a while, but I hear big names in the keto community all the time that I don’t necessarily follow. I heard him in an interview, and then immersed myself in his YouTube videos. I love his no-nonsense approach and humor.

Definitely, if anyone hears any updates, I hope they’ll post them here! I think a lot of us are concerned and would love to help if we could, just don’t quite know how.

I hope they’ll post them here! I think a lot of us are concerned and would love to help if we could, just don’t quite know how.

You know, there’s always the green: 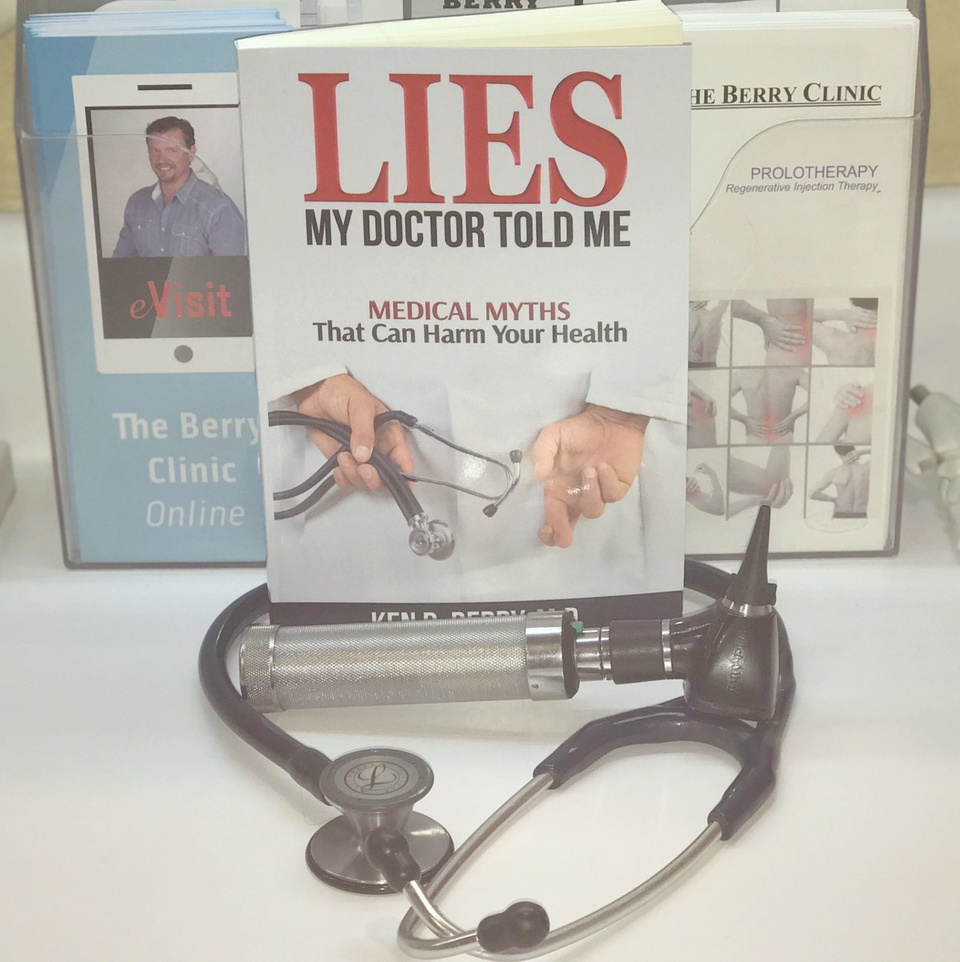 Become a patron of Ken D Berry, MD today: Read 189 posts by Ken D Berry, MD and get access to exclusive content and experiences on the world’s largest membership platform for artists and creators.

I was shocked and saddened to learn of Dr Berry’s clinic fire!

I wasn’t sure how to help, but wanted to do something so I became a patreon on his fb group and pre-ordered his revised version of Lies My Doctor Told Me.

I watch all of his YouTube videos and learn so much, I wanted to do something.

Just curious, it’s probably a rather taboo subject, but does anyone know about what one person listening to a full round of ALL of Dr. Berry’s YouTube videos one time would gain him? Would it be a few pennies? Would it be maybe a dime? Or a quarter? I know it wouldn’t be much, but I’m sure it would be something. And a few thousand of us doing exactly the same, how much of a difference would that be for him?

It’s definitely something I can do… actually, I’m doing it. Money is a little tight right now. But the internet bandwidth covers way more than that so it’s very doable.

I’m not trying to get in anyone’s business or anything, just wondered whether letting YouTube run for a while is doing anything at all. I have no perspective on that and a lot of people don’t really talk about that much, other than wanting to sell you their program to make thousands of dollars a month making YouTube videos. 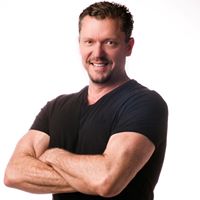 Ken D Berry, MD, Nashville, Tennessee. 105K likes. Powerful ideas on health, diet and life. No pills or products for sale here, just the truth about your health and diet.

I have just pre ordered his new book that comes out at the end of April. I reckon if we all did that we could make him a bestseller!
I think that would really cheer him up!
Sending every good wish to Dr Berry and Niesha.