Coffee Extract - Do It Yourself

I’ve been drinking a lot of carbonated water of late. I’ve tried various flavourings some of which I liked some not. I won’t list them all, but most contain ‘other stuff’ I don’t particularly want to drink with my water. Like artificial sweeteners. I don’t like ‘sweet’ much and most of the sweetened stuff leaves a metallic after taste I don’t like. I tried vanilla extract and it was OK, but v.e.r.y. expensive! Too expensive to flavour water. So I’ve decided to try to make my own coffee extract!

My goal is to make a concentrated extract strong enough in flavour that I will only have to use a small amount to flavour a 500ml bottle of water. I’m not doing this to drink rum, but to get the coffee flavour. 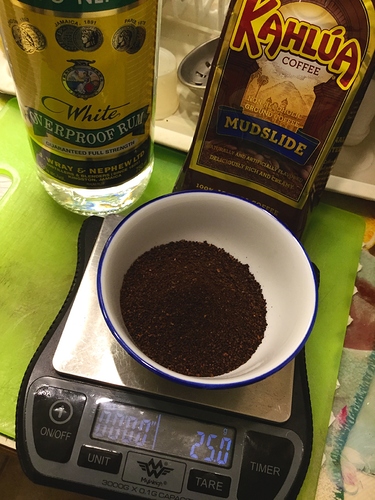 Here’s the coffee in the rum, slowly settling: 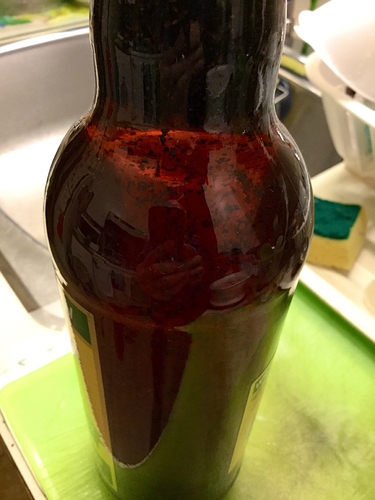 I’m definitely interested in a good way to make coffee flavored soda. In my pre-keto days one of my favourite sodas was a caffeinated coffee soda.

I will only have to use a small amount to flavour a 500ml bottle of water.

Could you not just make a cold brew coffee?
500 ml of coffee flavoured water… just a thought…

I will only have to use a small amount to flavour a 500ml bottle of water.

Could you not just make a cold brew coffee?
500 ml of coffee flavoured water… just a thought…

That’s sorta what I’m doing here. Other than a coffee extract, how could you ‘make carbonated coffee’? I like the carbonation.

Couldn’t you just buy a carbonator and use coffee instead of water?

Just put coffee in the bottle and carbonate it.

Couldn’t you just buy a carbonator and use coffee instead of water?

As pictured here, I already have a carbonation system that works much better than SodaStream. And is a heck of a lot cheaper. That 20 pound tank of CO2 cost $80 and has carbonated many hundreds of liters of mostly beer over the years.

Yes, I could use it on coffee. But it’s cheaper and easier to buy 2 liters of Great Value Club Soda for 97¢ than to carbonate flat water!

At 14 hours into the experiment, the coffee grounds have settled out completely and have formed a nice solid layer at the bottom of the bottle. I took this photo a couple hours after shaking the bottle to remix the grounds again. Just as I did with my cinchona bitters, I will shake the bottle a couple times per day for 3-4 days, then let it sit for a couple more days before testing the extract. 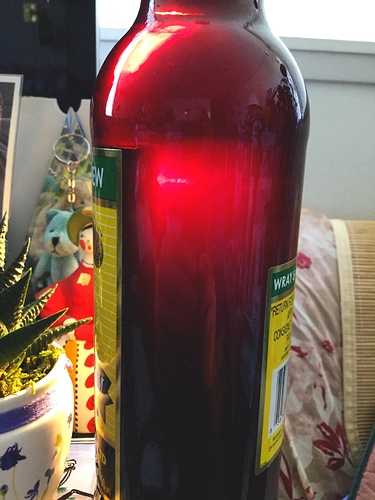 I put the bottle in front of a table lamp to determine the clarity of the mix. Although it’s not apparent in the photo, the mix is quite transparent.

Sometimes I accidentally add syrup (zero sugar natch) before carbonating and I am yet to find a way to carbonate using a soda stream without a disaster. Once there is a flavoring added it changes how much CO2 is willing to remain dissolved in solution.

Even splitting the content between 2 bottles and carbonating a half bottle ends up frothing the flavored water through the sodastream’s relief valve and making a mess.

I’m thinking of building a still to dehydrate espresso by boiling off all the volatiles with a BP under 100C, then boiling off all the water, and then reconstituting the two mixtures. Pretty sure I can concentrate the flavour, add an allulose syrup and make an espresso sodastream syrup. 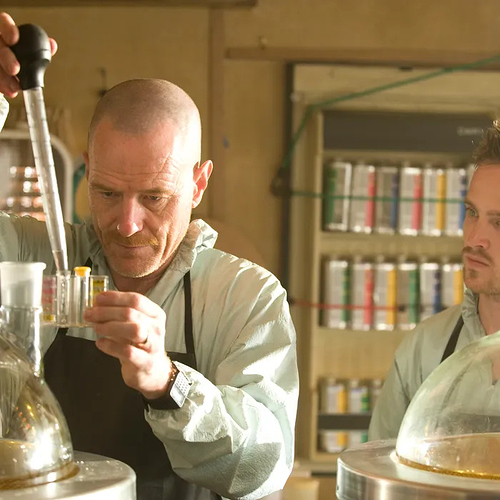 A little less than 48 hours. The extract is perfectly clear, transparent and very dark. You can see the bulb in the halogen lamp through the bottle. 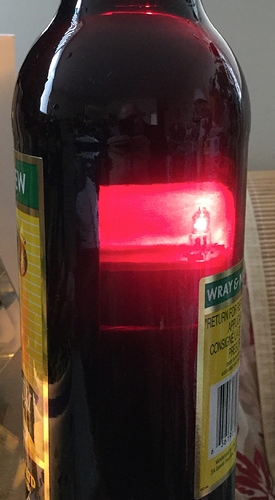 I poured a bit less than half the extract through a paper coffee filter into a smaller bottle. It’s clear, transparent and very dark. 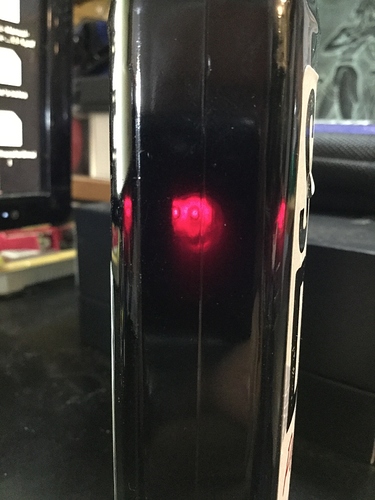 The extract smells and tastes a lot like Wray & Nephews rum. There is coffee flavour there, but needs more. 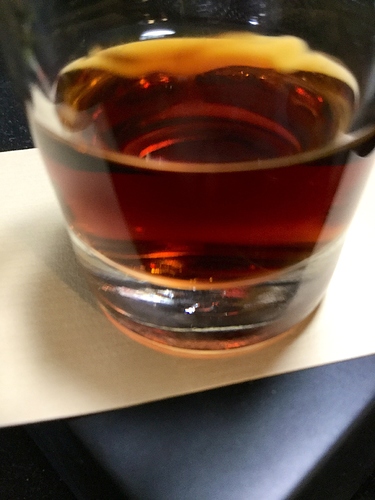 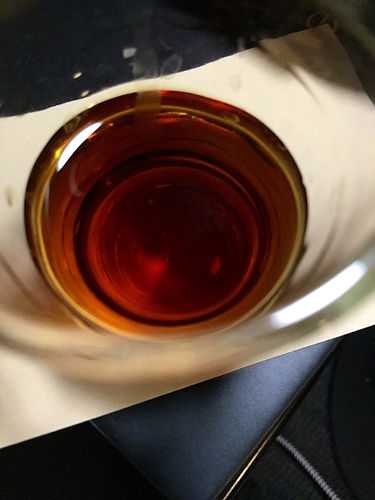 Here’s 5 grams of extract in 126 grams of club soda. Not much taste of anything although it smells a bit like coffee. The rum flavour is greatly subdued. Need to use more coffee! But I think I’m on the right track with this. Stay tuned, more to come. 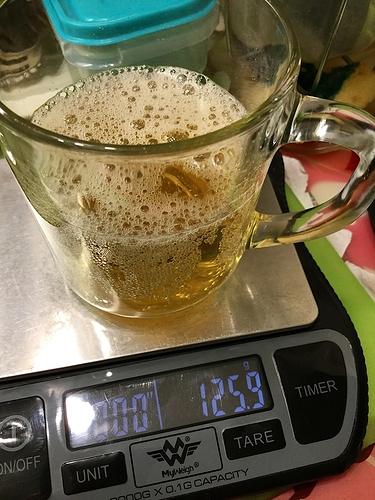 Results: not so good as an extract. Too much rum flavour not enough coffee flavour. It makes a passable ‘liqueur’ although because of the 63% rum rather strong. Watered down it loses pretty much any flavour other than ethanol ‘heat’. So onwards to the next experiment… 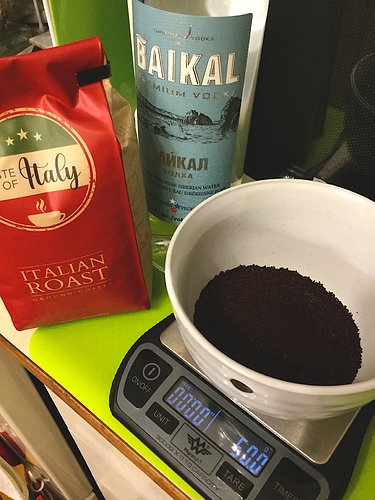 Coffee in the vodka: 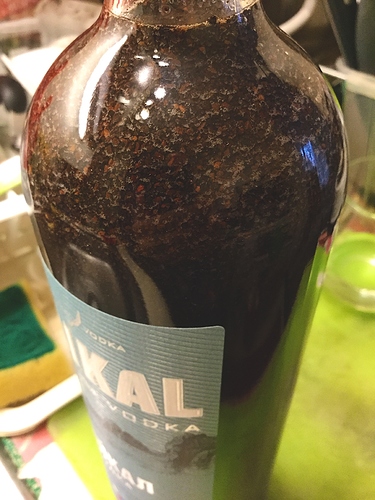 A little less than 48 hours. The extract is clear, transparent and very dark. You can see the bulb in the halogen lamp through the bottle, although not as clearly as with 25 grams of coffee in the first experiment. I would guess this is due to more solids still in solution. Will see if more settles out in the next day or two. 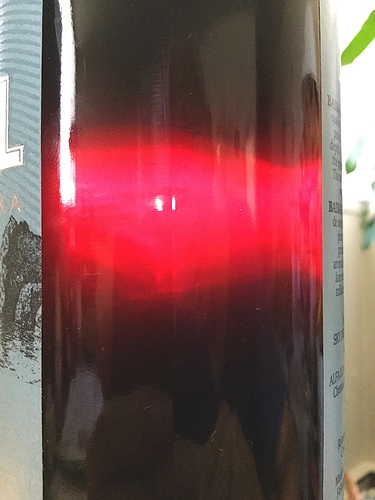 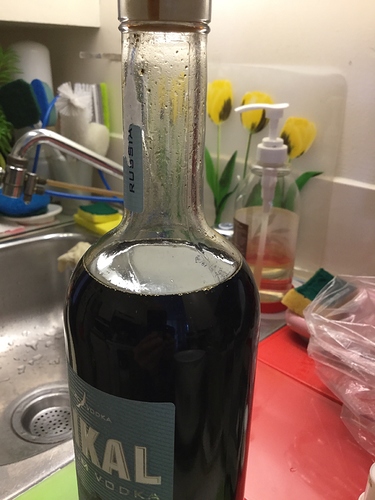 If the goal is to get carbonated coffee, why not simply make coffee and carbonate it, using a Sodastream or syphon?

I know, that’s probably too simple to be any fun. Never mind!

My goal is not carbonated coffee. I could do that very easily using my existing carbonation system illustrated here.

What I’m trying to accomplish is to create a coffee flavoured extract which could then be added to my carbonated water - yes - as well as potentially other stuff. As I noted in the OP, vanilla extract works OK but is very expensive. I do like lime flavoured water, but the only lime juice I’ve found so far contains carbs. So I continue to search for a carb-free lime juice. Real Lemon has no carbs, but I don’t particularly like lemon flavoured water although I’ve consumed it in a pinch.

As noted above exp #1 was barely drinkable. I’m hopeful that #2 with 40% vodka and twice as much coffee might be usable on its own as well as an extract. Another couple of days to taste testing.

My goal is not carbonated coffee. I could do that very easily using my existing carbonation system illustrated here.