Cholesterol test came - no doctor with keto knowledge to interpret them

I am on keto diet for a while now and did some blood tests. It came out rather alarming (or not?) but i have not found a doctor that can look at them objectively from keto perspective. Everyone just tells me that i need to lower the cholesterol like i would be on normal carb diet. Is there anyone that can look at it here? 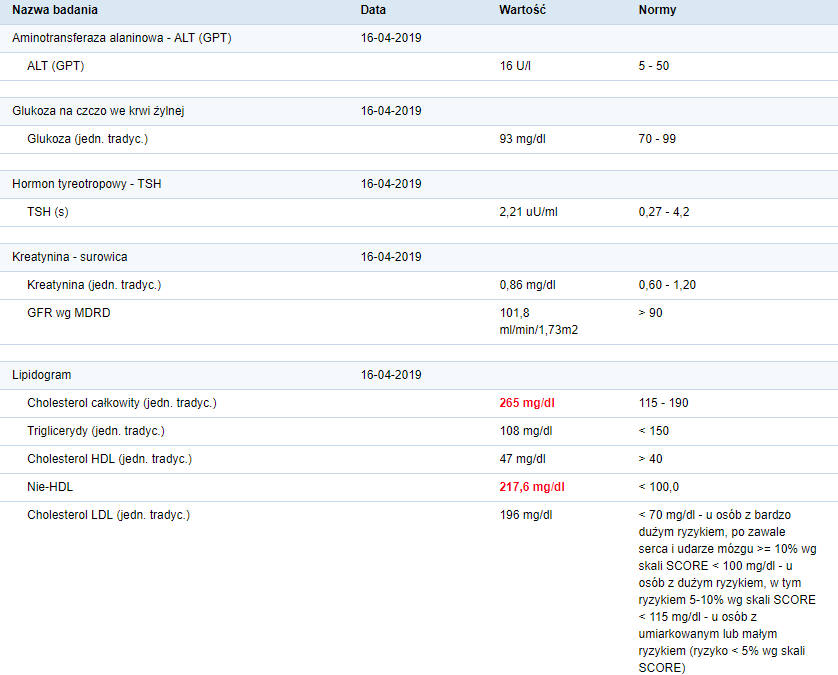 Hope you can figure something out of this. I’m wandering whether i should stop Keto at this point.

Anything under 2 is good. You’re a little high but probably just part of the journey…

I’m not a doctor but keto reduces oxidative damage and the risk of heart disease. It’s the glucose that causes damage. The LDL comes in to fix it.

As you lose fat, you’ll see more LDL due to fat being mobilized. Without glucose, you don’t get damage or plaque.

Get a CAC test if you want to get a real measure of risk. Watch Ivor Cummins’ videos.

On high LDL and why I think it's dangerous

I’ll definitely check out the video. Also thanks for making the tests little easier to comprehend

I really got used to eating keto style and would prefer to stick to it.

you can also get a sub fraction analysis on your ldl. light fluffy ldl is fine. you just dont want the small dense kind. triglycerides are still a touch high but should come down over time

To get things looking better faster a good quality fish oil will help in my opinion. I took 1600 EPA + 1200 DHA for about 6 months and everything had fixed itself with the triglycerides. I’m taking half that now to see how it affects my next test. Once you are not consuming vegetable oil your omega 6 is going to be naturally lower and the proper ratios are easier to maintain I think (no expert).

I got a bunch of blood work today too. Some numbers are out of range. I’ll see it through then tell the story here.

The nice lady at the clinic was cross with me about not taking the blood pressure med until they measured 123/60. Two years ago it was 160/?. Diet and exercise got that done, mostly exercise. Fasting glucose was 85, better than I expected.

First of all cholesterol has little to do with artery disease!
The length of the following answer is aimed at helping people understand basic issues versus the many misleading concepts widely promoted which depend on people NOT understanding basic principles.

Cholesterol is produced by EVERY animal cell on the planet because it is an essential component, about 30%, of ALL animal cell membranes; e.g .Cholesterol - Wikipedia which correctly outlines many of the issues (I am one of the many editors).

All life on the planet is based on fat organized water droplets, commonly called cells.

The dominant fat molecules which ALL cells on the planet utilize to control and organize water are called phospholipids; phospholipids - Google Search.

However, a fundamental problem with phospholipid bilayer membranes is that they are stiff and fragile (lack fluidity in the terms commonly used in this area).

If any cell membrane ever develops a leak or tear. what happens to the cell?
Answer:
It dies, extremely rapidly.

So how do most cells on the planet solve this fundamental requirement; nearly all prokaryotic cells and ALL plant cells?
Answer:
They build an additional layer outside their fat based membranes to protect their thin fragile membranes.

What is this additional layer called?
Answer:
A cell wall.

Why wall?
Because it is very thick and stiff compared to the ~15 times thinner lipid-bi-layer (i.e.two layers of fat molecules turned opposite directions) cell membrane; lipid-bilayer - Google Search.

While a cell wall can offer considerable protection to the existence of every cell membrane, does the cell wall strategy have a huge downside?
Answer:
Absolutely, each cell residing within a cell wall is within a jail and is unable to alter its size or shape without extensive rebuilding/modifications of the thick stiff cell wall surrounding the entire cell.

So do animal cells build a cell wall?
Answer:
No, that would result in animal cells having the same movement limitations as plants.

So what do animals do instead?
Answer:
Animal cells add another fat molecule into their bi-lipid layer membranes.

What is that molecule?
Answer:
Cholesterol; cholesterol=molecule - Google Search

With cholesterol molecules mixed in with the phospholipid molecules, animal cell membranes do not tear easily and are flexible, thus animal cells can change shape rapidly, animals can move and eat plants.

Since cholesterol is not, never has been, never will be the correct issue for artery disease, then what is?
Answer:
Lipoproteins (as first published 1950: https://www.ahajournals.org/doi/10.1161/01.CIR.2.2.161 , a result of 2 decades of prior research efforts ) i.e. proteins made by the liver and intestinal cells which are extruded though their cell membranes and self-organize in the water outside cells (extracellular water) so as to turn their charged amino acid groups toward the outside (i.e. water) and non-charged amino acid groups internally so as to transport ALL fats within these complex protein particles around the body within the extracellular water.

I has ALWAYS been these particles, NOT the fat molecules within (whichever ones are being transported) which have powerfully correlated with progression/lack of progression/remission of artery disease,

From several retrospective studies, in the US, over the last 20 years, what is the average TOTAL cholesterol BEFORE people have their first ST-elevation myocardial infarction (major heart attack in lay parlance)? 170 mg/dL.

Yet isn’t this called normal?
Answer:
Yes, but just one of many demonstrations that cholesterol has never and will never be the correct issue.

For myself and all clients (with rare exception), I never even both to check cholesterol concentrations.

Why? Because they are the wrong issue and do NOT correlate well with any health issues.

Keep in mind that the medical industry is not about health. It is primarily about disease, failures

When was this first figured out:
Answer:
The result of about two decades of basic science research work first published August 1, 1950: Blood Lipids and Human Atherosclerosis 1

What names have the lipoprotein particles been given, based on this original research?

LDL-P and all the larger particles are largely delivery protein particles.
A single LDL particle is composed of a single Apo-B organizing protein
along with 80 to 100 additional proteins and typically transports 3,000 to 6,000 fat molecules.
Which ones? Whatever ones are present, an issue which varies widely as a function of what people eat, how often, how much excess body fat and many physiology mechanisms still not well understood.

HDL particles (which have also long been subdivided into 5 subgroups) are the only particles with a primary role to remove unwanted fat molecules from cells.

So who started all the nonsense about cholesterol being the correct issue and for what reason?
Answer: US government

Why: Money (a weak effort to reduce cardiovascular events rates, based on only a tiny portion of research published over 20 years earlier: https://www.ahajournals.org/doi/10.1161/01.CIR.2.2.161) which were powerfully driving up the cost of the 3rd government mandated taxpayer funded (i.e. socialized medicine; for both votes & expanded government control) service industry in the US within ~15 years of the Medicare system becoming Federal law.

Summary, Implement the correct issues: Get a LipoScience NMR lipoprotein profile (currently LabCorp 123497), decrease LDL-P concentration (e.g. <400 nmol/L), increase Large-HDL-P concentration (the two largest of the 5 groups of HDL particles, i.e. the ones which are working) to at least over 9 umol/L and LP-IR <25.

Are these value normal?
No way, They are abnormally healthy.

I hope this helps.