No experience with SIBO, but you sound like you are on the right track. Minimize liquids with meals as well as taking the supplements you mentioned and in a few months, your system will probably sort itself out.

I had low stomach acid from 14 years of being vegetarian and I only had to take the Betaine HCL for a couple of months until my own production kicked in.

Also, it’s easy to be low on fat when eating ZC and this can cause fatigue. Add some butter/bacon fat or tallow to your meat.

If you have SIBO then you have an overgrowth of the wrong bacteria in your gut, leading to syptoms that often mimic IBS.

My opinion would be that the wrong bacteria can only flourish when they are fed foods that allow them to flourish. And if you check out lists online of foods that do and don’t promote SIBO, then you will find that the ZC/Carnivore foods lists are all beneficial. 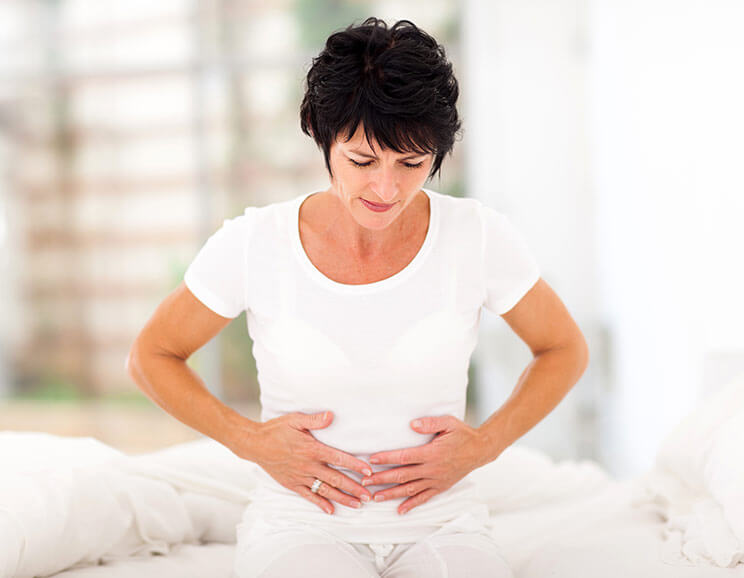 Bloating, gas, and stomach pains are just a few of the signs of gut-wrecking SIBO.


Basically, by switching to ZC you will cease feeding the harmful bacteria and they will starve and die off. This may make you feel ‘weird’ for a while, but it passes (literally

). A large percentage of fecal matter is actually dead bacteria.

Worth remembering that any pattern of restricted eating (fasting, vegetarianism, ZC, GF, etc. etc.) will cause some kind of bacterial die off because the bacteria that rely on the absent foods must either adapt or starve. Not necessarily a bad thing, but worth bearing in mind that when/if we re-introduce those foods back again, it may take a while for the bacteria to repopulate. Sometimes they don’t repopulate easily (e.g. after antibiotics), and people choose to take pro-biotics or specific bacteria strains to create a community of beneficial bacteria.

Can someone explain this to me.
If I go strict Carnivore/Zero Carb my mood drops significantly to the point of depression. I bloat. I have no energy. My bowel problems continue and I can sleep for 12 hours. Completely Zapped.
However if I add 50g of macadamia nuts or raspberries Most of my symptoms improve. Apart from bowel movements.
Now I don’t want people to say, “why don’t you just keep eating them?” because that’s just covering the problem with a band aid and not understanding the root of the problem. Everyone else seems to thrive on Zero Carb without these issues.
I’ve tried high fat, lower fat. High sodium, lower sodium. Organ meats and without. Vitamin supplements. Betaine HCL (I’m up to 14 capsules with no effect!). I can’t understand this f#cking thing!!! I want my life back.

How long are you going carnivore for?

I did an initial 30 days. Strict meat and water. I experienced all the above. But there was enough there to suggest it could work. I’m going to have to give it a full 3 months I think but it’s so difficult to do with everyday life feeling like I do.

So try this: drop all the vitamins and supplements and just wat the neat you like and can afford for this period. Salt only if you feel like it’s a craving. It’s tough but it just takes some folks longer to adapt. And the issues can be problems you’ve had laying dormant, working themselves out. This happens sometimes with gout, and people blame it on the diet.

I’m a carnivore who requires supplements. I take a prescription potassium and still use No Salt to add more to my foods sometimes. If I don’t take magnesium I will cramp and get migraines. I take B12 sublingual every day because even with the diet of the average puma, I still test low. And I salt the everlovin shit out of my food and my coffee.

I think you said you didn’t want to go back to the doctor, but if you can find a keto friendly one (Ken Berry has a video on how to find one -check his YouTube channel), go and get your thyroid checked with a full panel.

If you let yourself get used to feeling awful, you won’t even know you feel awful anymore. Then when you feel better, you’ll be so surprised! Don’t do that!

I assume it is just adaption and I’ve got more problems to work out than others. But as you say, how long do you accept feeling shit for before saying this aint working.
I am fairly confident I’ve got bad bacteria overgrowth (Candida). I’ve read that when you starve these out they get pretty pissed off and can release toxic chemicals to try force you to cave in and feed them. I struggle to contend with the ‘unkown’ element of going through this process. But by all accounts we’re all designed and capable of eating meat and just meat if necessary. So if it’s not working then it’s me, not the food.
I’m supplementing pretty heavily. I have played around with Sodium but it’s been a while since I went heavy with it. I’ll look at some Himalayan Sea Salt. The one thing I suspect I’m not getting enough of is Potassium. Perhaps I’d benefit from Bone Broth. That’s a good source right? I’ve been eating Liver, Kidney, Marrow and Fat Trimmings so I’m giving it my best shot. No dairy. I want to feel optimal desperately so I can get back to living life.

I’ve even spent a ton of UK £££’s on grass fed high quality beef, lamb and wild game. So frustrating. Especially when I don’t enjoy the taste as much as commercial meat.

Yes, those are all things to try. Rock sea salts like pink are lower in sodium but do contain trace amounts of other minerals. Bone broth is healthy for anyone. The organs are good too but most vets deem them unnecessary for the most part, since the RDAs established don’t take into account A) low carb or B) ZC, and their effects on the body’s nutrient “storage” or “retention” (quotes because the vocabulary may be off here, and it’s fairly uncharted territory).

Have you read any of the old books? Fat of the Land?

How much are you eating? Sometimes it takes 2kg/day to get adapted

Also, I’m not certain about exogenous vitamin D on zero carb. More than one person on the ZC subreddit have reported very high levels (over the recommended limits) on blood tests while supplementing as little as 2-4000IU (which seems like a normal dose daily for SAD dieters).

I’m playing a lot of golf, walking and running everyday in a good patch of British sunshine so my Vitamin D should be naturally good. I am very active so that might be an issue during adaption. I can stomach around a 1kg - 1.5kg a day but with my digestive issues and gurgles whenever I do I kind of dread it. The Betaine HCL might of quietened that down a bit but at 14 capsules and counting without the stomach ‘warmth’ that they say to look out for I’m not sure if it’s th capsules or my body that isn’t working.
You’d think there’s enough here to say it’s not for me but I love the freedom, the satiety, the simplicity, the absence of cravings. That all just feels right. And like I say, we biologically evolved to eat meat so if I’m struggling with it then it’s because of prior damage.
I haven’t read the books yet. I want too but when you’re in the middle of something else I try to finish that first. I’m determined.
Sometimes I question what I’m after and maybe this sub par feeling is kind of all I’m going to get. My main reason for doing this is for mental health. I suffer with depression and anxiety, I believe this is due to inflammation possibly caused by plants. @amber experience of stabilising her bipolar keeps me going. As well as Mikhaila and Jordan Petersons experiences of stabalising mood and mental health.

What are some other people have recommended unless your physician requires you to take that medication I would wean myself off of that and although it’s not zero carb advice possibly try some ox bile to help with digestion. I also found out that if you are careful not to drink a lot of water before eating that can help as well. My personal observation 21 months keto and 5 months carnivore and I haven’t had a gallbladder for 45 years. But I don’t take anything now and I have no digestive issues at all.

Yes I found that with water and also cooking my meat all the eay through seems to help. I think I will knock the Betaine on the head because I see no effects from it. Perhaps go high sodium again and get bone broth back in. How did you find the Carnivore adaption @Elizedge?

That means not drinking anything for at least an hour before you eat.

And probably after as well.

Definitely after. If I drink 20 minutes after eating the gate opens.

I very arrogantly assumed I wouldn’t have much araptation since I was very strict keto for such a long time, but I was falling asleep at my desk and having meat sweats for about six weeks. I don’t recall many other changes other than the happiness my gut felt not having to process fiber for the first time in its life.

Do the research but meat has all that you need some of the long-term veterans 10 years and longer don’t even use salt. Look at all the creatures that he carnivore and they don’t take any supplements so it seems to be working for the dozens and possibly more of the veterans with 3/5 and 10 years experience. I don’t take any supplements and don’t notice any side effects but I am taking a water pill for lower leg edema that I’m hoping to get off of. That’s one of my goals in going carnivore. http://www.zerocarbhealth.com/index.php/2017/01/31/tweaking-the-zero-carb-diet-dont-do-it/

Oh I am completely sold on the research. It makes sense to me. I always compare it to our nature tv shows here in the UK. Every other species has got it all sussed out. Acting on instinct, no complication, eating to survive and without supplementation or chronic illness. I’m yet to see a Lion with a gluten intolerance or a dolphin with diabetes, yet! I’m all for Ancestral living. I’m one of those barefoot folk. I think the adaption for me seems harder than what others report. I think ramping up my salt and potassium is a good course of action. Then dropping most other things so that my body relearns its role in this messed up process. Chronic constipation for 7 years is enough for anyone. I’m just going to have to suffer for a bit it seems.