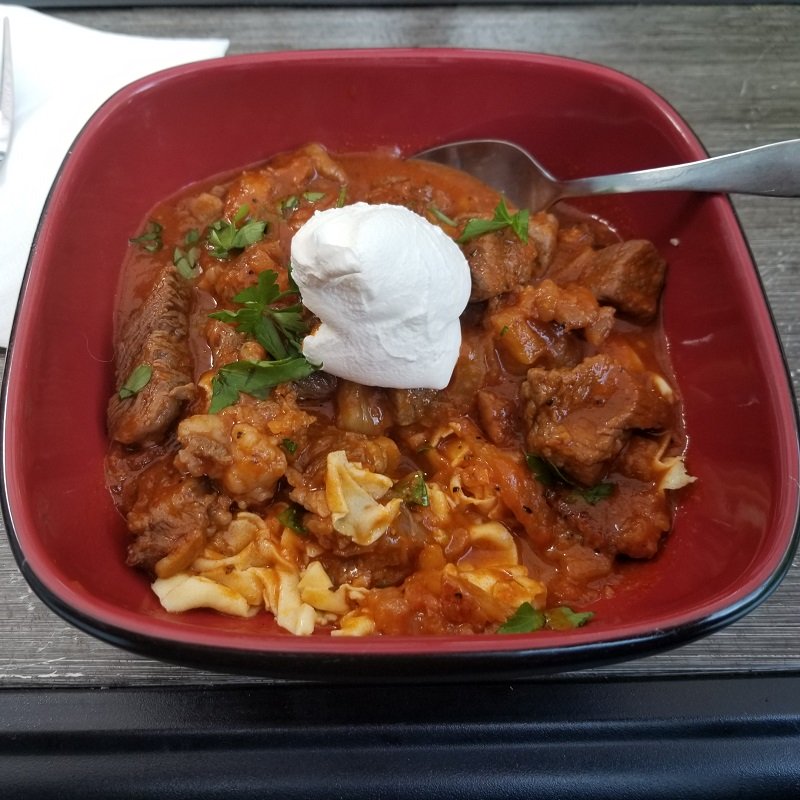 “Goulash is a stew of meat and vegetables usually seasoned with paprika and other spices. Originating from medieval Hungary, Goulash is a popular meal predominantly eaten in Central Europe but also in other parts of Europe. It is one of the national dishes of Hungary and a symbol of the country.” - Wikipdia

I used to eat Goulash before I went keto. Of course, it is usually served over noodles or with potatoes in the stew itself, and always with bread and butter. So, naturally, I hadn’t had it until I served some up over bZoodles and fell in love all over again.

This is a basic Goulash recipe, except that I’ve modified it to be more low-carb, and subsequently more delicious, than any other recipe I’ve found.[wpurp-searchable-recipe]Carl’s Ribeye Hungarian Goulash - - fatty bacon (raw, chopped), olive oil (extra virgin), butter, ribeye steak (chopped into bite-size pieces), fennel (shaved or sliced very thin), Tomato paste (6 oz.), chicken stock, garlic (minced), paprika, onion powder, Black Pepper, lemon juice, bay leaf, Sour Cream, flat-leaf parsley (chopped), , Cook the bacon in a Dutch oven or a pot over medium heat until crispy and fat is rendered.; Add olive oil, then add the shaved fennel to the pot and cook until soft, about 8 minutes. ; Add chicken stock, tomato paste, garlic, paprika, onion powder, black pepper, bay leaf, and lemon juice.; Cover and simmer, stirring occasionally, for 30 minutes.; Place the beef cubes into an appropriately sized bowl and sprinkle with salt and pepper. ; Brown the beef in a skillet over medium heat, stirring until browned on all sides, about 8 minutes.; After 30 minutes of simmering the Goulash, add the beef with 4 tbsp of butter. Simmer for 10 minutes.; Remove bay leaf and chop the parsley.; Serve with a dollop of sour cream and a little parsley for garnish.; ; - [/wpurp-searchable-recipe]

That sounds really good. I suppose I could use another meat than ribeye if needed. I love ribeye but can’t imagine using it in a dish.

I think it’s running $11 a pound or more right now.

As an ethnic Hungarian, I have to object to the use of sour cream in gulyas! Hungarians love sour cream and put it on a lot of food–but not gulyas. I, however, commend you in breaking the rule, because I loved my gulyas with sour cream.

My husband made this last night, with a few modifications and it was good.

Because we were planning for it to be the only thing we are that meal we planned to each have two servings. But doing that would put my carb total around 26g for the meal.

We dropped the fennel and used Rao’s Marinara in place of the tomato paste, which dropped the carbs by about 5 (per serving). 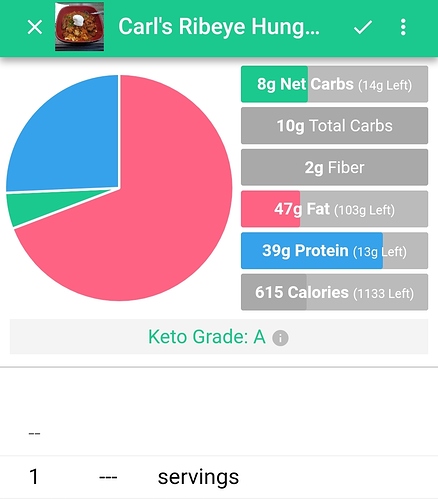 Hey Carl. Thanks for the recipe! I made it yesterday and it turned out really well. I simmered my meat for 1 hour in the stew however, since I used a tough cut (blade roast). I also added mushrooms because they needed to be used. Thanks again and Merry Christmas.