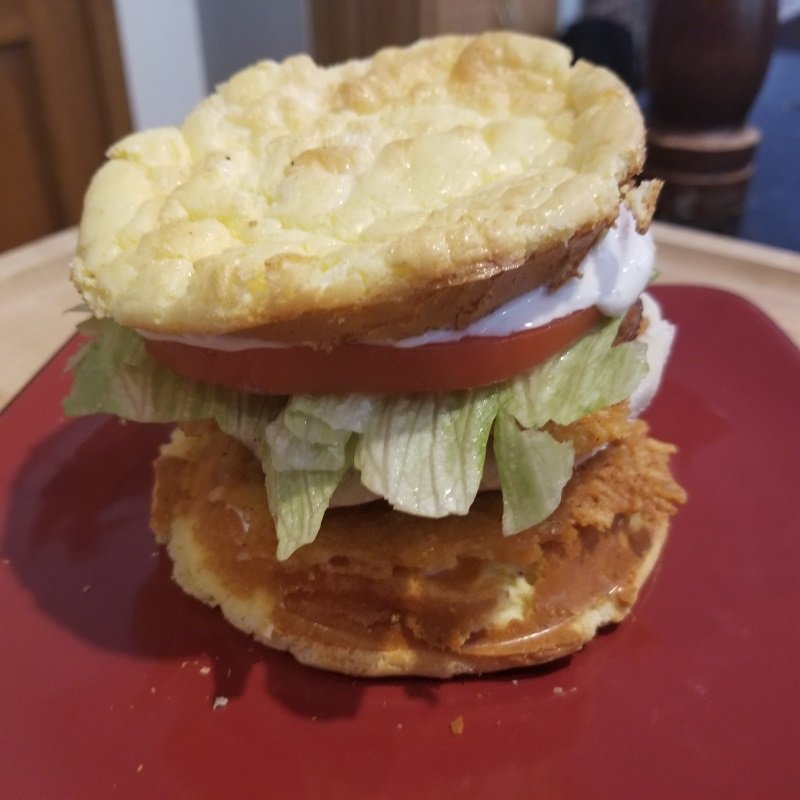 20190514_144325.jpg800×800 65.9 KB
[wpurp-searchable-recipe]Carl’s Keto Spicy Asiago Ranch Chicken Club Sandwich - This fast food favorite used to be a staple of my diet before I got diabetes and went keto. The flavors are intense, and from time to time I really miss it. I recreated it in the best way I knew how, and the results were outstanding. Now you can make this at home just like I do. It takes a while to make all the components, but you can make them ahead of time and put them together quickly.

For the roll I opted for oopsie bread because it's soft and delicious. I made the bacon in the oven, and cooked the chicken breasts with the sous vide method using the Anova Precision Cooker. You can cook your chicken however you like, but if you want the chicken to melt in your mouth, sous vide is the way to go.

The star of the dish is the crispy Asiago that lends its sharp flavor as well as the much needed crunch missing from the chicken.

I cook my bacon in the oven on a cookie sheet at 290F for 20 minutes or until crispy.

Nomz. Eat all the food…