Blood sugar snag post shredded pork tenderloin (it is, in fact, possible to get too much protein without feeling the effects of azotemia)

In the first post I ever made on this forum (sorry about that ####show, folks) I was panickedly talking about my prehyperglycemia problems that I was having after a protein load that was drenched in fat but no sugar. I was symptomatic, too, with polydipsia and polyuria. A friend of mine who has gone practically full carnivore (after finding that LCHF helped with his asthma, which flared up for years straight 3 years after he had gone on the LFHC diet of commerce after being dormant for 20 years on a farmer’s diet) also notes that he’s extremely thirsty and has cravings if he consumes a lot of lean meat, and he’s not confounded by having a meter. So make this an n=2 anecdote.

After the 40 hour rollercoaster of… I’m pretty sure it was steroid diabetes (but then why would it seemingly resolve in 24 hours?! Weird stuff.), that was marked by self-feeding high stress from that thread I noticed if I went on a low protein diet (the hot chocolate/whipping cream cleanse was the first iteration. Now I’m doing a custard cleanse and I think I’ll carry this through for a minimum of two days) for just 24 hours the high blood sugar practically vanished overnight(?!) and it went into the upper-normal region. Normal for me is high 3s and 4s, so upper normal would be high 4s. It’s confounded by it being a less stressful diet (being able to drink hot chocolate for every meal is pretty indulgent!) and my attitude being less stressed from other things (interspersing ex-vegan stuff with wordless music instead of binge-listening ex-vegan videos).

Once I’m stabilised on this diet (which, mind, can’t last very long, because it’s so low-protein and expensive) I’m going to re-add pork protein, but in a smaller quantity, and see how that affects me. I’m going to do that without adding ex-vegan videos back in.

How much of the pulled pork did you eat?

A large protein bolus can raise insulin, which would decrease ketones and result in an increased glucose response. This might have started a cascade effect where you couldn’t get back into ketosis for a while afterwards.
As to the ammonia, yes excess nitrogen will eliminated via the urea cycle also sweated out through the skin. Did you notice a strange aroma?

Increased ammonia levels may be related to mood disturbances before azotemia.

Enough protein to court ammonia toxicity is an enormous amount of protein, over 3 g/kg of body weight. That is actually hard to achieve, since the instinct is usually to stop eating long before that point. One poor participant in a well-known overfeeding study broke down in tears at the thought of eating one more pork chop.

There is a rare genetic disorder which increases the chances of ammonia toxicity. 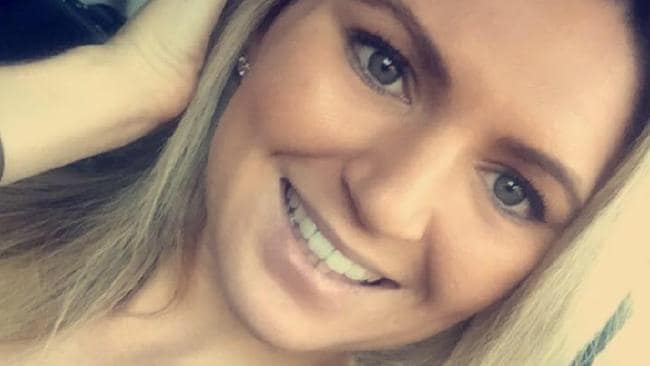 A WEST Australian woman was killed by a strict diet of protein supplements, shakes and egg whites.

[Also, liver and kidney (dys)function play a role in how ammonia is handled.]

No. No strange aroma.

I think I ate around 300g of pork tenderloin, drenched in beef fat.

The hypothesis I’m laboring under is that substrate push combined with stress from heaven-knows-what (probably watching a ton of ex-vegan interviews) drove blood glucose high.

All those can exacerbate each other and cause a downward spiral. Hope you’re feeling better.

Way better on my low-protein elimination diet (custard monodiet). This can’t last of course, because I’ll be in negative nitrogen balance (also expensive), but eh.

All of the symptoms I’ve had seem to be glycemic symptoms.

I think I ate around 300g of pork tenderloin, drenched in beef fat.

I would not think this is even remotely enough to be worried about - we’re talking about 2/3 of one pound, with protein (~25% of the meat) being thus 70-80 grams or < 3 oz. I realize that things are ‘not always equal,’ but I’ve downed 10 times that much before, and know of people eating far beyond that - even a moderately small woman eating over 6000g of beef at one sitting, without problems.

There’s of course a stress axis to this whole thing but I refuse to believe that substrate push is unable to cause hyperglycemia from gluconeogenesis, in susceptible individuals. I know not really how much pork I had, and correlation isn’t causation.

I’m on a protein elimination diet (egg yolks and whipping cream - maybe 20g of protein per day) for a few days, and a stress management intervention that involves reducing the dose of ex-vegan interviews, and listening to music like I used to. Of course I’ll reintroduce protein eventually - I don’t want to waste away. In fact if this experiment doesn’t end in 7 days I’ll probably reintro anyway and just tell my GP that this is a thing that happened and I think I need my C-peptide pulled.

I don’t know which is more likely to put the brakes on GNG.

I guess it’s a case of ‘watch this space.’

I uneliminated protein and… the blood sugar seems to be down from a few bites of scrambled egg? That’s gotta be confounded somewhere. Probably stress. But I mean… negative nitrogen balance is a stressor, and stressors raise your glucocorticoid levels.

Also, I haven’t waited like half an hour between the bites of egg and the test. Another confounder.

Ice cream seemed to bring it up .1.

Am I blogging at you too much here?

@ellenor2000 Can you explain this hot chocolate and custard cleanse a bit more? I am all at sea with that concept.

It’s where the only caloric nutrition you take in is whipping cream and egg yolks. Very low-protein.

I’ve broken it now (had some of the pulled pork I thought was the problem) and my blood glucose doesn’t seem to be a dumpsterfire anymore. It’s still high (high 90s, low 100s in American, mid to high 5s in European) but it’s not a clear and present danger anymore.

Hot chocolate in this case is only caloric because I add whipping cream to it.

Ahhhhhh, I was perplexed because I thought you were following a carb protocol. Thank you for clearing that up for me!

Is Truvia non-insulogenic for you? I’m glad your blood glucose is behaving a bit better now!

I don’t know. It probably does elicit a CPIR. After all, that’s true for all sweeteners. I don’t test ketones, after all, so I don’t really know.

My focus is to not go into full-blown prediabetes, because I used to be extremely obese and “know in my heart” (i.e. guess) that if I had tested my blood sugar then in the carehome like I do now, I’d be a typecast diabetic and I’d probably be on bolus insulin because they’d be forcing me to eat a carb diet.

I really don’t actually care about ketones that much. If I could test them without going broke, I would, but blood glucose is more important to me. Blood glucose (both fasting and postprandial) is where you get complications of prediabetes and diabetes.

I was in that “1 liter of juicebox per day” zone again. Of course I was quenching that with water, which worked fine, but holy tabernak that was a throwback. Like, when two years ago you felt like you were getting glycated, then your mind is clear for 15 months and you feel like you’re getting glycated the next day… you really start thinking hard. You stress over it. That messes up your blood glucose even more, and it’s kind of a total self-feeding mess.

I’ve still not backed fully off the brink of prehyperglycemia but I’m seeing now the light at the end of the tunnel. I’m still a bit cloudy in the head but I’m not weak and firing on five cylinders like I was. It’s more like the mixture’s stuck a little too rich than a multiple-cylinder misfire, if anyone with experience tuning an automobile is reading.

If anyone is still watching…

I’m getting high 6s blood glucose 24 hours fasted. If it’s still this bad by the end of the day…

You may have just opened the floodgates to lipolysis and flooded the system with FFA while lowering insulin. Give it more time to stabilize.

That adds up, but I broke the fast (I’m so sorry for disappointing y’all… I just don’t wanna go blind ok?) and my blood sugar went from the 6s mM to 4.35 mM (that is, 4.3 first test, 4.4 on the repeat because I thought the strip was duff) with no negative physical symptoms. The positive symptom was a feeling of… I guess, regeneration?

my hunter friend thinks that my fat tissue is toxic so inflammation from that toxicity may have raised my blood sugar some? It’s probably complete pseudoscience but

and know of people eating far beyond that - even a moderately small woman eating over 6000g of beef at one sitting, without problems

I’m a fairly large person. I don’t think I could eat 13 pounds of beef at 3 sittings.