Beer fast. It’s a thing. I invented it 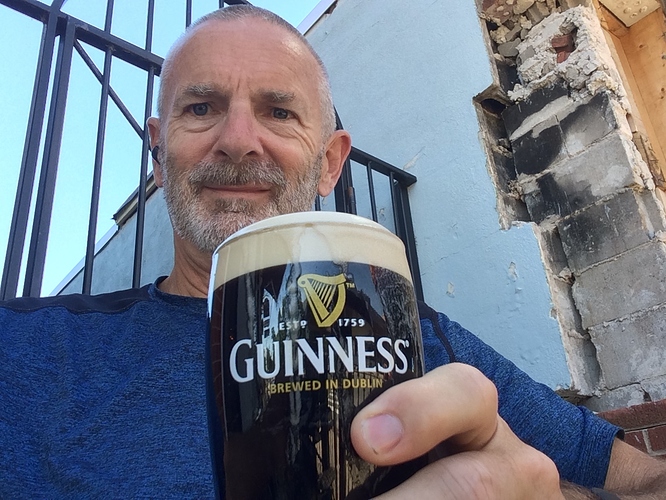 So, basically it’s a 20 hour fast. You get up at 01:00, do two 250 km limo runs to the airport, do a 5 mile walk in the late afternoon, one hour of this walk must be shirtless for vitamin D exposure (ladies may elect to wear a sports bra, your call), then near the end of the walk stop at a downtown pub for a craft or special beer. Continue home, eat.

My last beer was after my successfully completed first (and last, for now) half-marathon. I’ve cut beer from my roster, since it’s so carb dense. I don’t really miss beer, and I’ve enjoyed beer the precious few times (2 or 3 glasses total?) I’ve had over this past year.

Ah, Guiness! I used to love it, but unfortunately can’t remember too many of the occasions when I had it. They must have been fun, I guess. . . .

The physicist Philip Moriarty did a YouTube video on the Sixty Symbols channel about the bubbles in Guinness.

Ahhh…this kind of thing (from what I have been told) is sort of frowned upon in the actual fasting area (pictures of food or drink). Great for Humour or Alcohol but I don’t think they want this here.

Yeah, I forgot that.

Thanks to the admin for the relocation.

Kirk, that is one beautiful glass of Guinness. That creamy, dry, roasted coffee taste with a background of chalk, cocoa, chocolate, maybe just a hint of molasses…

I agree Doug, I love a cold Guinness. I developed a penchant for it after a couple trips to Ireland on a project. Here’s a nice local dark beer I enjoyed today at the seven mile mark of my ten mile walk. I have been driving a lot the last few days with my ‘part time’ retirement job as a limo driver. Missed a few walks, so made up miles today. 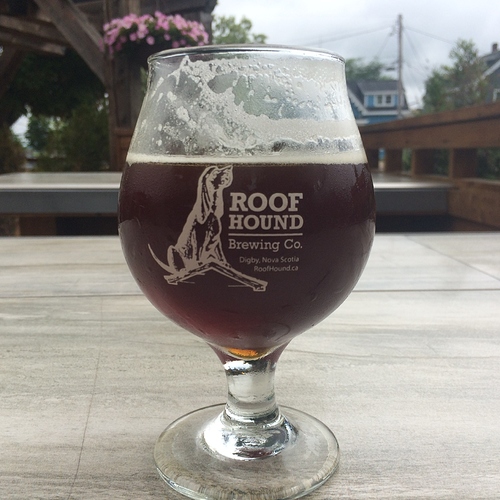 I used to live one exit north of the Halifax airport on the 102, little place called Enfield.

We’re practically neighbours. I grew up in Bedford and live in Wolfville now. Where are you now?

Atlanta, Georgia is home but go all over the U.S. Born in Ohio then later worked in Canada for 9 years, living in Nova Scotia for 4. Thank goodness that Guinness is available just about everywhere.

When I was reading up on different things (discovering keto), I was wondering if that would work. It’s still tempting to do an n=1 experiment, but the lack of fat and very little protein doesn’t exactly align with keto.

My favorite is Captain Bastards Oatmeal filtered stout. But since keto… no go… oatmeal ya see.

I still have some craft brews but have really cut back after starting keto. I also switched to Corona Light for my go to beer. I tastes like water but I gotta do what I gotta do.

Definitely not keto, but this guy is losing weight doing nothing but beer. 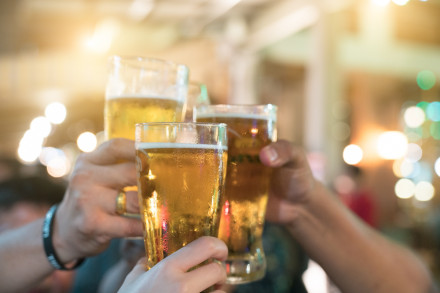 The Man Who Vowed To Give Up Food In Favor Of Beer For Lent Has Already Lost...

News broke this week of the virtuous man who has committed to himself to God during Lent by taking on a diet consisting of primarily beer.

[1] “…Iso-α-acids, the bitter compounds derived from hops in beer, have been shown to prevent diet-induced obesity by increasing lipid oxidation in the liver and inhibition of lipid absorption from the intestine. …” …More

[2] “…Manufacturers recommend a longer steep for a stronger flavor. Once you remove the tea bag (or whatever device holds the tea leaves), you’re left with a warm beverage that has taken on the flavors from the once dry tea leaf/spice mixture. Okay, now picture the same process but with malted barley steeping in water in a giant spaghetti pot on your stovetop: your first small batch of homebrew is underway. As the water boils away, the enzymes in the barley, put into a hungry frenzy by the heat, start breaking down the starches, turning them into sugars. These sugars will eventually serve as the food for yeast, which turns them into alcohol and carbon dioxide. As the boil progresses, you’ll likely be adding hops at varying times depending on the recipe. After about an hour, the boil is complete and the grain bag (which looks just like a giant tea bag) is removed. The flavors from the grain (as well as the hops) have been imparted to the liquid. Once the grains are removed from the pot, the liquid that remains is called wort. The wort is then rapidly chilled, poured into a fermentation vessel (carboy) with some yeast, where it rests for two to three weeks until it’s transferred to a secondary fermentation vessel. Wort, then, is the liquid foundation for all beer. …” …More

[3] Precious Stones by W. T. Fernie, M.D. 1907 pp. 232- 233: “…I especially want to emphasize the fact that the beer originally drunk was much more of the nature of barley-tea than is the beer of to-day. Anyone who has been to the old farmhouse breweries will know what I mean when I speak of sweet wort, which is really malt tea. It is composed of malt barley put to stew, and soaked in large quantities; and the liquor of which, on being drawn off, is really strong sweet beer. In my opinion herein was the essential value of the early beer, or, as it really was, malt tea. I fully believe in this form of beer. I think that the alcohol of beer is an injurious addition, ‘to make it keep.’ This malt tea contains, moreover, a substantial amount of nerve-food; we use it in our hospital to a considerable extent." …” …More

I can imagine u being all exhausted after the run and seeing the bar sign and being like pffffffff F it, gonna go get some.