Backpacking on a caloric deficit . .

Is there a limit to how many calories you body can burn of it’s own fat per day doing vigorous exercise like backpacking? I plan on testing it but was looking for a number to start out with such as . . . expect to burn 3000 calories and plan to eat only 1800 . . . will my body be able to access enough to make up for the loss. Has this been tested?

Are there known limitations

Your body can only draw a certain amount of calories from fat from your body.
Check out Richard’s calculator - Can someone please explain Richard's calculator?

You’ve done this sort of thing many times Hap, haven’t you developed a sense of how far it’s okay to push your body like that? Sounds like not enough food to me personally. I’d rather be carrying a little extra than running out of gas before I finished. Have a great time.

I havent completely run out of gas yet to the point that eating actually gave me more energy or that I got light headed (like from fasting without being keto adapted) but Ive also never eaten less that 1800 calories on an all day hike. It’s always my feet that fail me first towards the end of the day . Ive always hiked on a calorie deficit but never tested the limits. I’m going to do 50 miles at high elevation (9,000 to 11,000 ft) this weekend but this is too short a distance for a good test. I’m only doing this hike as a training hike for my legs since there’s too much snow still to test it to 175 miles so I’ll do a longer section a few weeks later when more snow has melted.

But I guess another test would be to eat very little the first few days and then eat nothing one day and see how long it takes to hit the wall. Then repeat every few days to see if it keeps improving.

I should have started this 45 years ago

You’ve done this sort of thing many times Hap, haven’t you developed a sense of how far it’s okay to push your body like that? Sounds like not enough food to me personally. I’d rather be carrying a little extra than running out of gas before I finished. Have a great time.

Too much sugar but I will take more food than I plan on eating this weekend. The scuttlebutt is that there are plenty of inexperienced hikers in the John Muir Wilderness that take way too much food and are happy to unload some of it on another hungry hiker

Looks to me like it’s saying that if I’m burning 3000 Kcal per day I will need to eat about 1900 to not experience a slow down. Some calculators say i’m burning more than 3500-4000 cal per day backpacking . . . based on my weight being 195 and a lean body mass of 160 (I don’t know what it actually is but Ive been as low as 152 with cancer) Apparently the more fat you have the faster you can access it but the lighter you are the less energy it takes to carry your own body up a hill.

The calculator is based on this article https://pubmed.ncbi.nlm.nih.gov/15615615/

I suppose the test is to weigh yourself and your food and go on a hike and see how much you lose over a long enough time or see how long it takes to get to your lean body mass. 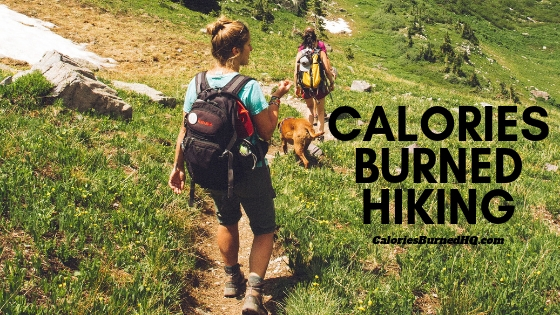 Calories burned hiking calculator - Enter your weight, backpack weight, distance & choose the type of hike to work out how many calories you burned

@Hap (and @ava_ad0re) that calculator is based on a study of calorie restriction on a high-carb diet. Totally different hormonal situation and reduced ability to access fat stores compared to someone who’s fat adapted and eating keto.
There’s probably a limit to what we can access but it’s highly individual, and I definitely wouldn’t use that starvation study as a guide.

Not the one I posted.

Not the one I posted.

Maybe I’m missing something. Weren’t you referring to Richard’s calculator that’s been on the forum for a while? Here’s his explanation of how he got his numbers:

We know the maximum rate that body fat can transfer energy thanks to A limit on the energy transfer rate from the human fat store in hypophagia – Alpert (2005) This paper used Ancel Keyes’ Minnesota Starvation experiment data and a little calculus to derive the value of (290±25) kJ/kg day or (31.5053±2.72) kCal/lb day as the maximum rate that energy can be drawn from body fat.

and this is what the men were fed for the testing part of the study:

You seem sure, and I know that you’ve been around for a while! If you know of a different calculator, I’d be interested to see it. (Maybe Richard came up with a second one since there are clearly some issues with applying this one to fat-burners?)

[edited to quote Katie’s post so that it all makes more sense!]

You seem sure, and I know that you’ve been around for a while!

I would have to say after re-reading everything that perhaps I was wrong, yes. Maybe I have misunderstood his calculator the whole time! But it has worked for me, lol, so I don’t know!

I would have to say after re-reading everything that perhaps I was wrong, yes. Maybe I have misunderstood his calculator the whole time! But it has worked for me, lol, so I don’t know!

I think that the calculator probably can work for some people, and maybe especially in the beginning of their LC/Keto journey (though I don’t think it was early on for you, right?). There’s probably enormous variation from one person to another, and I’m sure that fat-adaptation figures into all of it in a significant way. Based on what we know about insulin, it just stands to reason that someone eating 1600 cal/day of mostly carbs wouldn’t have the same access to their fat stores as someone eating ketogenically or fasting.

I came across the calculator after I had finished a hot yoga class on the 3rd or 4th day of a water fast. I was already fairly lean and I felt amazing, so it just didn’t seem to fit. When I looked into the study that was the basis of the calculator it made more sense.

I still have not found the limit. I backpacked 45 miles and thought it would take me 35 hrs eating 1800 calories but I ended up doing it in 28 hrs. (two half days and one full day in between rather than three full days)

@Hap (and @ava_ad0re) that calculator is based on a study of calorie restriction on a high-carb diet. Totally different hormonal situation and reduced ability to access fat stores compared to someone who’s fat adapted and eating keto.
There’s probably a limit to what we can access but it’s highly individual, and I definitely wouldn’t use that starvation study as a guide.

I agree, the calculator says I shouldn’t be able to do multiple day fasts and I rarely do that but I feel nothing uncomfortable when I do it.
But I could pretty easily do a 120 hour long fast with less bodyfat in my high-carb times too so I am very sure the personal differences are big (ketosis helped there though, after some days).
And people can keep going even if they reached their limits and their body can’t get enough energy from their bodyfat. Surprisingly much muscle can be lost in a single day but it inevitably happens in extreme situations when the stubborn capable person doesn’t stop and needs the energy from somewhere. I read about 12000 kcal energy need vs 2000 kcal food, for days. Maybe normal people would fall or give it up but there are determined and experienced ones. Amazing what our body can do.
According to my body signs, my ~30lbs fat isn’t enough to enable a big deficit, I always get hungry, less so if I am more active and couldn’t try extreme activity, 10 hour hiking was the most I did - but fasting is something else, that’s easier. Lots of lean people do longer fasts, there must be a serious individual factor. It matters if someone is used to fasting too… Too many factors and personal differences, it simply can’t be calculated how much fat we can get from our body per day.

My husband and I do at least one backpacking trip a year, and we carry around 2000 and 2500 calories a day each, respectively. He loses a few pounds, and I gain a few. It all evens out in a week or so. How low carb were you? Incidentally, a lot of the extra food on the John Muir Trail could be from people not picking up their food at Muir Trail Ranch because they never made it that far. Then dummies like me come along and say, “Hey, Free food!” It’s not free when your climbing out of the canyon with 40 pounds on your back!