Baby explanation of why carbs are harmful?

So I started to try out zero carb carnivore because the diet I was eating my entire life was not working and decided I needed a change, but I have no idea the science behind what a carb actually is or how it’s bad. Can someone explain as if to an infant why carbs are bad (if it’s even possible without going into any complex scientific phenomenon)? Because I only began this lifestyle reading about other people who had some serious diseases cured (?) after converting to pure carnivore, and my mind can’t comprehend how something common in our society like carbs in food can cause diseases or how refraining from carbs can cure them.

Carbs aren’t harmful by themselves, like everything there’s a spectrum. You eat carbs on keto and that’s not harmful right? Granted you’re doing Carnivore so that applies less, but cauliflower has a descent amount, that doesn’t mean the carbs in cauliflower is the same as carbs from Twinkies though. Same as Avacado’s being high in fat isn’t the same as something high in trans fats. They’re both fats, but our body reacts to them differently.

Basically it’s the high glycemic carbs that you want to avoid because when you’re constantly eating them your insulin levels stay high which leads to an overall increase in systemic inflammation and decrease in overall metabolic heath.

Some people look at it that (all) carbs just equal sugar, but it’s really not that simple. For that I go back to the cauliflower example. Many people decide to adopt a very drastic mindset when eating a specific way and automatically demonize everything else, I know I did at one point.

Many people eat “normal” low carb and basically have all the same health benefits as keto. They may not do stuff like reverse diabetes as fast, but the heatlh perks are still there because most of the bad has still be removed or at least drastically reduced to a minimal part of their diet. The biggest thing is whole foods vs processed crap. ie: “Keto” cakes, cookies and ice cream is still cakes, cookies and ice cream. Still junk food, being made with keto friendly ingredients doesn’t mean it’s not junk food anymore. Also doesn’t mean you can’t eat that stuff, but it should be the exception, not the rule.

Carbs are like gasoline on a fire, burns fast and hot, and is quickly consumed. Fat is the slow burning hardwood that burns evenly and simmers all night. Carbs trigger dramatic insulin release in your body to put the fire (blood sugar) under control. Insulin tells your body to convert that excess sugar to fat and store it in your cells. As a type 2 diabetic, when my doctor put me on insulin, he said that I will probably gain weight. I was already fat, I got fatter. Since eliminating the carbs, I lost a lot of weight, and no longer need the insulin injections. I am a slow burner and feel great.

Carbohydrates, apart from sugars, are all made of glucose molecules. Too much glucose in the bloodstream is dangerous, possibly fatal, so eating a lot of carbohydrate causes the body to react to lower the resulting high blood glucose by secreting a hormone called insulin. The body can handle a small amount of carbohydrate without glucose or insulin rising too much. It can even handle temporary spikes in glucose and insulin. But when we eat a diet high in carbohydrate, the long-term high levels of glucose and insulin cause damage to the body.

It is also likely that too much polyunsaturated fatty acids are also causing some of this damage. In particular, we know that they contribute to systemic inflammation. Vegetable oils rich in polyunsaturated fatty acids have been recommended by the American Heart Association as part of a prudent diet ever since 1948, when a generous multi-million-dollar donation from Crisco Oil put the organisation “on the map” as it were.

Sugar is not glucose?

Glucose is a type of sugar, yes, but there are other simple sugars, such as fructose and galactose. These combine into other sugars that you might be familiar with, such as sucrose (i.e., table sugar, a glucose and a fructose molecule bonded together) and lactose (the sugar lots of people have trouble digesting, which is a glucose and a galactose molecule bonded together). Then there are the sugar alcohols, which are their own thing, and which are not made out of glucose, either.

Yea, yea. But your post implies thats sugars are not glucose. They are.

No, glucose is one type of sugar. The point of my post was that there are sugars that are not glucose. Fructose is perhaps the best known of these.

Fructose is converted to glucose in the body. Let’s not split hairs.

While every cell in the human body can metabolise glucose, fructose can only be metabolised in the liver, which uses the same metabolic pathway as it uses to handle ethanol and branched-chain amino acids. Dr. Robert Lustig, the endocrinologist and anti-sugar activist, goes into this in detail in several of his lectures, which are available on YouTube.

Yes, the liver can, and does convert fructose to glucose. Many of us know fructose, in excess, is bad for us.

@daigo1 I just posted the following in another topic, but it’s equally relevant here.

Being in ketosis is better than not. There are a host of health benefits having your innards awash in ketones and a host of problems avoided. Based on what I’ve learned about human evolution and what was edible and not both during and pre-Pleistocene, I think it’s accurate to conclude that we are adapted to live our lives primarily in ketosis. I think ketosis is the best way to attain health, well-being and longevity and my only regret is not knowing 50 years sooner.

I’ll only add: gluconeogenesis synthesizes all the glucose we need so there is no need to eat it. By eating it we just interfere with ketosis and fat metabolism.

Excessive consumption of sweets is a risk factor for metabolic syndrome. A major chemical feature of sweets is fructose. Despite strong ties between fructose and disease, the metabolic fate of fructose in mammals remains incompletely understood. Here...

Fructose metabolism in humans – what isotopic tracer studies tell us

In humans, fructose is metabolized by the liver to products (DHAP and glyceraldehyde 3-P) that can be recombined into glucose via gluconeogeneis. Most of the time, this glucose will be stored in the liver as glycogen ( a glucose polymer that is a storage molecule). If glycogen stores fill up, fructose (as with excess carbs in general) will be converted to fat. See details at Fructolysis - Wikipedia

Our liver is our largest internal organ, and it does amazing things, many which we likely don’t fully understand. Take care of it.

Wow guys… great job of not getting too sciency per OP’s request.

My point of view: Carbs are not inherently bad.

Put simply, carbs are sugar or any food that breaks down into sugar inside your body. Our body can use sugar or fat as fuel. If everything is in balance either one is fine. But the modern western diet is not in balance. The fear of fat has driven a carb heavy way of eating which has caused our bodies to burn out the carb fuel system and not use the fat fuel system efficiently. So we lack energy while over-storing fat instead of using it for fuel. And since our body systems all interconnect this causes many other problems leading to seemingly unconnected health problems.

So, by eating on the low-carb to carnivore spectrum, depending on your personal needs, you get the fat fuel system back in line and hopefully repair the carb fuel system. If the damage is too bad that may not be possible which means you can’t go back to a healthy balanced diet including more heathy carbs than keto allows. Of course, if you want to be healthy you can’t go back to the imbalanced carb laden diet that damaged your body in the first place.

I hope that was clear and helpful!

Bigger sugar intake bad. Simplest form to think about it LOL
here is a small fast read on it. 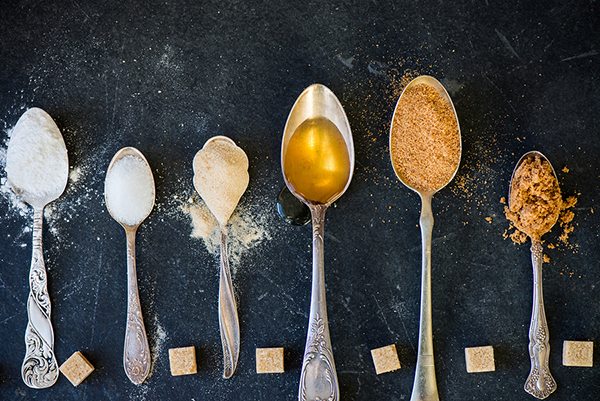 What Does Sugar Do to the Body? | Redirect Health Centers

What does sugar do to the body? Discover why millions of Americans suffer from sugar-related illnesses and how the body processes sugar.

You have to think of the food also. All carbs are carbs. Simple as that. It is the food wrapped around those carbs which jack it up into super bad or tone it down into more acceptable overall nutrition for your body.

but then you have to realize what food veg might be doing to you, many bloat on broccoli and cauli and find it doesn’t suit them so again, many do bad on grains etc…it kinda becomes that bigger picture of ----while we know the lower carb intake we have it is a very good thing for your body, what is the food those carbs are coming from and what does that food do your personal body?

Sugar rots the insides of the body. It really is now an epidemic of nasty sugary icky food out there

Just by always going low as you can on carbs is the best thing to do, many find they can function well on a set carb number. Some are great at 20g intake, some do very well on like 50g intake. Again that becomes personal to your needs and body etc.

Plus we are not the old days. Obesity thru junk sugar fake chem foods has exploded now. People eat all day but are nutritionally point blank starving. My mom who is 93 now was not eating gummy bears or having high frutose corn flakes for breakfast or ‘Let go of my Eggo’ in the toaster ya know. Our food now is out of control on horrible quality of ingredients. Which is why they say shop the outer perimeter of a grocery store, don’t step into those inside aisles cause once ya do…you are in sugar and chem. ingredient food land more than the outside areas.

@daigo1 - not sure if podcasts are your thing, but I’d recommend listening to the 2KetoDudes, especially the early podcasts as they cover a lot of the bases and give you a really solid foundation for understanding what this way of eating is, how it works, and why we do it.

There must be a lesson for me in here somewhere…

Perhaps one of the simplest questions I’ve seen around this forum was asked by the OP.

Within hours, this thread filled up with responses from a number of the regulars on this forum whom I admire most. These are the same folks who have taught me much and pointed me in helpful directions.

Moreover, most everyone who responded generally agrees that keto can greatly enhance one’s health.

We’ve found ways to disagree with each other at the molecular level.

Seriously, I really do enjoy this community.

I concede. This is too much jargon for me. However, for our baby talk discussion, fructose, especially high fructose corn syrup, should be consumed sparingly.