Anyone else trying Brad's (Fire in a Bottle's) succinate

Is anyone else trying Brad’s succinate? 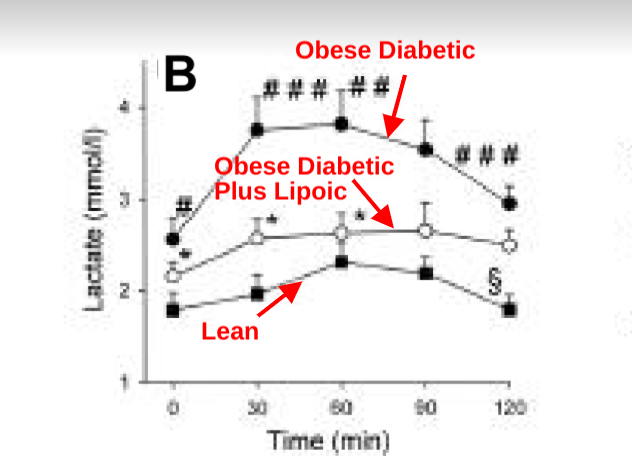 Lactate and the Lipoic Acid Flu, An Hypothesis and n=1 - Fire In A Bottle

Lipoic acid can give effects similar to the keto flu. Is the effect caused by dropping lactate levels due to increased pyruvate dehydrogenase activity?

I am having mixed feelings about it. It might work, though if I take 1/2 a scoop split into my first and second meals, I find it seems to cause poor sleep. So, I’m relegated to taking a whole scoop at my first meal of the day.

Pretty curious about this myself. What do you think is the connection to sleep disturbance? A quick google tells me there may be an excitatory element of succinate. Potassium can also be “energizing”, so I may move that to earlier in the day. Did you try the sterculia? Curious about it for my husband. Despite exercise, fasting, moderate protein, high fat and zero carbs, his bg runs a tad high. Fasting bg is 99-106 no matter what!

When you say “it might work”, what do you mean by that? What’s your spidey sense telling you?

I haven’t tried it, but it seems like quite a few people on Reddit have had poor reactions to it.

Mostly head aches and stomach distress I think.
I will say it sounds like a great idea.

@PetiteFilet For blood glucose, the berberine does seem to work for that, with not a lot of reported side effects. I took berberine, but I was not testing my blood glucose at the time. I’d recommend this first, because its safety profile does seem to be good.

Both Lauren and @Selllow: I say I “think” it works because I am getting some effect, possibly with increased body temperature. For instance, I took my temperature with an infrared model this morning and got over 98, which I almost never get. But I’ve also used an under-the-tongue model and not gotten near that. The problem is that I never tested my temperature beforehand with this model, so I don’t know where I started. And I don’t know if there’s a pattern (eg, higher in the morning, lower through the day, etc.), as I never tested.

I did split the dose from one scoop at “lunch” into 1/2 scoop at lunch and at dinner…and again had poor sleep, as in I got up at 3:45am. But these are hard to diagnose, as sometimes I sleep really well and other times, so so much. I went back to one scoop at lunch, nothing at dinner, and slept better though not perfect.

I also think I’m looking better and fitting into my clothes better, though that could also be because that’s what’s been happening since I’ve gone back to eating lower fat, higher protein, low carb/keto. I’ve been slowly whittling away at the weight I gained eating The Croissant Diet.

I am quitting the regimen, though. I have a booster shot for covid today. For shot number 2, I was also taking berberine and sterculia and about 4-6 weeks of doing this, I developed some severe heart palpitations. I have a condition where I’m susceptible to these, but I don’t know whether it was one of these, a few of these, or all of these together that caused the palpitations. I did toss the sterculia oil, though, only because of reports of people getting high CRP with this. Sadly, I did not test my CRP.

When I was taking all three, I got allergies, which I thought at the time was unusual, since I haven’t had them in years. I’m thinking allergies may be a sign of “inflammation”. I’m wondering if the succinate also has this effect? I did not get any blood tests, though. That’s bummer, but I ran out of time.

Since I’m getting another shot, I’m stopping everything for at least a month past the third shot.

At some point, I’ll revisit this.

Interesting. I should start tracking body temperature myself and then maybe think about giving the succinate a shot.

Maybe I won’t need with it yet though because I’ve recently started dropping weight randomly after nearly a year on my modified croissant diet.

Succinic acid seems to be paired with hydroxypyridine in quite a few studies. Should the two be used in combination, perhaps?

Just an update. I am going to restart this in a few weeks, after I ensure I have no side effects from my booster shot of covid vaccine.

I plan to start 1 week of 600mg lipoic acid, then 1 week of 1200mg, then keep 1200mg lipoic acid with succinate, starting a 1/2 scoop twice a day. Will take my temperature the week before the 600mg, then during the whole process. And will take in the morning as soon as I get up.

Main detriment: my under-the-tongue thermometer takes -f o r e v e r- to get a reading. As in, “I can’t believe this is how freaking long it takes”.

I started testing. As a baseline, I started taking my temperatures:

MUCH higher than I thought.

I’m taking these using my under-the-tongue thermometer, right after I get up.

Unfortunately, I want to start lipoic acid. So, I’m going to start with 600mg/day in the morning. This means I won’t have much “pre” data.

I’ll see what happens, and do this for at least a week, maybe more if I don’t feel great.

read up on it, not a fan LOL seems to have alot of ‘decent issues’ but in the bitter end, don’t rely on this junk as ‘the end all be all’ as some miracle anything.

once ya read up on stuff, the bad comes out big time in what it does to you in a bad form vs those fewer products it is in promoting it.

just me reading up on it all

For me, it’d be a short-term test, to see what happens to body temperature. I thought this was pretty impressive:

Sandra's Story - Fire In A Bottle

Sandra lost 10 lbs and three inches off of her waist using Succin-ade for one month without exercise or starvation!

As with everything, the effects might be bad or good, which I why I backed off the original schedule and easing into this again. If I get negative effects (and I tend to be a hyper-responder to all drugs), I’ll quit and report back.