I’ve read about how drinking alcohol will stop ketosis, which makes sense. So if you’re on Keto, I’m under the assumption that drinking = stopping ketosis = not losing weight when you’re drinking. However I’ve noticed that for myself, when I’ve gone out with friends and drank, I’ve actually LOST weight the next morning. I don’t go out drinking all the time, maybe once a month. And I don’t binge when I do drink. But typically I’ll have a couple vodka club sodas or rum and Diet Coke. Yesterday morning I was a pound heavier than this morning. And it seems to happen every time I drink - I lose a pound or so afterwards. So am I weird? Does this happen to anyone else? FWIW, I have no intention on drinking all the time to lose a pound every day

I’m just curious because this phenomenon doesn’t seem to coincide with everything I’ve read about Keto and alcohol.

So am I weird?

Nope. Just dehydrated. You traded fat loss for water loss. It’s a short term effect though so it won’t inhibit fat loss for very long. You’ll pop back into ketosis pretty quickly, and the water weight will come back over the next couple of days.

The alcohol is absorbing water weight

Ah, that makes sense. Thank you!

I drink scotch, wine and beer daily. I am sure it slows things down but after losing twenty five pounds on this regimen I am only about 8 pounds from my goal weight. I does seem to hinder me from fasting though.

I must be the weird one. I quit using the urine sticks a long time ago. they rarely showed more than a trace. Coming home from yesterdays workout, I realized I hadn’t had a beer in at least a month. So I bought 2 light beers. A couple hours later, I decided to test with a urine stick. It showed 4? I thought alcohol stopped ketosis. Maybe it stopped it later, cause 2 beers had me wobbling like a too slow spinning top by 6pm.

Consuming alcohol interferes with ketosis only in the sense that when there is alcohol in your blood, the liver uses that for fuel to the exclusion of anything else. It does so until the alcohol is gone and then carries on with whatever is available, which for us is ketones/fats. It does not ‘kick you out’ of ketosis. Alcohol does not metabolize into glucose but apparently does increase insulin slightly which may or may not be a problem.

@golfpsycho Not weird at all. Urine keto sticks measure only ‘wasted’ ketones, the ones you are NOT using for anything. When you imbibe alcohol ketosis gets interrupted, blood ketones are not metabolized until all the alcohol is gone, so more ketones get dumped. When alcohol is consumed I would expect to find blood ketones decrease; breath acetone disappear completely; and urine ketones increase.

My keto blood levels stay high when I have been drinking. I don’t lose weight, but I am still in ketosis. I typically don’t drink more than two shots of hard liquor when I drink though. I imagine drinking BEER would kick me out of ketosis or if I drank a margarita or anything with sugar in it.

My keto blood levels stay high when I have been drinking.

I would be very interested to test that. Would you be interested in doing a fairly simple experiment that does not require repeated blood tests? 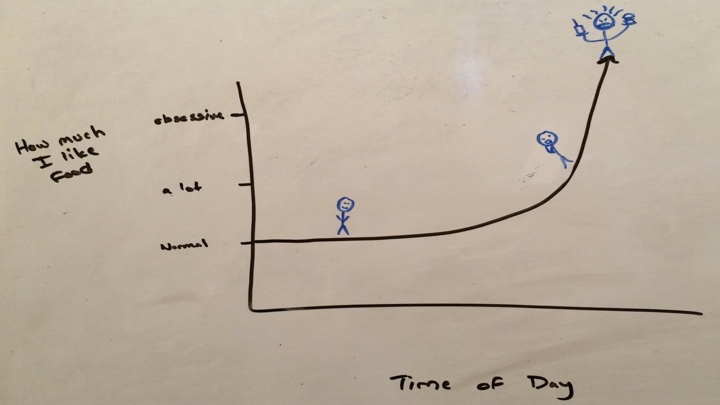 Fasting and Ketones: Data from 3 Days with No Food, Only Wine

Dr. Phinney, in a recent lecture, states that alcohol metabolism does not inhibit ketogenesis. It was surprising to hear, since every one seems to think the opposite, but he of all people should know, if anyone does.

I believe this is the video, but please don’t beat me up, if it’s not.

I usually gain a few lbs drinking 1 to 2 glasses of wine. But when I wake up in the middle of the night I have to drink water. I am very sensitive to dehydration signals.

The extra weight is gone the next day.

This may not be popular and certainly not optimal health but I have a glass or two of wine most days, sometimes more, sometimes none, on most days of my Keto journey of over 12 months. I have lost weight and reached goal. I’m not condoning the use of alcohol but my n=1 is that alcohol has not impaired my nutritional Ketosis and has made this WOE sustainable for me.

Will it involve measuring blood levels? Because I am out of my strips and wasn’t planning on ordering any more because I used them for several months and got a sense of what worked and what didn’t.

Alcohol stops me from losing. I don’t gain, but I don’t lose. However, I have tested my blood after a night of drinking zero carbs spirits or a glass or two of wine and if I have otherwise stayed on plan, I am still in ketosis - either nutritional or optimal.

No. A non-intrusive method to test whether your blood ketone levels “stay high” after consuming alcohol would be to test excreted urine hourly beginning one hour before consuming a measured amount and continuing hourly for about 24 hours, which would be about the time required to metabolize the alcohol completely. My original claim that blood ketones would drop was premised on the hypothesis that during alcohol metabolism ketone production would slow or stop and excretion increase to dump the now excess and unneeded ketones. I presume you are fat adapted and if so using urine strips shows very low excreted ketones. Or none.

I have since read that it’s possible that consuming alcohol could increase ketone production. In which case, the urine test would show nothing. So no change in the urine test over the full course of the experiment would be evidence against my original hypothesis. It would not, however, be evidence in support of alcohol increasing ketones hypothesis.

To test the hypothesis that alcohol metabolism actually increases ketone production, we would have to use hourly blood samples. Short some very strong incentives to do so, I don’t think there are many of us who would be willing to do that. I sure would not!

As someone that has never tested this makes me curious. This is the first time I have ever thought about getting a meter.

Wouldn’t that involve staying up for 24 hours straight if you have to do it hourly for 24 hours? I am afraid I am not willing to make that sacrifice. I am assuming I am fat adapted as well as I have been doing this for close to a year and taken off over 40 pounds while doing it. That said, I still show ketones on those strips at least the last time I checked a couple of months ago.

Anyone is welcome to give this a go. The only prerequisites are you’re in ketosis and have been long enough to be fat adapted. I invite you to share your results or not. You can do this simply for your own information if you wish. Pick a couple of days when you can do a lot of urine testing without arousing suspicion

Do not consume any alcohol in any form for at least 48 hours before starting.

The first day is to establish a base line for comparison. Test urine for ketones 4 times: upon awakening, noon, 6 pm and just before going to bed. Record times/results. Eat/drink as usual during the day. Note: if you get other than zero as the base line for your first measurement, then do them every couple of hours rather than just 4 times.

The second day is data day. First urine test upon awakening. Immediately after, drink 28 grams of vodka. If you don’t have a gram capable scale, 28 grams is the equivalent of a single ‘shot’. If you can’t drink it straight, you can mix the vodka with whatever you like.

Test urine every hour. Record times/results. Eat/drink as usual during the day. It would be a very good idea to drink some water, tea or coffee during each hour so you don’t run out of samples.

The Alcohol Urine Experiment How long did it take for you to become fat adapted? Ketone Blood testers
amwassil (Michael - When reality fails to meet expectations, the problem is not reality.) 2019-04-17 08:39:08 UTC #20

Wouldn’t that involve staying up for 24 hours straight if you have to do it hourly for 24 hours?

No. This won’t be a controlled test to that extent. I think the single ‘shot’ of vodka or 28 grams is only enough to metabolize for several hours. I expect for most people who try this the alcohol will be out by bedtime.