Guess what I did this morning? Some years we barely have any snow at Christmas, I think this is the highest I have seen it on the past 10 years at only a few days into winter. 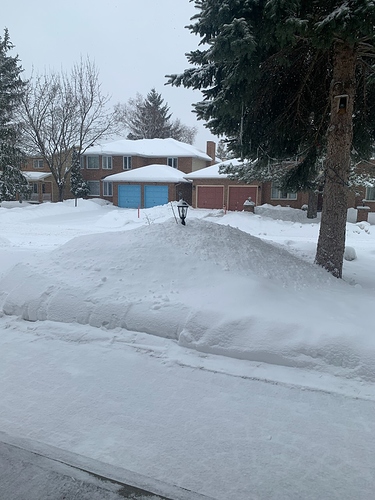 I personally think that’s great. Last year, I got snow shoes for Christmas, which I used once. This year, I’m not sure I’ll use them at all: 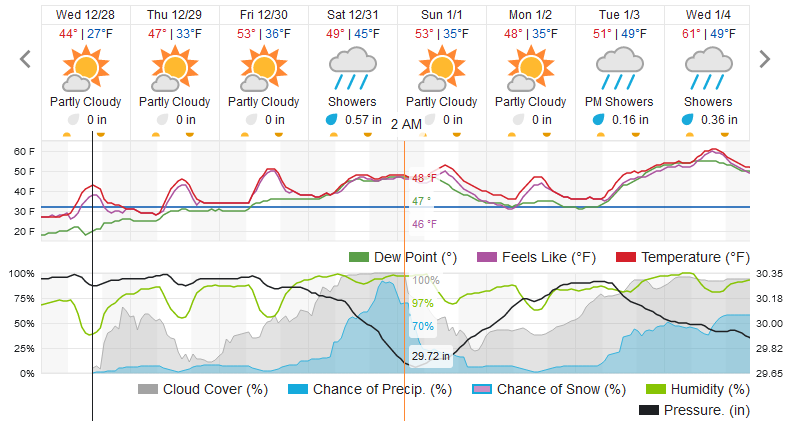 We don’t often have snow in December nowadays and now we had snowfall 3 times this far, the snow was super little and they melted right away… We have freezing temps regularly too but the snowfall badly coordinates with the temperature.
But we had big snow in March twice in the last few years…

I would appreciate some proper snow in January or maybe February and then I want spring! The first flowers appear in February, I have lots of photos with them in the snow…

(Meanwhile I still pick fresh fruit from my garden, it will stop in early January, it’s fun :D)

What fruit do you pick at this time of the year?

Yikes. I moved from the North to the South to get away from just what ya got. I like my South LOL I can’t do ‘snow’ and ‘ice’ anymore. I am a high heat person and have to follow that warmth but darn, that is impressive in a big snow definitely!! I see that little ‘lamp top’ peeking out…wowaz on it being that much and ya said only a few days into winter. You ‘take care of winter prep’ as you need, could be a more tough winter for sure!!

Medlar. I still have some unripe ones on the little tree in the valley. The one higher up finished its season weeks ago. This fruit can’t stop entertaining me with its weirdly timed season.
(And of course it’s rosehip season too, until March or something but I cut it if I see it - I have more than enough thorny plants in my garden, thank you very much - so it’s just all over my walking route.)

I walked today, no ice on the pond, of course as we had a quite warm Christmas but we have ice puddles again.
It would be nice to have snow at some point… But sunshine is more important, we have a lot of it every day now.

Made me look this one up. I had no idea. Is it common where you live? The forgotten medieval fruit with a vulgar name

Medieval Europeans were fanatical about a strange fruit that could only be eaten rotten. Then it was forgotten altogether. Why did they love it so much? And why did it disappear?

It’s not in every garden, far from it but yes, it’s not exactly rare, at least it’s easy to buy a tree or the fruit. Greengroceries keep it in season. But it’s not that very common, we never had medlar before, I only saw a tree once before. But now I have two, how cool is that?

And they have fruit at different though a bit overlapping times. One has a better climate. Nevermind they are close, the slope is serious there and one gets the common north wind as well (poor thing has no branches in that direction).

The fruit is very late and coming and going frost doesn’t phase it. The fruits defrost and resume ripening, it seems.

I watched some videos about it and I can’t imagine why the hate, it’s a sweet, tasty, soft fruit. No, it’s not rotten (at least I wouldn’t call it so as it’s perfectly fine that way, I don’t know the definition of “rotten”…), it’s called ripening… The fruit is hard and inedible first and then it gets soft and sweet… Yes, many other fruits don’t get so soft and brown without going bad and even rosehip that gets soft when winter comes keep its red color (though it gets more dull) and blackthorn doesn’t change its color at all… But brown is a valid color as well. Maybe unusual but valid. And lots of fruits are soft.
It doesn’t get brown rot like apple or pear, it rather gets moldy like lemon. The white mold is quite apparent on the darkish brown fruit (everything is brown when ripe, peel, seeds, flesh. but it’s a warm dark brownish yellow anyway) so no way one mixes a bad one with a good one I think.

no no no that wouldnt do here, the slightest bit of snow stops everything especially my dancing!

Well it must be the right snow here too or else our tiny car can’t come up to the house/street… At least let it snow when it’s up here.
Once my SO had to cycle to work (normal for him but not in any circumstances. really bad weather and for one year, darkness at 5am meant car day) as the car couldn’t go down from the hill in the big snow…

We had 9 ins. on our deck yesterday morning. We didn’t/aren’t going anywhere til all the roads are cleared. We happen to live near a city facility, so after the main roads we get plowed out, but then you have to deal with all the other roads that don’t get plowed.