Wings are back on the menu!

I have a bit of a love affair with buffalo wings. I’ve even made the 8 hour pilgrimage to the Anchor Bar in Buffalo where they originated. Up until recently, buffalo wings have been my keto friendly go-to item in restaurants, but having done a fair bit of reading on PUFA oils like the soybean oil that most buffalo wings are fried in, I’ve been avoiding them recently.

Low and behold, I just read that Buffalo Wild Wings fries in everything in beef tallow! They’ve been sued for it, lambasted in the media for it, but they remain resolute. They insist that beef tallow fried wings are better. I avoid chain restaurants generally, but this is apparently one that I can get behind.

I’ve never even had a tallow fried wing as far as I know, but I’m breaking a 60hr fast in a couple hours, and I’m headed there for lunch!

It does make me wonder what other restaurants around me might be using beef tallow or lard for frying. I wonder if some BBQ joints, who aren’t too shy about saturated fat, might use lard. When I lived in Portland, ME there was a restaurant called “Duck Fat” that fried everything in, you guessed it, duck fat. The fries were absolutely amazing and the place was always packed.

Do any of you guys have restaurants around you that fry in beef tallow or lard?

This is awesome news! We may be kindred spirits- at least as love for wings goes. I’ve been having them baked or air fried since going keto but the truth is, no amount of high temp baking or baking powder will produce that signature crisp. It’s gotten the job done- but it’s not the same. There’s a Buffalo Wild Wings near the mall in our neighboring town. I’d never even considered walking in there. Might have to go today!

Love BWW. They have some killer low carb dry rubs too. I go there regularly and it does state clearly on the menu that things are deep fried in beef shortening so people can sue all they want.

I too like the fact that BWW uses tallow but don’t recall be overly impressed with their wings. I find myself going for dry rub more than the sweet flavors but I have a place near me that has the best jerk wings ever. I only have a few so I don’t really care if they are keto approved.

On another note I can remember reading about a company called Safety Kleen the does kitchen cleaning for the restaurant industry. They said that when the switch was made from tallow to vegetable oils for deep frying it would coat everything metal with a varnish like coating. They were having a lot of trouble removing it. They also wondered what it might be doing to workers lungs. I think the kitchen hoods eventually had to be redesigned with elaborate make up air systems to protect workers and keep the vegetable oil funk away from other kitchen areas. The switch from animal fats seemed like a good idea at the time but it was not based on science. Now it continues because no one wants to admit they were wrong.

They also wondered what it might be doing to workers lungs.

It’s deadly. I saw a study of women (primarily) restaurant workers in some country (China?) where they were getting lung cancer at rates nearing smoking.

I use PUFAs when I season pans, but I put on the exhaust and stay as far away as I can.

We have fried chicken (legs/wings) and the best way we’ve found to do it is to “steam” it in an instant pot, dry it, then hit it briefly in the fryer. It’s both moist and crisp this way.

I am currently using a mixture of tallow and palm “oil” (it’s solid at room temp), but will go back to tallow soon.

We have fried chicken (legs/wings) and the best way we’ve found to do it is to “steam” it in an instant pot, dry it, then hit it briefly in the fryer.

Interesting. Do you bring it up to full pressure in this method? For how long?

You know, my wife did the instant pot while I was doing the frying and oven. We had multiple batches (a few recipes at once), so she’d do a batch in the instant pot, I’d fry them in batches, then put them in the oven to keep warm. One problem with frying is that you can only fry so much at one time.

Then, she’d do another batch in the instant pot, I’d fry them in batches, and put them in the oven.

We did both wings and legs (the latter bought accidentally by me instead of wing drumettes).

I’ll ask her what she did and see if I can get back to you.

Do any of you guys have restaurants around you that fry in beef tallow or lard?

From what I understand, this is just off the top of my head so I could be wrong, it is also about technology, it is hard to find a commercial fryer that can handle tallow or suet.

All the ones available for commercial sale are made for fats that don’t go solid at room temperature type fats, it breaks the heating element? Dangerous splattering of hot grease also?

Maybe it is a vegan conspiracy, wouldn’t it be simple to move the heating element to the outside instead of immersed inside the fat?

From what I understand, this is just off the top of my head so I could be wrong, it is also about technology, it is hard to find a commercial fryer that can handle tallow or suet.

It’s hard to find one for the home too. They make some that heat up from the outside of a container, and you put the “oil” in the container.

I bought the kind that has a heating element in the oil. When I tried this first using tallow, it overheated and reset. The tallow was hard and did not contact the heating elements. It did work after a while.

Now, I run the tallow (in its container) through our sous vide and heat it to say 130F or so. This will make the tallow liquid and I can pour it into our fryer. It takes a while to get the interior liquid, though. But if it’s mainly liquid with a small-ish amount that’s solid (at least so the liquid is in contact with the heating element), it’s OK.

If you didn’t have a sous vide, you might put the container into hot water. I also saw a tallow container that has a removable handle so you can put it in the microwave. I’m not sure I’d do that…but you could. 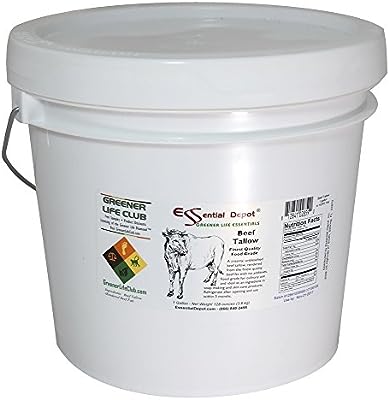 It’s hard to find one for the home too. They make some that heat up from the outside of a container, and you put the “oil” in the container.

The options are limited, but there are a couple out there referenced in the article below. The author of the article opted for the DeLonghi D677UX which he seemed to like. He mentions that the Fry Daddy line of deep fat fryers are also an option. Both of these fryers have an internal element.

Here is a good blog post about one ketonian’s quest to find the perfect lard frying machine: 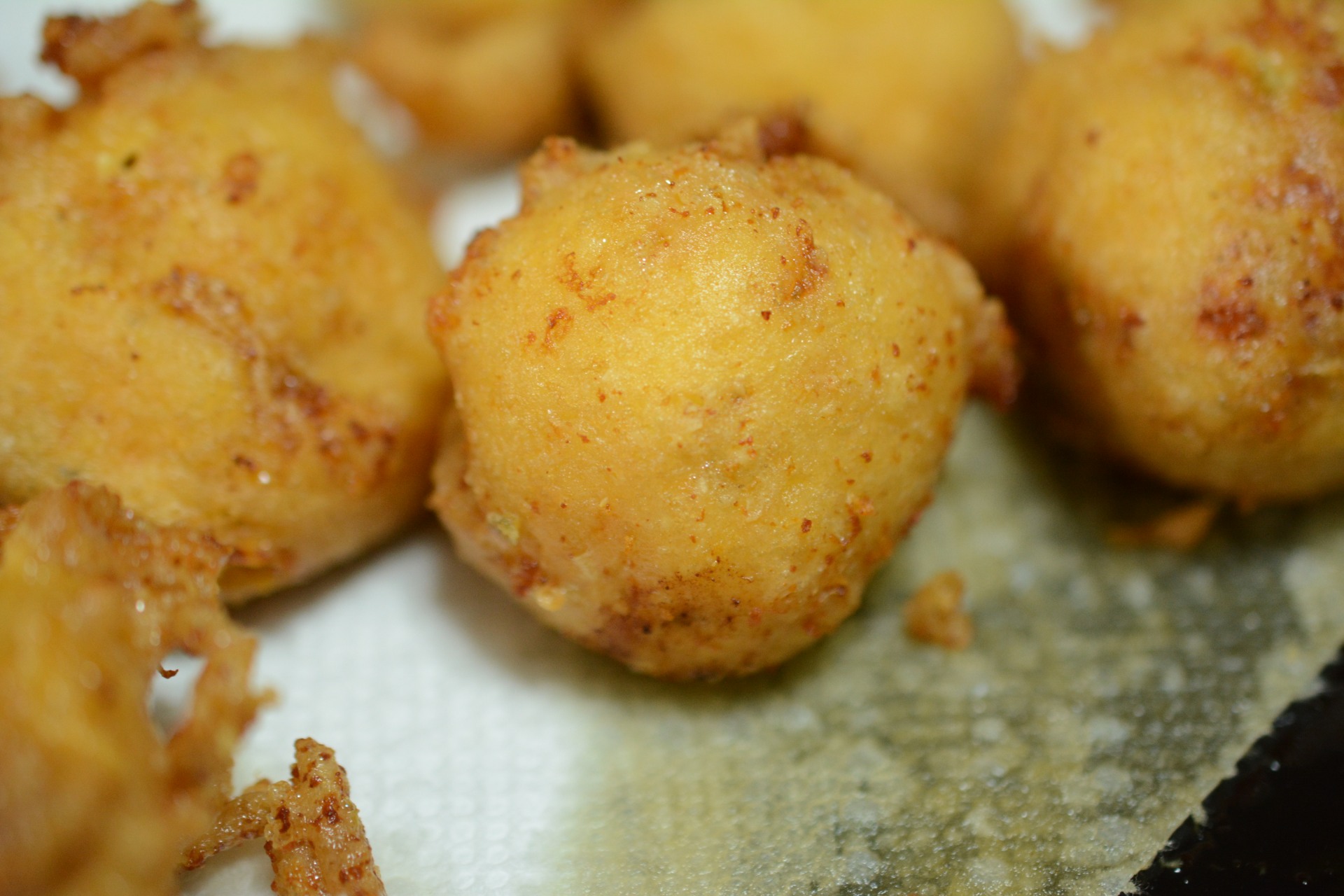 Deep Fried Keto - Chicken wings, fried vegetables, jalapeno poppers, why not? In this article I test out a deep fryer, the perfect keto cooking gadget!

Low and behold, I just read that Buffalo Wild Wings fries in everything in beef tallow! They’ve been sued for it

Who would sue them for it? That’s possibly the dumbest idea I’ve ever heard. (Not disbelieving you … just shaking my head at how foolish it is a reason to sue!)

Who would sue them for it?

A topic I am all in on. Wings… I love wings, it’s a go to. I personally don’t like frying wings because I will make a huge mess. Out an about I am seeing more dry rub type of smoked wings and track them as way points on my car map. Some are just too good to pass up. I wanted to pipe up that my wife and I discovered a way to bake wings with a dry rub to get the crispy bite to them without frying. We incorporate baking powder into the dry rub and when applying to the wings it spreads evenly and will crisp up the wing. There are many dry rub options, you can do this smoking wings or just cooking them in your oven. Search the internet for your favorite rub and give it a try, you will be surprised at how good this option is.

The strange thing to me is that wings are already meat. So it’s not like activist vegans (or even vegetarians) would be eating them even if they were cooked in hearthealthysoybeanoil or whatever non-tallow concoction they might have in mind.

I forgot to ask my wife last night, but I think this is similar to what she did:

Ready in less than 30 minutes, these Buffalo Chicken Wings  are the most tender and flavorful chicken wings you will ever have!

She would use only the instant pot recipe for wings.

Note that the wings come out soft and you don’t want to handle them much. Then, we dried them on towels, and then fried.

I’m sure you cook cook them in an oven or air fryer.

We had the oil/fat fryer going to make fried mozzarella sticks (a Maria Emmerich recipe), which the whole family loves. So, we did chicken at the same time.

But the vegans can complain about killing multiple animals: chickens AND cows (for tallow). Two birds, one stone.

The strange thing to me is that wings are already meat. So it’s not like activist vegans (or even vegetarians) would be eating them

They fry the french fries and everything else in beef tallow as well. The lawsuit was over vegans feeling traumatized after learning how delicious beef fat is with potatoes…

The menus and website have beef tallow disclaimers in the fine print now.

That makes sense, too.

I had a dozen last night. Half teriyaki and half dry rub cajun. I think I left about three or four uneaten because I just didn’t need to eat anymore.