Why do you think you need alcohol?

Now I have seen your second post I would say, live your true life, but not at the judgement of others.
I am guessing you have suffered some pain.

yeah…it was tough ): truely. I am mature enough to understand that my judgment isnt lead by “my way or the highway”. I was just sharing a piece of my mind on the matter.

Yes you were, and I truly wish you well, in your keto and life journey.

I know you are young, and I hope you have some good people around you.

Moderator, please shut this down. This is going to be a religious argument, not an actual discussion.

Little drastic there Bob, it’s just a discussion about keto, alcohol and health. No religion was brought up till you did it. I totally respect @KidKeto’s position and his right to share that. It’s very appropriate and knowledgeable coming from a minor especially. If you find this topic challenges your sense of well being I would suggest not following it. The only religion that forbids alcohol to my knowledge is Islam and I don’t think that’s an issue here. Anyone who likes to drink can find a justification for it, but it’s hard to ignore the facts the Kid presented out of convenience when daily or regular drinking is part of your lifestyle. I only have alcohol on occasion anymore. I believe thinking alcohol is healthy is living in total denial. At least be aware of what you’re choosing when you have a drinking night out.

Kid Keto, I really like your scientific, logical approach to the effects of alcohol on the body. I’m typically that kind of person myself. But I admit that alcohol is a very emotionally charged subject for me, and I have a hard time talking rationally about it. I could learn a lot from you about this matter.
Thank you

Alcohol and fructose addict a similar proportion of the population, around 20%, if I recall. Some people can safely consumer them, while others cannot. (Please note that the percentages are the same, but they are not all the same people.)

The key to successfully dealing with these substances is to know yourself. I notice in the case of alcohol, that non-alcoholics mostly don’t drink, but I did know a fellow who really enjoyed drinking to excess, but who, when warned by his doctor to quit, did so. He was not an alcoholic.

If you have trouble quitting a substance, there is a strong possibility that you are addicted to it.

This is going to be a religious argument

I said I was a religious drinker maybe

You know, I get what you mean. It’s up to you, and I’ll never know if it’s really that “worth it” to get that blissful buzz. Now CBD and nootropic mushrooms like lions mane is something I consider doing later on, but regardless maybe there’s something about holding and ingesting alcohol in an event that adds to its addictive nature, especially when people around are doing so. Can you name an alcohol-less bar?

The last thing I’ll say on this topic is this. Think about when you stopped eating “carbs” and sugar. Everyone around you munching on there Doritos, Restaurant table bread, Mexican pre meal tortilla chips and salsa, and a cold glasses of sugary Dr Pepper. They know that can’t be good for them, but they still do it because it’s ok in society. And then there’s “you”. The person who stopped doing all these so called “normal” habits. Who are “you” in all of this?

@KidKeto, I have to hand it to you, you really have made me stop and think.
I am just about to watch a documentary about Amy Winehouse! I loved her so much.

I don’t see how doing this is any better; and could very well be worse…

I appreciate this topic being brought up as a discussion. I choose not to drink myself for a lot of reasons - health being one and a history of problematic drinking. People do get defensive about such things that go against their lifestyle. A while back I posted a research article raising some health concerns caused by excessive eating of bacon. Yikes - I was accused of being a troll. I thought it might be helpful to be aware of newer data.
Being open minded enough to be on KETO shows that we go outside of conventional wisdom so hopefully this topic may cause one to pause and question their behavior

Longer answer: The OP question presupposes alcoholism: If you ‘think’ you 'need ’ alcohol, then you are addicted to it, ergo alcoholic. The ‘why’ is your personal justification for your alcoholism to avoid being honest about it.

As pointed out specifically by @CrackerJax and others as well one does not ‘need’ to drink alcohol to ‘enjoy’ drinking alcohol occasionally for a variety of reasons that do not include being an alcoholic and justifying your addiction. As for the toxic aspects pointed out by @KidKeto I agree with @ctviggen that we entered the realm of religious proselytizing. Again, as pointed out by @ctviggen, ‘toxic’ depends on dose.

Yes, many people have problems with alcohol and drink too much for too long and suffer short and long term health issues because of it. That does not negate the fact that many more enjoy it from time to time without those health issues. Again, as pointed out by @ctviggen there are as many studies that indicate positive health benefits for low-moderate alcohol consumption as for those that indicate negative health detriments for excessive consumption. Ethanol happens to be one of those chemicals that can be both good and bad, depending.

OFF TOPIC: I just watch a YouTube Tedx talk by Graham Hancock where he claims that the discovery and subsequent ingestion of various psychotropic plants starting about 50K years ago was the beginning of self-consciousness as we currently know it. That prior to the discovery of those plants, human beings were no more self-aware than our primate ancestors. Interesting idea that will require a lot more evidence than what Hancock provided, rather emotionally. In that context, however, ethanol becomes the opiate of the hoi polloi. It does not provide the gateway to enhanced awareness, quite the opposite in excess, but is a cheap and relatively safe way to escape the drudgery of day to day toil and disappointment. On the other hand, ingestion of real psychotropic plants is very dangerous and precludes the recreation use to which they have been put.

On the other hand, ingestion of real psychotropic plants, a couple mentioned by @KidKeto, is very dangerous and precludes the recreation use to which they have been put.

I agree. My brother in law experimented with these, and ended up taking his own life, and one of my son’s good friends developed psychosis from extensive marijuana use, so these are not less dangerous then alcohol at all. That young man is 23 and has schizophrenia and on meds for life for that now.

I failed to mention the realm by which I meant “nootropics”. I’m specifying things like CBD oil with its anti-cancer and athletic performance benifits, ashawaganda, ginseng, and lions mane.
I’m didn’t mean anything illegal or in the realm of drugs. 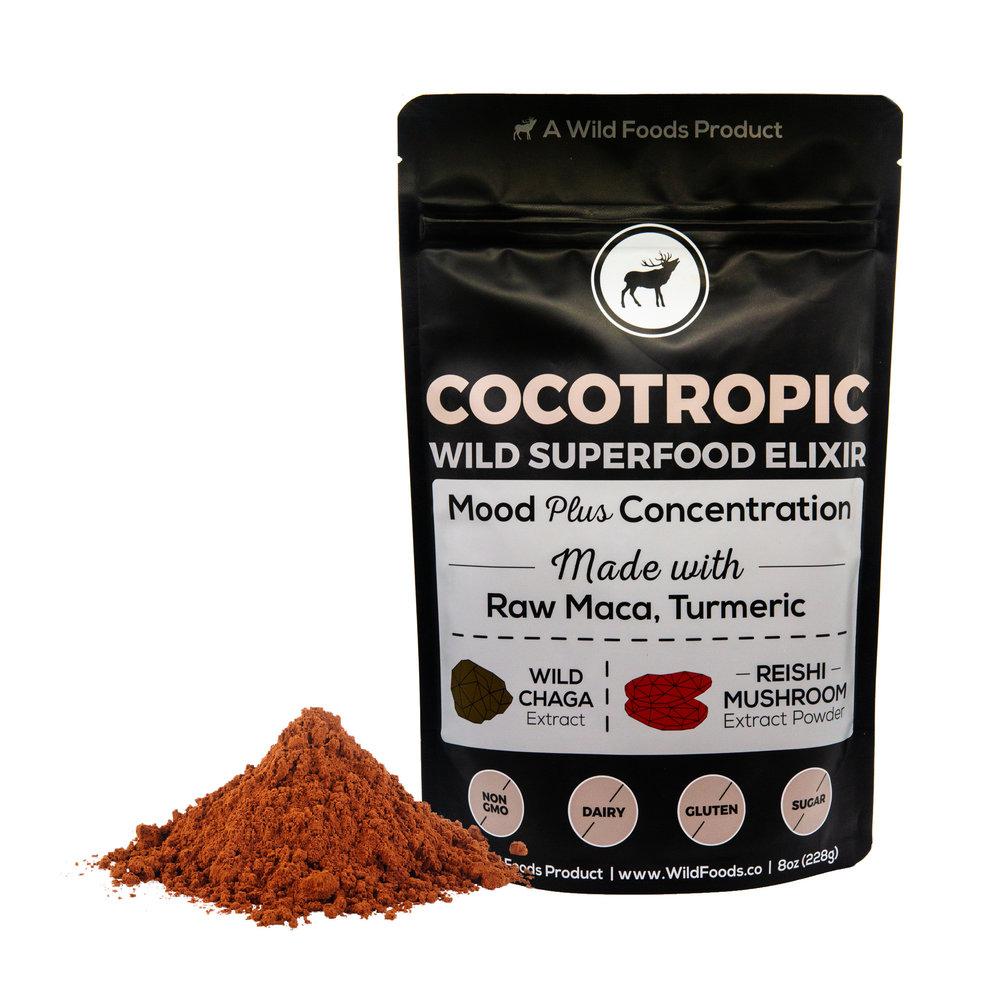 An incredibly delicious blend of our best-selling organic Wild Chocolate with Reishi and Chaga Mushroom extracts, Raw Maca powder, and Wild Turmeric. Sip it hot—just like hot cocoa—or blend it with your butter coffee brews and protein shakes. This... 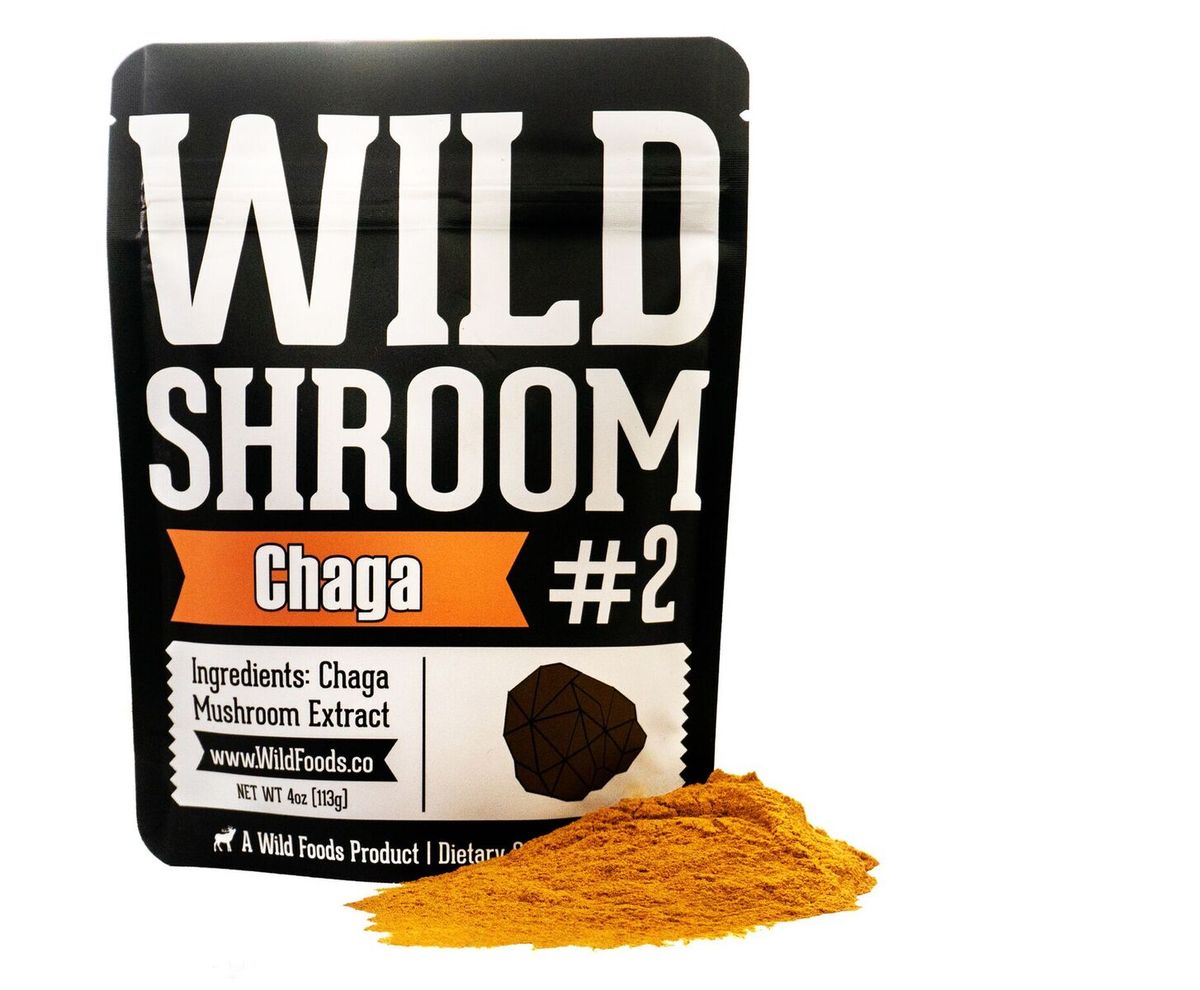 Chaga in the wild doesn't look like your typical mushroom. It has the appearance of burnt charcoal and lives on the sides of birch trees. It is actually classified as a canker disease on birch trees. But don't let chaga's outward appearance fool you...

Ohhhh okay, sorry I was totally thinking you meant bad drugs and doing Shrooms. that is okay then, “breaths sighs of relief” I was freaking out worrying about you doing drugs.

Thank goodness you didn’t mean that.

I enjoy a pinch of cordyceps in my coffee from time to time if I’m going to be doing some intense mental activity.

I don’t need it - I value wine though, and enjoy it for celebrating joie de vivre, within a specific cultural cuisine context and a historical understanding of the wonders of fermentation as opposed to distillation (grain alcohol has zero nutritional or digestive benefit - in fact it stops digestion).

It’s really important to acknowledge that there are very different kinds of alcoholic beverages - with very different physiological impacts. Grain alcohol is worlds apart from fermented grape (which goes back about 3000 years in both Christian and Jewish and mediterranean cultures). Christ himself as part of Jewish culture partook and blessed it - as do most observant Jews on a Friday night, and Christians/Catholics in orthodox Communion - along with other special feast occasions! And in Asia, fermented rice & fruit wines have been used in traditional medicine & cooking for many thousands of years.

Focusing just on grape wine - it is a solvent beverage/gastrin producer with fatty food - and in traditional cultures only consumed WITH a meal (or within minutes of a meal) - not consumed as a standalone beverage, not consumed for purposes of drunkenness (countries like France and Italy that consume tons of regular moderate wine w/ food have very low alcohol addiction rates - and heck, they even sip it at lunch!).

Salvatore Lucia MD (UCSF Medical school professor, immunologist, and copious researcher & author on the health benefits of grape wine in moderation, as part of food-as-medicine) elucidated much about wine’s facilitation of gastrin production (which begins 10 seconds after first sip, optimizing the stomach for certain foods), as well as the many other compounds like anti-oxidants that create an anti-bacterial benefit. In fact, grape wine was used by various militaries and field researchers to purify water (through mixing wine w/ water and letting the water sit for 24 hours before drinking) as well as treat wounds. He originally started his research while looking for malaria-preventatives.

If you use the search bar, here are a number of past threads here on the forum about the gustatory benefits of wine in moderation with specific foods. Personally, my 2 years on LCHF/keto have seen steady body recomposition (steady at least for a midlife female, which is to say… slow & steady) with enjoying wine 3-5 nights week when I eat French/Italian types of din-dins (however when I eat spicy Asian or Mexican food, I don’t even think of having wine - probably because of chilli alchemy

) and I LOVE to save one or two sips to enjoy with a small amount of post-dinner chocolate. I’m also blessed with genetics that don’t allow me to drink to excess or get “pleasantly intoxicated”, or “pass out” - I will just get very sick and vomiting-prone if I drink any significant amount of alcohol without food, or a wrong mix of wine w/ food (last time that happened was pre-keto, Prosecco and overindulgence in high carb stuffing - a fermentation nightmare).

So, I think it’s important to be culturally sensitive and cognizant of the cuisine world outside industrial SAD in the US/Canada/UK/Australia. It’s also important to be aware that cornerstone keto physicians like Phinney, Westman, Volek and the Drs. Eades aspire towards cultural sensitivity and all allow for moderate amounts of WINE with real food for those who don’t have any tendency towards alcoholism.

In fact, the Drs. Eades even have a Mexican beef recipe that uses Tequila!

I enjoy my evening elixer. This thread has me going to make one now.