What are some of your favorite places to swim? 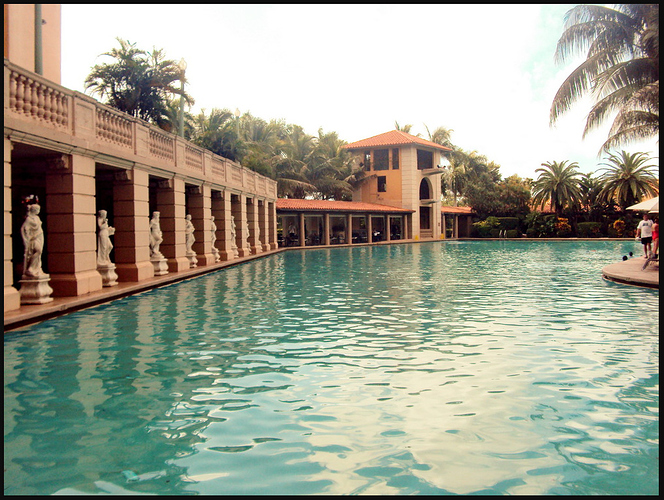 image.jpg1014×763 396 KB
Here’s an unusual one. Not exactly a standard pool but the ambiance can’t be beat.
Biltmore Hotel Pool in Miami.

Johnny Weissmuller was a lifeguard here…there’s some history!

On July 9, 1922, Weissmuller broke Duke Kahanamoku’s world record in the 100-meter freestyle, swimming it in 58.6 seconds.[13] He won the title for that distance at the 1924 Summer Olympics, beating Kahanamoku for the gold medal.[14] He also won the 400-meter freestyle and was a member of the winning U.S. team in the 4×200-meter relay.[citation needed]

As a member of the U.S. water polo team, he won a bronze medal. Four years later, at the 1928 Summer Olympics in Amsterdam, he won another two gold medals.[15][12] It was during this period that Weissmuller became an enthusiast for John Harvey Kellogg’s holistic lifestyle views on nutrition, enemas and exercise. He came to Kellogg’s Battle Creek, Michigan sanatorium to dedicate its new 120-foot swimming pool, and would go on to break one of his own previous swimming records after adopting the vegetarian diet prescribed by Kellogg.

I’d put a picture, but don’t know how.

Swimcation would have to be Sydney, Australia. You just follow the coast line and swim in all the rock pools from South of Sydney to Pittwater, NSW, North of Sydney. I haven’t done any swimming since leaving that part of the world. Don’t care for pools, not everyone showers before entering and e.coli can be nasty stuff.