@Goldengirl52 I’ve never heard of the ole Nuclear test, so I guess that’s something specific to conditions other than my total heart block. But the echo is absolutely no stress at all. I’ve had gazillions of those by now. In fact the last one I had just before going in for my lead replacement was mainly spent trying not to have fits of giggles…

I was seen by two cardiologists, one of whom was in training. You lay on your side, and they use a little gel and a wand which they press into your chest mainly around your left breast. They’ll ask you to breathe in, hold at a certain point etc. Only it quickly became clear that my trainee was extremely good at forgetting to tell you when you can breathe normally again xD First time he forgot the trainer remarked to me, he forgets… you can breathe again now, to which I replied I was breathing, and I figured because there’s no way I can hold that long ; )

For the imaging tests, the tech asked me to drink about half a cup of seltzer water, and offered me a choice of like five flavors, all of which sounded to probably be full of sugar.

Real Seltzer water is nothing more than carbonated water. If sweetener is added, it becomes soda pop, not Seltzer. The flavoured Seltzers they sell in my area just have a hint of flavour, nothing more. No sugar, no nothing, besides a bit of taste.

Why seltzer water in the first place? She said something about it puffing up my guts making the pictures easier to read.

Just what we need, a gassy stomach!

Then he said the office is getting a machine that can do CAC testing so I may be getting one of those tests next year - I think he said the machine was set to be delivered in March.

Wow! That is a medical practice you want to be part of!

LOL, I know what you mean about “fits of giggles”

Seems I get them a lot when I’m in situations where I’m nervous. I have had several ultra sounds which sounds a lot like what you describe. Sometimes I just get obstinate about going for tests, just feel I am better off without them but I don’t know if I am choosing right or not.

I have what they tell me is a total block as well (3rd degree AV Node block) came over me in my mid to late 40s, and on my 3rd pacemaker. I forget I even have an issue though so I guess they can work pretty good.

On the laughter thing, the worst one I had was when my gal-friends insist I go to emergency because what I found out later, was an Esophogeal Spasm. But had to check it out of course. My friend Reta stayed with me and we are a pair for sure, since highschool. We were trying to kill the time yackin and we spotted a really good looking young man working in the office area. Don’t ask me why the curtain on my “room” wasn’t closed, guess they thought I was decent:sweat_smile:

Anyway, I rolled over or was adjusting myself in the bed, we had already been laughing on and off, but then I accidentally broke wind (that’s what my Victorian grandmother always called it

) Rather than be mortified because he had to have heard it, Reta and I bust up laughin so hard I thought we might get kicked out, or shut up at the least:crazy_face: but we saw him and a couple others laughing too and looking around their computers at us

As my story to @ElgynsToy went, I didn’t need the seltzer water evidently

I get those Esophogeal spasms once in awhile, and learned to “fix or stop” them easily by taking about 8 ounces of water right when one starts. They are very rare, and seems to be related to thirst. Here’s a picture of what your esophagus looks like during one. I googled it, of course, since inquiring minds want to know. I know I’m getting one because my jaw/teeth get a real achy feeling. Luckily they never get full-blown because I always have water by my bed. They do happen mostly at night when I get one. 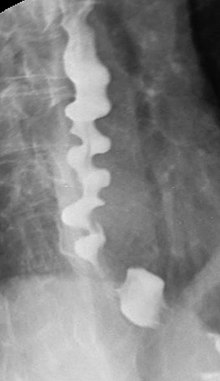 Wow! That neither looks nor sounds fun!

I was told they really do mimic a heart attack, but I never had an arm pain just ache. It’s more like a really bad ache than a pain (no sharp pain, etc.). Good to see someone this a.m. @PaulL, I woke up about 4 pst and just couldn’t lay there anymore wide awake

What’s that line from Shakespeare about the “thousand natural shocks that flesh is heir to?” I’ve never heard of Esophageal spasms.

Good to see someone this a.m. @PaulL,

Can’t say I like getting up this early, but my sister is out of town, and someone has to feed the animals—and most importantly, make the coffee!

I hadn’t either, but have heard the term now quite often. Even on my fave “old” show, Golden Girls. One of the characters had what everyone feared was a heart attack and the doc said it was just an ES!

No, I don’t either, but I’m lucky I can go take an early nap, probably sooner than later today

on my 3rd pacemaker. I forget I even have an issue though so I guess they can work pretty good.

I’ve only had mine for 4 years and it’s already gone wrong twice : (

Anyway, I rolled over or was adjusting myself in the bed, we had already been laughing on and off, but then I accidentally broke wind

Lol. I let one rip as I was sliding onto the operating table the other week. Caught me right off guard and I immediately bust out laughing along with half of the staff in the theatre xD

I have a Medtronic pm, what sort do you have? I think I’ve really been lucky as I’ve known a few people that had troubles with theirs.

Yes, I’ve always laughed at farts and just been known for laughing at what some would say inappropriate natural body functions

The first one was Boston Scientific, and I think I have a Medtronic now (they gave me a Medtronic pamphlet, but I don’t have the actual pacemaker card yet).

Ok, my Cardio (new Cardio) said that was top of the line. He also said it should be set up higher for me because he compared it to having the most expensive of autos, but hardly driving them, something like that. So I said yes, set that puppy up for me. I did feel noticeably better after he did that. It was set where it wouldn’t go below 60 I think it was, and now it’s at 70 or 80. I know I sound stupid for not knowing exactly, but when I see them next week, Tuesday, I can ask

and let you know.

I’m kind of freaking out this afternoon as I’ve had a couple of dizzy spells, so I’m worried the damned thing has gone wrong again. Trying my best to stay calm though as if I convince myself into a full blown panic attack, I’ll feel like I’m dying whether I really am or not xD

I’ve been taking it easy. Nothing vigorous since the surgery a week ago. Just some gentle stretching that doesn’t involve moving my arms. Hopefully all is well o_O

I have a follow-up appointment in a month, though I’ve not had the appointment card come through for that yet. Ugggh. Silly heart. We still don’t know how I ended up in this state in the first place. It just kicked in around 4/5 years ago. No visible damage to the heart, no signs of disease… it just… went.

I hear you on the freaking out, panic attacks

We have a lot in common. Sounds like you are doing the right things, and hope the dizzy spells pass. I get them mostly when I bend over and come up to quick and once in awhile it feels like when they reset my pm, I mean they turn it down and always say “you might feel a little dizzy”, and yep I always do there for a bit, weird but I guess thank God for pacemakers hey

Yep! It’s when you get a drastic drop in heart rate that you get the dizzies. This is why it concerns me. The fault I had meant that it would just stop pacing, and I’d drop back to my less than healthy 30 bpm o_O

But I walked around getting on with my life with that same constant 30 bpm for almost a year before the heart block was discovered. I just thought my anemia was really bad again and got on with things. Ooops.

Since this topic is about Afib, I wonder if anyone has had success treating it without doing that ablation stuff where they burn areas in your heart.

I have two friends that have had the ablation done; one of them required two treatments and the other got by with one. I haven’t read that one book about the special version of magnesium the doctor sells. I’ve read and am re-reading The Haywire Heart. Haywire talks about Afib somewhat but is mostly about the more serious troubles athletes - especially competitive cyclists and runners get. That means triathletes and biathletes who both run and cycle get a double whammy - I used to a “Do It Yourself Biathon” once or twice a year. What it says about Afib is hard to sum up. 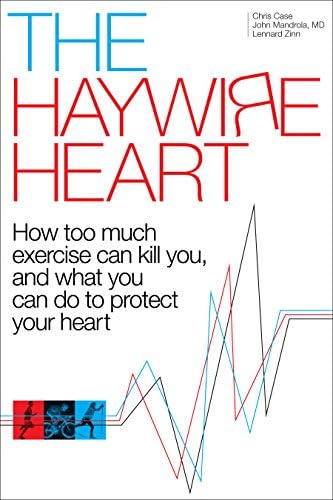 The Haywire Heart: How too much exercise can kill you, and what you can do to protect your heart

There was someone around here I haven’t seen in a while who did a lot about his Afib but that’s all I remember.

I think I might know who that is as it hasn’t been too long I got some replies from him on it. Let me check my posts. Here it is, I think there might be some good info here, can’t recall all I got for replies