This is a map of the distribution of the Woolly Mammoth taken from here. I presume it’s the max range, which was between 30-20K years ago just before the last glacial max started to retreat. Everything above the red and all mountains within the red were glaciated. In North Amercia, most of the area west of the red was glaciated except for a thin ice free strip along the Pacific coast.

I selected this map because it corresponds pretty much exactly to the Mammoth Steppe. I know some folks don’t like Wikipedia and if you’re one of them, feel free to check out any of the 44 citations at the bottom of the following article, which I think is a good description and summation of the Mammoth Steppe.

Significance to our ancestors? In my best Rod Serling voice: “Consider, if you will, looking out upon a pasture like no other, covering contiguously half the land surface of the earth with a sea of grass and supporting herds of animals numbering in the millions”. During the Last Glacial Maximum, the mammoth steppe was the Earth’s most extensive biome. It spanned from Spain eastward across Eurasia to Canada and from the arctic islands southward to China. It had a cold, dry climate; the vegetation was dominated by palatable high-productivity grasses, herbs and willow shrubs, and the animal biomass was dominated by bison, horses, and woolly mammoth. This ecosystem covered wide areas of the northern part of the globe, thrived At the end of the 19th century, ...

For those who want to take the deep dive:

Climate Change, Humans, and the Extinction of the Woolly Mammoth

Climate models together with population models provide quantitative evidence that the combined effects of climate change and anthropogenic pressures can explain the extinction of the woolly mammoths.

Life and extinction of megafauna in the ice-age Arctic

Understanding species extinction is a major concern today, and past extinctions provide valuable lessons. Numerous mammal species became extinct in the Arctic at the end of the ice age, but it is unclear why. By comparing numbers of dated bones with... 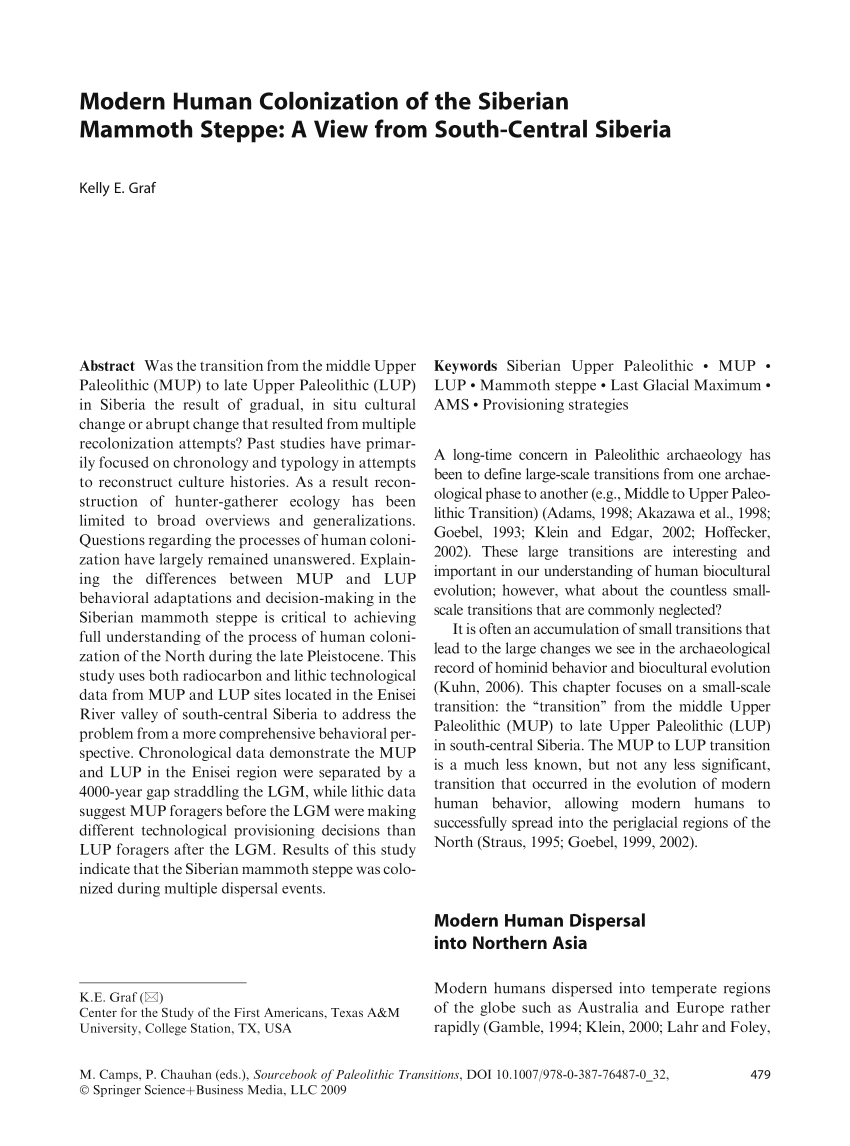 (PDF) Modern Human Colonization of the Siberian Mammoth Steppe: A View from...

What do we really know about ancestral diet? Metabolic Flexibility - Get Real Is the carnivore diet nutrient sufficient long-term? Published paper It is not only sugar How many here are former vegans or former vegetarians?
amwassil (Michael - When reality fails to meet expectations, the problem is not reality.) 2019-10-18 00:48:37 UTC #2

Maybe the Mammoth Steppe was mostly a sea of herbs until the warming that ended the last glacial max. As the climate grew warmer and wetter, grasses gradually replaced the herbs. The great herds of mega mammals, which for hundreds of thousands of years thrived on the more nutrient-rich fodder, could not adapt fast enough to the lower nutrient grasses and slowly died out over the course of several thousand years. 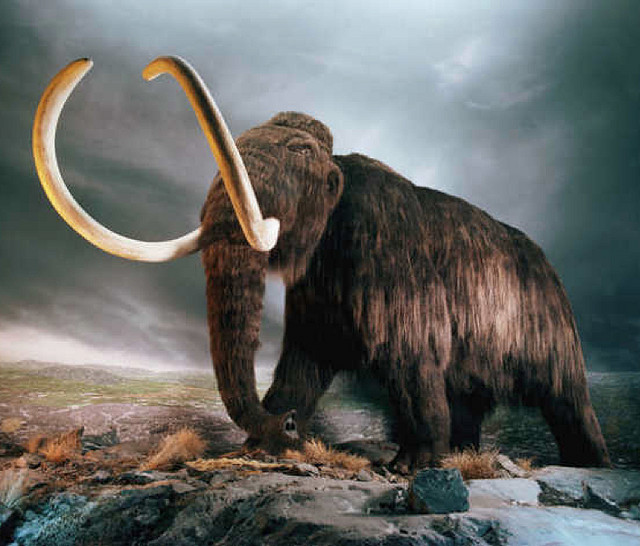 DNA reveals new clues: Why did mammoths die out?

Why did mammoths and other large mammals of the tundra suddenly become extinct some 10,000 years ago? It's a question that has divided scientists over the years. Now researchers from Lund University in Sweden (and 30 other research teams from 12...

What Happened to All of Them?

The Mammoth Steppe ecosystem vanished at the end of the Pleistocene. Some experts argue that humans are responsible for the megafaunal extinctions (Alroy 2001), but across Beringia, we know that humans co-existed with the extinct species for long periods. Documented 14C dates show that humans in Alaska overlapped with horse, bison, and lions for >1,000 years and also probably with mammoths, and we lack evidence of overhunting of these animals (Mann et al. 2013). The region of Beringia is vast and the early human population was small. A more likely explanation for the extinctions is that the prolonged warming at the end of the Pleistocene caused environmental changes that did not favor the Mammoth Steppe megafauna.

When the climate warmed, it became wetter. Shrubs would have invaded the region and replaced the grasslands. Many shrubs have chemicals that protect them from herbivore browsing and they are not suitable food for grazing animals. As the glaciers melted and sea level rose, the climate would have become more maritime, with increased precipitation and cloud cover. Despite the overall warming trend, the summer growing season would have been wetter, shorter, and probably cooler due to decreased sunshine (Guthrie 2001). As these changes persisted, peat would have spread across the landscape and negatively affected megafauna. Peat is not a nutritious food...

A couple of videos that I think help to explain how and why humans left Africa and ended up in the Mammoth Steppe. Or potentially, how humans evolved independently in what is now Southeast Asia as well as Africa and the two branches later combined. This is speculation, of course.

The first video is an introduction to the changes in the Earth’s geography caused by the Pleistocene (Quaternary) glaciation, in which we currently remain, although thankfully for us in a period of glacial minimum. The second video explains how the megafauna of the Pleistocene, which was concentrated in the Mammoth Steppe provided the smorgasbord that enabled our ancestors to expand around the world and thrive. Enjoy!