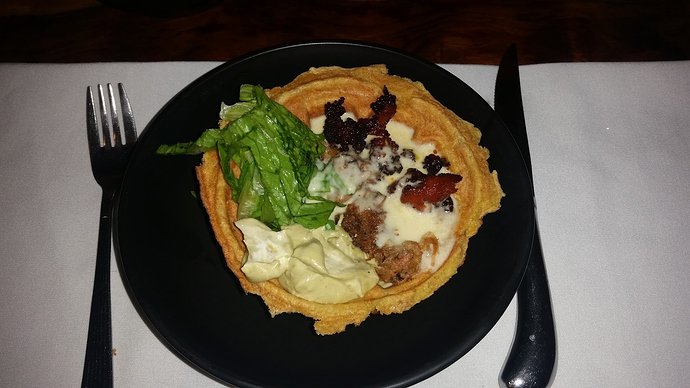 So I decided to take @brenda’s porkrind waffle recipe, and replaced the cinnamon and vanilla with Cayenne Pepper, Ground Cumin, and Mexican Chilli Powder (which is my secret taco seasoning spice mix) and put the mix in one of those waffle bowl gadgets. 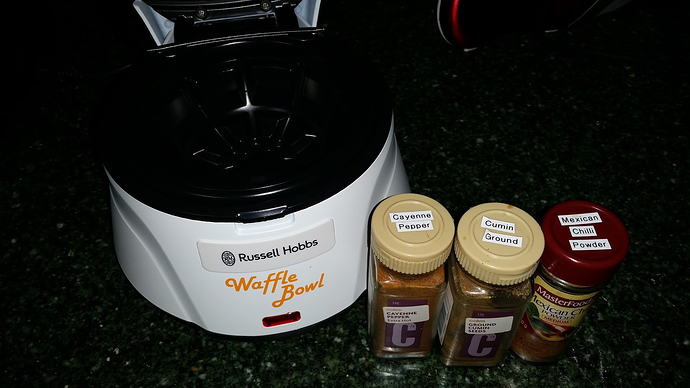 The mix for some reason was a bit thicker than usual but those waffle bowl gadgets push the mix up the side. 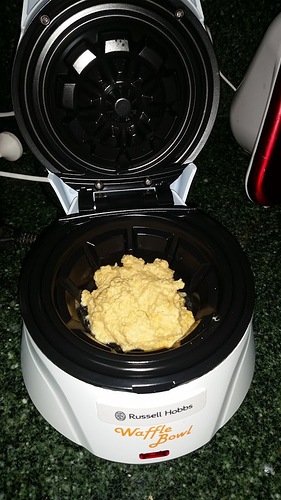 I added a little pulled pork that had been re-fried in my taco spices, and some shredded lettuce and guacamole. I also took inspiration from @Carl’s Chorizo Queso from last weeks show but I made cheese soup using aged cheddar melted into water with sodium citrate instead of the cream cheese sauce.

Now that is how to heroically break a 3 day water fast.

You are a genius!

My brother @jamestorie would love this as well.

That would be great for soup too! Now, the trick is making one without having to buy one more gadget… lol.

Yeah the last thing I need in my tiny kitchen is another gadget.

This is true but my surgical ward is too small

I’ve done this sort of thing by using nesting bowls. Using a very thick mix, then put one steel / aluminum mixing bowl on a cookie sheet, spray w/ oil / butter add mix. Put a smaller bowl w/ some sort of weight in it (pie weights, a rock, whatever) and then bake in oven. Not quite as handy but no unitaskers in the kitchen…

That’d a good idea! I have some taco shell bowls that might work!

What?!? This is a fantastic idea!! I’m ordering a waffle bowl maker right now!!!