Study regarding stevia and insulin release

It’s not my glucose level per se that I would be worried about, it’s what’s happening with my insulin level. Many people on these forums say that artificial sweeteners can cause insulin to spike, and I’d love to read a study about that.

If you look at how HFCS does NOT spike insulin (glycemic response) but rather, the liver turns/converts this type of sugar (corn starch-{streptomyces bacterium}-into-sugar rather than chemically processed) DIRECTLY into VISCERAL FAT when you eat (while punching holes into the intestinal tract in the process) it, rather than cellular receptor absorption (glucose tolerance?) and insulin burning up the excess?

With the ketogenic diet (cycling type IF e.g. one or two meals a day at the same time of day i.e. circadian hook), the rate of insulin clearance speed would improve because your not spiking ONE TYPE* of insulin constantly, and residual insulin is cleared also and not sticking to the receptors like glue[1] (glycation of insulin itself i.e. too much dietary sugar mixed with amino acids bonding with fatty acids via glucose = a double whammy?); blocking what little glucose being ingested from being absorbed and digested by the cells along with a balanced uptake of ketones for energy?

So, if natural, organic and lightly processed Stevia et al. does in fact spike a glycemic response VIA insulin? That’s what we want, rather than the latter?

If a processed substance or compound IS NOT spiking insulin (glycemic response)? That’s what I would be worried about? (e.g. …you been doing keto for X amount of time and a heavy artificial sugar/sweetener user? …and you end up with a FATTY LIVER, but no research to support that conclusion? It is easier to blame the ketogenic diet LCHF?) 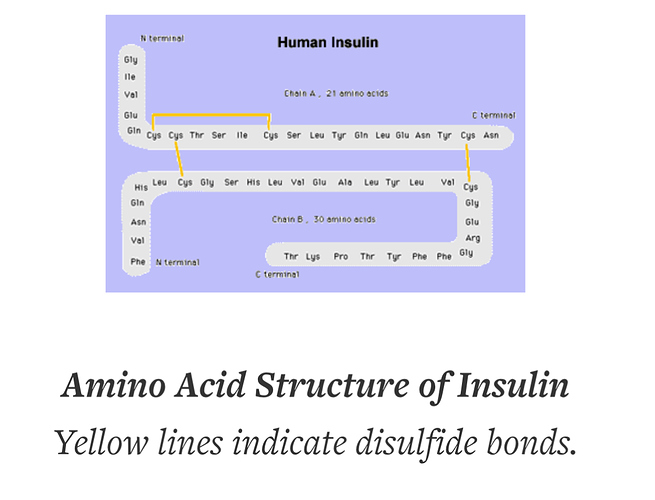 I have had the same questions after reading “The Obesity Code” by Jason Fung. In it me mentions exactly what you thought you read. Stevia did not increase blood glucose but did increase insulin by 20%.

Keeping it simple from what I understand the sweetness of the sweeteners trick your body into thinking that it is getting something sweet thus raising insulin in preparation to receive it. Which is why insulin spikes can be seen with artificial sweeteners.

Edit to add, I really don’t believe it spikes it enough to be anything to worry about. Especially not enough to make me stop using them.

@sylvia, The lower the glucose means the higher the insulin. Higher insulin means fat loss has stopped and fat is potentially being stored.

For fat loss, low insulin is more desired. If insulin is low then fat can be released.

Hello John, I read your post & went searching for Splenda Naturals with Reb D. This page on the splenda website says that the granules are made of the reb D extract and tapioca maltodextrin. No info on how much maltodextrin there is in relation to the Erythritol & reb D Stevia unfortunately. is that still ok?

Hello I just registered here. I read alot. I know diabetes 2 is common. Reason I signed up is to have people try this. Try this for maybe at least a week. DO NOT eat more than 10 grams of Fat/Oil per day. Read labels on everything. It’s not worth trying unless you do 10 or less grams of fat/oil. If you want to seriously cure your diabetes, do it. I have seen 1st hand the results. The Oil is blocking sugar digestion. I’ll be back. Thanks.

So you have “seen it first hand” but post no links to a study in the category “Show me the Science”???

Well I think dr. Essylstein of Cleveland Clinic is proof enough for starters. He has documented or off of reversing Diabetes with “No Oil” a short video on YouTube. Also Dr. Neal Barnard, M.D. A great video of his here https://youtu.be/lSwL73evUdA. Both Doctors are great for reversing diabetes. Myself I don’t have Diabetes but my very close friend had it. Long story short not any more because of these Doctors. Watch that video. Thank me later.

Drs. Esselstyn and Bernard are advocates of a high-carbohydrate, low-fat diet. We do not consider that their hypotheses regarding human nutrition are backed by any kind of solid scientific evidence, whereas there is now a significant amount of data to support a low-carbohydrate, high-fat ketogenic way of eating.

Moreover, there is mounting evidence to implicate high dietary percentages of polyunsaturated fatty acids in chronic systemic infection and insulin resistance. Given the effects of chronically elevated insulin levels and how the effects of insulin are implicated in all the component diseases of metabolic syndrome, we consider a high-sugar/carbohydrate diet to be contraindicated for anyone with any kind of metabolic dysfunction.

My neighbor tried a very low fat diet with normal-to-high carbohydrate diet and her diabetes got worse and she was facing insuling shots, which terrifed her. She also gained weight.

She switched to a low-carb diet and immediately dropped some weight and her blood sugar is controlled with metformin and she will not have to start injecting insulin. She could probably drop the metformin if she went full keto but she is happy her diabetes isn’t getting progressively worse and she feels a lot better.

I’m glad your friend was able to reverse his diabetes.

Hello I just registered here. I read alot. I know diabetes 2 is common. Reason I signed up is to have people try this. Try this for maybe at least a week. DO NOT eat more than 10 grams of Fat/Oil per day. Read labels on everything. It’s not worth trying unless you do 10 or less grams of fat/oil. If you want to seriously cure your diabetes, do it. I have seen 1st hand the results. The Oil is blocking sugar digestion. I’ll be back. Thanks.

@Leroy100 Have you considered Clorox? Ideally, 10 grams? If it cures COVID-19, no doubt it can cure a simple case of diabetes.

Give it at least a week.

Also, read labels on everything. I know this because I read a lot.