Slow start keto with some concerns

I found that I prefer less sweet and more bitter/sour/pungent flavors now that I’m off carbs. And I fixed my coffee just like the op. But sweet became more an idea than a preference, after only 3 or 4 weeks on keto. I also don’t have a gall bladder, but the only thing that sends me rushing to the bathroom is coffee, or eating after a long fast. Somehow fat never has bothered me much.

Frankly, this is the first way of “healthy” eating I have tried that doesn’t want me to drop coffee like a hot rock and that makes me very happy!

Yes! Me too! I absolutely love coffee - sometimes I feel excited to go to bed because that means morning coffee! I don’t eat breakfast either, usually have ‘lunch’ about 11.30 - when I started this WOE I would drink 4 cups of really strong coffee with 2tbsp extra thick double cream (I’m in the UK) in each cup, it was delicious and really kept me full. Somewhere over the past 20 months I have transitioned to 2 cups of strong black in the mornings and 2 cups with 1tbsp normal double cream in the afternoon - I really wouldn’t want to give up my coffee and I’d definitely struggle to do my fasts without it!

I hope you find a solution that means you can carry on enjoying your coffee just as much as always!

@Natasha Coffee lover here, too! For me, though, I view coffee as a delivery vehicle. If I’m going to bother making and drinking the stuff, it’s going to be worthwhile nutritionally. See my photo with Bubba above. That liter of coffee is my ‘breakfast’ every day. Here’s my recipe with my current macros if you’re interested in what’s in there.

See my photo with Bubba above

I wondered about ‘breakfast with bubba’ as your thread title, now I understand! Your coffee breakfast sounds delicious, Michael!

I have run over my grocery budget for the month, so full blown keto is going to have to wait about another week. But I am continuing my “farewell to carbs” tour. My last bottle of Italian sweet cream coffee creamer will be finished by the end of this weekend!

Dinners the last few days have been a bit carb heavy and oddly seem to have caused the old problem of running to the bathroom that I associated with a high fat meal. Perhaps I have been wrong about what really caused that issue.

Also I went to Starbucks yesterday. Tried to be good and had them use the skinny mocha, sugarfree vanilla syrup and heavy cream in my cuppa. Then they had someone take off after ordering on the drive through and asked “Would anyone like some free Frappuchinos?” and my inner sugar addict leaped up and shouted “Hell yeah!” before I could stop her, lol! At least it was a small one…

I also raided their stock of sweeteners for Splenda and one(Whole Earth brand) with erythritol, stevia and monk fruit . I tried the one w/ monk fruit today and found it sweet and slightly fruity without the nasty aftertaste, even though it has some stevia! So I think I may have found a go-to sweetener, yay!

@amwassil Bubba looks tough! Mine is a Swig and not very photogenic anymore after a few tumbles from the top of the car.

@Janie I found the Lavash bread!

They had pitas in the same brand, which I resisted, but might have to try when I’m ready to kill someone for a slice of pizza!

I also have one of these, which holds a bit more than Bubba: 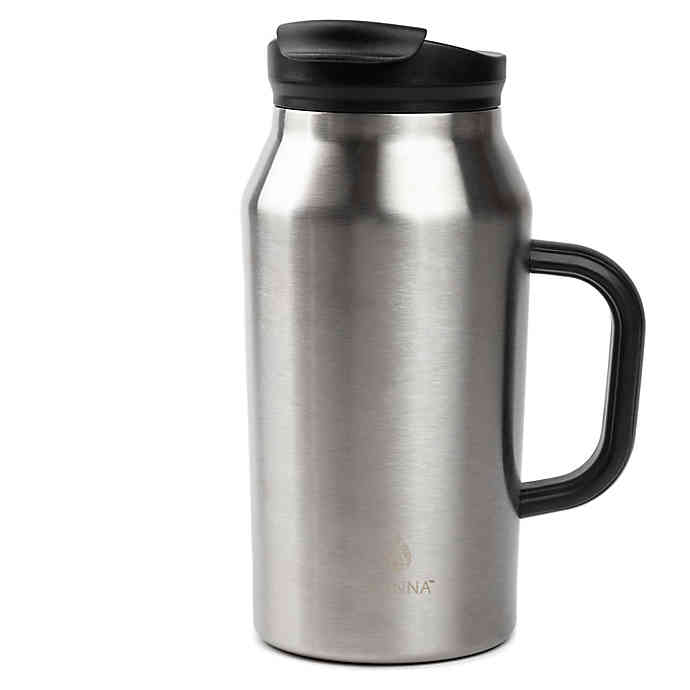 I travel with the Manna. Bubba stays home.