Salt as an appetite suppressant

Thought I would report in on my salt fixation. Being on a fast day, I am drinking coffee and water with electrolytes, and in addition today I am eating my Himalayan Pink Rock Salt. I am loving it. And absolutely zero hunger. So far so good. It’s almost like by having the salt my body or brain is thinking I am having food, so all is well.

One of the ways that salt helps my hunger is that often what feels like hunger is really just a craving for sweets, and salt counteracts my sweet tooth.

Does having more salt intake increase or decrease the amount you pee? At the moment, I am going to the bathroom every hour, on the hour! Looking forward to seeing what today’s fast results in on the scale!

When I was a sugar-burner, eating more salt helped me hold my urine better. On keto, my bladder seems to have tripled its capacity, and it complains a lot less. I eat lots more salt these days, so I couldn’t say what its effect is.

24hrs into fast, and literally no hunger at all. I am regularly munching on my pink Himalayan salt, all to very good effect. I was worried that my fasting muscle had suddenly gone weak for some reason as my last few fasting efforts have not gone well.

But my fasting muscle is back with avengence. I am convinced it is the salt I am eating. Still keen to hear any theories on how this might work. In my opinion it most certainly does.

So, if you are hungry on a fast, I would suggest trying just munching on salt regularly, it has removed all hunger for me. I am doing this fast so, so easily.

Basically the area of your brain that signals to you that you need water and food, is also the same area that signals for salt intake. Thats why sometimes when you’re dehydrated, even when drinking adequate water or when you feel hungry, even if you’ve just eaten something, you’re actually just low of salt in the body. OR the meal you just ate was much higher in salt than you normally eat, high salt meals create more hunger. A vicious cycle

Studies shows here, IF I understood this correctly - 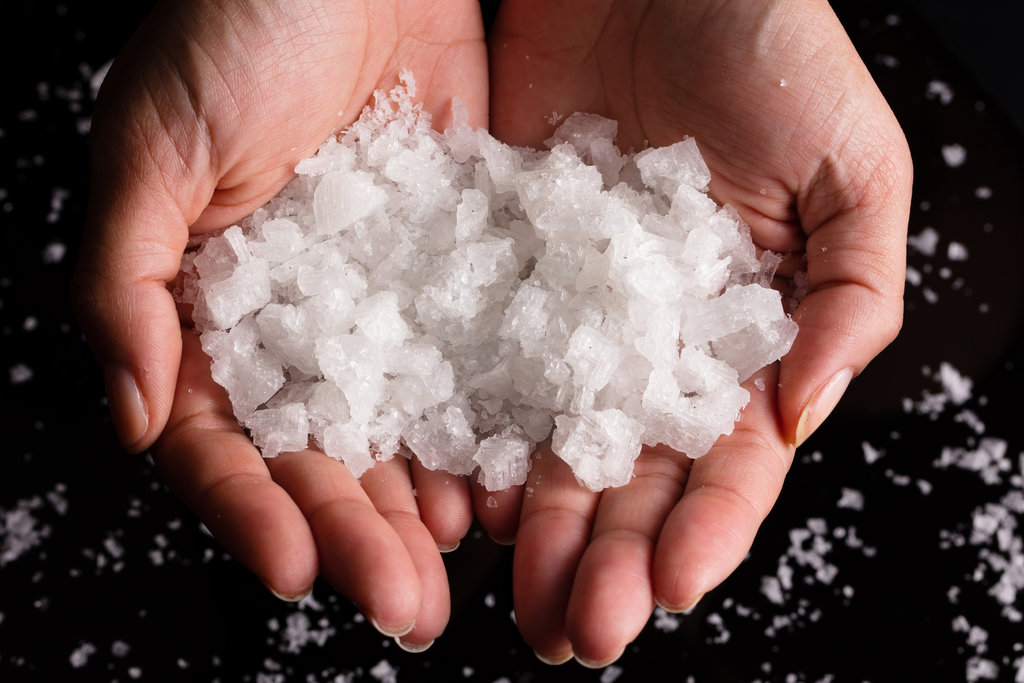 Why Everything We Know About Salt May Be Wrong (Published 2017)

Research on Russian cosmonauts suggests that salt makes you hungry but not thirsty, and may help burn calories.

That when you increase your salt intake, you excrete more salt and urine, but your sodium levels stay the same. Intaking salt with the normal amount of water you drink a day, you’ll still excrete more water than taken in. Adding more salt to your body satisfies that signal to the brain for hunger and produces hormones. Multiple hormones, one being tied with glucocorticoid that is connected to increased metabolism, so your body still works as if you ate. Digesting something that’s not necessarily in your stomach so it takes from your stored fat and protein. In doing so, freeing up some water in your body to make you pee more than you’re actually drinking. All this, takes energy to happen, so you feel more hungry because your body just did alot of work processing the salt, on less food taken in.

Soo what I’m gathering is, salt can help curb food cravings but if you’re not careful, can also trigger more hunger. Salt can help you lose weight if you watch your food intake and if you get the right amount of salt, not causing health problems. Basically a balanced diet

— "Instead of drinking more, the crew were drinking less in the long run when getting more salt. So where was the excreted water coming from?

“There was only one way to explain this phenomenon,” Dr. Titze said. “The body most likely had generated or produced water when salt intake was high.”

Another puzzle: The crew complained that they were always hungry on the high-salt diet. Dr. Titze assured them that they were getting exactly enough food to maintain their weights, and were eating the same amount on the lower-salt diets, when hunger did not seem to be problem.

But urine tests suggested another explanation. The crew members were increasing production of glucocorticoid hormones, which influence both metabolism and immune function.

To get further insight, Dr. Titze began a study of mice in the laboratory. Sure enough, the more salt he added to the animals’ diet, the less water they drank. And he saw why.

The animals were getting water — but not by drinking it. The increased levels of glucocorticoid hormones broke down fat and muscle in their own bodies. This freed up water for the body to use.

But that process requires energy, Dr. Titze also found, which is why the mice ate 25 percent more food on a high-salt diet. The hormones also may be a cause of the strange long-term fluctuations in urine volume.

Scientists knew that a starving body will burn its own fat and muscle for sustenance. But the realization that something similar happens on a salty diet has come as a revelation.

People do what camels do, noted Dr. Mark Zeidel, a nephrologist at Harvard Medical School who wrote an editorial accompanying Dr. Titze’s studies. A camel traveling through the desert that has no water to drink gets water instead by breaking down the fat in its hump.

One of the many implications of this finding is that salt may be involved in weight loss. Generally, scientists have assumed that a high-salt diet encourages a greater intake of fluids, which increases weight"

The problem with a lot of this is that there are not many human studies done on keto people. I know that if I’m fasting and get a hunger pang, and eat salt, that hunger pang typically goes away.

I also know that if I don’t take in enough salt, I’ll get lower leg cramps. This is particularly true while fasting > 24 hours, though it’s true even while eating.

Of course, it’s more complex than this, as if I’m fasting, I’m also not taking in potassium, magnesium, who knows what else?

I can see where it’s possible “too much” salt is bad, but it’s really difficult to tell where that line is. At least for me, it is.

I can see where it’s possible “too much” salt is bad, but it’s really difficult to tell where that line is. At least for me, it is.

Before I followed keto, whenever I ate at a restaurant, I would be very thirsty, puffy, and and bloated afterwards. I could not wear my wedding rings after eating the restaurant food. I always figured that was because the food was very high in salt.

Now, on keto or carnivore, that does not happen. I eat tons of salt and I don’t bloat up. I do believe those experiments and adverse reactions from too much salt would yield very different results if the participants were eating low carb. Once again, a study that I just don’t think pertains to people following low carb diets.

Whenever I am Fasting I find that swallowing some Pink Himalyan salt crystals is very beneficial if I am feeling any hunger at all, so I feel for me personally that this does work. I have no idea about the science behind it; however, I just read early on in my Keto journey that it was effective, and it does seem to work for me!

Pickle juice is good too. Known to stop leg cramps. And if it’s fermented pickles, you’re getting some probiotic (though I wonder how much?).

salt is an very important ‘balance’ for the body so IF IT is off in any way, many times people need a bit of salt to ‘re-balance’ and it ‘fits the bill’ on the ol’ body.

plus think, how many times hunger comes and one drinks a big ol’ cool glass of water and is ‘fine’ and hunger leaves…yea dehydration can signal kinda just like hunger too.

like a glass of water for thirst that can present like hunger or take in some salt a bit to rebalance the electrolytes etc. we can find it ‘does satisfy hunger’…but not really, cause there was no true hunger, but when off many things can ‘present’ as hunger cause our bodies NEED something

salt is not satisfying any real hunger, but it is fixing something the body needs and at the same time, we think we suppressed hunger when kinda we really ‘didn’t’ cause our minds go ‘to hunger and friggin’ feed me’ please

Your body is in want, and want = need, hunger… but we think hunger = food intake when water and salt could be the fix it needs for short term issues that hits our bodies thru our day.

our thinking is screwed up HAHA