Rattle your pitchforks and say #yes2meat

Okay you have some good points. I believe as you believe that we just don’t want it bad enough as a majority. You’re not going to convince people in L.A. and Phoenix to give up their cars. People are still spending money for gas hog vehicles that are at the bottom end of what the government allows the auto industry to produce fuel economy wise.

Some people care about things and buy hybrid cars but they have their own toxic footprint with their batteries and the factories that produce them.

And yes, there are many areas of Africa that are underdeveloped and exploited for natural resources. Underdeveloped as in no irrigation, infrastructure, medical care and hospitals or safe water supply. Those conditions exist in many parts of the world still. It may be because of colonialism as you say or huge corporate entities in most cases. So I’m not trying to oversimplify the issue either. I don’t believe there is a simple answer.

And there’s a reason why we can afford to do this while places like the DRC can’t: colonialist exploitation of resources. Not because they overpopulated themselves.

Corruption has always been a problem throughout history. This is the first time that I have heard of the American colonization of anywhere. Mega corporations maybe, but they exist beyond any of our control as individuals. I feel your anger but where is the solution?

Our government gives more money as foreign aid than any other country on earth. But things never seem to get much better anywhere. Can you afford to pay more money to live than you do now? Are there significant ways you could lower your standard of living for distribution among the world’s poor. I’m not rich, are you? I assume not. I live below the national poverty level.

Most of the worlds wealth is owned by less than 1% of the population. Some become so obsessed with money they could never spend 5% of what they have even if they wasted it. Even at the bottom of the US wealth standard I don’t feel like I have a right to another persons wealth. If we paid a lot more to the DRC for oil and minerals do you really believe that people there would be any better off. It would all go to make the rich richer and corrupt officials richer. Yes, the rich are greedy, that’s usually how they got rich. But what are you asking for, a socialist revolution worldwide? Not going to happen any time soon. 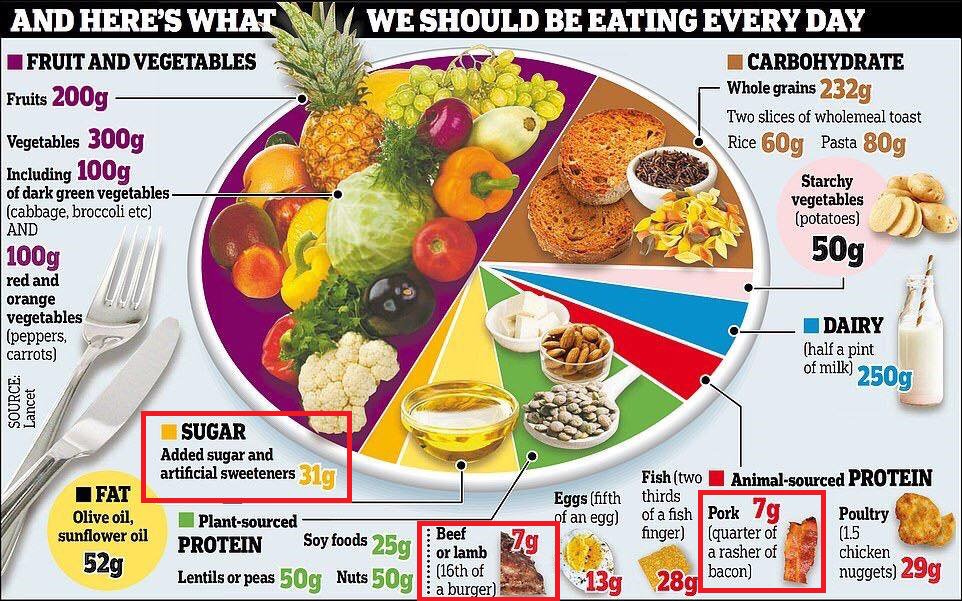 Worth clicking, but they actually recommend more sugar than meat. Which is nuts.

This planet has many unproductive areas because of lack of water, rocky mountainous terrain, polar wasteland or extremely poor soil.

This is where ruminants come in. They cause grass to grow, fertilize the soil, etc. The cause the soil to be carbon-beneficial. See, eg:

This is what happens when you move from farming (left) to cows (right): 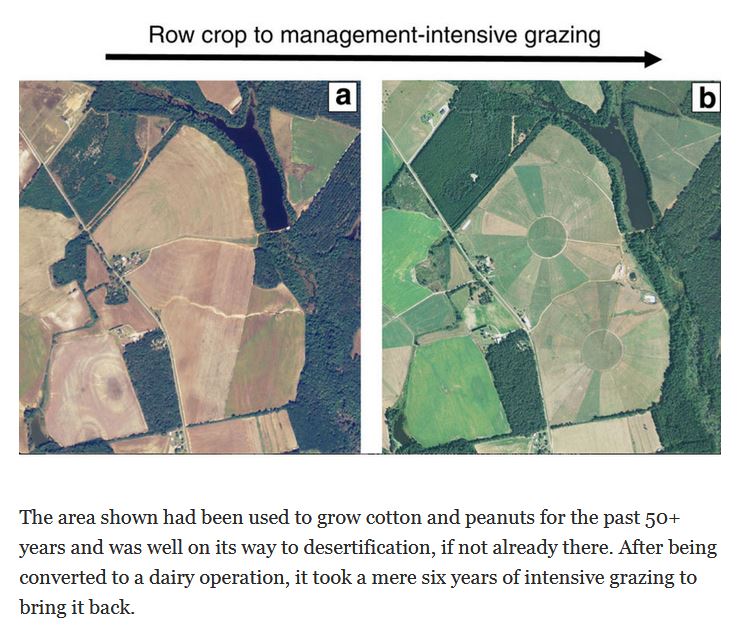 That’s right, those farting, global-warming cows actually cause the opposite and add carbon to the soil and undo desertification.

You can also see here:

From forage production, through utilization, to human health.

Or the Father of it all:

This is what happens when you move from farming (left) to cows (right):

Thanks, Bob. We need more information on how the presumptions that lead to EAT-Lancet’s conclusions are wrong, and less personal advocacy for one’s pet economic system.

Looking at all these charts looks like a mass murder if this were a forced solution? (…looking at this on a much deeper level)

If by any happenstances, there were a global shortage of food; chlorella would be the best choice?

My question is; who the frick cares about looking at this up to the year 2050? 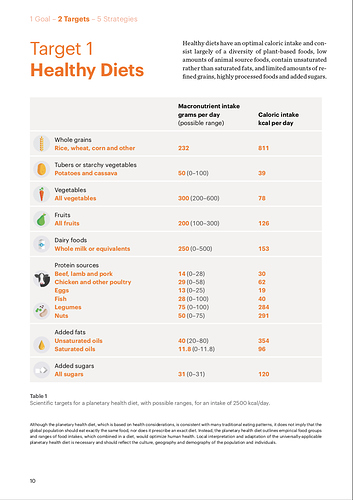 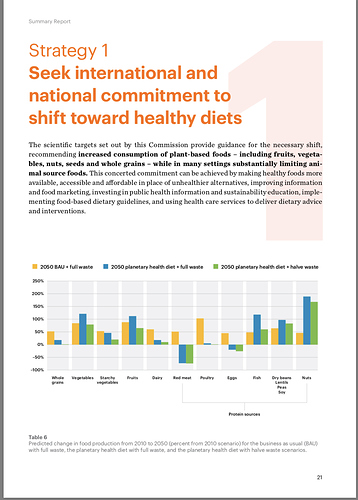 Preachin’ to the choir here. It’s definitely more ecologically sound, but will not solve world hunger. Pastured is superior.

Worth clicking, but they actually recommend more sugar than meat. Which is nuts.

This is insane. Can rational people actually go for this after all that we know about nutrition?

Looking at these charts looks like a mass murder if this were a forced solution?

Yes. It would be a disaster for mankind. They might have to use force to get the job done.

And then the real kicker, 31g of added sugar?

Gotta allow for that one can of Pepsi, as long as you exercise it off, amirite?

all of America could live comfortably in New Hampshire)

And no, we really couldn’t live comfortably in New Hampshire, without farming/ranching a good portion of the rest of the country.

2- I’m not packing densely with a bunch of folks from the Deep South in New Hampshire.

2- I’m not packing densely with a bunch of folks from the Deep South in New Hampshire.

That’s valid, speaking as someone who lived in VA for 22 years.

And no, we really couldn’t live comfortably in New Hampshire, without farming/ranching a good portion of the rest of the country.

Just get rid of the corn, wheat, and soy and then pretty much the entire Mid West could support us. I didn’t say we could live with our food right by us. The point was someone saying we are overpopulated, to which my rebuttal is that, objectively, we are not.

I have seen your recent post mentioning global warming. If we’re not overpopulated how could this be happening.

It’s happening on all the planets. Warming and cooling is cyclical.

Plus there is the solar minimum and maximum cycle, which impacts shorter term cycles. Right now, we’re in a solar minimum, with very few solar flares, resulting in a reduced magnetosphere, which allows in more solar particles. This is part of the electric universe theory, which is no more well accepted than keto.

Funny their example for poultry is chicken nuggets. And “fish finger” for fish.

I didn’t say we could live with our food right by us. The point was someone saying we are overpopulated, to which my rebuttal is that, objectively, we are not.

Under a different estimate, Manilla is merely 3rd, Ulaanbaatar Mongolia crams 1.4 million people into 1.8 square miles… at 760K/sq mile, were’s still not even close to 3+ million. I’m an urban dweller and even I find this level of density a bit off putting.

Funny their example for poultry is chicken nuggets. And “fish finger” for fish.

Of course it is - processed foods in the frozen version. Boosts their profits.

I didn’t say it was ideal, I just said it was possible. Build up. And if we can’t agree on New Hampshire, we could definitely agree we can all fit in Texas, yes? More ideal? My point was still that no, we aren’t overpopulated.

You don’t consider chicken “meat”? With the beef, lamb, pork and chicken I get 43 g which is more than the sugar.

The whole thing is ridiculous and a complete sell-out to the processed food industry but was curious about why chicken was left out of the equation.

**edited to add: I clicked on the link and they didn’t say meat - they listed beef, lamb and pork specifically so their assertion is correct.

Land that you can pack in is hardly the measure if your New Hampshire Super Arcology/MonoBloc requires all of the midwest for ranchland. Who is going to tend the cattle? Robots? Drones?

Nah, we hot, we round, and we crowded enough… the world is overpopulated for the current state of development. That MUST include food production.