Potassium - How much and how exactly?

I am one week into keto and feeling a little tired but generally good. taking water, salt, daily magnesium but unsure about my potassium needs. I have read similar posts/enquiries but still unsure how much ‘low salt’ (reduced sodium salt by Sainsburys 66% Potassium Chloride) to take if any. I have read that the body’s daily requirement for this mineral is 4700 mg but even if i eat 100 g spinach, whole avocado and at least 50 g meat protein, it looks like i will receive less than half of this and should supplement. I am worried about taking too much but want to avoid GP if poss at this stage. thankk 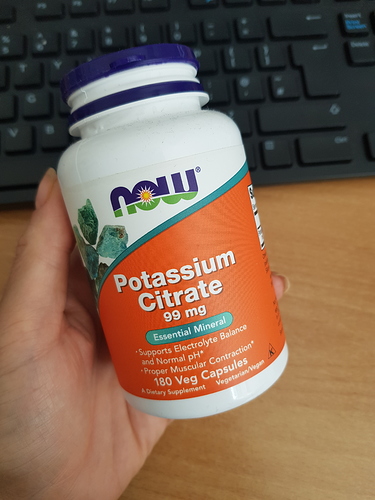 I take potassium citrate. I get this off Amazon. I take three caps a day however everyone is different. You may benefit from taking more. I wouldn’t worry about taking too much as our bodies are always excreting electrolytes, it’s kinda hard to take too much.

Getting too much potassium via supplementing is a lot more harmful than not getting enough so I would proceed cautiously about trying to hit the RDA’s recommended 4700 mg, if most of it is from a pill or powder. In fact, I believe the 4700 mg the RDA suggests is unreasonable. I’m fairly certain that a very small percentage of the population who are on the SAD, come any where near half the RDA, yet hypokalemia is rare except in cases where excessive potassium loss is caused by medication, impaired kidneys or inadequate sodium intake.

To ensure that the potassium you do get from foods is best utilitzed, make sure you get enough sodium. Sodium helps balance all of our electrolytes and we too often blame low magnesium or potassium for the problems that arise from not getting enough sodium.

Of course, these are my beliefs and I am not a doctor or nutritionist but I have done a lot of research on this. 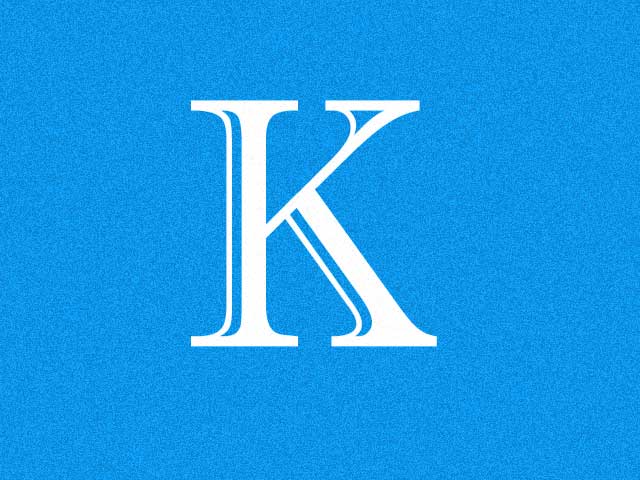 The Importance of Potassium in Low-Carb Diets | KetoDiet Blog

Why is potassium important in ketogenic diets and potassium-rich foods you should be eating.

thanks guys. I worked out if i have a pinch of low salt in my water once or twice a day then this should compliment the dietary supply. I agree that 4700 does look like a lot when considering the content in pot. rich foods. I take a good amount of sea salt on my food anyway so hoping that together will work well. On day 7, feeling quite good, that fatique is leaving me I am sure. havent weighed, just concentrating on following the guidelines, for a few more day, cant believe how satisfied i feel. Cooked slow pork yesterday and had to leave some on my plate, which is a first.
Fab podcasts. really helpful.

I believe the 4700 mg the RDA suggests is unreasonable.

Totally agree, Carl - our kidneys return ~90% of potassium to the body if needed. Potassium is also rather a special case as far as electrolytes go, being found in the blood in relatively very low concentrations compared to most, and needing to remain in a very tight range. It’s mostly inside our cells, as opposed to the others - that are found in the spaces between cells or in the blood in substantially higher concentrations (or with specialized storage, like calcium in bone tissue).

This is the paper I was looking for earlier. It puts daily required potassium levels to maintain current levels at 400-800 mg per day but strangely, it recommends 3400 mg per day for adult males and 2600 mg per day for adult females. Certainly those levels won’t hurt if it’s in the form of food but it’s quite high if our minimum goal is to replace obligatory losses.

I used to work hard to get close to 4700 mg of potassium daily. Now I aim for 3000 mg and try to get most of that through my food. Salmon (and some other fish), pork, asparagus, bok choy, celery and other foods have lots of potassium. I seek them out and eat them daily.

The other thing you need to supplement is magnesium. When I first started eating low carb, I was taking magnesium oxide and thought I had it covered. BUT, mag. oxide only absorbs about 4%, so I went through some frightening times until I got it figured out. It is pretty impossible to get enough magnesium through food, in my opinion. Take a form that ends in -ate.

For tracking what I get in my food I use the free version of Cronometer. It also helps me to see if I regularly miss any particular vitamin or mineral so I can look for foods to help with that.

thank you. I have just checked out my Magnesium. It is from Nature’s Best - Magasorb 375 daily and pack states that sources from 4 types i.e. hydroxide, oxide, citrate and carbonate. I plan to begin taking it in the evening as I am having difficulty getting to sleep, although that is not a new issue, I think Keto has made me feel ‘more awake’ and i do still feel refreshed in the morning. I couldnt resist the scales and have lost 7.7 lb in 7 days so madly happy about THAT. I just cant believe the lack of hunger pangs and resistance to snacking that comes with this in such a short time.

Let me introduce you to Steve Gibson. He is an Electrical Engineer by trade, Expert Computer Programmer, Security Consult, and all around nice guy. I only know him through his website, his reputation, and his podcast.

Although his podcast is a computer security podcast, he does often get sidetracked and talks in depth of other subjects. He introduced me to the term Ketosis in 2013 or so, thus saving my life recently when I developed diabetes with a blood sugar reading of 594 (deadly high region).

Under the menu item “RESEARCH” you will find the following on sleep supplements. He also goes into some detail about Vitamin D3 (also changed my life).

At first this looks like an advertisement, but I assure you it isnt. He just shows what he found that worked, and I think he assumed all brands were probably the same unless he otherwise specifies. I do remember when he was talking about these supplements, a month later you couldnt find any of them because of the sudden rush on sales. They were sold out for a long time but by now there should be many sources for them.

I have yet meself to investigate it further. I do trust this guy. I have known him by reputation only for over 20 years. He doesnt spout off ‘half-cocked’. He really goes into details.

Me too i am curious about how much potassium and sodium ratio should i have from the whole diet (so both supplements and food). I just got back to training so i upped the intake and for me it is 6000mg sodium(sometimes up to 9000) and 4500 potassium but i think about lowering potassium since i don’t really know if i need it that much. I really would love to know the ratio, but it’s pretty hard to get it since once you starting lifting heavy and just sweat more your recommended intake also changes.