Hey all, this is my intro post with a problem.

I’ve been on paleo oriented diets for over a decade. I decided to try carnivore to help with some autoimmune issues, and have been eating ribeye, bison burger, beef marrow, duck, and lamb for the last 12 days.

Prior to beginning this diet, my diet was mostly ribeye, some fatty white fish, apples, cooked broccoli, and dates. After just doing ribeye and broccoli for a week, I switched to all carnivore with the intention of doing 30 days of beef, salt, and water. I bought extra fat to fry up and was trying to fill up on it before really getting into the steak. I’ve ran into a couple problems.

I can almost not stomach eating another ribeye. I am fasting until I’m starving, I cook a ribeye and start eating it until I want to vomit (maybe 1/2 of my previous daily intake), then I’m sick for hours. This then has one of 2 effects, I’m simply nauseated and my digestive system is stuck, or my intestines fill with water and it feels as if no digestion is happening, then I can’t stray far from the bathroom.

The other meats I mentioned are causing more of the “can’t get too far from the bathroom” feeling, I can digest the fats (or rendered fat at all) and they run right through me.

When I started on beef and broccoli only I had pretty decent digestion very similar to what Shawn Baker describes. After about 5 days of improved symptoms on carnivore including being able to do math in my head again, it went down hill somewhat and has gotten worse on all carnivore. My cravings for sweets are up too, I’m dreaming about things I haven’t eaten in many, many years.

Right now I’m trying to have beef marrow bone meals as I already have it in the fridge. I don’t understand why I’m so sick of ribeye. I ended up taking a vitamin C after eating one because it felt like my body wasn’t filtering anything, and it ended up causing diarrhea, which made me feel temporarily better but then weak for a couple days.

I realize this is early on, however I don’t have much weight to lose and I’ve lost a chunk of it already with getting weaker and having stiffer joints and a harder time relaxing. My massage therapist worked a long time yesterday in order to get a small part of me to relax, indicating either my nerves are over tense or I have a lot more inflation than I did prior to starting carnivore. Basically, one of the prime reasons I’m on carnivore has been getting worse in the last week, and my digestion hasn’t improved.

What has improved is my vision in addition to cognitive abilities, when I’m not nauseated or extremely weak.

I am also taking very small amounts of the trace minerals no cramps drops and drinking perrier as well as regular water for the magnesium content.

So I’m really on the fence right now about continuing. I got into this because of increasing food intolerances and autoimmune, so I wanted to try to eliminate some of this and get flexibility back and reduce inflammation, and I like that I can think and see better, but something feels wrong when I can’t stomach ribeye anymore and it feels like my digestive tract or kidneys are overwhelmed.

Gosh sorry to hear that. There is a tick bite that can cause an allergy to meat. I hope that is not but just in case: https://www.npr.org/sections/thesalt/2018/06/25/621080751/red-meat-allergies-caused-by-tick-bites-are-on-the-rise

Your gut biome has to completely be rebuilt by the body to handle the higher protein and fat consumption. Different bacteria strains are required for a veggie vs meat diet. You are coming from a glucose burning to converting to a ketone burning system and you are experiencing the effects that transition involves. Search keto flu for some more info.
https://www.perfectketo.com/why-ketones-cause-stomach-pain/

I don’t think I have that. It’s not a histamine reaction, it’s more I’m not processing it.

Yeah, I know, but I’m coming from eating about 1-2 lbs of ribeye a day to now not being able to stomach 1/2 lb. So I’m actually eating less protein and fat now that I’ve cut out broccoli and the other foods.

You are eating too much fat right off the bat. If you are on Day 12, that’s very early days.

Try some less fatty meat or some eggs for a few days, until your digestion settles. Don’t be afraid of eating ‘too much’ meat. That’s not a thing on carnivore.

Ground meat with some cream cheese mixed in (if you can tolerate dairy) or topped with some bacon and/or sausage is good and many find it palatable when nothing seems to be so in the early days.

Aim for 30 days, clean. No vegetables. Right now, you are adapting and almost everyone feels like crud at that time.

Wouldn’t ground beef be easier to digest? If your beef only diet doesn’t work, I wouldn’t worry about it. That sounds pretty miserable. I would suggest kimchi and/or sauerkraut as well for probiotics and gut health. I think you probably want fiber from green veggies and nuts/seeds as well.

I have severe food allergies and cannot eat eggs, dairy, or any other supplement type food for this diet, and can only eat pork once in a while (while I tend to go downhill when eating mostly pork) and cannot eat chicken (allergy). So I can try to mix in with a little bacon, maybe I’ll lead with that. What is strange is I’ve had to cut way back on my fat and protein intake from steak since I started the carnivore diet. I would eat more of either if I could, I just start to gag every time I get a few bites in.

I’m starting to get the feeling I should have started with a 2-3 week fast.

Are you maybe ill?

Not for me. I can’t stand ground beef alone, most of the fat renders out and then it’s pure protein, and I don’t tolerate rendered fat if I pour it back on. Can’t do fermented veggies either. I’ve been running experiments for years trying to find a fermented veggie or probiotic that doesn’t cause strong immune response, and by this I mean vagus nerve activation that leads to spasms. Why? I have no clue, but every one I try does the same thing. I’ve run through the gamut with my naturopath. I’m also kind of screwed because I have an immune response to collagen (I’m already attacking my own joint tissue), so bone broth is out. Luckily marrow seems to not bother me.

Love to. Which parts? Can’t do bone broth as I posted above. 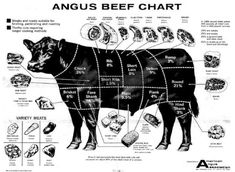 But maybe you want to see a doctor. You might have a parasite.

You don’t have the fibrous veggies in your colon to absorb the fat.

It’s VERY common to not be able to eat your beef or ground meat during the adaptation stage, to be completely grossed out by it, even when you formerly loved it. People usually recommend eating smaller portions, more often, less fat.

Does it absolutely have to be beef? In your OP you mention eating duck, lamb, and bison. Why can’t you have those as well on ZC/carnivore? What am I missing?

Try a porterhouse steak. I prefer them over ribeye. As far as ground beef, can you eat cheese on a carnivore diet? If so, make the hamburger a cheeseburger. Or put a dollop of butter on top of the patty

He said he can’t do dairy in an earlier post.

Can you eat fish or shellfish?

Can you get hold of different ‘game meats’…I found rabbit meat good.

Ah, OK, so no cheese or butter then. Bummer! Life is better w/ butter!

I cut dairy, but not butter. You can pry the stick of butter from my cold dead hands.