Well this is something I can’t quite figure out on my own. Does anyone of you ever tried mushrooms while being on a carnivore diet? I’d like to sometime soon, and I know that the dna structure of mushrooms lies closer to animals than it does to plants, but I’m kinda feeling weird about it.
I do know of the many benefits some mushrooms have, like psychedelic mushrooms bring a higher spiritual consciousness and they make me a better version of myself for approximately 2 months. I don’t take them often, but I like their effect.
Also, I’d like to add lionsmane to the menu, because of it’s ability to support brain structure and supposedly cures a great part of brain damage.
But beef also supports this all, so it might even enhance eachother. And I thought, why not add it, because it’s structure, fibres and all are so different from plants.
Does anyone have experience with this? Or have any ideas on how this might affect the diet?

mushrooms are not animal point blank. they are not carnivore.

now, you eat whatever you want when you want and call it whatever plan you want. we aren’t zc police and can’t control anything you decide for yourself in truth

Only you can decide to be carnivore plan or not.

we don’t need supps mostly unless YOU feel YOU really need some supps. Supps fall into a more personal category because they are not your food plate ya know…we can’t control your intake of what a supp does to you guessing ya need it but your carnivore food intake you can control. Everyone will be a tad diff. re: supps. ZCers take supps for specific reasons to combat specific issues mostly, like taking potass. or mag. if there is an issue mostly but again, supps you take just check how you feel on them when ya take them and if ok and you are happy then continue, if weird feelings etc. then dump them is only thing ya can do.

They’re not an animal whatever way you look at it, but if you want to eat them, eat them. It’s your choice completely.

Does anyone of you ever tried mushrooms while being on a carnivore diet?

Of course not. Just like I didn’t try bacon while being on a vegetarian diet though being a vegetarian is stricter, of course, we can’t sprinkle some ham powder on our eggs there while some spices and coffee, while not carnivore items, are probably allowed according to most carnivores.

I would say a tiny mushroom in your meat dish is fine, I call that carnivore-ish though… So it’s not the main thing, just like a spice. I can’t label that carnivore but well, it doesn’t matter much, does it? You do what works for you. I like to do carnivore-ish (and I have off days too because I can’t and don’t want to avoid them and doing them subtly and rarely works just fine for me). It’s good enough and easier than being strict while being sure I don’t need that. I do have tries at the real thing if I feel ready, who knows, maybe it is different… But normally, I am fine with my little extras. It’s not doing carnivore or eating plants galore, we can stop anywhere (if it works for us).

I don’t think it matters if mushrooms have kitin, they aren’t carnivore according to the definition on carnivore.
I look at them differently. They are very very low-carb, my body is okay with them so if I really want them, why not? I only eat very little tasty wild mushrooms we find. It’s clearly worth it to me.

I never tried any but not many things could stop me there… As long as my body wouldn’t complain.

IDK about plant helpers as my body feels best very close or on carnivore… If you want them for real benefits, sure, it’s your woe, you decide. If it’s for a good reason and it’s just a little so you don’t use it as food, it may be even okay from a carnivore’s viewpoint, I don’t know or care, I want the best woe for my body and mind and I think it makes the most sense.

Of course not. Just like I didn’t try bacon while being on a vegetarian diet

love it S! just so funny to me when I read that!

I have recently taken some magic mushrooms, eaten some pot and maybe a few other drugs. Since I am only eating them for effects (not as food), I do not count those occasional times as eating. In general however, I avoid all plants … well, unless I am doing drugs /wink.

I will give ya a big

here too, @Naghite
Well is that a wink emoji, I guess it is, lol

too wild now for this ol’ gal

but ask me back in the day!

Yeah bacon! Heheheh yeah I must sound a little insecure right now. It’s because my body reacts quite hard on anything that isn’t meat or eggs, so I thought maybe anyone tried and I could learn something.
I guess it would be fine, I don’t know how it will be on carnivore

OK I CAN EASILY EAT MUSHROOMS and do fine. 5 yrs zc. but I ‘choose not eat them’ from the ‘science behind what they can react in my body’ even tho I don’t know they are doing it. I don’t get inflammed, ill, or weirdo or EVER hate the darn taste and they do not give me cravings in any way.

yup I am a carnivore who can eat mushrooms, love them, enjoy and ‘feel like they ‘’’‘add’’’ to my steak ya know easily and this 'makes me very happy of course!

but then went further. I have researched mushrooms on their level on what they do in the body and ONE only reads the good, when I delved deeper I don’t ever need ‘these bad’ boys I researched ya know and then I made my ‘personal carnivore plan decision’

which way do I go?

So key being we ALL do well on xyz or abc but if one is NOT off that ‘are we carnivore’ and DO WE REALLY experience zc forward life well being off them? We must leave all plants gone to find us ON carnivore and if one can ‘then go back a bit and flourish’ later, like 6 mos at least off all plants, then we kinda start to find us in what it takes for us.

Hey personal call on this one ya know. I think we all got ‘where we want and need to go’ and a final stand but that will never ever be for each of us.

Ketovore. Heavy carnivore daily foods and a ‘tad of what works for you’ and you FEEL SO darn wonderful…hey for me if it is what I wanted I could go there, but I took that stance after elvaluating the entire mushroom species IS ALL about to opt out…but that was MY research ya know and you gotta find you

key being do you. can’t ever get any better than that.

The last time this came up, I did a quick Internet search and discovered that fungi are considered to be neither plants nor animals.

Make of that what you will. Whether you consider carnivore to mean “plant-free” or “animal foods only,” mushrooms still might or might not work for you. A lot of carnivores eat meat/fish only, because other types of foods cause bad health effects for them.

Nice, thanks for your answers. I really like to read and do a little research before I put anything back. Last 2 times went horribly wrong

do a little research before I put anything back

yea that sure can happen.
when we do a dramatic elimination menu like carnivore our bodies absolutely will show us what will work for us or against us

just a personal walk we all take! So get that.

well, if you want to stay carnivore you just don’t eat them LOL
if ya wanna walk backward into like Keto Plan, yea be sure to test things you add back, and add back very slowly 1 thing at a time so you can see how you do on it. add a few things back, don’t feel good, one can’t be sure what food hit ya wrong.

Agree with @Fangs here. Make sure that is the only new thing you add for a couple weeks at least. Your body will tell the answer, much better than we can ever guess.

They cause me a massive amount of inflammation, and often times migraines.
So, I will pass.

You know what you can use instead… SNAILS.

yep, chop them up a bit, and cook them in butter. I’ve had them as a “side” to my steak enough times that I keep many cans them on hand!

Nah it’s not just for the taste, it’s for their “benefits” but idk, mushrooms need to release toxins too I guess

mushrooms are not animal point blank. they are not carnivore.

I thought I’d find you here Fangsy. This is a topic we look at in different ways.

If ZC carnivore is an elimination diet for plant toxins, then fungi are welcome for a try-out, I reckon. 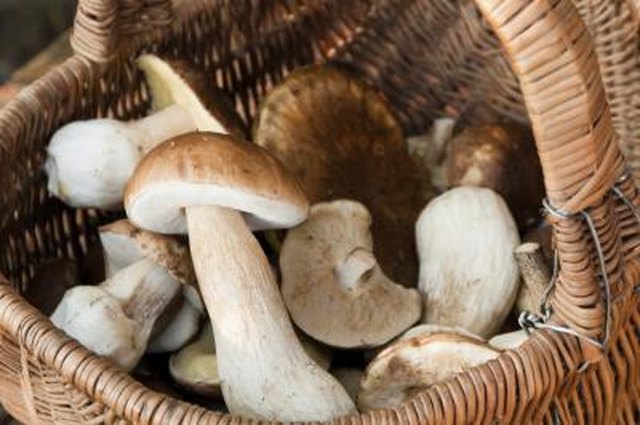 What Vitamins Do Mushrooms Have? | Livestrong.com

The ancient Egyptians believed mushrooms were the plant of immortality, and while they may not help you live forever, mushrooms provide nutrients to keep your body healthy. Mushrooms come in many varieties, including white button, portobello and...

If ZC carnivore is an elimination diet for plant toxins, then fungi are welcome for a try-out, I reckon.

meat is totally complete. science covers that one

and no they aren’t a try out IF ONE is on animal only plan.

every excuse is used to try to allow mushrooms on carnivore. Doesn’t work tho, lol.