So… covid being covid, many items are harder to find these days or are at a premium. Even Amazon is kind of pricy. What is your favorite source for Konjac noodles? Have you found an online deal that’s awesome? Is there a particular grocery outlet that has a better deal? I find that pasta is something I cannot do without. Or will not. And I really do like these but at $3-4 per tiny serving it’s not exactly budget friendly. What say you?

The supermarkets around me all carry pasta zero, I think they’re all gross personally. I’ve tried to like them many times. I just started eating Dreamfields pasta when I want it. They supposedly do something to minimize blood sugar impact. Back when me and the wife were super strict keto and would get carb hangovers whenever we fell of the wagon, the Dreamfields stuff never effected us. So they’re doing something to it. That’s assuming it’s an actual pasta replacement you’re going for and not actual noodles.

Thrive Market has good prices on shirataki ($2) but you need to have an annual membership. Also it’s delivery based so you can’t get something last minute, for example. They had some supply challenges in early covid times when everyone was ordering online (Summer 2020) but are fine now.

Assuming most people have Amazon Prime at this point you could get it from Prime Now.

I can get it cheaper local in my rural market than I can from Amazon.

I get it. Amazon is CONVENIENT. But they’re not exactly the low price leader. I mean, if you read my post, (all evidence points to no) hI actually even stated that Amazon is pricey.

Depends on where you buy it from, if you don’t pay attention with Prime Now it’s very easy to wind up buying from Whole Foods than Amazon themselves. It used to ask you first thing when you signed into Now which one you wanted, now even if you pick one they’re intermixed.

If you’re in a rural area though you sure you’re talking about Prime Now? The whole point is to compete with local supermarkets, Prime Now and Amazon Prime aren’t the same service. I can save around $60 per shop with Prime now vs all the Supermarkets in my area (which is a lot of them) with the exception of one, which is a low end cheap chain but I like my produce to stay good for longer than 3 days.

Prime now is not available here

I just started eating Dreamfields pasta when I want it.

I have no problem with your eating Dreamfields pasta when you want, but you might want to just eat real pasta: 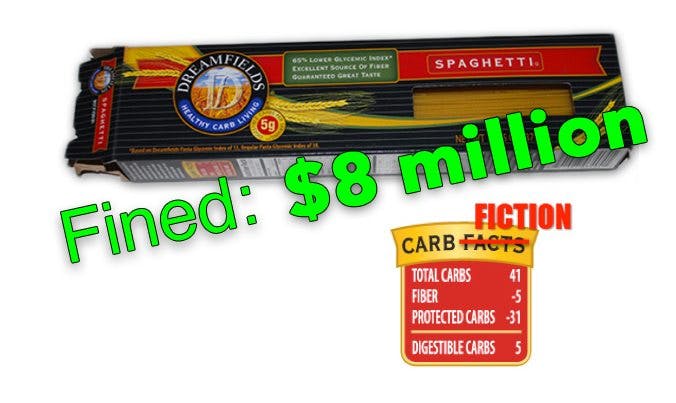 Let this be a warning to all companies shamelessly selling “low-carb” fake products. Dreamfields, the biggest brand of “low-carb” pasta, has for a long time lived on a blatant lie.

I’ve heard about it being an alleged scam, but real pasta is very noticeable after the fact for us (or used to be) and Dreamfields never was. So they’re doing something. What that is I don’t know but it tastes exactly the same so why not?

They could be doing something, or maybe using different wheat varieties. That could help. But as for blood sugar, it’s not an improvement.