Most Comprehensive Review Yet of Keto Diets Finds 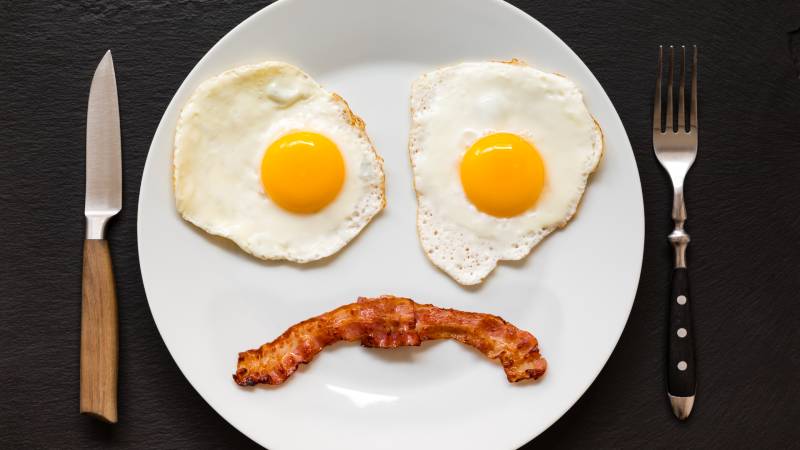 WASHINGTON—In the most comprehensive analysis yet of ketogenic (keto) diets, a review in Frontiers in Nutrition finds keto diets place pregnant women and kidney disease patients at risk of adverse health effects.

Ketogenic Diets and Chronic Disease: Weighing the Benefits Against the Risks

Very-low-carbohydrate ketogenic diets have been long been used to reduce seizure frequency and more recently have been promoted for a variety of health conditions, including obesity, diabetes, and liver disease. Ketogenic diets may provide short-term...

Oh, yes. More of the same nonsense. The first article was produced by the Physicians’ Committee for Responsible Medicine, of which Neal Barnard is the President. He is also one of the authors of the second article. Dr. Barnard is no fan of keto, as these biased articles show.

Let’s look at their findings to illustrate the bias.

Five key findings of the paper are:

I know what they are saying about keto and diabetes… there seems to be a correlation between people who do keto and them having diabetes. Hence keto causes diabetes… errrrr, I wonder what’s wrong with that thinking???

Above is a link to the abstract of one of the cited articles about neural tube defects. I didn’t want to pay for the whole paper.

When discussing the low carb group, they said, “Restricted carbohydrate intake was defined as ≤5th percentile among controls.”

What does that mean? No actual quantity of carbs was mentioned.

Also, the dates of the births were before keto was even popular.

I haven’t read these articles but it wouldn’t change much anyway. My body is way more reliable and it adores extreme low-carb… And I must cooperative with my body as I can’t live without it

It’s nice not to have all the responsitibilities…

There is no a single fixed keto diet. Many of us could do keto in a very unhealthy way… What’s more, give me fixed macros, pretty okay ones for me at that and I still can make a horrible menu. With pretty nice keto items, even - but not the ones for me.
I believe keto isn’t even for everyone all the time but especially not a style incompatible with the one in question at that time. What works for one person, may be very bad for another.

Keto is merely very low-carb. And carbs aren’t essential… And we have options and can get our nutrients from our food without using much carbs (if our circumstances are good enough. I am very sure that some extremely poor person in a very undeveloped country can’t just do some healthy keto. I would do what I could to do low-carb but if starvation or not having money for even shoes is the other option, I would give up even that)…

As I read the comments… They still haven’t get bored with the cholesterol BS? Wow. It’s out there since ages… There are experiences too and I just can’t dismiss them. Especially not my own.

Oh you never read this before? Lucky you!
For certain groups, meat or fat is the reason of almost all health problems related to our diet (but I personally dislike when they blame my beloved eggs without any reason). And probably other problems too… Yeah, many problems, behavioral, moral, whatever.

(I am not against vegans, never was. I just very much dislike the bigot, hateful and idiotic ones.
But if fat is the main problem, it’s a bigger group, sadly.)

Vegan propaganda and lies… why even bother reading it…

I know what they are saying about keto and diabetes… there seems to be a correlation between people who do keto and them having diabetes.

Early on in my nutritional journey, I came across a YouTube lecture (I believe it might have been Michael Greger) that stated that it was eating beef that caused his father’s diabetes. I knew even at the time that had to be crap.

As for the correlation between eating keto and having diabetes, I had diabetes when I embarked on a ketogenic diet, but after a while eating keto, I didn’t anymore. (And corrleations are slippery things. As either Nina Teicholz or Gary Taubes points out in a lecture, there is a strong correlation between shoe size and reading ability. But the confounders are age and education.)

From the study: “ Carbohydrate and folic acid intake before conception were estimated from food frequency questionnaire responses.”

Oh dear. We all know how accurate those are. So the researchers were estimating nutrient intake from a questionnaire about the food they were eating 2 years (or more) prior. This is such weak science, it’s hysterical. And they put this upfront in their meta analysis. Remarkable scare story tactics.

Complete rubbish. Keto is the most sustainable way of fueling my body for 2+ years. It has effectively reversed my type 2 diabetes. I am approaching a clinically normal weight after 30 years obese. No more diabetes drug, including insulin. My high blood pressure and meds are gone. I take no drugs. I feel great. Yes LDL cholesterol is high, but its the large particles.
I just finished a 3 day fast, and I was going for 4 days, but someone offered to buy me lunch and I caved. The 26 year old, otherwise fit and healthy, associate who bought me lunch said he fasts occasionally for 24 hours, and can do no more.
Winning!! (Perhaps I am just an statistical anamoly)

I read very little about keto, by design. I just know it works. In so many ways beyond weight control. Energy, mental clarity, overall feeling of well-being, etc. But my number one reason to stick with keto is the total lack of cravings and not being obsessed about food. It’s now simply something I do to take care of myself. Maintenance. Whew. That was a long time coming.

It’s now simply something I do to take care of myself. Maintenance. Whew. That was a long time coming.

Answer: just do one week on and one week off, then all good. Sounds simple doesn’t it? If only I could do it.

I am now ON, and will be on for at least another few months. I will achieve my goal. It is the goal after that that I always fail at. Grrrrrrrrr……….

Going off and on this way of eating will sabotage you. You are either on or off, Reaping the full benefits or not. Perhaps it’s not luck on my side. Perhaps it’s the lessons I have learned from being a recovered alcoholic and smoker. I am a very addictive type. I have FINALLY learned that I am incapable of moderation (which means cheating) and I simply can’t handle a bite outside my new zone. I have developed super human will power in order to control my abysmal lack of will power. Recovering addicts have an advantage. We accept boundaries.

Ketosis is your bodies natural state. Do it as healthy as possible!

Shure, but it doesn’t come close to the harm refined grains or refined vegetable oils can do to you.

Well ya. Fentanyl is pretty bad too.

I am a very addictive type. I have FINALLY learned that I am incapable of moderation (which means cheating) and I simply can’t handle a bite outside my new zone. I have developed super human will power in order to control my abysmal lack of will power. Recover addicts have an advantage. We accept boundaries.

I’ve reached the conclusion this is true for some people. Got this book, about carb addiction: 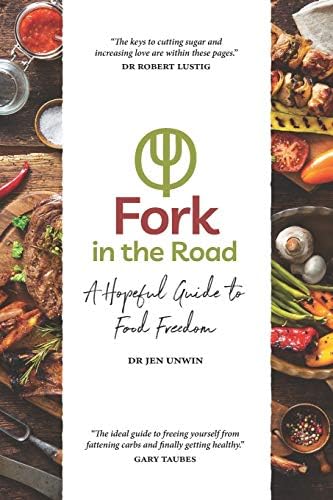 Fork in the Road: A Hopeful Guide to Food Freedom

It’s got a test in it to determine whether or not you’re addicted. If you score high, her solution is to stop. It’s not “I’ll have a little”, it’s to stop.

When I took the test, I scored a zero, though would have scored slightly higher if there was a “maybe” (each question had only Yes or No). I believe that’s because when I was 16, I started body building, and I saw food as a tool. I still largely treat food as such.

But there are plenty of people I know who need to just stop.

Now, it might be that after a certain time, you can have some (what used to be) trigger foods, sometimes. But it also may not be.

I’ve reached the conclusion this is true for some people.

Some estimates say that about 20% of the population is vulnerable to addiction to a given substance or type of behaviour. Fortunately, we can be in the 20% for one thing and in the 80% for something else.

I never managed to get addicted to smoking, though people I know were hooked on nicotine from their first cigarette. Where certain other substances are concerned, however, that’s a different story . . . .