OK, so we know Insulin is the 800 lb gorilla, but how is Leptin resistance fixed.

This guy is selling a system so… Grain of salt

Are you overweight? Struggling to lose weight? Have trouble feeling full? You could be dealing with leptin resistance, in which case you need to focus on getting your hormones back in alignment naturally.

Again, Dr. Fung, so likely spot on.
https://idmprogram.com/who-needs-to-avoid-fat-bombs-and-bpc/
So is fasting the only answer to “I still feel hungry, most of the time”? 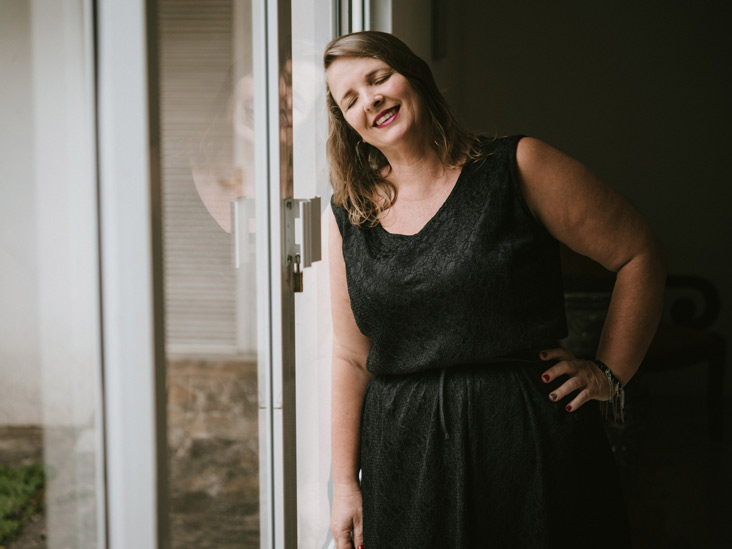 Leptin and Leptin Resistance: Everything You Need to Know

This is a detailed article about the hormone leptin, as well as a condition called leptin resistance. This is the main driver of fat gain in humans.


So Increase omega 3, I’m already OK on sleep, no processed foods, fiber. Could increase protein a bit, and exercise for sure.

Or supplements for women
https://janetfitness.com/stay-healthy/leptin-and-weight-loss

I’m following this post. I watched an ad for a “program” called “Thin from within” claiming that the keto diet causes leptin resistance in women specifically. I know it was a lot of garbage but it started me down the Leptin rabbit hole and I was suprised to see very little about it on this forum. I hope someone can clarify this claim! I have been on the keto woe for almost 4 months and having very slow weight loss. Just looking for any and all possible answers.

Hi Jen,
I am not leptin resistant. However, I have read posts here on the forum of sme ladies who maybe. They count calories in order to keep from overeating. Generally with keto I haven’t felt the need to count calories. But we are all individual fluffy unicorns so what ever works. Is keto to blame? Most of these posts stated keto helped but in some cases even though they were eating enough fat, they still felt hungry. I’m sorry I read these posts a while back so I can’t refer them to you. You may check the search window. My 2 cents

I was hoping to hear some clarification, but seems that fasting also helps with Leptin resistance, but not sure. Didn’t get any nibbles from the science community.

It is interesting, when I first started IF and then keto (in that order, was on moderate carb) I would become very satiated really quickly. I credited IF since I was fasting so much I felt that is reduced my appetite. After about 8 months or so I do find that my appetite is somewhat back. Not at meals, at those I am fine but the after eating muchies, where you grab nuts or berries or sour cream as you pass the kitchen. This week I started IF again after a 2 month break and I feeling less of the munchies.

Given that I was never satisfied on Sad and often unsatisfied on moderate carb I think I was probably lepetin resistant to begin with. I can live with this and I do not think that keto is causing it but more that my metabolism has a way to go before I am like my skinny neighbor who has an off switch

Ginger contains Gingerol - which increases the body’s levels of leptin! There are specific studies on leptin and Ginger - only done with mice and rats unfortunately - despite the long history of usage in eastern medicine and the lack of obesity in traditional Asian cultures which used Ginger powder for medicine along with fresh Ginger in cuisine and tea.

I don’t like a lot of the western industrial studies that experiment on other creatures in general - and they rarely incorporate low-carb/keto with high fat diets and put creatures and people at higher risk (as evidenced by how they create obese rats and then experiment on them, and such). Anyway, here one of those studies:

Obesity represents a rapidly growing threat to the health of populations and diet intervention has been proposed as one of the strategies for weight loss. Ginger and its constituents have been used for their anti-flatulent, expectorant and appetising properties and they are reported to possess gastro-protective and cholesterol-lowering properties. The present study investigated the effects of gingerol on the changes in body weight, serum glucose, insulin, insulin resistance and lipid profile in plasma and liver as well as on the activity of amylase, lipase and leptin in high-fat diet (HFD)-induced obese rats.HFD-induced obese rats were treated orally with gingerol (25, 50 and 75 mg kg(-1) ) once daily for 30 days. A lorcaserin-treated group (10 mg kg(-1) ) was included for comparison. The levels of body weight, glucose, lipid profile and insulin, insulin resistance, leptin, amylase and lipase were increased significantly (P < 0.05) in HFD rats. Rats treated with gingerol and fed a HFD showed significantly (P < 0.05) decreased glucose level, body weight, leptin, insulin, amylase, lipase plasma and tissue lipids when compared to normal control. The effect at a dose of 75 mg kg(-1) of gingerol was more pronounced than that of the dose 25 mg kg(-1) and 50 mg kg(-1) . The lorcaserin-treated group also manifested similar effects to those of gingerol.These findings suggested that ginger supplementation suppresses obesity induced by a high fat diet and it might be a promising adjuvant therapy for the treatment of obesity and its complications.

And another study on cells in the lab environment showed that treatment with (6)-gingerol inhibited adipocyte proliferation as well as each adipocyte differentiation step.

Effects of (6)-gingerol, ginger component on adipocyte development and...

Ginger has a dual antiobesity effect. Gingerol and shogaol increase the metabolic rate (increase of leptin and reduction of insulin and cortisol) and thus help to “burn off” excessive fat and also suppress the absorption of calorie-dense dietary fats from the intestines.

So, I think whether or not one is leptin resistant, Ginger (taken in standarized capsules daily doses, along with enjoyed in food and/or tea) is a powerful friend for fat loss. It restores leptin and increase anti-inflammatory processes (as good as but better than NSAIDs for pain, too). I love it for these reasons as well as the fact that it brings circulation to the entire gut and pelvic floor, speeds elimination, enhances general satiety, and helps the body recompose the stubborn lower belly fat!

Obesity is a complex disease caused by the interaction of a myriad of genetic, dietary, lifestyle, and environmental factors, which favors a chronic p…

Wow! Thanks so much! I love strong ginger tea. Many things can increase Leptin, even your own fat. Will the ginger reduce your resistance to Leptin.

I can’t use nsaids, or acetaminophen, so good to know ginger will help!

I can’t use nsaids, or acetaminophen, so good to know ginger will help!

I keep thinking my body should be having withdrawal symptoms for nsaids and tylenol, I’ve taken so much of both over the years! In a way, you are lucky you can’t use them. I have started taking ginger caps daily and I’m trying to be more aware of aches and pains so I can tell if it’s doing me some good. I probably should be taking more than I am, so there’s that.

Yes, apparently Ginger is quite the hormonal healer according to some studies which identified cortisol reduction and leptin uptake increase. Other studies say no on the leptin, and it gets confusing. But across the board it’s a powerful anti-inflammatory and digestive healer - which helps everything else. I know Ginger has helped my midlife female keto enormously - lots of positive feedback signs.

I learned recently that Ginger has curcumin in it, interestingly! Less than Turmeric though, but syncopated with gingerol is quite a synergy apparently…

also suppress the absorption of calorie-dense dietary fats from the intestines.

But, I want to absorb this. That’s why I ate it. I want it to be ketones. This sounds counter to the goal of eating fat.

I think the point for those in ketosis and at least 80% or more fat adapted, may be that this allows for the body to burn its own fat more.

Reducing dietary fat intake when one is fat adapted and has body fat to burn is necessary for body recomposition (at least for those who aren’t IR). Ginger’s assistance in harmonizing metabolic hormones may in fact reduce basal levels of circulating insulin as it simultaneously reduces cortisol.

Dr. Phinney points out that as one recomposes the body with metabolic healing, we will tend to automatically use the right amount of plate fat vs. body fat, based on satiety signaling. Satiety in a fat-adapted person involves healthy levels of leptin and also digestive enzymes production - both of which Ginger can be a wonderful ally for.

If you search this here forum there are a few fascinating discussions on it.

Does this hamper the absorption of those necessary fat-soluble vitamins as well?

Supplementations are a good way to further give a boost to your already made efforts. BUT supplementation is not a magic pill and cannot replace the food and exercises we perform. That being said if you’re following the diet and exercise program religiously then go ahead take your supplements. But also make sure it is devoid of any harmful or addictive chemicals and substances. Ensure that they are 100% natural because most of the chemicals do have side effects otherwise take advice from your doctor. And also sleep well. If you’re getting overweight and you’re not having enough sleep. Then that’s the culprit.

There is a recent excellent Fat Emperor interview with a doctor who did a lot on Leptin. Sorry no time to go find the link.
You are on the right track, it is important.