Effect of a plant-based, low-fat diet versus an animal-based, ketogenic diet...

I could not find the original discussion here, though. Sorry.

Anyway, Peter D. from Hyperlipid has some interesting thoughts: 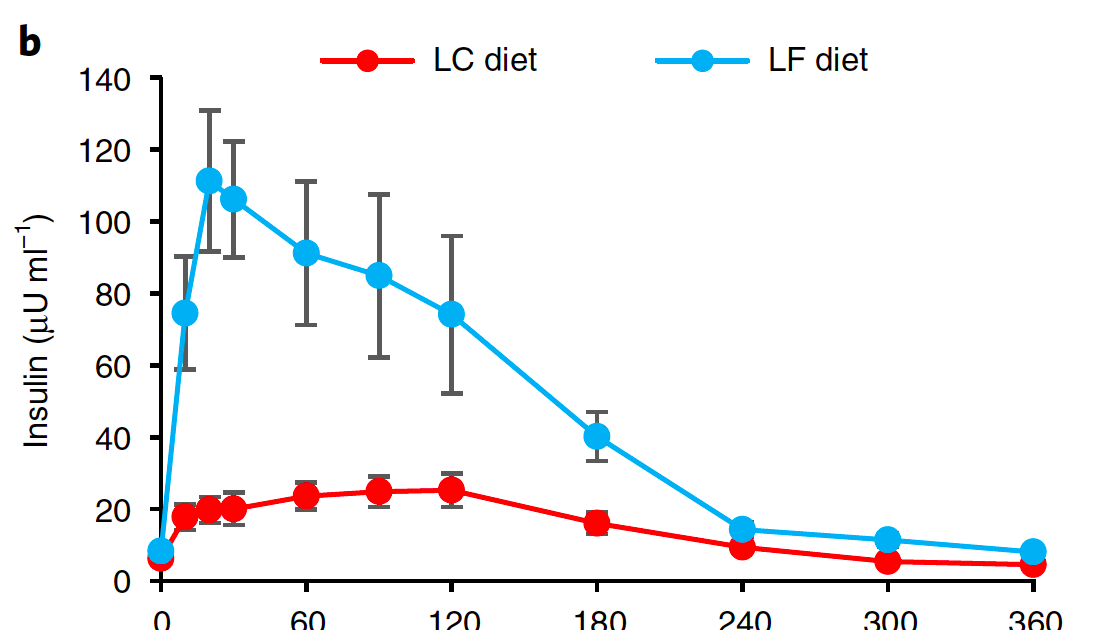 I have to say that I have enormous respect for Tucker Goodrich's self restraint in not commenting further on the single largest confounder i... 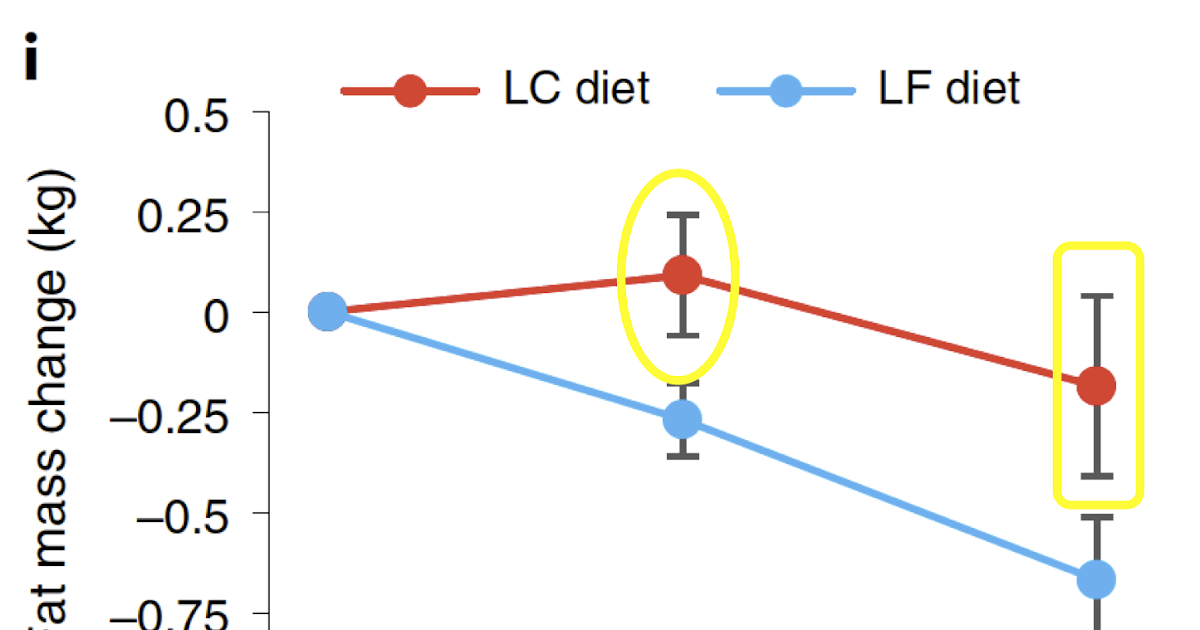 Okay, this is the image I missed on my first read through the results/methods of Hall's latest offering: I have to apologise for failing to ...

As always, partly (mostly?) incomprehensible, yet at the same time, makes complete sense.

I think it was in one of the threads that got closed for getting over political.

Thanks. I did not know about it getting closed.

By the way if anyone wants to read these, Part 3 is easier to understand and more succinct.

Interesting stuff - I was able to see the full text for a few minutes, but then something changed and I could only see the abstract.

I think it’s better than Hall’s prior stuff, which is not saying a whole lot. This study still had 10% of energy coming from carbohydrates for the “low carb” segment…

This is what Dr Mike Eades had to say about it: He read it as a pre-print and was pretty scathing.

Polly, that’s a good article by Eades, but it’s about a previous study. Fung wrote a similar one that’s pretty short here: 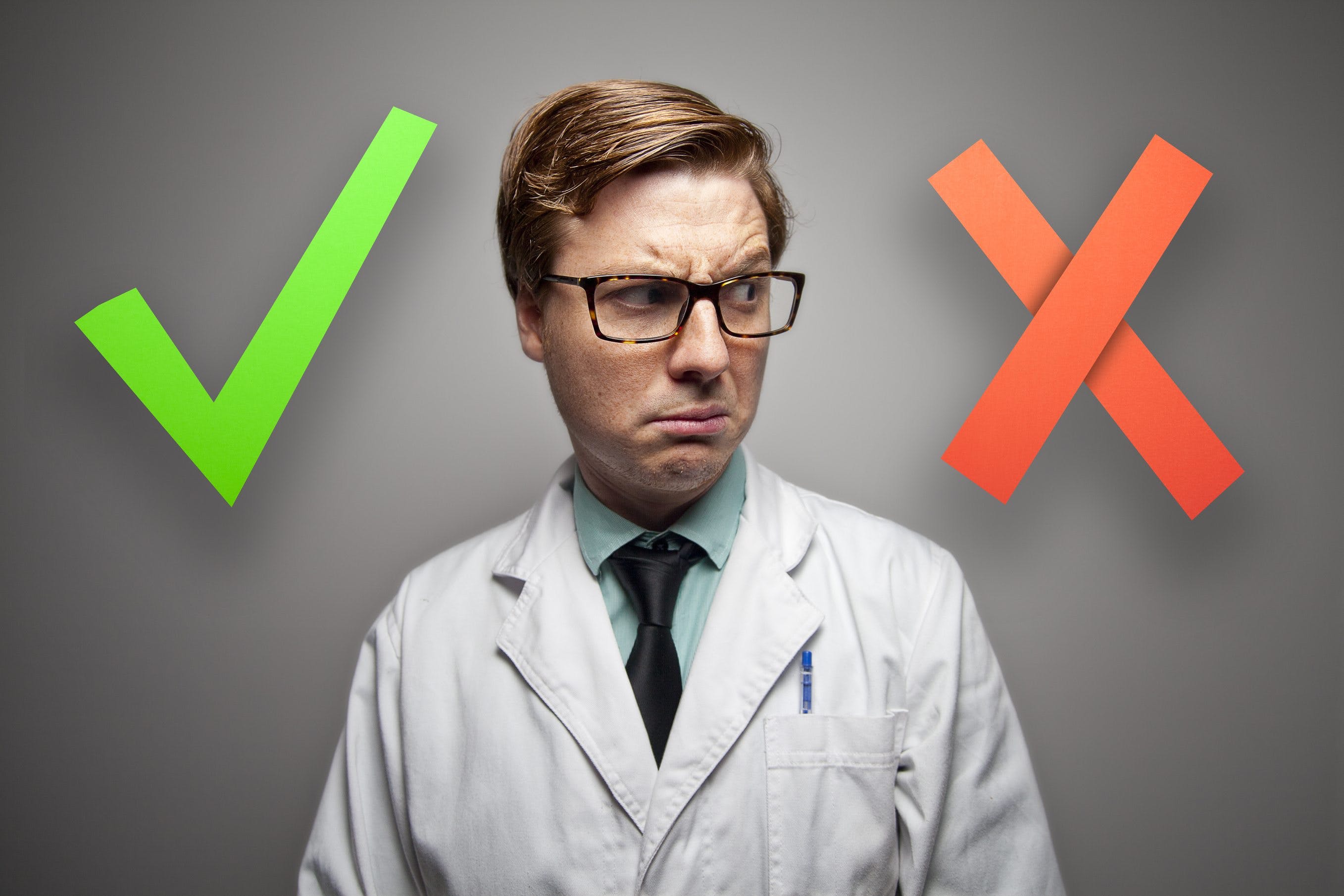 Confirmation bias is the phenomenon whereby facts that agree with your pre-formed opinion are accepted as true and those that are not are ignored.

It really does seem like Hall has an agenda that he’s trying to prove, and that he ends up just full of crap.

Bob, it’s irritating not to be able to see it for free. People do studies and write them up with the intent that people will read them, so why in the **** do they want me to pay $8.99 to see it.?

Looking at Hall’s body of work, there’s a very good argument that he’s merely taking aim at the carbohydrate-insulin model of obesity and trying to tear it down.

In practice, many people (including many of us on this forum) have found that eating very low carb does have us end up eating less. Hall takes 20 people, all about 30 years old and with a Body Mass Index close to 27.8, and tries to make pronouncements from that. Well, that’s not enough to say that “the carbohydrate-insulin model doesn’t work.”

His study subjects would tend toward average American women who weigh 73 kg/162 lbs, and men who weigh 75 kg/188 lbs. A little ‘chubby’ and about halfway in the ‘Overweight’ range between ‘Normal weight’ and ‘Obese’ as it’s usually reckoned with Body Mass Index. I don’t doubt there is some insulin resistance present, there, but at age 30 I’m guessing it’s quite limited.

I think that Hall would agree that “obesity,” per se, is a problem. So I would propose that to give the thesis a fair trial - “The carbohydrate-insulin model of obesity posits that high-carbohydrate diets lead to excess insulin secretion” - that we should look at people where insulin resistance/‘excess’ insulin is a demonstrable fact, not just fairly-normal-by-modern-standards people.

As with Hall’s other studies - “low carb” should be really low carb, not just lower than the ‘standard diet.’ In his 2016 study, the low carb diet averaged 31 grams of carbs per day. This time around, he more than doubled that - this time carbs were 10% of energy and the test subjects were free to eat as much as they wanted.

Same as with his 2016 study, I’d say to give things a fair look, then make the diet really low carb, 20 grams a day or less, and make the study period long enough for people to get fat-adapted. And again - the argument is not that the carb-insulin thing is already a problem for everybody. It’s that for some people - many people - it does make a huge difference. So to really ‘disprove’ it, let’s take some really obese, insulin-resistant people, and give them enough time on a truly low-carb diet. I think that at that point, Hall would be confronted by the truth.

Kevin Hall definitely has an agenda. However, science works by criticism not by consensus. When Hall criticizes the insulin/hormone hypothesis, its defenders have the opportunity to criticize Hall’s criticism. Hall’s arguments are so full of holes they look like Swiss cheese and pointing out the deficiencies in them and Hall’s own evident biases serve to strengthen the insulin/hormone hypothesis. So Hall actually serves a useful purpose. Unfortunately, it’s a slow process to change a scientific paradigm, even one that’s obviously wrong and harmful.

Maybe so, Michael. I hope so…

Doug, some comments on what you wrote:

In practice, many people (including many of us on this forum) have found that eating very low carb does have us end up eating less.

What Hall disagrees with is the notion that we are eating less because our hormones take away our appetite, so that we can be in fat-loss mode. He wants the eating less to be responsible for the weight loss, not the weight loss to be responsible for our eating less. As though teenagers grow because for some reason they start eating lots of extra food, not because they are in growth mode and their hormones are therefore making them hungry.

I don’t doubt there is some insulin resistance present, there, but at age 30 I’m guessing it’s quite limited.

Actually, the late Dr. Joseph Kraft might have disagreed with this. His belief was that diabetes begins 20 or 30 years before glucose levels start to get out of control, so these thirty-year-olds might well be diabetics who have not yet been diagnosed.

I think that Hall would agree that “obesity,” per se, is a problem.

Same as with his 2016 study, I’d say to give things a fair look, then make the diet really low carb, 20 grams a day or less, and make the study period long enough for people to get fat-adapted.

The problem is that he had a big fight with Taubes and Attia when they hired him to do a study for NuSi, and therefore he is not interested in doing the real research. He supports the standard model and opposes the CIM, because they think there is some merit in the CIM and wanted to test it.

I think that at that point, Hall would be confronted by the truth.

Here, I’ll simply repeat Sinclair’s famous line: “It is difficult to get a man to understand something, when his salary depends on his not understanding it.”

I don’t doubt there is some insulin resistance present, there, but at age 30 I’m guessing it’s quite limited.

Actually, the late Dr. Joseph Kraft might have disagreed with this. His belief was that diabetes begins 20 or 30 years before glucose levels start to get out of control, so these thirty-year-olds might well be diabetics who have not yet been diagnosed.

Paul, I agree with just about everything you said. It’s definitely a guess about Hall’s test subjects, but looking at it that way - that diabetes begins well before it shows as high glucose - then I could certainly believe it. I’ve seen kids under 10 years old where I thought, “Wow, insulin-resistant already…” Most of the U.S. population is insulin-resisant, I’d say.

Wasn’t I just ranting about Hall the other day? Him and his buddy Guyenet are both despicable.

@OldDoug and @amwassil I would like to see a well-run study, cross-over (same people, who do both diets serially), but longer. And, to Peter’s point, with less PUFA (and, of course, keto) in the “low carb” arm. Kevin Hall’s studies are close, but it seems to me he purposely sets them up so the low carb arm “fails”. And he keeps getting hammered by his detractors, yet never listens.

Granted, the protons theory from Hyperlipid (saturated fat causes fat cells to be insulin resistant, and PUFAs cause them to be insulin sensitive) is not mainstream. But I think if Hall is the supreme researcher he’s supposed to be, he could make a study to prove or disprove this hypothesis and he should know about this hypothesis. But he doesn’t or at least acts like he doesn’t.

And I have tested “The Croissant Diet” with mixed results. TCD is supposed to help determine whether the protons theory is correct. I could get some satiation eating a TON of saturated fat, but if I ate less than that, not enough. And butter + carbs to me just seems not to do a lot. (The TCD uses stearic acid added to ghee to up the saturated fat, but I never did that for the croissants, as I had never made them before. I made normal croissants and they didn’t blunt my appetite at all. I did use stearic acid +ghee on potatoes, sweet potatoes, even spaghetti squash. I also made a mixture with that and cacoa butter, and ate it.) But this is a factor, which Hall never considers.

Bob, yes - I say leave out the PUFAs, and make the study long enough. That’s a tall order, because to the extent that ‘fat adaptation’ must take place, I’m thinking 2 months for both low-carb and the other diet, and ideally longer than that.

Yet it’s still such an individual thing. Two people, with similar builds, body fat, etc., but one is very insulin-resistant, while the other is not. I’m thinking the insulin-resistant one will benefit more from the low-carb diet and experience a ‘metabolic advantage,’ there, versus the higher-carb diet, likely to a much higher extent than the other person.

I would not say the “carbohydrate-insulin hypothesis” is proven or disproven by any one person’s experience nor any one small group. Whether or not high insulin is a problem is going to affect things a lot, so IMO the initial conditions have to be taken into account.

I wonder if Hall would say that carbs “really don’t matter” for anybody. He’s affiliated with “National” this… and “National” that… and I imagine there are pressures both overt and subtle against condemning carbs in any way. It also does seem like he’s staked out a position against keto advocates, and that his efforts are skewed toward that, rather than just discovery of scientific truths.

I think you’re correct that it takes a while to transition to low carb, especially if you’re exercising.

I personally think the carb-insulin hypothesis makes sense. But until we have insulin meters (even pin-prick ones), there’s really not going to be any real data. Once we have those meters, I think things will change, similar to the change beginning to be brought about by continuous glucose monitors. Anyone who wears a CGM can determine in real-time what the effect of carbs/fats/protein is. Insulin meters could provide the same.

Since the current insulin test is a radioassay, don’t hold your breath for a home meter anytime soon. Though I do have a friend who is supposedly working on one.

I’ve seen hints of home insulin meters, but nothing concrete as of yet.

On the other hand, supposedly both Apple and Samsung will have watches this year that incorporate CGMs.

But I’d LOVE to be able to test insulin, even pin prick. For instance, I often eat late because I’m picking up the kids from somewhere (karate, dance), and then eating after that. Does eating late really mean that much difference in morning insulin? If so, how much? Is there something I could do (say, what to eat, like more fat?) that would affect this? Or do I simply have to figure out how to eat earlier? And what real effect would eating earlier have?