Keto pets ~ anyone have one?

My bichon mix is around 12 years old and doing great on “keto.” Last year she had a bout with Lymes disease and was a little anemic. She has never been a dog food eater, and turns down most foods except meat. She mostly ate frozen meatballs (not homemade) and chicken or other meat table scraps. She still gets the meatballs and meat table scraps, but now she usually gets a helping of raw hamburger every day as well. Loves that! She has been doing great, full of energy and blitzing around the house, and shows no signs of being an older dog.

I am so sorry that you find my response to a person who thinks they know the ‘truth’ as passive-aggressive’. I would remind you that if people like those in this forum were not to question what they believe the truth to be, we would all be eating healthy whole grains, low fat etc… So while I question the comments that dogs can’t be in keto without the degree of manipulation Amber has reported, I think it besides the point.

I would add that your comment about Ancel Keys being a relative is not well taken. I have no agenda here other than to discuss a keto style diet for pets.

@Chance
Could I ask what dry food you feed your dog? I am looking for a keto style food for my dog but can’t afford buying extra meat just for him. He has constant allergies- scratching at his ears, scratching his skin, licking his fur. Have tried several different allergy meds. None help so I’m hoping a food switch will help him. 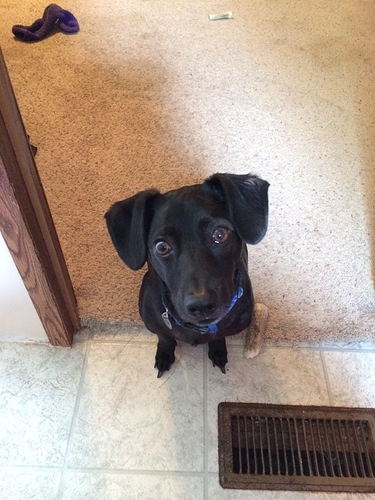 My girl is grain free… plus she gets a dose of coconut oil eat day.

She was hit by a car before we adopted her, so she will likely need surgery in the future. Hoping keeping her on this grain free diet will keep her inflammation at bay. 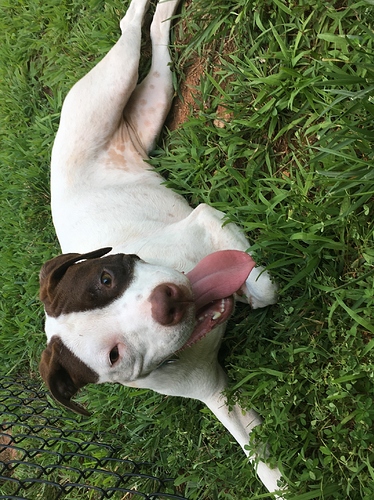 She is adorable! Grain free is a very good step in my humble opinion. The only animals that should eat grain should have more than one stomach! 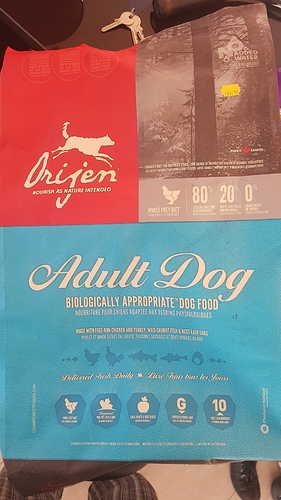 This is the food we get. The amounts Charlie needs per day are lower than his previous food so it goes further, but it is a lot more expensive than standard dog food. He loves it though and his mood is better for it.

Personally I feel that BARF (Bones and raw food) diets are likely to be as good for dogs as ketogenic diets are for humans.

As @amber mentioned humans are uniquely able to get into ketosis because we have big brains that need to run on ketones when we don’t eat sugar or starch. That is likely why we crave sweet things and starchy things … and dogs don’t. 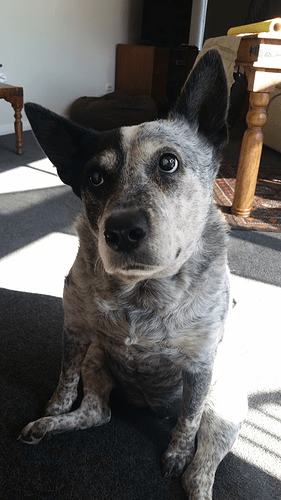 When Bloob was first diagnosed with diabetes I had to test her glucose every hour over a day to generate a glucose curve so we could determine how much insulin she needed. She was producing over 30 mmol/l of glucose (> 500 mg/dl) at her worst … I say greater than because my meter taps out there. I tested her for ketones and she wasn’t making any. A human type 1 diabetic with 30 mmol/l of glucose would be pumping out ketones (and becoming ketoacidotic).

We fed Bloob raw kangaroo meat fortified with beef fat for the last 2 years of her life and it reduced the degree of her glucose swings, and made it easier for us to titrate down her insulin dose.

It’s not a ketogenic diet. because only really sick or starving dogs make ketones. It IS however a gluconeogenic diet where the animal makes all the glucose they need from protein and fat. Just like our ketogenic diet. So I believe a raw meat diet is likely healthful for dogs as a ketogenic diet for diabetic humans for the same primary reason - it requires them to regulate their glucose by making it on demand rather than though insulin responding to overwhelming glucose from the diet.

BTW: Blackdog got to eat whatever he would over the last few months because at that point making sure he didn’t waste away was our primary goal. But prior to that he had the same raw kangaroo meat diet.

That’s what we get for Boris too…

I was sorry to hear of the loss of your beloved dog (Blackdog) Richard. I know all too well the pain of this having lost my 16.5 yr. a few years ago. It really sucks.

On the question of canine ketosis, I have done some reading and there is a suggestion that dogs are less likely to show blood ketones but more likely to have them in their muscles. This is an issue that I believe there is more to learn. We all can agree that modern dog food is as crappy for dogs as SAD is for people!

We all agree that SAD is a terrible choice for everyone - people or dogs. I would argue too that we and dogs should primarily eat animals for best health. We use ketones differently, of sure, and dogs might need special help during cancer to get them promoting the ketones we want them to enjoy. But nobody here would argue against your diet strategy, I hope!

I would love to. I have to go back and see what I found. Of course I didn’t bookmark the info so please bare with me.

Jet.com has a really good 25% off coupon right now for pet food: https://jet.com/promotions

Good way to get an expensive brand for less.

I get Taste of the Wild grain free for my dogs: https://jet.com/search?term=taste%20of%20the%20wild%20grain%20free

It’s not perfect, but the ingredients are a lot better than many other brands. Even those that claim to be all fancy! (I’m looking at you Blue Buffalo!)

Thanks! I’ll be checking that out for my Riley!

I’ve got a Riley too!!
He’s 12 now and been fed raw all his life. Still acts like a puppy! 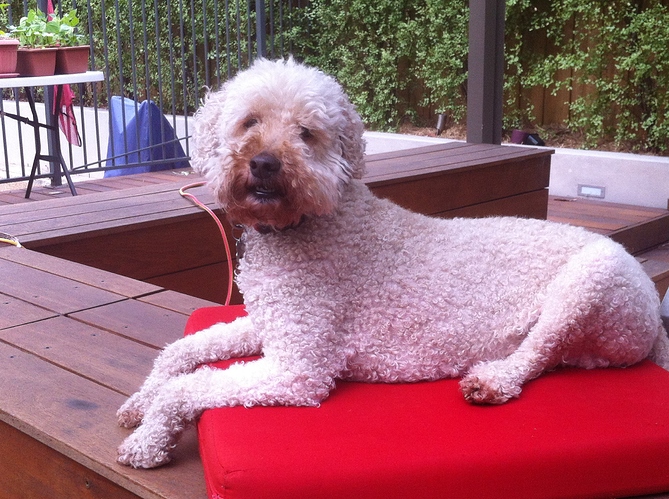 And looks like a puppy too! How are his teeth?

After watching Pet Fooled on Netflix, I will never feed any pet kibble again. I switched my dog from Orijen to The Honest Kitchen, and now going raw. Starting with Primal pet, and will start it on my own after that (mypetcarnivore.com).

I fully believe kibble is causing cancer in dogs. My dog LOVES Primal pet. No matter what I put in his bowl (I add in broccoli, sardines, eggs, pumpkin sometimes too) he always goes for the raw food first. His ummm… “output” is waaaay less too than with Honest Kitchen or his Orijen kibble.