Thanks Ellen! My aunt took the top two and I gave the bottom one to the Indian couple at a local store because I went in every morning for two years and loved those two. The husband said he used it to say his morning prayers to Shiva. I thought that was pretty darn cool! 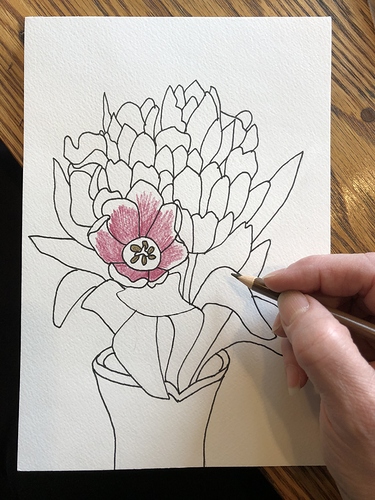 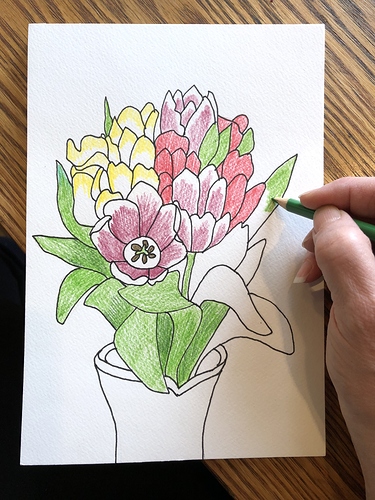 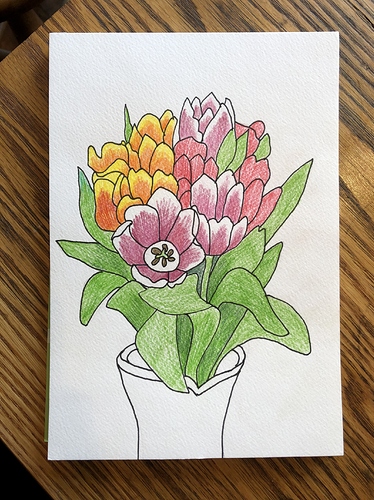 Made my own coloring page lol

Well if I’m going to be a thread killer, lol, here’s another 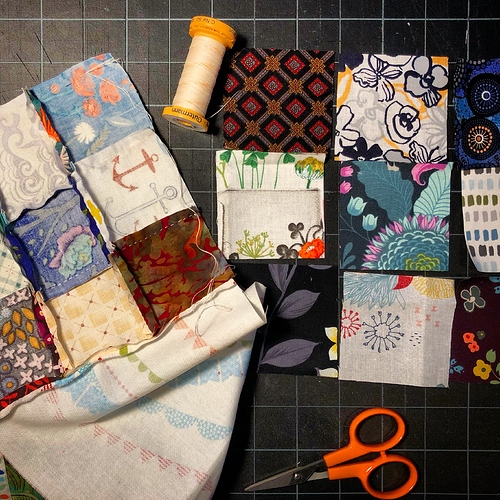 The Wife - @DoggieMom asked me to post these for her, since she was having some issues with her computer for some reason. It’s acting up, and probably due to the storms we are having come through. This is a Carousel Afghan, and the Pattern design is by Sue Pinner. This is the second one she’s done. The first one was in White, Black & Grey and she decided to keep it.

… This one was for her Niece’s Wedding gift. So will be giving it to her as soon as she can meet up with her. I was outside working in the yard this weekend, so she brought out her tables and had me help her pin it down after washing it (Known as blocking) and the blocking boards are around 6’ in length in both directions when we put them together, so it’s pretty good size Afghan. In image 2, I was holding the tables up some for a better view, and you can see my head some over the top edge for comparison. …(No, my head is not small!)

… She also made a third one, leaving off the outer larger sections, to keep it small for a kid, & will post that as soon as she finds a pic. It’s done in a solid cream color, and came out quite nice. 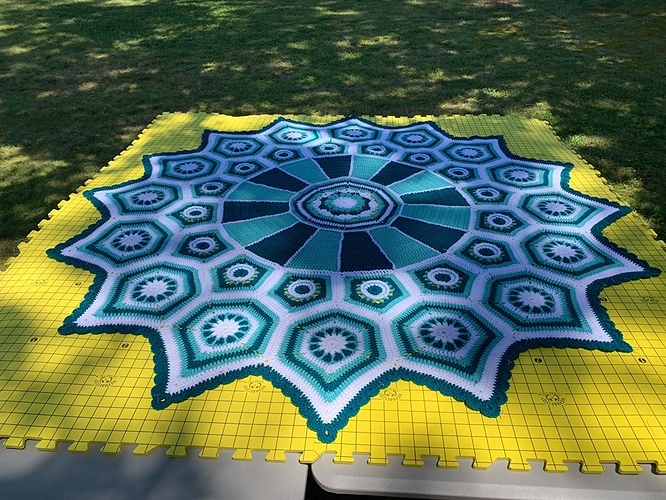 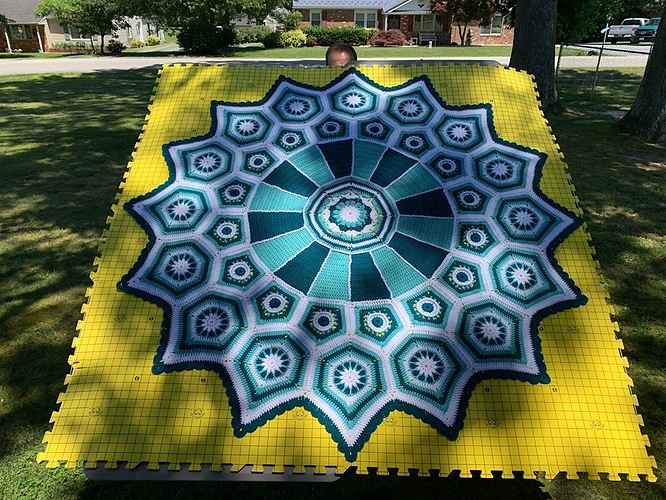 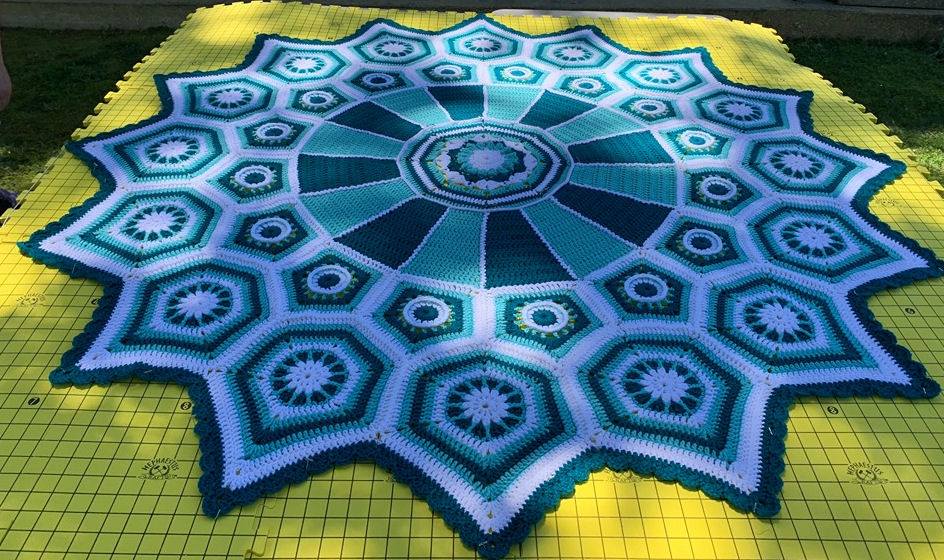 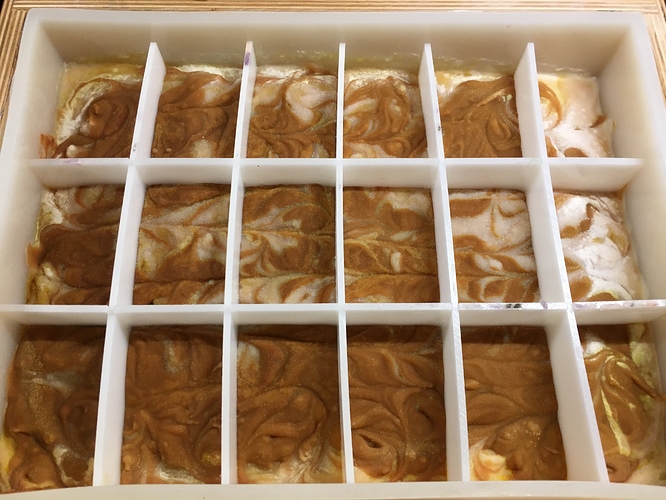 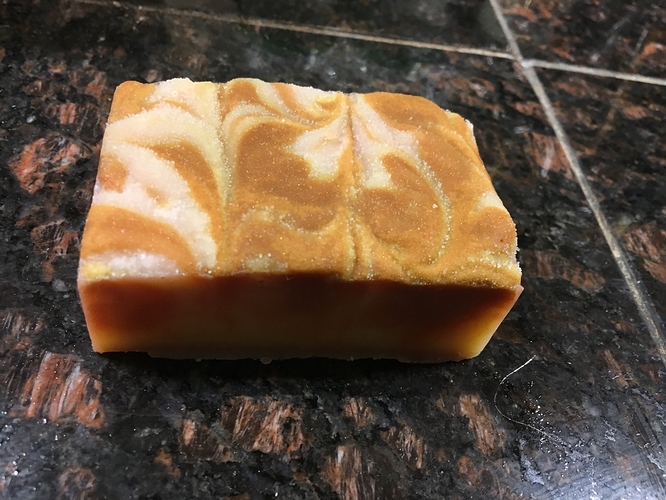 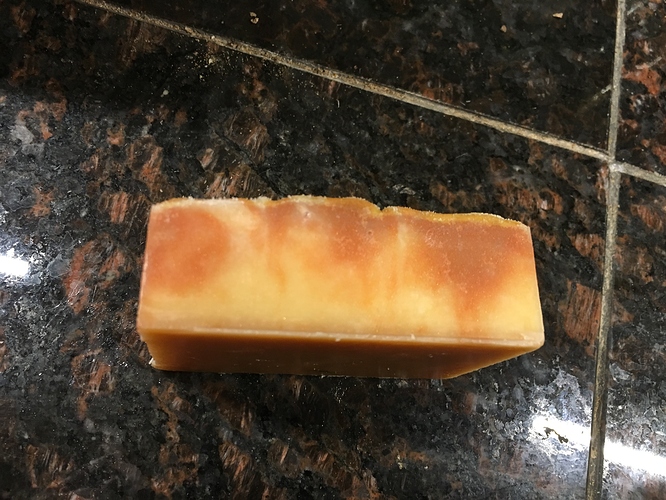 More goat milk soap. Brought my oils, lye and supplies to Ft Worth and my housemate and I made soap this afternoon. She picked the colors, scent and did the swirls. 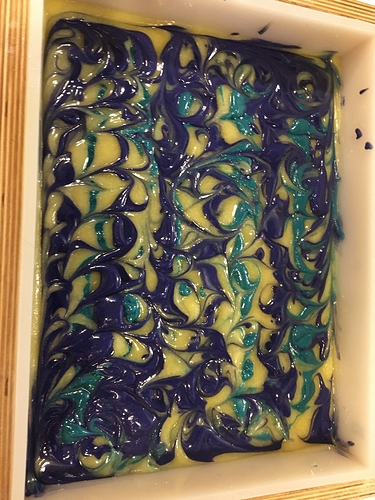 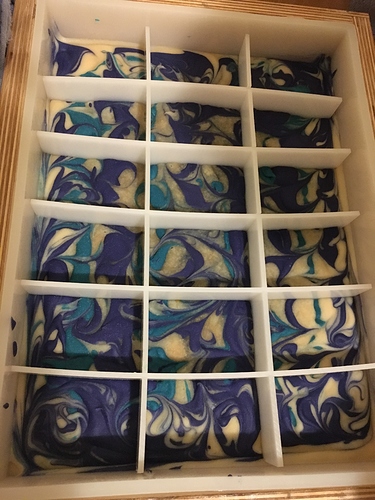 That is really cool, looks so neat.

Needs to cure but turned out nice! Front, back and side views. 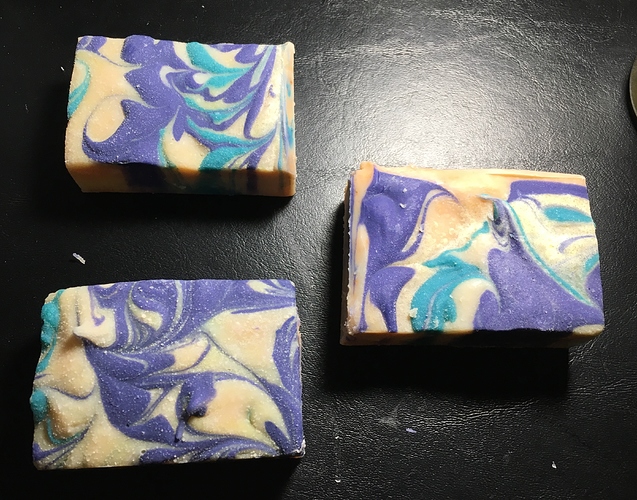 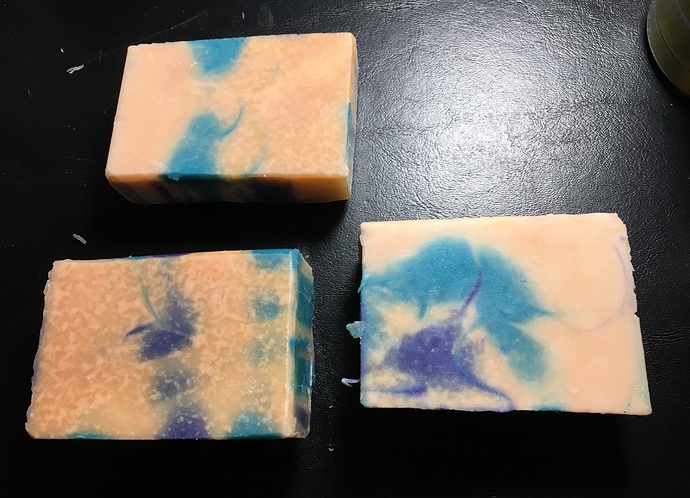 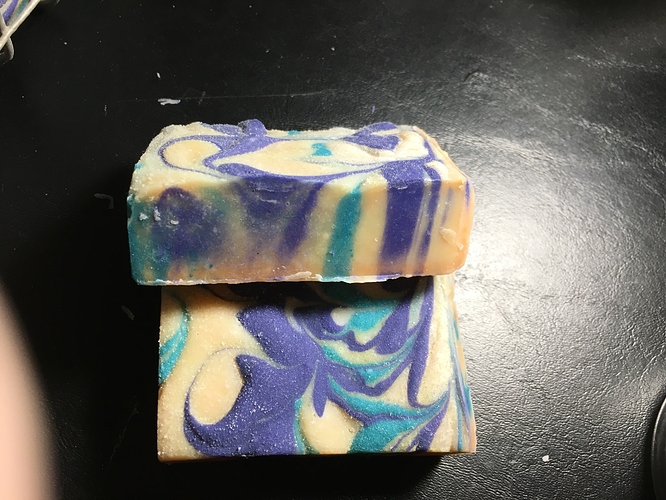 Wowwww! I love goat milk soap, so creamy and good.

That is so pretty, Janie =) and I am sure really healthy and nice to use as well =-).

Totally enjoy this thread. You guys are seriously talented! 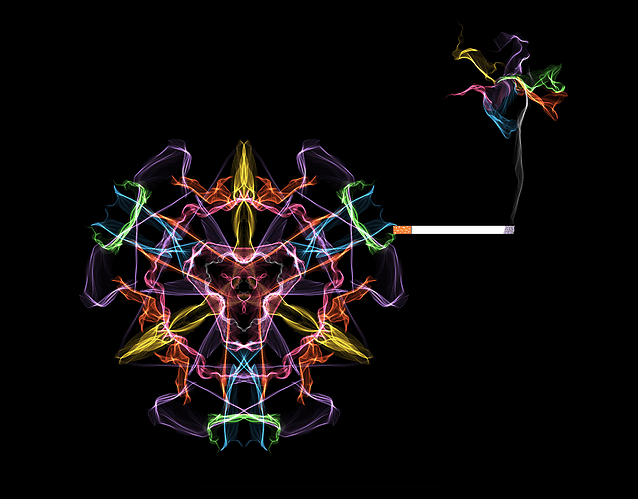 This is an old thread but has lots of creative posts that some may enjoy.

This is my latest cross-stitch project I finally got around to framing today. 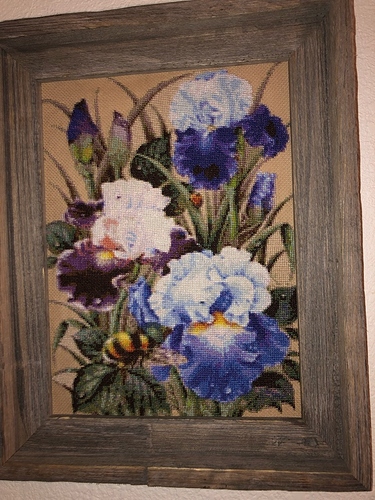 Janie, please tell me about any talent you do not possess. I am starting to get a girl crush on you!

I didn’t know there is such a thread, I will bring some painted rocks soon

And one day maybe some drawings as well. My avatar is my own imaginary worm, Dingle (he got his name after I watched a Preacher episode, it was good timing) but his daughter is cuter. Maybe I show you her… But I never ever put those drawings anywhere yet, only 3 people saw her, me included.

I can make stuff as long as I have a pattern/instructions/recipe…… but I don’t have a creative bone in my body. But I can replicate what others create!

Yes, please do - would love to see them!