Thank you for sharing, I have this on my watch later list.

I have switched to Carnivore recently from keto and I have felt such an improvement. Although Keto helped reverse my prediabetes, which I am very grateful for, I think beyond that focusing too much on the fat was starting to make me sick. I didn’t have energy and was just feeling weak. Since switching to Carnivore and getting more meat, I felt instantly better. Just recently I’ve discovered Dr Bikman and learned that gluconeogensis is a necessity to help give energy to cells that don’t have mitochondria such as the red blood cells.

I wonder if it was the Inuit getting adequate meat in their diet that was helping them live off of gluconeogensis and keep ketosis in check. A few months ago I would have believed it was the fat, but through my own experience I am starting to question that.

Since switching to Carnivore and getting more meat, I felt instantly better.

Dr. Berry found this to be true also but I really worry about jumping to conclusions about carnivore long-term?

I wonder if it was the Inuit getting adequate meat in their diet that was helping them live off of gluconeogensis and keep ketosis in check. A few months ago I would have believed it was the fat, but through my own experience I am starting to question that.

Everyone likes to look at the raw nutrient dense fat and meat being consumed by the Inuit and the gluconeogenesis etc. that is where all the focus seems to be? I think the Inuit are overconsuming the fat and meat which hampers their possible longevity?

What people do not look at are the micronutrients being consumed in a traditional Inuit diet (why they don’t get cancer; that includes a collagen rich diet high in nutrient dense raw organ meats) which are in even proportions to ratios if it where not for the overconsumption of the raw fat and protein activating that Arctic-variant gene, I would call it Arctic-Diabetes (that’s what it really is)…lol

There have been quite a few incidents of people dying of colon type cancers in too close of an approximation of years among cooked muscle meat only dieters that are not coincidental.

Show me the science?

Show me the science?

Why not avocado? Zero Carb / Carnivore

Hmmm Interesting? But nothing conclusive, the last paragraph of that blogger has me a wee bit concerned though, because that’s the part we never get to see when the study is over with? Gastrointestinal Cancers in Optimal Dieters: “…I learned over on Peter’s blog that Optimal Dieters have been dying of gastrointestinal cancers at a disturbing rate. Recently Adam Jany, president of the OSBO (the Polish Optimal Dieters’ association), died of stomach cancer at 64 after 17 years on the Optimal Diet…

I understand your concerns, and I believe they are valid. The sad reality is that although we are lucky to live in age of advanced science, it seems more often than finding answers we just end up with more questions.

I had my own concerns about going on Keto, I was worried about the increase fat being bad for my heart, about not getting enough fiber to stay regular, and not giving my body the Carbs it needed to make energy. I was prediabetic and desperate so I took the plunge and thankfully it all worked out.

I also had concerns about going Carnivore, again worried about too much protein could get me out of ketosis, I would not be to meet my electrolyte needs, and I would get no fiber at all. But I was weak, my body wasn’t holding unto ketones like it was before,so again I took the plunge. I’m only 3 months in but I am pleasantly surprised by the results, but its an experience that has led me to ask more questions which sadly some answers are just not available yet.

" I ate a high-vegetable but extremely low-carb diet from December 2005 to January 2008. At the time I thought I was getting about 300 carb calories a day, but I now consider this to have been a zero-carb diet, since I don’t believe carb calories are available from most vegetables"
Looks like he’s a bit confused… (maybe he follows Dr Berg).

When he says “I learned over on Peter’s blog that Optimal Dieters have been dying of gastrointestinal cancers at a disturbing rate. Recently Adam Jany, president of the OSBO (the Polish Optimal Dieters’ association), died of stomach cancer at 64 after 17 years on the Optimal Diet. Earlier Karol Braniek, another leader of the OSBO, died at 68 from duodenal cancer.”

He is basing that statement on precisely 2 cases by the looks of it… out of the possible 2 million people following this “Optimal Diet” way of eating?

He is basing that statement on precisely 2 cases by the looks of it… out of the possible 2 million people following this “Optimal Diet” way of eating?

I eat more meat and saturated fat than I do anything else but I also pay attention to micronutrients, and if I cannot constructively criticize myself then I have no business eating a certain way if I am not absorbing all the possible variables, causations and correlations. I refuse let somebody else say “I told you so” without fully understanding the risk if any?

What I like to do in reference to the recommendations below is add a little type 2 resistant starch (creates short chained fatty acids in large intestines) from raw sweet potato sticks I keep in the fridge in a glass of water to chew on periodically and some occasional wild rice (only) with my meats even though I’m anti-grain and fiber!

Some things also to consider:

Some micronutrients are required for mucin production – notably vitamin D. [7, 8] Poland is fairly far north, and many of the Optimal Dieters could have been low in vitamin D.

Other important micronutrients for cancer prevention are iodine and selenium. Poland in particular had the lowest iodine intake and among the highest stomach cancer death rates in Europe. After Poland in 1996 began a program of mandatory iodine prophylaxis, stomach cancer rates fell:

So among the Polish Optimal Dieters, the elevated gastrointestinal cancer risk caused by mucin deficiency may have been aggravated by iodine and sunlight deficiencies.

A healthy diet should be robust to faults. The Optimal Diet is not robust to glucose deficiency.

There’s good reason to suspect that at least some of the Optimal Dieters developed mucin deficiencies as a result of the body’s effort to conserve glucose and protein. This would have substantially elevated risk of gastrointestinal cancers. Thus, it’s not a great surprise that many Optimal Dieters have been coming down with GI cancers after 15-20 years on the diet.

We recommend a carb plus protein intake of at least 600 calories per day to avoid possible glucose deficiency. It’s plausible that a zero-carb diet that included at least 600 calories per day protein for gluconeogenesis would not elevate gastrointestinal cancer risks as much as the Optimal Diet. But why be the guinea pig who tests this idea? Your body needs some glucose, and it’s surely less stressful on the body to supply some glucose, rather than forcing the body to manufacture glucose from protein.

Fasting and low-carb ketogenic diets are therapeutic for various conditions. But anyone on a fast or ketogenic diet should carefully monitor eyes and mouth for signs of decreased SALIVA or TEAR production. If there is a sign of dry eyes or dry mouth, the fast should be interrupted to eat some glucose/starch. Rice is a good source. Since hepatic glycogen stores are depleted within 24 h of fasting, blood glucose concentrations are maintained thereafter entirely through gluconeogenesis. Gluconeogenesis is mainly dependent on protein breakdown (a small amount comes from the glycerol released during lipolysis) and it thus results in protein wasting. It is the effects of protein malnutrition that lead to the eventual lack of ability to cough properly and keep the airways clear, in turn leading to pneumonia and death during prolonged starvation; hypoglycaemia does not occur. [1] The concern is not only cancer in 15 years; a healthy mucosal barrier is also essential to protect the gut and airways against pathogens. …More 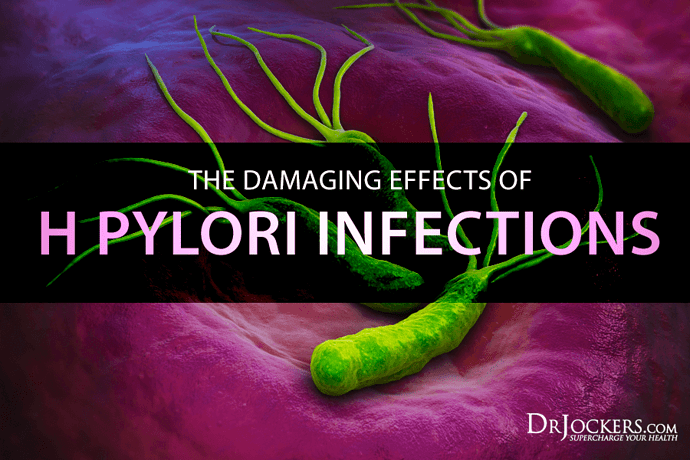 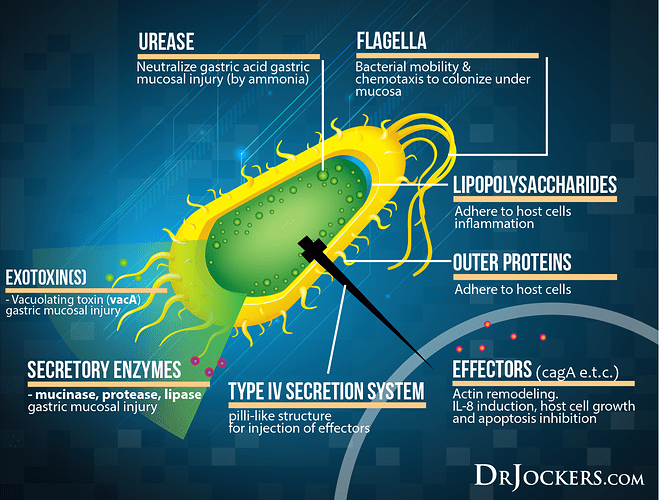 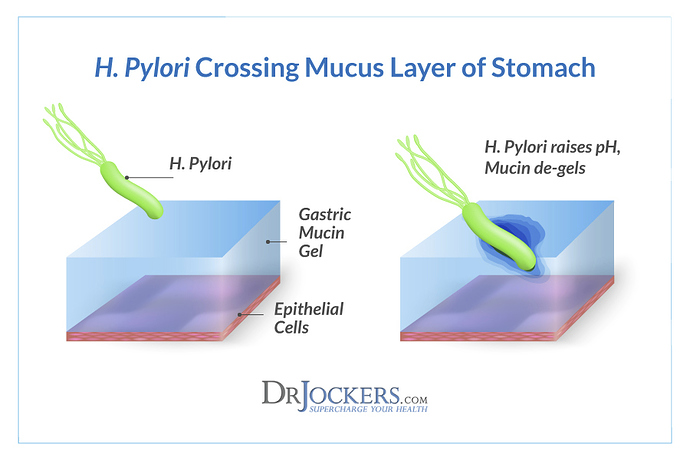 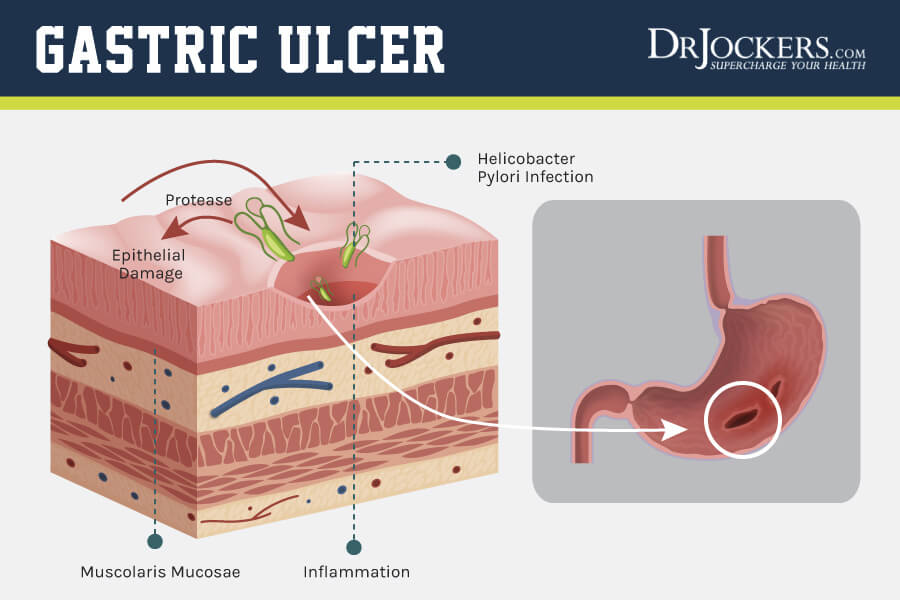 I think they made an error by stating that (“glucose”) in that context; I interpret that personally to mean resistant starch to keep the mucin lining in check!