I don’t know for certain but other LMHRs could either be taking a (high dose) niacin supplement and/or producing their own very high amounts without knowing it. I’m leaning towards the latter. 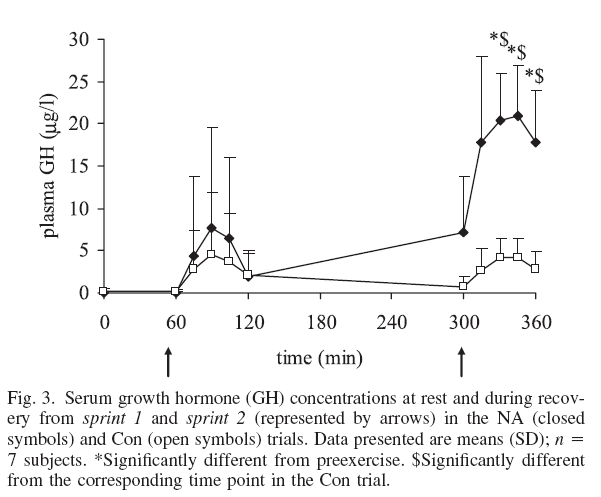 Niacin turbocharges the growth hormone response to anaerobic exercise: A...

Niacin is also known as vitamin B3, or nicotinic acid. It is an essential vitamin whose deficiency leads to pellagra. In large doses of 1 to... 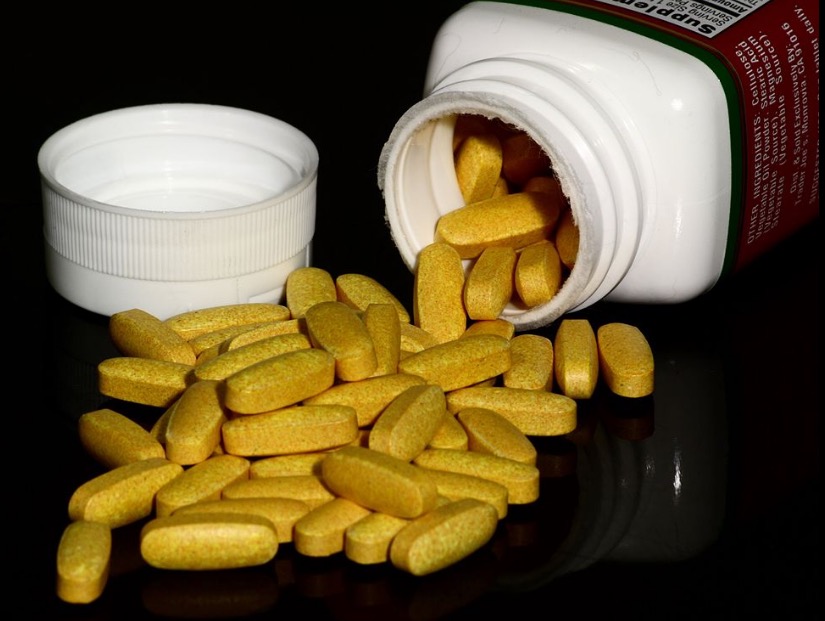 The Many Names And Faces Of Vitamin B3

Vitamin B3 is in the news because of findings that it may prevent birth defects. But B3 (aka niacin) has a number of different names and also is similar in spelling and pronunciation to other molecules. We try to clarify things.

I’m not in a position to say anymore because the discovery you’re seeking requires a very long complex article to be written.

I’m not in a position to say anymore because the discovery you’re seeking requires a very long complex article to be written.

Quite enigmatic - can we entice you to say more (in the name of science)?

No doubt there’s a good answer out there.

When you listen to the pro-keto lipid experts they say looking at all the LDL, HDL ect. information; that it “… does not matter…” “…it’s useless information…”

I guess this might only apply if you are strictly high fat keto?

Dr. Sinatra says “…sugar is the problem…” i.e. eating too much of it! …not dietary fat?

Dave uses boats as an analogy, some use dump trucks but if you think about dump trucks on a freeway going 200 miles an hour and your taking some ones blood and putting into vial then yeah everything will appear to look bad?

Lipid turnover rates are going to be switching so fast, it will look good one minute and bad the next?

When I listen to Dr. Sinatra talk about sugar, I imagine shards of glass hitting my arterial walls and veins and my body thinking it’s Vitamin C? (thus the ripping and tearing resulting ultimately in CVD and CHD?)

It also may be attributed to the types of fat eaten for your type of genetic background (nutrigenomic genotype) where one person will have an inflammatory response to a type of dietary fat and another will not?

So a person who is forcing the saturated fat issue with their body rather eating more monounsaturated fats or polyunsaturated fats will be the quote “hyper responder?” If that is in-fact the case you would have to balance them out in ratios or SMP ratios? Then everything will look normal? (that’s something Dr. Peter Attia is on the edge of his seat about between him and his keto patients?)

Dr. Sinatra is big on inflammation being the main cause of CVD and CHD and its risks?

And as for calcium CAC scans most people score 0 and most docs only test for that if there is a intra-familial history?

@atomicspacebunny Thanks for your thoughtful reply. (You do ask a lot of questions

I guess this might only apply if you are strictly high fat keto?

This is perhaps the central question, right? It comes down to context. If you’ve got both: (saturated) fat and carbs competing for your metabolism’s attention at the same time, the outcome will not likely be pretty. One might get a vastly different outcome if there were little if any carbs in the mix (i.e., a ketogenic foodstyle, as is well known throughout this forum).

It also may be attributed to the types of fat eaten for your type of genetic background (nutrigenomic genotype) where one person will have an inflammatory response to a type of dietary fat and another will not?

Yeah, it would seem there’s some distinction between the LMHRs and the non-LMHRs groups … and genetics may well be a key component.

After all, since both groups appear to be eating largely the same keto-oriented diet, and one group sees a slight lowering or perhaps stable serum LDL, while the other sees this remarkable spike in LDL-P and/or LDL-C (concordant vs discordant possibilities), it’s probably not the diet - it’s the human genetic predisposition (?)

I’m not sure why you mention inflammation though. Personally, as an LMHR I see no indications of inflammation whatsoever - especially as compared to the achy/stiff muscle/joint discomfort I suffered from previously while dutifully eating low fat and “healthy” complex carbs.

But, being one of those LMHRs with concordance (both my LDL-C and LDL-P have “spiked nicely”), I’m left scratching my head. Yet, all the while I feel better than I have in decades. And all my other lipid markers, blood pressure, serum glucose/ketones, weight, girth, musculature, etc., all improved.

As for saturated fats (vs PUFA and MUFA), being a data geek, my detailed daily logs indicate that my intake has represented roughly 25-35g/day on average … i.e., roughly 25% of my total daily fat intake. So, as long as I’m continuing to eat those healthy animal-derived fats, there’s not much I can do to lower the % of saturated fat.

Then again, these same experts also embrace the conclusion that concerns about natural, whole-sourced saturated fats were never science-based in the first place - when evaluated in the absence of carbs getting in the way … which I believe was your original point? 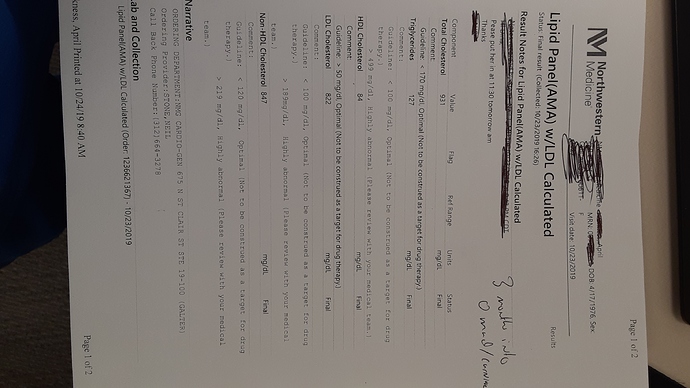 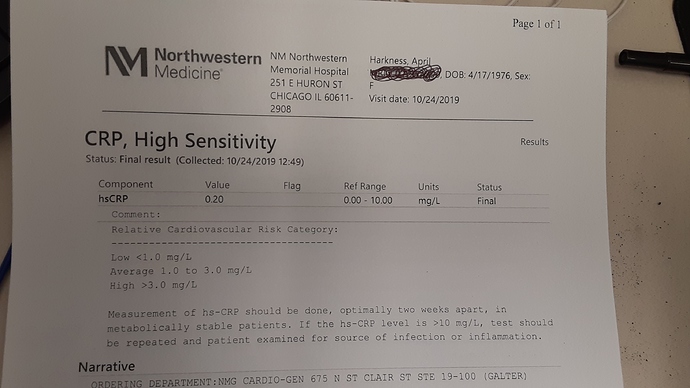 I would post my zero CAC score but I dont have it downloaded to my phone. Also b4 anyone remarks on my triglycerides despite me being zerocarb…Dave Feldman and Siobhan suspect my tris were high bc the last two meals I had were lower cal than what I usually eat ( I had liver two days straight b4 these labs and they were barely over 1400,( bc liver is so nutrient dense I usually cannot eat much on liver days. Typically I eat 1650 to 1850 on non liver days. I will be repeating these labs on a non liver day!)

As a person with a genetic muscle wasting disease that has as a symptom elevated LDL cholesterol (I’m guessing a protective response) I’ve been looking into the issue of cholesterol and muscle a fair amount. I find it curious that every medication that lowers cholesterol has muscle damaging side effects and statins are a risk factor for ALS and probably other neuro-muscular diseases. Myself, I’ve been having good results (gaining some muscle at 55 when I should be rapidly wasting) having gone keto and increasing meat/saturated fat with climbing LDL and borderline LMHR.

There’s much talk here and elsewhere about how LDL-P and/or LDL-C can spike during weight loss and then settle back down a bit. But April, it doesn’t appear that you’ve got body fat yet to lose, and this makes me wonder how long it’s been since your body weight has stabilized?

As the hyper’est of all hyper-responders, it would seem that the “weight-loss-related” spike in LDL that many talk about is not what’s happening in your case, no?

I agree. My weight has stabilized. I’m staying steady at 105 for the past month. prior I was about 108. Although in June I was 16% bf, Aug I was 14%, just tested a few weeks ago and it said I was 13.7% at end of Oct. so not a huge drop. I really like what @brownfat stated in his response above about hypertrophy.

I used to be the high LDL champ, 766, taken last April. Prior to that, in the days I was sedentary and SAD, my LDL was typically elevated, not alarming. What happened in between is I went from SAD to 30-40 net carbs from real food only. In addition I got serious about fitness to the point where exercise, mostly lower intensity, burns 30-40% of daily calories. I have no doubt the high LDL arises from the improved diet and exercise, which are unambigously healthy changes (also reduced body fat, blood pressure, blood sugar to ideal ranges). I’m not going back to carby junk food and living in front of a TV. In the mean time I feel fine and love the new look.

I’m going to have a go at scaffolding this.

LDL is low density lipoprotein. LDL is not cholesterol even though they get conflated in discussion because they are closely bound in physiology and biochemistry.

LDL is the transporter for cholesterol and triglycerides from the liver to and from the body.

When the base metabolism changes in a lean person by eating more fat in the diet more transporters are needed and created to move the cholesterol and triglycerides to body tissues and areas that need the cholesterol for cellular and tissue repair. A low blood glucose environment shifts the priority fuels to fats and fat metabolite ketones.

Chris Kresser alluded to the idea that lean mass hyper responders might actually also be hyperabsorbers of dietary cholesterol, outside of the norm. But he didn’t elucidate. I think he and David Feldman may be a lot closer to an answer than what you’ll find here. I’d probably throw in some Dr. Malcolm Kendrick for good measure and run it through some Peter Attia for some tempering.

People with ample body fat are in a different metabolic state. The signals from body fat would be different. The call rate for more taxis, boats, or submarines is less.

In all this there are also some free fatty acids loose in the circulation that get used by muscles and in particular the heart as immediate available fuel source.

The other reason for LDL to hang around waiting for an available LDL receptor in the liver is their immune function. Could there also be an increased burden of gut origin lipopolysaccarides entering the circulation with the dietary fat shift initiating a form of LDL immune mediation. That is the LDL body defence system is more mobilised in the response to enhanced uptake of gut bacterial components recognised as foreign.

Thank you @FrankoBear for your well articulated addition to the LMHR puzzle. What you’ve shared certainly makes good sense to me.

Like you, I lean more toward the Feldman/Cummins axis view of what’s behind this fascinating phenomenon - rather than toward the Attia/Dayspring side of the fence.

Then again, as an LMHR myself, hope and aspiration feels a lot better while wading through a sea of confusion.

Ok, I think I’ve mixed enough metaphors for one post.