I included the air fryer tidbit just for you.

I just ordered the grinder and sausage stuffing attachment for my KitchenAid along with sausage casings from Amazon due in tomorrow so I see some sausage-making this weekend.

I always liked this recipe: 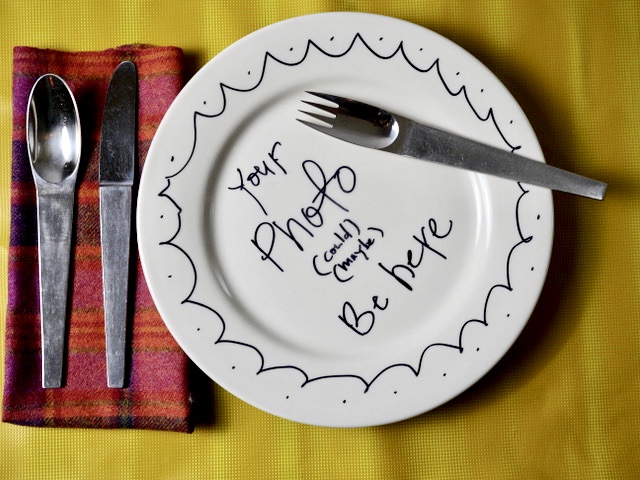 A meat grinder a few spices are all you need to make Alton Brown's homemade breakfast sausage recipe. Best served with eggs and toast.

Though you don’t need to stuff anything. And it does have sugar, which you could reduce, eliminate, or substitute. I’ve just added the amount called for (adds 11 grams carb spread over 2 1/2 pounds of sausage). <1 gram per sausage.

Its not easy to change a lifetime of poor diet. Keep your goal in sight. Digestive issues? I used to have these too. I had Tums tablets everywhere…in the house, in the car, at the office. Since Keto, I haven’t needed them in a year. Eat some bacon instead of chocolate. KCKO.

Though you don’t need to stuff anything.

I stuffed my first sausage into a piece of intestine (I had no proper tools but there are ways) but since then I realized that I totally can skip that.

I checked out the recipe and compared it with the method people use in my country… We never add sugar. Adding plain sugar to meat is insane to me, I don’t know why some folks love it, fortunately it’s not a thing here (of course, lots of processed meat has a tiny bit but that’s food industry for you, putting various things into the food, even needlessly).
We obviously use a ton of paprika (I saw recipes with pepper, so the raw version of it), maybe some pepper, that’s about spices and much more salt (but still almost nothing compared to the smoked salted pork items with their 7+ % salt content (some illegally salty item produced 11% too), that’s quite brutal but needed for preservation, it seems.

I made some turkey sausage thing, that was turkey and white bacon (I tried to make turkey deli meat but it apparently became bacon… fine for me). I like simplicity. But I added my own sausage spice mix to half of it, that made it even better.

Of course, there are zillion types of sausages, even here. I can’t make my favorite one, the hard smoked kind but it’s easy to buy a good one from the nearby pig farm and even the supermarkets has quite delicious stuff.
Good soft sausage, the kind one fries or bakes, that’s hard to get for some reason, that’s why I started making my own. But I am a lazy newbie so I progress slowly.

Eat some bacon instead of chocolate.

I don’t really like bacon but my pork chuck roast is the best thing ever for me. Chocolate wouldn’t have a chance even if I was still interested in it (carnivore killed our lovely relationship very quickly and I LOVED chocolate and ate it every day on my vegetarian keto for years). This is actually an old trick of mine, eating something better (better for my health and well-being and even more tempting and delicious. total win!) instead of the target of some stupid whim… It doesn’t work always because our desires can be quite complicated and stubborn and we eat for various reasons but it’s often effective.

I had Tums tablets everywhere…in the house, in the car, at the office. Since Keto, I haven’t needed them in a year.

Now I never buy them but if I eat some spice rub on like take out ribs, yes I have to search the house for a Tums and luckily hubby is still eating crap so I can usually find some Rolaids or Tums in his truck

I have to say it is so nice to never have to rely on a daily Tums anymore! You had me laughing when I read this cause I can so relate LOL

The sausages are like big hot dogs. I cooked them at 400 deg F until the bacon was cooked.

Some semi-related thoughts for you: don’t make the perfect the enemy of the good. You don’t have to be in ketosis all the time, or ever. Less carbs = better than more carbs. And if you fall off the wagon completely, just hop back on the next day!

If you’re going to pan fry your (cased) sausage, one trick is to add water to the pan and cover. Cook for a while, then remove the cover, boil off the water, and fry.

The boiling helps cook/steam the sausages, which helps to cook the interior without the exterior getting really dark while the interior is still cold.

Yup, that’s what my mommy taught me! Still works.

This is a great place for keto support - even for those of us like me who have entered their 4th year on keto.

If you’re going to pan fry your (cased) sausage, one trick is to add water to the pan and cover. Cook for a while, then remove the cover, boil off the water, and fry.

The boiling helps cook/steam the sausages, which helps to cook the interior without the exterior getting really dark while the interior is still cold.

So I’ve been accidentally doing this, thinking I’m probably committing all the culinary sins, and now I find out it’s a known method! Did it last night for my sis and bro in law and was so worried they’d say my cooking method was not great. Ha! Thanks!

Clare how’s it going?! I hope you retried keto and it’s going well! Cutting out sugar and my beloved fruit (which I so miss dearly…) was hard. It’ll take some time but as someone mentioned above do not try and compensate by introducing keto desserts. I’ve found this just triggers the cravings and I personally end up in a spiral. That doesn’t mean forever, but while you are starting out and let’s say first month do not add any keto desserts. After you feel stable, then try something small and see how you respond. Honestly after a while even the keto desserts are way too sweet. I make some nut flour cookies but literally add a pinch of stevia (without dextrose) and that’s more than enough. The nuts themselves are sweet when roasted. This is coming from someone that used to bathe in Nutella.

Honestly after a while even the keto desserts are way too sweet.

You mean store bought ones? I always made my own so it never was a problem, I gradually lowered the amount of sweeteners and at some point I stopped using any in some of my sweets. They aren’t very sweet (sometimes not sweet at all) but perfect for me.
You are right, nuts are sweet. They always were sweetish but as time passes, they feel sweeter, it’s normal.
And I am one who never could stop eating sweets on keto - until carnivore. Surely not the same effect on everyone or at all point of their journey but it may be the step one needs

Store bought and if you follow the keto recipes out there. I feel like they are made for people that are just starting keto and thus still have a strong taste for sweet. I totally agree with you I now modify all the recipes and don’t really add any sweetener at all, at most a literal pinch of stevia etc. my friends make fun of me as when they taste it it’s awful but to me it’s perfect as the sweetness otherwise is so gross. I bought for my husband some premade keto cookies and holy wow were they sweet. Had a bite and it’s just so overpowering. I don’t miss that taste at all, what I do miss is fruit. It’s not even the sweetness of fruit but the water/hydration factor and combination. That’s the only thing I truly miss.

I feel like they are made for people that are just starting keto and thus still have a strong taste for sweet.

I often thought about this looking at recipes… They often use crazy amounts of sweeteners!
My high-carber SO don’t eat so very sweet stuff. When he cut out added sugar from his diet, his sweet perception changed just like mine. This same things happened to his mom with diabetes. They both eat carbs and even sugar (fruits and occasionally even added sugar but they avoid that most of the time) but cutting out added sugar almost completely seems to do the trick. We all prefer the same amount of sweetness except when I do carnivore since a while, it’s not my final form yet!

But the other side is that I don’t need sweetness. I feel my treat is not really sweet and it’s okay.

Fruit is lovely, I doubt I will ever stop eating it

I just do it rarely and in tiny amounts nowadays. Keto was easy (and I ate way more fruit every day. I would quit keto without that) but I have principles on carnivore-ish…

Still won’t give up fruits forever but I mostly just use lemon. Great fruit, it helps with making something dessert-like and sometimes I do like some dessert, it adds variety. I love sourness anyway. Fruits have a nice, unique smell and taste. And they are usually very pretty. Juicyness and crunchiness are great too. The sugar and too high level of sweetness is some problem for me so I choose lower-carb fruits or tinier amounts (or I pick them unripe but that may interfere with the softness). But carnivore pretty much turned off my desire to eat fruit. I just love them because they are very pleasant. But I can wait a few weeks any time unlike in my beginner ketoer times. But I was content with very little even then (usually. not in my most important fruit seasons) so the carbs were almost negligible. Fruits weren’t my problem (I mean carb intake or missing them), vegetables were.