I heard Dr. Fung mention it in one of his talks but I don’t know if I’ve read specifically about anyone fasting every other day.

I’ve read about some pretty complex fasting patterns people were contemplating. I’m not sure how that all went. I’m not really sure I could keep up with all of that and maintain the rest of life in general. I need it kinda simple.

So I was wondering if anyone has tried a period of time, maybe for two weeks or so (just throwing out a number) and had any insights on how that worked for them.

I’ve not been big on fasting in general but have wondered if it could be a useful tool in dropping on down through those last 30 pounds or so. I probably wouldn’t do it all of the time. But maybe every couple of months, do a week or two of eating every other day.

Mostly, I was curious if anyone has done it and if so, what kinds of results you had, how it went, things you liked or disliked, that kind of thing.

A 24 hour fast isn’t really such a big deal for me so that’s why I was kinda wondering if it might be an easy way to restrict the input without affecting the BMR quite so much. It would basically be either feast or famine but never “calorie restriction”. For me, I would think it would be 2 meals every other day as opposed to OMAD.

Thanks for the thoughts!

ADF, or alternate day fasting, is a technique I applied for a month in August last year. Works amazingly well at dropping the weight. Eat in a 6 hr window every other day. Water fast for 42 hours.

But I only did this once I was fat adapted.

Works for me, when I do it.

Your post is interestingly timed for me actually. I’m managed to pick up 4kg (8lbs) over the past 4 months through lazy keto and no fasting. As I don’t weigh myself often (once every few months) I’d only picked up on this with my clothes getting tighter.

So today I’ve just jumped back into a ADF routine for the next few weeks until I get back down again and my clothes start fitting better again.

I’ve done ADF, following Michael Moseley’s idea from the 5:2 diet, so eat normally one day, then eat nothing until the following day, 500cals (usually less). It worked well for me & I lost 2 stone from September til Christmas. Since Christmas life’s been difficult with family bereavements & other stress, so although I stuck with ADF apart from a couple of weekends off (Christmas, Birthday & Mother’s Day), I was getting into a feasting & fasting routine, craving loads of carbs, up & down with the weight by a few pounds, no overall loss. That’s why I looked into keto, & have been doing this for 4 weeks. I’ve not much more weight to go now, lost the ‘water weight’ at the start of keto & a couple more pounds since. I love the routine of ADF, although with getting used to keto I’m now doing FDs Mon, Weds, Fri which seems to be working well. I’ve tried doing a liquid only FD on the Weds as well now, not up to 500 cals. So I would say definitely give it a go!
I’m not fat adapted yet, so definitely couldn’t do a EF, & although the advice on here has been to not fast until I’m used to keto, I like the discipline of ADF, & it’s working for me!
Can’t hurt to try it!

Bellyman-
My husband does not do Keto-lifestyle with me. Although he does raid my ‘meal-prepped-out’ fridge.
We pastor a church and routinely fast when we are praying for people. Our church style fast is from 6am-6pm. We end it with tea, light meal or soup. Then resume eating with breakfast. So overnight is technically another fast. Sometimes he will fast that way for 3 days to a week. Sometimes like you mentioned every other day. He has done this for years. He will turn 61 in may. He is on no medications and very healthy. He could stand to loose a good 20-30 pounds. ( But I cannot ‘tell’ him that).

My approach/though process is that not every decision we make is permanent, or forever. Take one day at a time. IF you feel inspired to try one day, then see if a few days later, you want to try it again. Just like consuming enough fats to keep you full and not snacking, fasting is the same. A person can develop an ability to fast , and still not be hungry, crave or endure headaches and ‘withdrawl’ symptoms. Make sure in the weeks before fasting you are keepin up your suppliments and water intake and you should do fine. Fasting after a day off, a bing day, or what people call a cheat day- is the worst thing you can do. It reinforces the ‘punishment for being bad’ mindset. That is the last thing we want to teach ourselves. A person would be better to get back into a consistent keto-life groove. Once back in the routine and back into ketosis, then add fasting as part of your plan, rather than looking at it as a ’ take away a meal’ mindset.
Hope this helps.

A 24 hour fast isn’t really such a big deal for me so that’s why I was kinda wondering if it might be an easy way to restrict the input without affecting the BMR quite so much. It would basically be either feast or famine but never “calorie restriction”. For me, I would think it would be 2 meals every other day as opposed to OMAD.

Brian, it sounds great to me. A “one day” fast is much, much less, in my opinion, than a two day fast, since a good bit of the first day is digestion. (Personally, a one day fast for me is from the afternoon or evening of one day, all through the next, and not eating until the morning of the third day.)

In looking around for internet information, it looks like the stomach will usually be emptied, after eating, in 4 to 5 hours, and that the small intestine is half emptied at 8 hours, and from there it tails off; around 12 to 14 hours it’s all empty too. Not sure if right then we are truly “fasted” or not, i.e. are metabolic responses to digestion still going on or not?

I’m sure it varies with the individual and with the type and quantity of foods consumed, but I’m thinking that eating every 24 hours really means, at the most, fasting for 12 hours down to 8 hours or so. Eating once every two days boosts this to 36 down to 32 hours, l͟e͟n͟g͟t͟h͟e͟n͟i͟n͟g͟ ͟t͟h͟e͟ ͟f͟a͟s͟t͟ ͟b͟y͟ ͟3͟ ͟o͟r͟ ͟4͟ ͟t͟i͟m͟e͟s͟ Yeah, Baby.

Thanks all for the thoughts!

I was kinda thinking about this for both me and my wife.

I gained a few pounds, probably mostly water weight, and am almost back down to where I was before they got here. I think my wife is about the same.

We’ve both noticed that the weight loss has slowed to a crawl. It’s still going down but oh so slowly. I know she’s more frustrated with it than I am and wants to lose more. I’m more contented to just take a couple of pounds a month off knowing that if I just keep going, I’ll eventually get there. I’m in no hurry. But I know she’d like to see something more quickly.

We’re both pretty well keto though I think we’re probably closer to 40g of carbs a day than 20 on most days.

Anyway, it wasn’t anything that was desperate or grasping at straws. It was just something I’ve been thinking of floating past my wife to see if we could try it out for a week or so and just see what kind of results we get. I didn’t know if some of you might have already tried ADF and noted any particular results… (call it sales pitch material if you wanna, LOL!). Sounds like maybe one or two of you have, and I thank you for your replies.

Generally, I’m not into grazing. When I eat, I eat well. And I have little interest in food for quite a while afterward. And when I fast, I have no interest in teasing myself with a few hundred calories. So I’m probably at an advantage there. My dear wife, however, is more of a grazer. Even though she’s low carb and mostly keto, she’s much more tempted to have a handful of nuts to snack on at work, maybe an extra cup of coffee, that kind of thing. That may be one reason she’s had a harder time taking the weight off, I hate to say that definitively since I know it’s harder for the ladies.

Anyway, thanks again for the discussion! I’ll certainly let you all know how it goes if we give it a try. If we only do it a day now and then, I’m not sure if we’d notice anything pronounced enough to say it was because of the ADF. Maybe a week or so of it would be more pronounced, not sure.

What works for me is to fast Monday, Wednesday, Friday and eat normally the other days. Though saying that, it’s not unheard of for me to drift into a 48 hour fast or longer as I’m feeling good…

I am ADF for April. Megan R. Mentioned it on the “shaking it up” podcast. For me it’s 42 hours. So like … Monday dinner 5pm fast all Tuesday, no breakfast Wednesday , lunch 11 am Wed. 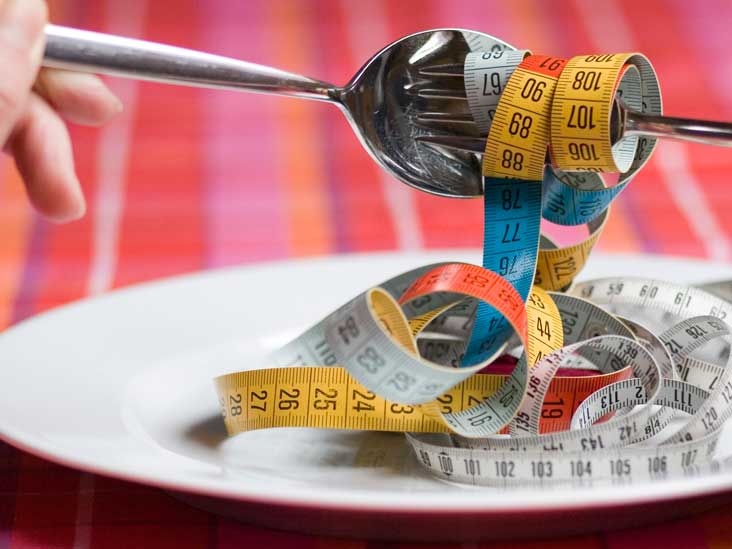 Here is a beginner's guide to alternate-day fasting. This is a powerful weight loss method that provides various health benefits and is easy to stick to.

Thanks for the data points, Karen! That is helpful. It’s basically just taking tiny steps towards the goal and watching the weight respond. I like it.

I thought a little bit about it. Just my normal routine every other day plus the alternate day fasting would work out to very close to 36 hour fasts about 16 of which would be sleeping.

Really thinking that maybe next week I’ll have a go at it, just to see how it goes. Funny thing is, it’s more mental than physical.

Megan suggested you load up on feast days.

I did this last year and it was very effective. 3, 36-hour fasts per week, mwf.

I have just started the one meal a day, Monday, Wednesday and Friday regime. And it has been easy to manage.
I had plateaued on my weight and felt enough ketoadapted to give it a go. Next week I am going to extend it to the following day. So instead of eating after a break of 24 hours. I am going to try to get to 40 hours.
I am on my feet all day in my work and busy as anything, so it keeps my mind off food.

Did you have stalls during this period of time, or continuous, somewhat predictable weight loss?

Fairly predictable, continuous weight loss with an average of 1kg, (2.2lbs) per week for around 12 weeks.

But I was at the peak of my weight and had lots to burn through.

As my weight dropped closer to goal things slowed significantly and hunger increased.