Bob Harper host of Biggest Loser had a heart attack

I think he’s actually vegan. At least he was on one season of the show.

I think you meant to say, “What is 24 straight days of rain in Portland, OR?”

It’s sunny today, Crow. I know because everybody bum-rushed Trader Joe’s at the same time. They won’t use umbrellas but they don’t like wet fur any more than I do, apparently.

Here’s what he preaches about diet: http://www.eatthis.com/bob-harper-lose-weight-fast

What would be really interesting is if there was a Kraft analysis of his insulin levels. I think that would tell the story about how the etiology of his myocardial infarction and what he should be focusing on.

But that will never happen, to his detriment. He will continue on thinking his cholesterol levels should be even lower, his salt intake should be nil, and that he should eschew all fat–especially saturated fat–in favor of a diet made mostly of whole grains, veggies, and fruit. And he will dutifully take his statins, too–EVEN if his cholesterol wasn’t elevated in the first place.

None of that stopped progression of the disease for Bill Clinton, either.

In lieu of the Kraft assay, I’d like to know his trig/HDL ratio and HOMA-IR. I bet the story is told.

I’m no expert in physiology or anything like that. However, I looked through google images to see if I can see changes in Bob’s body throughout the past years. He has added many tattoos to his body, which makes it easier to track the chronology of his body pics. It looks like he’s gained weight, mainly on his torso, and also added a bit of abdominal bulge. I wonder if he is experiencing metabolic issues/diseases. 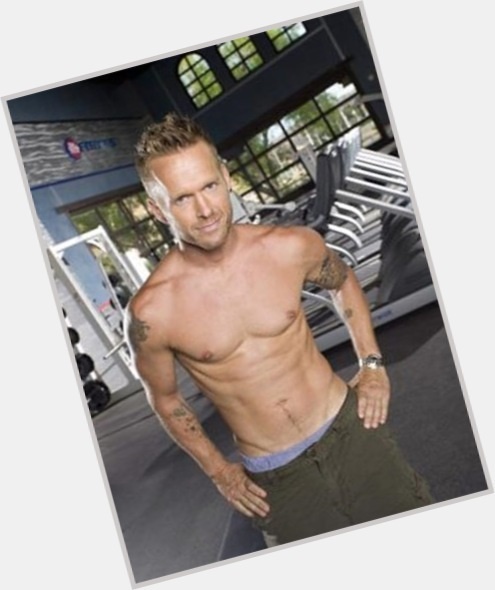 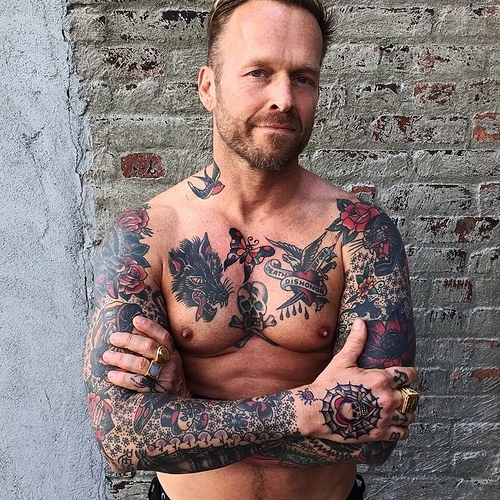 There’s more to this than physical health and vanity.

He’s got his arms at his sides, exposing his abdomen in a “Check me out, nuthin’ to hide, come at me, Bro” posture. Confident people readily expose their vulnerable bellies full of vital organs because they either have no fear of attack or are quite confident they can thwart one. CEOs and people in power often stand with their hands on their hips like this because they are the predator, the top of the food chain, while underlings almost never do.

He’s got his arms crossed in a protective, concealing configuration. No, he isn’t showing off his tats. He’s sacrificing our view of half of them for the sake of this defensive position. (If this was a tat shot, he’d do well to have his hands clasped behind his head with his back to us, looking over his shoulder.) The arm cross rounds his shoulders down, making him appear smaller and less of a target, and puts up a social shield. Also, instead of tucking his right hand in like the rest of us do, he’s grasping his left arm in a self-soothing gesture that telegraphs insecurity.

The first pic says, “I’m ready for whatever you got,” the second one begs, “Don’t hurt me.”

Edit: I just perused some of his later photos online and it does seem like he’s attempting to conceal a fuller face under the beard.

Yes, his poses are definitely opposite (offensive versus defensive).

I saw that, too, with his neck and chin getting thicker. On some photos, where it shows the side of his face, it’s noticeable that he gained some neck/chin weight. His beard helps to conceal it, and not as noticeable when looking at him directly.

I hope my comments don’t come off as fat shaming. I hope no one gets offended by this analysis. I’m just trying to understand what happened with his recent heart attack, and trying to piece a few chronological clues (like the diet he promotes in his diet plan, which has high carb, lean proteins, CICO methodology, etc). I really hope Bob gets an understanding of what’s happening to his body, so that he can reverse the damage. He can turn this around, if he is willing to explore all alternatives, and not blindly follow the same “party line”. He’s been given a “second chance”. I hope he takes it!

I hope no one gets offended by this analysis. I’m just trying to understand what happened with his recent heart attack, and trying to piece a few chronological clues (like the diet he promotes in his diet plan, which has high carb, lean proteins, CICO methodology, etc).

Oh, indeed, I embrace this as a scientific exercise to hone my knowledge and identification of metabolic syndrome. I’m teaching myself to look for signs I would have dismissed just a year ago as “aging” and reassign them in my mind as symptoms of a potentially deranged metabolism. There’s some unlearning along with the learning and practice like this is welcome.

It’s particularly confirming to see these tell tale markers crop up in athletes lauded for the perfection of their “healthy” lifestyles and vaunted as role models. It validates my own unhealthy, yet helpless, transformation from athlete to patient after ears of simply “following doctor’s orders.”

As an avid student of body language, I immediately measured so much more than body fat composition in those pics. Frankly, his carriage tells me more about his condition than his overall shape does. What I could tell you from his face, alone. I will add that people almost never execute body language like the above consciously, it’s simply an extension of their true emotional state, one you can bank on far more than their words.

What I could tell you from his face, alone

I would love to read your thoughts on this, thanks.

I would love to read your thoughts on this, thanks.

Sure, I’ll send you a message tomorrow.

Really glad I am not a celebrity under scrutiny.

Really glad I am not a celebrity under scrutiny.

Have you ever seen that exclusive celebrities-only contract that says, “And sign here to guarantee control over everyone’s thoughts about you”? Me, neither.

Sometimes doing what you want to do puts you in that celebrity status. I think that, even for those who invite the paps at first, it must be a nightmare way to live. I would hate to have my life pulled apart and my looks scrutinised. I think it is pretty horrible that we do it to be honest.

So, THAT’S why he poses with his shirt off.

I hope my comments don’t come off as fat shaming. I hope no one gets offended by this analysis. I’m just trying to understand what happened with his recent heart attack, and trying to piece a few chronological clues (like the diet he promotes in his diet plan, which has high carb, lean proteins, CICO methodology, etc).

Agreed. I see @Fiorella and @Aqua_chonk doing this objectively in an effort to evaluate the circumstances leading up to a medical emergency, and to dig into the underlying assumption the he was living a healthy lifestyle that the LCHF/Keto community would see as a major risk factor (probable cause) of his medical problems.

You can’t see how you would get into a cycle with the media and expectations from the public. I am not having a go at you, I am just highlighting the fact that people all too easily pick someone’s life and looks apart when they are in the public eye. I don’t think it is a very nice way to behave, that’s all. My opinion.

I remember being quite a fan of Jim Fixx at one time. I think I read a book, or at least some articles by him. It was quite a shock to me (and to many others I’m sure) when he died. Nowadays, I’m not so surprised by it.

I see @Fiorella and @baconmecrazy doing this objectively in an effort to evaluate the circumstances leading up to a medical emergency, and to dig into the underlying assumption the he was living a healthy lifestyle that the LCHF/Keto community would see as a major risk factor (probable cause) of his medical problems.

We hold doctors and scientists–and anyone with the power of the public trust–accountable to the integrity of their medical assertions. We pick the facts apart and thank goodness we do, because our lives are at stake.

To be clear, body language is a science that explains how the mind communicates itself wordlessly via the body. Its bases are mental, emotional, and physiological all at once, and its fundamentals are uniform across the globe. It’s quite powerful to realize you can consciously strengthen and/or relax your own mind and physiology interchangeably by changing how you move. You can even raise and lower hormone levels and switch emotions on and off!

Being able to identify gestures in others and tie them to those people’s current condition reinforces one’s understanding of their meaning. When you can do that, you can take steps towards identifying and implementing them in yourself. My computer is at a standing desk for a reason–so I can read with my feet apart and hands on my hips.

Just playing devils advocate here… There really is a chance that he had a familial heart anomaly such as dilated cardiomyopathy, or a conduction disorder or arrythmia or long qt syndrome or… or…

Keto fixes and mitigates a lot, but it won’t fix congenital anatomical abnormalities, and there is a chance that’s what happened.

(also, someone who might like to combine lots of pre-workout with hgh and undetected cardiac anomalies would also be more susceptible - just ask the 29 year old we resuscitated in the grocery store aisle - he had just left the cardiologists office after having passed a stress test)