Berberine -- if you are doing Keto, Carnivore, or Fasting to fix health problems you should be INVESTIGATING at Berberine

I read up on berberine and decided to try it. At the same time I decided to use glucomannan

One note of caution, glucomannan or Konjac root is high in fiber. I would not take any medication within an hour of taking it as it may block absorption

I had read that too, with regard to medication. 138.6 pounds this morning. So either my berberine or my glucomannan is doing something. I always feel hungry so the glucomannan is helpful. I had some coffee with heavy whipping cream that I let go cold. I mixed cocoa powder and glucomannan into this coffee to make a pudding. I don’t eat the whole thing but I do eat some of it. I’m a little cautious about taking the powder without expanding it first.

Interesting. I tried taking berberine, and really disliked it. I can’t quite remember why now, though. I may have been combining it with something else, and maybe the combination wasn’t good?

Mine has curcumin and black pepper in it. Think it’s helping with inflammation.

What brand? I think the quality varies tremendously. I bought Berberine a couple of years ago and stopped because I did not notice anything fortunately that includes no side effects either, not even stomach upset. I stopped using it but it may have been the brand, there seems to be some brands that are better and Indian Berberine is higher quality or was in 2017 when the article linked was written according to other comments on the OP’s link. Apparently I was not using it correctly according to the website that the OP linked (great website, worth spending time looking at other articles). Berberine according to the website has a cumulative effect, it is not designed the way diabetes drugs are, where you eat pizza and then take something with the idea that it will counteract a specific meal. I have no idea if that is accurate as I have done little research on it.

When I took Berberine I was not monitoring myself in any way other than my weight. I recently started using a CGM even though I am not diabetic to see if I am having blood sugar spikes which is either giving me cravings or causing me to gain weight. So far I have found some interesting things such as Sushi and pistachios with salt and pepper are not my friend. It causes me to limit my eating because I want to see the specific effect of a particular food and if I continue eating I will not know which food caused the spike. Meanwhile I have not lost an ounce even though I know I eat fewer calories than I burn! Very frustrating. I am going to try Berberine again but will be picky on the brand.

The website Understanding Diabetes linked by OP is fascinating and I highly recommend it to anyone interested in diabetes or prediabetes. I never saw it before yesterday but to paraphrase what I have been reading across his articles, the site owner seems to believe that Diabetes is not a disease of carb intolerance but that is simply a another symptom (like metabolic disease). He believes that it has something to do with low AMPK levels causing the liver to secrete too much glucagon even when BG is not low. I have no idea if he is correct, please do your own research as I am not an expert but it is an interesting read and will keep me busy for awhile

It was this one:

Looks like I’ve tried this three times so far.

I looked at that one on Amazon and it’s 1000 whatever’s. Mine is 400 and I take it three times a day. I think you have to go slowly with this stuff. Somebody also mentioned having cassia cinnamon with it. And I read an article that suggested this increased its bioavailability. So I’ve ordered some cassia. Mine includes the curcumin, and if it isn’t helping with weight loss at least the curcumin and black pepper seems to help with pain due to inflammation.

I am currently testing ceylon cinnamon. I’m using it in my cold brew coffee, in my morning cup of Pu-Erh tea, and then in a cup of (black) tea, the few times when I have one at work (only when fasting or I’m really tired).

Of all the things I’ve tried (and I’ve tried many, many things), ceylon cinnamon might actually work to reduce hunger. At some point, I’ll cycle off using it and then cycle back on.

Huh… never heard of that. I don’t need to suppress my hunger, but will be interested in your results.

From what I understand, Berberine and Metformin help control glucose by stimulating the AMPK pathway.
Metformin is considered to be much more bio-available than Berberine. To increase the benefits of Berberine, most suggest taking it with milk thistle. Some brands include milk thistle with berberine.

A brand called Peak Performance has a product called Super Berberine. It is Dihydroberberine. Supposedly it is far more bio-available. You only take 200 mg once a day. This reduces side effects.
I switched to this. Truthfully, I have not noticed much difference in my glucose levels between the two. Still, I like taking “less.”

It costs more but as you take it once a day, the price difference isn’t that great. I stopped taking berberine for a few days. At that time I did notice my average glucose reading was somewhat higher than with berberine.

This is a study that’s a meta-analysis (basically, they tried to look at data from multiple studies):

Efficacy and safety of cinnamon in type 2 diabetes mellitus and pre-diabetes...

They found improvements in blood sugar and HOMA-IR, which is one measure of insulin resistance (though, oddly, no improvement in HbA1c).

The problem with cinnamon is that there are two (main) types, the kind we can get in the store, and ceylon cinammon: 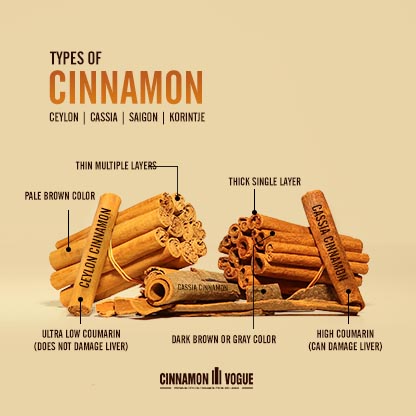 We take a look at the four main types of Cinnamon, Ceylon, Cassia, Saigon, Korintje Cinnamon and identify them by color, taste, aroma and appearance.

So, I bought some ceylon cinnamon and use it in my teas/coffee. For coffee, I take a cup of water, heat it, steep cinnamon sticks in it. Then I cool that in the fridge, and use it when I make my cold-brew coffee (edit: both steeped water and the sticks). For tea, I just add some broken sticks into the tea and steep that way. For Pu-Erh tea, I usually use one chunk of tea every day for a week, making one cup per day. I’m getting a lot out of my tea and cinnamon.

It does SEEM to work a bit, causing less hunger. (I don’t eat breakfast, just one cup coffee, one cup tea in the morning.) But I could be wrong.

And doing it this way, I have no idea how much I’m actually getting. The studies often use grams of the stuff per day. I’m sure I’m not getting that much. The coffee/tea tastes good, though.

Also not known is the long term effect. Most of those studies are very short. Because of this, I plan to rotate off cinnamon for a while, a few weeks maybe, then come back to it.

This topic has this song stuck in my head!