What exactly triggers ketosis? Is it really like a switch? Either you are burning ketones or you are not?
I am sure the “25” must be different for different people…what determines that?

My guess it’s a rheostat. There’s a definite ‘off’ position and a definite ‘on’ position, individually variable depending on insulin/glucagon ratio and concentrations and a bunch of other metabolic health factors. But in between on/off is a range of ketotic activity from low to higher. I was in hopes that the Lumen might help pin this down but alas, not. I think it also possible that we are never in a state of complete absence of ketones.

Metabolic rate and activity levels / TDEE. When I was still tracking ketones I was about to eat 60-100g and still show ketones most of the day depending on my workouts that day.

I think it also possible that we are never in a state of complete absence of ketones.

I agree, in biology nothing ever seems to be black or white, its always shades of gray.

Low insulin levels trigger it.
Running out of glucose in your blood, muscles, liver. Lowers insulin.

Get there over time by eating low carb of get there fast by not eating. All the same, you run out of glucose you trigger other ways of keeping your body running. Keto diet is named after ketone bodies. They are easy to measure. But it schould not be called the keto diet, the low insuline diet would be more to the point.

I think it also possible that we are never in a state of complete absence of ketones.

I don’t think this is true for many. Listened to a podcast about migraines, where she was testing exogenous ketones on migraine sufferers. Apparently, it works really well. See here: 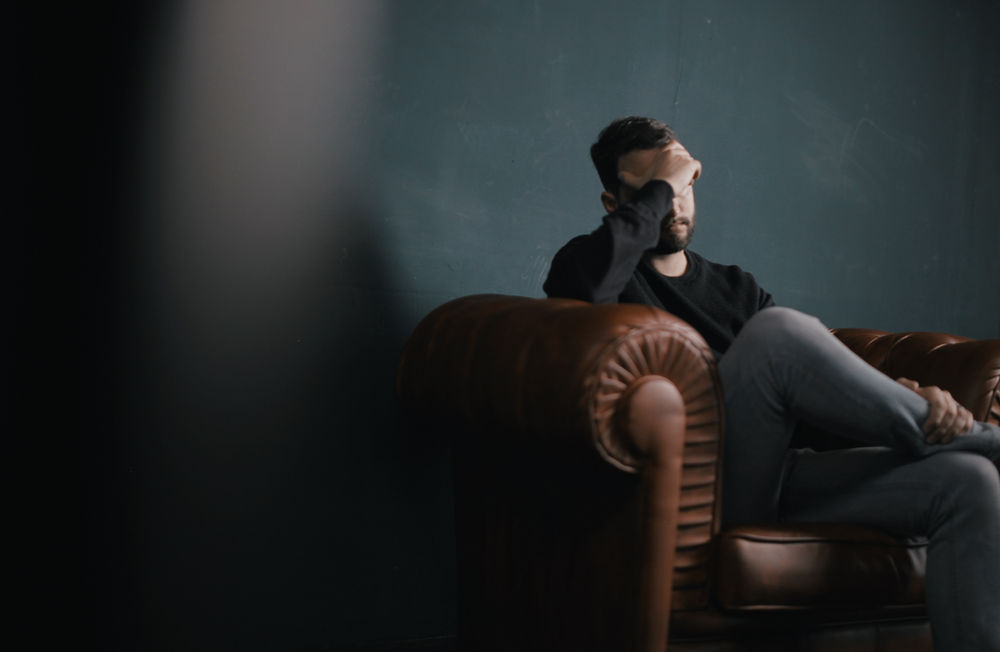 One billion people in the world suffer from migraines. That makes it the most common neurological disease in the world. Despite its prevalence, there is no good treatment that addresses the root causes of migraines. At least, there were no good...

Her theory is that migraines are caused by a lack of fuel in the brain, and most likely the brain cannot use glucose or uses it very poorly. The ketones help by providing an alternative energy source.

So, at least for these people, they don’t seem to have ketones available.

(And, yes, she advocates a keto diet, but it’s easier to get funding to test exo ketones than a diet, where everything changes.)

The key to getting into ketosis is to keep the ratio of insulin to glucagon low. Eating a lot of carbohydrate (which is glucose molecules arranged in varying ways) stimulates insulin and inhibits glucagon, thus greatly raising the ratio. Avoiding carbohydrate keeps the ratio low. Fat has almost no effect on the ratio, and protein affects the ratio only when eaten with carbohydrate.

The determinant of whether your liver is making ketone bodies or turning glucose into fat to be stored in your fat cells is the level of insulin circulating in your blood. A high level of insulin promotes the storage of fatty acids and keeps them trapped in the fat cells. If you wish to release your excess stored fat to be metabolised, you need to eat in such a way as to keep your insulin/glucagon ratio low.

Burning ketones or not is somewhat a separate issue. Once you are eating in a way that encourages your liver to make ketones, then you need to become adapted to metabolising fatty acids and ketones in place of glucose. This usually involves some healing at the cellular level and the reactivation of certain metabolic pathways. This is why there is an adaptation period before a ketogenic diet really starts to take effect.

By the way, anyone get their insulin/glucagon ratio tested? I was thinking of having this done the next time I get blood drawn.

My ketones are 0.1 mmol/l or so in the mornings. It’d be interesting to see if that’s an overproduction of glucagon.

@PaulL A fascinating snippet. Can you point me in the direction of some relevant reading on this, suitable for a layperson?

Her theory is that migraines are caused by a lack of fuel in the brain, and most likely the brain cannot use glucose or uses it very poorly. The ketones help by providing an alternative energy source.

The brain requires insulin in order to allow glucose to pass through the cell wall. So when the brain becomes insulin resistant, the problems start. Fatty acids use a different transporter to enter the cell, a transporter that is not dependent on insulin.

Excessive glucose also causes damage from glycation and the generation of resistant oxygen species. A ketogenic diet reverses some of the damage and restores the production of endogenous anti-oxidants, to help prevent future damage.

My ketones are 0.1 mmol/l or so in the mornings. It’d be interesting to see if that’s an overproduction of glucagon.

Ketogenesis is stimulated by glucagon and inhibited by insulin, so if you were overproducing glucagon, I’d expect a higher reading. Or are you saying that 0.1 is higher than you want?

Gluconeogenesis is also stimulated by glucagon and inhibited by insulin. This makes sense, because we want the liver making glucose when there is very little in our diet, and not making any when we have an overabundance from eating too much glucose (i.e., carbohydrate). Gluconeogenesis is regulated by other factors, as well, not just insulin and glucagon.

Ketogenesis is stimulated by glucagon and inhibited by insulin, so if you were overproducing glucagon, I’d expect a higher reading. Or are you saying that 0.1 is higher than you want?

I think my glucagon response is normal, because I can eat 160+ grams of protein in a meal with zero effect on my blood sugar. That means insulin and glucagon have to be working fairly well in harmony.

0.1 mmol/l is what it is. Could it be higher and would that be a benefit? I’m not sure. But to the extent the insulin/glucagon ratio affects this, it would be interesting to know.

I’ve been taking my breath ketones mainly, and the only thing they tell me is how much fat I ate yesterday. If I eat a ton of fat, I can get breath ketones to go up. Otherwise, they are very low too.

Unfortunately, there are few studies on people doing this stuff 7+ years. Though I have seen others who have higher ketones who have been doing this a while, but also the same. It’s unclear to me why.

I’m one of those weirdos who still turns pee sticks purple after 3+ years on keto. My last 36-hr fast I didn’t want to waste test strips so checked with a leftover pee stick (probably expired) and it was dark purple at 24 hrs fasted. Was dark pink at 15 hrs fasted, which is every day for me.

In the link you posted here:

Amber reminds us that:

@Fracmeister To address your original question: 20 grams net is just an arbitrary number at which ‘most folks’ will be in ketosis. I think @PaulL has pointed out in multiple posts that the Two Dudes wanted to make it ZERO carbs but thought that would be as popular as a lead balloon. So they compromised on 20 grams as approx half of Phinney’s 50 grams TOTAL carbs. I think.

That’s more or less the story as I heard it. The other part of it is that 20 g/day is a rate of intake that guarantees virtually everyone success (except a few people with high insulin resistance, perhaps). But the Dudes don’t get involved in whether to count total carbs or net carbs. Dr. Phinney said at Ketofest 2019 that he set the limit for Virta patients at 50 g of total carbs in the hope that they would end up under 20 g net.

I am sure the “25” must be different for different people…what determines that?

nope. your body will trigger at a number near that. take away sugar, insulin drops and body does change to ketone burn vs glucose burn.

and WE ALL KNOW that science but it boils down to ‘how low do I have to go on carbs’ to lose weight and be ok’…and some can go total 40g or maybe 80g carbs per day and lose lbs and not be in ketosis and never flip to ketone burn and fat adapt but some can eat only 10 total g per day carbs and never lose a lb? cause? big picture hmm here LOL
some go into ketosis around 20g and another around 30g, it boils down to ‘who are you, who who, who who’
but there is that number where you are not ketone burn vs glucose burn so if you want keto burn, then you control carbs very low but you can be who goes higher and stays ketone burn? but that carb intake won’t be and rarely is near the 40g mark, bodies need at least 30-35g to hit ketosis for some so…again WHO are you LOL

I know that a lot of folks are here (Low Carb and/or Keto) because they want to lose weight/fat. But let’s keep in mind that being consistently in ketosis brings with it many health benefits that otherwise don’t occur. ‘Low Carb’ may help with weight, no doubt. But having your innards awash in β- hydroxybutyrate is far better than not. If that means you have to forgo carbs, it’s an exchange well worth it.

Losing fat is something totally different. I easily and almost automatically lost fat at 80g net and basically never on keto, nothing surprising about that, actually, knowing the circumstances.

20g net is good for most people, I could get away with 40-45 (I got fat adapted eating just below every day with often a quite high total, I was super lucky as 20g was impossible for me back then) while being a short woman with lowish activity. Activity helps a lot, it’s known but I have no experience regarding that.
(IDK where the quite common 50g came from as it’s not keto for most of us… I never even met the usual 20g on Hungarian sites, they are all about 30g or 50g.)
But being just in ketosis doesn’t necessarily give us the benefits of a stricter style, many of us know that. I know that very well as carbs mess with me even on keto. They should be very, very low, at least the net, a higher total never seemed to be a problem but that is individual too, it seems.

Just posted this in another topic. A little past the midway point Bikman takes up the topic of ketones then how one might transition from glucose to fat burn during the day based on how much and how long between one consumes carbs. So relevant to this discussion.

Note: I do not know what Bikman’s relationship to Unicity International might be.