Why dont i sweat?

I have a question and hope someone might have some insight. I have been an indoor bike instructor for years. Typically i sweat like crazy during my class…To the point that my children won’t touch me after class. My shirt was usually completely drenched. I have been doing keto for 4-1/2 months and I’m doing great. After about a month of eating keto, i noticed that i was not sweating as much. Stil now i am not sweating almost at all. I wear a heart rate monitor and i know that i am working every bit as hard as ever. I promise that i drink a lot of water. I also take in a good amount of salt to keep my electrolytes up. I get that i am not holding as much water in the carbs, but is it weird that i don’t sweat?

Maybe your body is optimizing it’s resources. Why not consider it a plus!

I haven’t heard of this. But if it was a by product of Keto, it should happen to me too. Now that you mention it, I have been less sweaty. But I think I know why I am, and it might be related to your own.

I began to notice the past month or so, that I was getting cold. Before going Keto, and this was for many years, I usually slept in shorts and maybe a t shirt. And didn’t use a blanket. At worst, I might use a sheet, just to keep annoying mosquitoes at bay. I was pretty much always hot. I could sleep in a room not heated at all, and be perfectly comfy with it in the 40’s.

Back to now… as I said I recently began to feel cold. My feet were cold. That was a first time for me. I thought it was circulation maybe. A problem caused by my newly Dx T2D. Then I was listening to one of the 2ketoDudes podcasts. They were talking about CICO. How the body will actually change and burn the energy it needs to so it can maintain where it is. So metabolism can change. Basically the body can lower heat production and use that energy elsewhere when needed. This was a revelation to me. When I was a sugar burner, I had tons of excess energy. So it was being put to use as an increase in body heat. If I did any kind of workload, I would sweat horribly.

Now, I haven’t actually put this to the test yet. But I’m pretty sure my metabolism has slowed down a lot. It’s getting roughly half the calories it’s used to getting. And non of them are from carbs. So it’s going probably as slow as it can go right now, which also explains my plateau in weight loss. Come to think of it, I just got of my stationary bike after an hour ride. I hardly sweat at all. I should have been soaking wet.

I’m not a fitness trainer, or a doctor. I’m a “Master Troubleshooter”. (Yes, I just made that up, for emphasis).
I’m pretty good at picking out the clues from the crap and figuring things out. It usually helps when I learn more and more about a subject and can make use of the clues in front of me.

So to sum up…
I think it has to do with metabolism changing because of CICO. Which might just be the only thing CICO is useful for knowing about?

basically what I said in a wall of text. 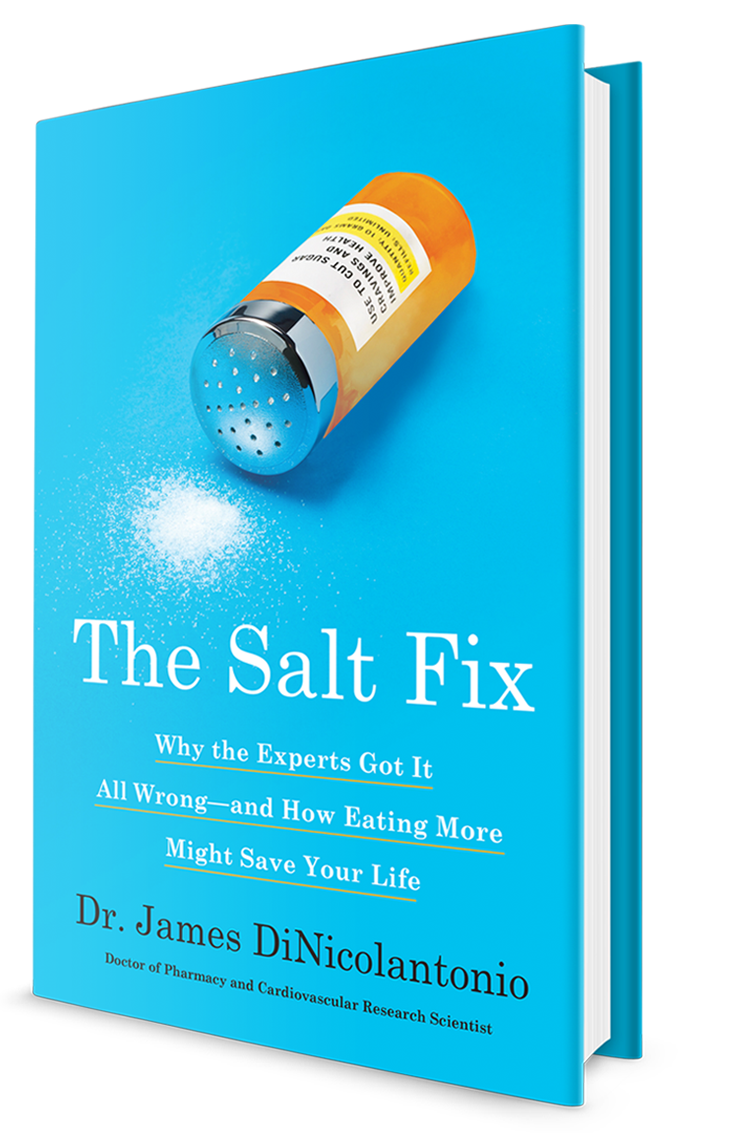 Dr James DiNicolantonio, a cardiovascular research scientist upends the low-salt myth, proving that salt may be a solution to our nation’s chronic diseases.

I also noticed that I was not sweating much when I am on a LCHF or keto diet. After reading the “The Salt Fix” I began to start the day by taking a bolus of 2 to 5 grams of “Himalayan Pink Salt” and glass of water each morning. As result I noticed that I was sweating again. Perhaps we were not sweating because our bodies were desperately trying to retain salt. It is surprising how much sodium keto athletes require. As a spin class instructor you may require additional boluses of salt.

If you’re not sweating because your metabolic rate is lower, try eating more calories of fat. Your body will ramp up its metabolic rate again, in response.

Maybe your body is optimizing it’s resources. Why not consider it a plus!

This! Keto helps the body regulate its hormones and excess sweating, which is probably what seemed “normal” before, has been reduced to normal sweating.

The same thing happened to me and if anything I’m taking in more energy as measured in calories every day, so I don’t believe it has anything to do with metabolic rate.

I have the same problem. I take about 4 grams per day of Himalayan sea salt, and I eat plenty of fat.
Have you ever done a fast? I am on one right now, and I am not sweating, and I am hungry (a little bit, which I deal with by drinking water, and once in a while some coco oil)
But this brought to mind something I read on Jack Kruse. Leptin. If you are overweight (as I am) that is a clue you could be leptin resistant. If you are leptin resistant it makes your fat difficult to burn as the leptin signals are ignored/inactive. When I quit this fast I am going to do Jack Kruse’s “leptin reset” and see if that helps. The Leptin Reset is keto friendly.
I wonder if this is true for you also. Maybe you could try a fast and see if you stay hungry also.
This answer may not seem to your point, but we are pretty complex creatures, and even male hormones can be disregulated.

Funnily enough, my libido has gotten stronger on keto, I perspire more and feel the cold a lot less, because my metabolism has increased, and my serotonin is up, so my depression is hardly noticeable. The symptoms you mention tend to be the result of skimping on calories or protein, not of keto per se.

A bit more research into the actual science that undergirds the ketogenic diet might stand you in good stead. A lot of what passes for dietary guidance these days is based on very little research, and some of that research can justly be characterised as fraudulent.

While whole fruits, because of their fibre content, are not actually awful, they are not all that great either, on keto. The point of a ketogenic diet is to lower insulin levels that have been chronically elevated by a high-carbohydrate diet. Anyone who has experienced the benefits of lowering insulin will not likely be interested in raising it again. There’s a reason that the abbreviation for “standard American diet” is SAD.

I think I am a*se about face. I reckon I sweat more now than before. After exercising I am literally dripping. I can’t put the heating on until I have finished exercising because otherwise I am even worse and my house is never what you would call hot, the heating is on just enoughto take the chill off the air.

Before Keto I was starting to believe I had got through the menopause as my night hots had subsided and I rarely got red faced during the day. Since keto and more recently carni I have been back with covers on covers off throughout the night. I have to wear layers especially to my friends bungalow so that I can take them off bit by bit as I get hotter and hotter, they all but one come off straight away at my friends place and I still sit there dabbing my forehead and I don’t wear make up much these days either so it isn’t that. I have increased my water intake quite considerably.

I had noticed that when I started Keto my body temperature appeares to be rising. We are all so different aren’t we? I can remeber when I was younger with 2 young children that I would walk to school with just a T shirt on and never felt the cold but as I got to these more senior years I was sad that I felt the cold more so this is quite possibly a blessing in disguise!

Sweating more makes sense, because you are giving your body an adequate amount of calories, and therefore your metabolism has sped up and your body is actually wasting a bit of energy. I sweat a lot at night, these days, especially if I snack a bit in the evening, instead of stopping eating when I stop being hungry.

It’s been a few years ever figure it out ? even with a fever I can’t sweat on keto . Excerise I sweat a tiny bit . I started eating frozen fruit while sick this time Probably enough to knock me out of ketosis I sweated all night long .

I mostly don’t sweat in the gym…