Have you seen this Review article from2018? It is also frustrated by the lack of knowledge in this area, but some of the techniques and references they provide might be of help.

Therefore, despite the broad acceptance of the adipose expandability hypothesis, there is a scarcity of data to describe the in vivo dynamics of adipose turnover and the link with metabolic health in humans. Early studies proposed that adipocytes are produced only during childhood and adolescence [29] but in vivo evidence is necessary to substantiate adipocyte generation in adulthood. Below, we review two novel and distinct in vivo approaches that have been implemented in humans. 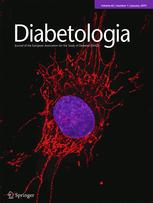 White adipose tissue is a highly plastic organ and is an important regulator of whole-body metabolism and energy balance. The magnitude of adipose tissue mass is determined by dynamic changes in the...

Thank you. Yes! I come across this idea that adipose cell count is set during childhood and adolescence and can’t be changed… but I couldn’t find any evidence.

Obesity is increasing in an epidemic manner in most countries and constitutes a public health problem by enhancing the risk for cardiovascular disease and metabolic disorders such as type 2 diabetes. Owing to the increase in obesity, life expectancy may start to decrease in developed countries for the first time in recent history. The factors determining fat mass in adult humans are not fully understood, but increased lipid storage in already developed fat cells (adipocytes) is thought to be most important. Here we show that adipocyte number is a major determinant for the fat mass in adults. However, the number of fat cells stays constant in adulthood in lean and obese individuals, even after marked weight loss, indicating that the number of adipocytes is set during childhood and adolescence. To establish the dynamics within the stable population of adipocytes in adults, we have measured adipocyte turnover by analysing the integration of 14C derived from nuclear bomb tests in genomic DNA. Approximately 10% of fat cells are renewed annually at all adult ages and levels of body mass index. Neither adipocyte death nor generation rate is altered in early onset obesity, suggesting a tight regulation of fat cell number in this condition during adulthood. The high turnover of adipocytes establishes a new therapeutic target for pharmacological intervention in obesity.

So I have a good friend who is big and fluffy fat.
Amazingly at 60 y/o and lifelong obesity, he does not have high glucose (no diabetes).

But he gains fat VERY easily. so… In his case, overeating leads to storage/obesity, but the metabolic damage is not happening at the same speed. So I tend to disagree that metabolic damage causes obesity (as the ONLY cause). Unless you consider being a good fat storer to be metabolic damage, which I don’t.

So, it appears we have:

And there are probably many descriptions of #4 including my old noon aid, who had the gigantic hips/thighs and this little torso. Those fat cells were probably very sensitive to insulin. Others, not so much…

Actually, some people have the “gift” of being able to add more subcutaneous adipose cells for more fat storage… they’re not limited like the rest of us.

With more fresh fat cells being made, they don’t suffer from overstuffed fat cells and high insulin and glucose…

While we’re trying to stuff our freezers… they just make more freezers.

So, we have people who can:
A) Grow the number of fat cells (probably in a specific body part: Liver, Legs, belly, everywhere)
B) Overstuff their fat cells (because they can keep stretching)
C) Become Insulin Resistant (not enough creation, not enough stuffing)
D) Hit a trigger point (Epigenetics) that triggers A and/or B after too much C.

Wow, I bet we will discover a genetic marker for this that indicates this.

And that is a Hypothesis that makes sense to me. It covers a concept of individual response to stimuli that we would need to keep evolving in a world of changing demands…

gigantic hips/thighs and this little torso

This is known as lipidemia. I believe my mother had this disorder and it caused her edema in the legs and ankles too. I didn’t inherit it, but got an apple shape from my T2D father instead.

Where else can you ask a “simple” question and learn so much?

t’s also logical that some things are not autophaged

Is it? I am not so sure about this. Except for unfertilized eggs stored in ovaries doesn’t every single cell have a life span that is shorter than the body’s life span? That means they have to be cleaned up after they die. although perhaps some like fat cells are automatically replaced one for one.

Think of it in evolutionary terms: fat cells are where the body stores its energy reserves. Deliberately down-sizing your “gas tank” could prove disastrous.

This does make sense to me in that one’s fat storing capability remains fairly constant, although I would posit that for women it changes with age. (maybe) Post menopausal one would not need the same amount of fat stores to protect the next generation. I hope that our body is smart enough to know this. Why waste resources creating fat on thighs and bum one no longer needs… Something to look forward to as I get older!

Where else can you ask a “simple” question and learn so much?

That is exactly correct. The body replace the cell with another.

Yes that is true. It is based on evidence, but not complete evidence.

Ahhh… good to know that, thanks!

There is also a lot of fluid loss with glycogen from the liver and reduced inflammation of the fat lining the digestive tract. It may be difficult to measure inside organs and the actual fat loss compared to the reduction of ‘fat mass’ which includes supportive tissue and fluid.

But yes, the triglycerides inside the liver should be used rapidly when conditions allow compared to peripheral tissues.

But he gains fat VERY easily. so… In his case, overeating leads to storage/obesity, but the metabolic damage is not happening at the same speed. So I tend to disagree that metabolic damage causes obesity (as the ONLY cause). Unless you consider being a good fat storer to be metabolic damage, which I don

Dr. Robert Lustig says that the medical literature distinguishes between the obese with metabolic damage and the MHO (metabolically-healthy obese), who are perfectly healthy, with completely normal metabolic markers. The latter apparently make up about 20% of the obese population.

The reverse situation is lean people, who are generally healthy, but 30% of whom are just as metabolically deranged as we usually assume the obese are. These 30% look lean but are riddled with viseral fat, and one researcher coined the now-standard term TOFI for them: “thin on the outside, fat on the inside.”

So you are quite right to say that obesity and metabolic derangement are by no means the same thing.

It may be difficult to measure inside organs and the actual fat loss compared to the reduction of ‘fat mass’ which includes supportive tissue and fluid.

Granted we are not a mouse or rat, that’s what they might be finding in knock out mice and rats that are humanized with the 48 hour fasting and 25% loss in visceral fat or they reached this conclusion on actual human beings?

The article on this suddenly disappeared from the endocrinology journal I was reading or I am just having trouble tracking it down, I swear I bookmarked it twice and it’s now gone?

I swear I bookmarked it twice and it’s now gone?

Happens to me all the time!

While muscle density can vary… and hypertrophy and strength are not the same thing… I would say that the measurable loss of mass may not have been all muscle.

Hard to know short of a muscle biopsy, and that is a nope from me.

Strength is a combination of many things, but hypertrophy is definetly one of the legs of the stool. As you do any resistance training some strength gains are form and some is neurological capacity, but you eventually top out at some individualized level without introducing hypertrophy.

If you weren’t giving your body signals to preserve your leg muscle it very well may have decided that was an area that could have been given up for some protein.

I have a feeling I am in this group. Very large thighs, subcutaneous fat on/around belly, arms and under arms etc. Normal BG (A1C is 5.2), normal BP, normal lipids. Fairly active (longest bike ride 60KM+, longest walk 12KM+ etc despite being morbidly obese, 350+lbs now down to 305lbs)
Any other “symptoms” of being in this group? Any suggestions for weight loss for this group other than KCKO?

Dr. Phinney advises people who are feeling stuck to cut their carbohydrate even further. If that doesn’t work, he says, eat more fat. On no account, he says, should you increase your carb intake.

Some carnivores say that going carnivore was the only thing that helped them lose weight.