What does this mean please translate

This product RX Sugar Maple Syrup (and other flavors) was advertised as a great keto choice in Experience Life magazine at my health club. Please see ingredients and zero gram carbs and tell me how this makes sense when there are 22 total net grams? Thanks. 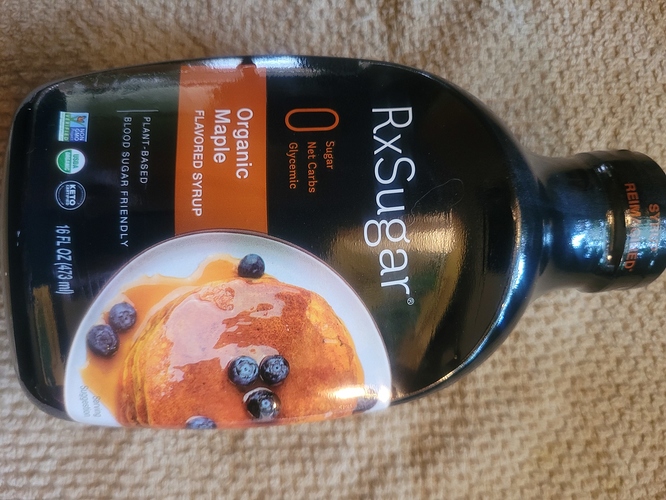 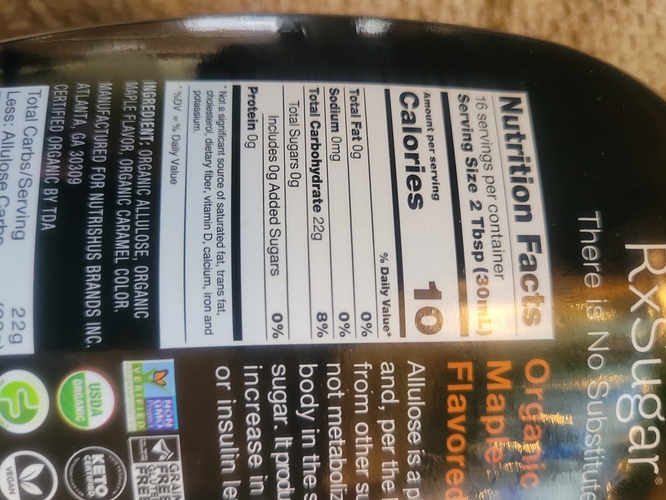 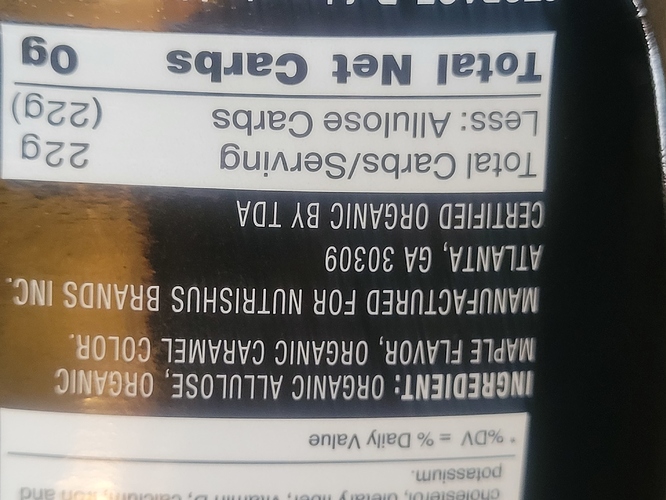 Finish your short stack with keto pancake syrup from RxSugar. Plant-based allulose is zero calories, zero net carbs, and low on the glycemic index—keep it handy for cooking up your favorite paleo and diabetic-friendly recipes.

What does this mean please translate

you could just choose to eat real food. Most of the things I buy have no nutritional information because they are simply real. Try to avoid the processed and labelled stuff

Allulose is a (real) sugar, but one that our body doesn’t metabolize, so you don’t count the carbs. It’s legit.

Carbs, but carbs that don’t matter.

@realmuse I get that you’re in the initial stages of transitioning to a keto lifestyle and you’re still craving old foods, flavors, and textures, but take it from someone who tried that route: It’s sooooo much easier to just bite the bullet and leave that all behind.

Yes, it will suck for about a month. Yes, cravings. Yes, grumpy, Yes, murder. But, seriously, after three days the body clears most crap. After a week, the taste buds and gut bacteria begin to reorganize, among other things. And after a month, you won’t remember the life you had before. Really. Sugar and carby flavors will actually sicken you. You’ll crave meat and the thought of pancake syrup will be gross.

Do yourself a favor and take the easy route. It seems like the hard route but in the end, it’s faster, cheaper, and extremely low stress. I’ve never had to read the label on a sirloin steak. 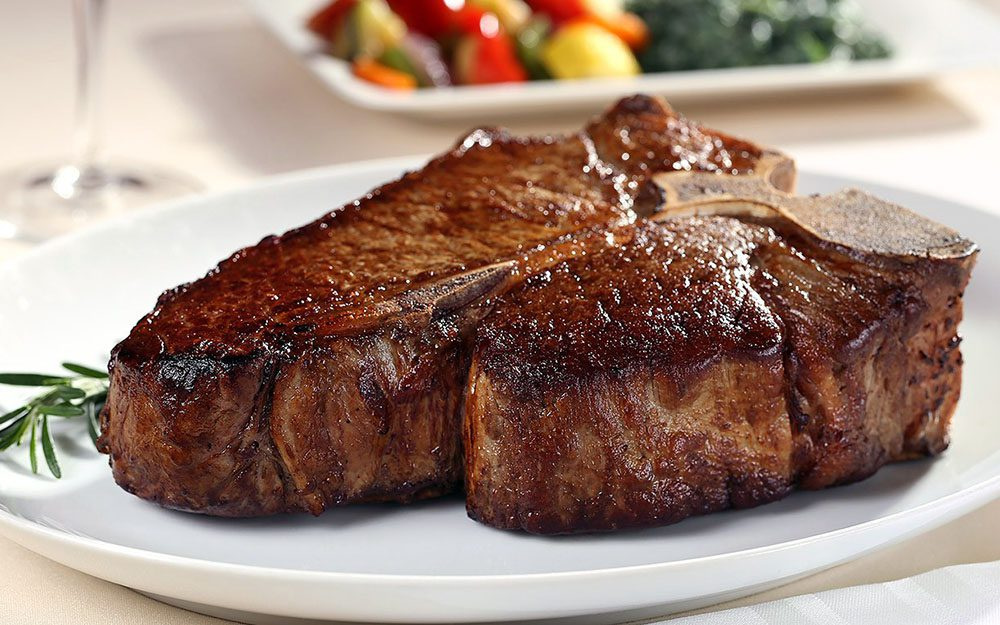 In my humble opinion sweet serves no useful purpose. The sooner lost the better. Cheers.

As above, allulose is a sweetener. But also look at the other added stuff. Primarily the mis-use of the word organic

(I’m laughing because it’s awkward, and laughable) as a bogus health marketing term on the front label. But look at the non-food chemicals in the mix, maple flavour, caramel colour. Even the company name is mocking nutrition.

The cool thing here is that you are highlighting the importance of showing and reading labels, while demonstrating the frisson between facts and marketing. Put this bottle in the chemistry laboratory cupboard, and not the kitchen, I reckon.

Apologies for my opinions creeping in to this attempt at translating.

Interestingly the 2-Keto Dudes talk about allulose often in their historical podcasts. @carl @richard Not sure how often they visit here these days.