I don’t know if this fits exactly into the GBD guidelines, but this article from the president of Purdue University shows how careful planning can allow students to be on campus. Here’s an article about COVID that actually made me smile today: Purdue University re-opening lessons

I know we’re not supposed to discuss politics on here, so let’s just say that it makes me wince a bit to point out that the US state that explicitly followed the Great Barrington Declaration guidelines (that would be Florida, with a governor that I never thought I would agree with on anything) had far more success in handling COVID than the states that did blanket shutdowns. I think FL ended up with lower COVID death rates than many states - despite having one of the oldest populations in the US- and according to the NYT, they have relatively low excess deaths for 2020.
FL will likely also end up with far less collateral damage in terms of mental health for everyone (children in particular) and physical health for children.*

*keeping kids in a bubble for an extended time is terrible for their immune systems, which literally need microbes to mature. Obviously this doesn’t mean deliberately exposing them to pathogens, but it does mean that an artificially sterile environment (for very young children in particular) is an experiment, and one that has a good chance of turning out really badly.

Yes, those years in sterile bubbles is really going to damage them. Melodrama much?

Yes, those years in sterile bubbles is really going to damage them. Melodrama much?

What I wrote is that it’s an experiment that will likely turn out badly for children. I’m not sure where the melodrama is in that. If you want some stronger claims, there are plenty:

" More than 1600 genes are involved in innate and adaptive immune responses [1]. These genes are of great importance for sustaining life in a hostile environment. Yet the immune system is relatively immature at birth and has to evolve during a life of exposure to multiple foreign challenges through childhood" 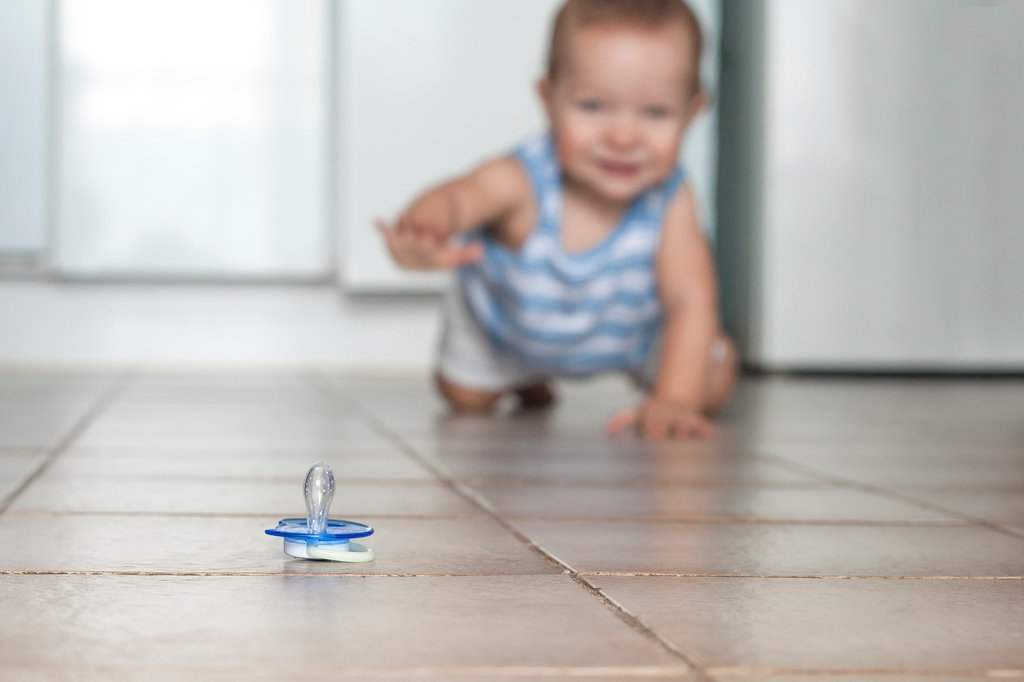 Too Clean for Our Children’s Good? (Published 2017)

We need to study the health consequences of the modern and more “hygienic” built environment, which is clean but by no means sterile. 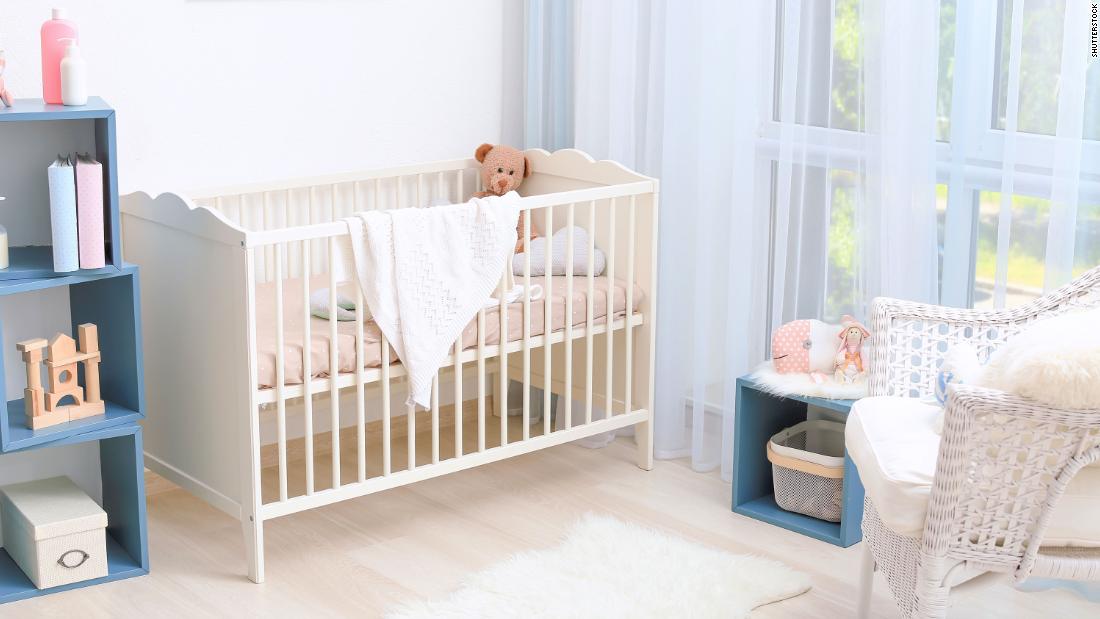 A germ-free childhood could trigger leukemia

Germ-free childhoods followed by infections later in life can trigger the onset of childhood leukemia, a new analysis suggests.

@petert, please share with us your understanding of how a child’s immune system develops.

I know we’re not supposed to discuss politics on here, so let’s just say that it makes me wince a bit to point out that the US state that explicitly followed the Great Barrington Declaration guidelines (that would be Florida, with a governor that I never thought I would agree with on anything) had far more success in handling COVID than the states that did blanket shutdowns.

32,000 dead Floridians might disagree, as might all the people with long covid symptoms that include covid-induced diabetes.

There was a right way and a wrong way to handle this pandemic. The right way did not include never-ending lockdowns, that’s just a fallacy. The wrong way is being experienced in most of the Western world right now.

Florida had 3% more cases than other US states but 8% fewer deaths per capita so far, which isn’t brilliant because they’re sitting right at the median of US states in terms of the covid stats, and FL’s weather is fantastic which likely explains part of the deaths per capita differential. I’d expect them to be doing far better than the northern states just based on vitamin D levels alone, so FL’s results, in my view, are awful.

Just to be clear, here in Australia we’ve had a total of 900 deaths out of 25 million people (FL has only 21m people), and 29,000 cases in total (FL has had 2 MILLION.) Most of Australia came out of lockdown in June and we’ve almost all been living pretty much normally since. The Australian economy has rebounded from the initial shock incredibly quickly, all thanks to the initial 6 week lockdown plus strict border controls and quarantine. You can’t control a pandemic without strong borders and quarantine. There were a lot of stuff-ups, mainly due to our politicians being incompetent geese, and Victoria suffered due to incompetent hotel quarantine down there, but generally we have done rather well. Our performance puts most of the rest of the world to shame.

The secret to keeping the economy strong was to aggressively control the virus. Anything less than utter domination of Covid-19 has been proven a monumental disaster, as we’re seeing everywhere globally, except a handful of countries that include Australia, Taiwan, NZ, Vietnam, and a few other countries mostly in this region.

Madeleine, we did this debate to death last year. It’s very sad that we all inhabit different factual universes, but that is the way the world is now apparently, so I will leave you to believe that Florida is doing well, you can leave me to believe that Taiwan/AU/NZ etc got it right, and we can all reevaluate in a year or two after all the statistics are in. In the meanwhile, you are quite free to console yourself with Ivor Cummins’s raving mad tweets!

oh dear. There are so many straw men in here I’m not sure where to begin but maybe the main thing to say is that I see no facts that we’re in disagreement about.

I’ve said numerous times on this site (probably in exchanges with you as well) that I think early hard lockdowns are a fantastic idea, especially if there’s a vaccine in sight. Unfortunately I don’t think those were likely in a lot of the US since COVID was already widespread by the time we were looking at policy here (though NYC tried pretty hard).

I never claimed that FL was doing well relative to all other places in the world, but I’m sitting in a state that has been in some state of shutdown for a year now, and FL has done much better than we have. There’s enough data to conclude that we could have avoided so much of the collateral damage of shutdowns (and there are many! it’s not just about “keeping the economy strong”) by being more targeted in our approach.

Being able to say that your country’s performance puts most of the rest of the world to shame - well, congratulations, Gabe.

Agreed, rolling lockdowns were never suggested by anybody serious as a solution. But once things were out of control, it was critical to get the basics right in what Tomas Pueyo later in 2020 would call “the Swiss cheese strategy.” These included mask mandates, strict border closures and quarantines, a focus on ventilation, excellent contact tracing, and targeted (but not insignificant) restrictions to reduce people’s contact with each other, especially in large groups. Sadly, I’ve seen few places introducing anything like this.

Being able to say that your country’s performance puts most of the rest of the world to shame - well, congratulations, Gabe.

But that’s the thing, Madeleine. The lesson will eventually be that a highly professional approach that implemented the public health measures recommended by the public health policy experts was the best possible solution. I look at the rest of the world and I see basket case after basket case. The obfuscation and the false dilemmas (health vs economy, for instance, when each required the other) were extremely problematic and I don’t see this improving in time for the next pandemic, which I expect will come sooner than we would hope.

Which is exactly what Sweden did.

Took the WHO pandemic guidelines and followed them.

Which is exactly what Sweden did.

Took the WHO pandemic guidelines and followed them.

I’d be quite happy to take the economic vs health stats country-by-country as of today and demonstrate that the successful Asian countries did it right, the way I outlined above. Far better economic results for countries that shut their borders, had a FACILITY quarantine, did a proper early lockdown if necessary, and took the appropriate mitigation measures to keep the virus under control.

I suspect these stats will be even more favourable for us in the coming months, so let’s check in then.

@gabe
. . . but didn’t the “successful” Asian countries have prior contact with SARS and therefore the population had some residual immunity which made them less vulnerable to SARS CoV2?

There are still too many variables and too many different ways to measure the same thing to make comparisons possible.

. . . but didn’t the “successful” Asian countries have prior contact with SARS and therefore the population had some residual immunity which made them less vulnerable to SARS CoV2?

I haven’t heard that claim. I think the better explanation is that they had experience with SARS and MERS and therefore knew what worked and what didn’t. Taiwan didn’t handle SARS properly, which is why they were the platinum standard this time around:

I can’t emphasise enough for @Carnivoor – Taiwan has absolutely knocked Covid out of the park and emerged completely victorious, both health-wise and economically. AND NO LOCKDOWN was required.

What saddens me is that the world seems not to have learned the right lessons from this pandemic as the Asians did during SARS and MERS. Mitigation measures have been misused and politicised. Next pandemic that happens, as it inevitably will given our skyrocketing encroachment into the remaining wild, I am skeptical that the correct policies will be implemented.

I just want to take a moment and interject that this is a civil forum. I know how easy it is to get passionate debating this. We’ve come a long way since the beginning of this pandemic, and the forum has seen it’s fair share of debating this issue.

Even if you disagree with someone’s point of view, please write your comments with respect. And if you feel your ire getting up, take a few moments and wait before commenting. As I can personally attest, nothing good comes from angry words.