The eternal question: how do you see my LDL cholesterol?

I have successfully lost more than 20kg using a low-calorie keto diet. My doctor ordered a blood & urine test for me.

As good, my glucose level has gone to 80 mg/dL.

I know it is usually said that in keto LDL can go up (especially for hyperresponders), but I am bit concerned about these two issues below.

The result from https://cholesterolcode.com/Report/ is:

This does not constitute medical advice

• We consider triglycerides of 108 mg/dL as moderate. Many studies suggest triglycerides below 100 mg/dL (1.13 mmol/L) as optimal. When on a low carb diet, we find most of the time this pattern is associated with one of two common reasons: (1) not being 12-14 hours water-only fasted before the blood test or (2) having a coffee sensitivity. Other factors can be too much refined/liquid fat or “carb creep” (for more detail on these, see CholesterolCode.com/high-tg.)

• We would consider your HDL of 51 mg/dL as strong.

• We’d consider your LDL cholesterol as in range for what we’d call a “Standard Hyper-responder”. This is common for many going on a low carb diet. For more on hyper-responders, visit cholesterolcode.com/hyper-responder-faq. For a deeper explanation on our proposed mechanisms for this when powered by fat, see CholesterolCode.com/model.

What do you think?

Far more importantly… what do you think?

Plus how long were you water fasted before the blood was taken?

What do I think?

The lab results say the LDL level has a “high risk” (there is a very high risk bucket, too). On the contrary, I read some comments suggesting it is relatively normal to have a high LDL when starting keto. Also, it is good triglycerides are low, as well as glucose.

Anyway, the reasonable thing I guess is to KCKO, and do another blood test in say 6 months.

My question here is if there are any scientific reports that have analyzed cholesterol levels for keto people. I see in several posts that for example the ratio of triglycerides to HDL matters (mine is just slightly above 2; the ideal seems to be below 2). But of course, I do not know.

9 cups a day is a lot of coffee. If you were to reduce this, you would likely get better markers, at least for trigs. Does that mean anything? That is, if you reduce coffee and your trigs lower, is that a benefit? No one can tell you that. The studies you’re quoting are based on “everyone”, and really trig/HDL is just a marker for insulin resistance/high carb eating.

If you really want to know risk, get a CAC (coronary arterial calcification, CT scan) done.

As for the white blood cells, I’d have to look at my results, but I believe mine were also slightly “low”. My white blood cells were 4.1K/uL, the lower limit is 4.0K/uL. I don’t see the others in my tests, though I could easily be missing them.

I will try to reduce my coffee consumption, thank you. Maybe I will try a month without coffee at all, to see if I am addicted to it.

Before doing a CAC, maybe I will see my evolution in 6 months. If it continues, then probably yes.

For white blood cells, my reading is 4.02K/microL (the lower limit in my analysis is 4.2K/microL).

A possible answer from Valter Longo:

“When you starve, the system tries to save energy, and one of the things it can do to save energy is to recycle a lot of the immune cells that are not needed, especially those that may be damaged,” Longo said. “What we started noticing in both our human work and animal work is that the white blood cell count goes down with prolonged fasting. Then when you re-feed, the blood cells come back. So we started thinking, well, where does it come from?” 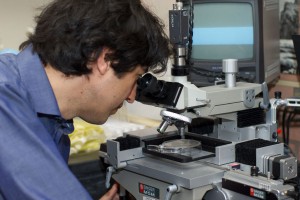 If this is true, WBC should normalize once I reach my target weight. I guess it should be the same for the globulins, since they are also related to the immune system.

I guess that your calorie restricted diet won’t exactly be how you will be running your body in future so may well have impacted your cholesterol results too… Unfortunately there are so few undertaking such a radical way of eating that specific results will be rare. However comparing yourself to the majority of the SAD eating population will almost certainly give you confusing numbers. Maybe wait until you have settled into your future way of eating and then try the test again to see what the effect has been.

The problem is that no one really knows how a population of people reacts on a low carb/keto diet. Heck, it was a mere 10 years ago or so when Atkins had to fund his own study, as everyone thought fat was deadly. The vast majority of data we have relates to people on low fat, high carb or simply bad diets.

And then throw intermittent fasting (such as only eating two times a day or only one or missing entire days), and you’re really in nowhere land. There are short term studies, but none that are that long and basically none that combine both keto and fasting.

Even the CAC scan is just gaining in popularity, so we really have little gauge as to how many people with “high” LDL will have for CAC scans. There is some data, just saw some on FH (familial hypercholesterolemia, with super high LDL), and the CAC scores were all over the map (leading a logical person to conclude that maybe LDL isn’t that important? The lipidologists aren’t logical, though).

Take me as an example. I have extremely high Lp(a) (basically, LDL with a protein attached to it), as in 5 times the “healthy” limit. This will kill me, I’m assured. See, eg:

Genetic testing confirms that high levels of a type of cholesterol known as lipoprotein(a) are associated with an increased risk for heart attacks, but the clinical implications of the finding are unclear.

I, however, got a CAC score of zero just in June, which means 90% of the people my age (55) have higher scores.

And then compare with the following:

Elevated lipoprotein(a) serum levels, increasing the risk for cerebrovascular disease, may play a role in determining clinical Alzheimer’s disease, but lipoprotein(a) elevation in centenarians, in the absence of other coronary artery disease risk factors, appears as a positive survival factor.

So, Lp(a) is “bad” when you’re young but great when you’re 100? Huh? (And you don’t have to look too hard to find similar outcomes for LDL.)

So, you’re going to basically get guesses until the time comes when a substantial portion of people are on low carb/keto and the studies are done.

You’re almost identical to me. Age within a year, TC within a few points. I have higher LDL and lower TG. HDL spot on.

I’m pretty comfortable with where things are at. I’d prefer higher HDL so I want to step up my workouts a little bit.

When did you start keto? Are you already at your stable weight?

Good to hear that we have almost identical figures. The longer we survive, the better for the other

Previously I had lost a similar amount via Paleo (2016-2017) but regained the weight last year when our family relocated and I drifted into poor food habits again.

Agreed - I wish you (and myself) the best with your lipid numbers!

What we started noticing in both our human work and animal work is that the white blood cell count goes down with prolonged fasting.

Have you been doing this?

I am doing a low calorie keto diet. Valter Longo mimicks fasting with some food, and that food is quite similar to what I am doing.

Of course, I do not know, but it would make sense that due to low calorie intake, if my body has to cut down on something, that something could be on white blood cells, for example.

Do you have any other idea of what could be the reason of the low WBC?

For white blood cells, my reading is 4.02K/microL (the lower limit in my analysis is 4.2K/microL).

@Arbre @ctviggen FWIW, my most recent LabCorp report provides a reference range for WBC as being "3.2 to 10.6 K/uL" … which would put your 4.02 and 4.1 results more comfortably in a “normal” range. BTW, my WBC on that same report was 4.0. Birds of a feather.

On an other topic: Yeah, 9 cups of coffee sure sounds like a lot. I’m surprised you can sit still long enough for bloodwork, with so much caffeine and diuretic in your system.

You are well done that you could lose weight, but you still need to visit a doctor. Few people manage to lose weight with high cholesterol. For example, my sister had high cholesterol, and she got fat. She tried different diets, but her weight didn’t go away. All for one simple reason, she didn’t study this disease. When I told her about functional medicine cholesterol then changes began to occur in her body. Her heart stopped hurting, and she was able to lose 20 kilograms. All thanks to the fact that she finally took a responsible approach to this issue.