Sodium / Potassium in the Modern and Primal diets

Thanks team for a great discussion, very informative. Dont stop here, keep it going and let it evolve !

We looked at some potassium / sodium food data of foods we commonly consume. An easy to use list of was found on this site: https://www.weightloss.com.au/diet/food-nutrition-tables/sodium-potassium-table-a.html As we get Kangaroo and other foods that are not on the US databases, this site gives us the data we needed.

From here we will keep an eye on the K / Na ratio in our nutrition and use a compounded salt as a taste enhanser on our food and in cooking. That we will make from KCl and NaCl, yet to work out the ratio, but lets say 3:1 for now. If anyone has alternative suggestions to KCl, such as KC₄H₅O₆ or other types, then please put them forward.

Our water source is tank/rain water and would have negligable mineral content, so we are not getting any from that source.

As our weight is currently dropping, there is probably a little bit more need for salts as the total amount of food is less, when we reach our healthy lean mass, we can reduce the salts and see how we feel.

Taking into accout the great info posted above, in day to day nutrition I can not see the need to add copious amounts of either Na or K, but as we also run ultra marathons, that will toss up an additional need at times (especially in summer). Here again we may aim for a K/Na ratio favoring the K factor, but open to suggestions on this ?

Over several million years, physiology and metabolism of humans evolved to retain Na+ and excrete K+ in response to a diet that was low in Na+ and high in K+. With the onset of agriculture and industrialization, there has been a precipitous drop in dietary K+ consumption and an equal rise in dietary salt consumption, contributing to disease onset. This is further supported by the fact that the newest Dietary Guidelines for Americans have listed K+ as a “nutrient of public health concern” because of its inadequate consumption. Low K+ intake is then implicated in various chronic diseases including hypertension, cardiovascular disease, osteoporosis, and nephrolithiasis.

I think they are incorrect about the sources of potassium… But, however we got the high potassium and low sodium, they discuss the physiology of why they think humans evolved in a potassium-high and sodium-low environment. And “…our current diet represents a mismatch between what our body has the capability to metabolize and what we are actually consuming”. The authors provide a very detailed physiological discussion to support their contention. Worth the long read.

There are abundant data suggesting that ingestion of K+-rich foods is beneficial and may reduce the incidence of stroke, hypertension, nephrolithiasis, and osteoporosis. The data on dietary consumption indicate that Western diets are high in processed foods, high in Na+ content, and low in K+. The kidney is designed to handle significantly higher K+ loads than are currently consumed in our diet. Furthermore, patients who could most benefit from increasing their intake of K+-rich foods are the very same patients who are unable to do so because of reductions in renal function.

One of their sources is the following. Unfortunately full text available to subscribers only:

Paleolithic Nutrition — A Consideration of Its Nature and Current Implications...

Another source, again unfortunately behind an subscriber wall:

…The genetically conditioned nutritional requirements of human beings established themselves over millions of years in which ancestral hominins, living as hunter-gatherers, ate a diet markedly different from that of agriculturally dependent contemporary human beings. In that context, we sought to quantify the ancestral-contemporary dietary difference with respect to the supply of one of the body’s major mineral nutrients: potassium. In 159 retrojected Stone Age diets, human potassium intake averaged 400 ± 125 mEq/d, which exceeds current and recommended intakes by more than a factor of 4. We accounted for the transition to the relatively potassium-poor modern diet by the fact that the modern diet has substantially replaced Stone Age amounts of potassium-rich plant foods (especially fruits, leafy greens, vegetable fruits, roots, and tubers), with energy-dense nutrient-poor foods (separated fats, oils, refined sugars, and refined grains), and with potassium-poor energy-rich plant foods (especially cereal grains) introduced by agriculture (circa 10,000 years ago).

Again, I disagree with the source of potassium, but otherwise I find the argument persuasive. It seems logical to me that so many ailments/diseases being related to potassium deficiency (and/or elevated sodium) that evolution in a period of potassium abundance and sodium dearth makes sense.

Potassium often has a negative connotation in Nephrology as patients with chronic kidney disease (CKD) are prone to develop hyperkalaemia. Approaches to the management of chronic hyperkalaemia include a low potassium diet or potassium binders. Yet,...

(Lack of sodium is the cause of the symptoms known as the “keto flu.”)

Having just gone through this myself as an n=1 sample size this was not true for me. I consumed tons of salt and tons of water through the entire journey. While I never felt negative cognitive effects I felt extraordinarily weak. Only starting now to feel any strength return day 22.

The Nutrition Data link is not working for me, so I can’t comment on it.

Sometimes the site is down/buggy but when it’s working it’s absolutely amazing, second to none.

I think it has long been an erroneous assumption of anthropological researchers that the study of modern (by which I mean neolithic/Holocene hunter gatherers) can be used to determine the characteristics of paleolithic hunter gatherers. For example, Dr Michael Eades has several YouTube videos that show via bone analysis (carbon isotope composition) that meat and fat were a much higher percentage of dietary intake in our paleolithic hunter gatherer ancestors than in modern hunter gatherers. Even though they may subsist by scavenging, hunting and gathering, modern hunter gatherers are in contact with non-hunter gatherers and exchange goods and foods with them. This did not nor could not happen during the Paleolithic. Also, because of climate change (yes, even in central tropical Africa), cultivation and hybridization of plants (far more extensive than most realize) since the beginning of the Holocene, modern plants contain more digestible carbohydrate than Pleistocene plants. So I think it is a mistake to think because modern hunter gathers can derive a large percentage of nutrients from eating plants to conclude that Paleolithic hunter gatherers could do so as well. The flora of the Pleistocene was very different with much higher percentages of indigestible cellulose. So there was little opportunity to get much nutrition. Whereas, as I quoted above:

… Humans can earn tens of thousands of calories per hour hunting medium-sized animals, in contrast with the meager 1,431 calories from foraging plants [27]. Human specialization for hunting large animals during the Pleistocene provided even bigger returns [28]. Our fat stores and our hunting seem to go hand in hand.

Yes, but as mentioned in another thread, the feelings of weakness are not sodium related, that is from needing to adapt to a new fuel source.

Now that you are three weeks in, your cells are improving in using fat as fuel. You’re energy is going to keep improving.

The symptoms of lack of sodium are lightheadedness, dizziness, headache, and the like. The weakness you are experiencing is from the fact that you are depriving your muscles of glucose, and they have not yet become reaccustomed to metabolising fatty acids. This is called fat-adaptation, and everyone goes through it.

Give yourself another month or so for your mitochondria to heal, and so forth. In the meantime, lighten up your exercise routine until your performance returns. Endurance takes somewhere in the range of six to eight weeks to return, explosive power somewhat longer. Once you are fat-adapted, your muscles will gladly metabolise fatty acids, sparing ketones and glucose for those cells that need them.

Fat of the land: What ancient bones tell us about the origin of the human diet Zero Carb / Carnivore

The study/paper. Unfortunately, only the Abstract is available. The full study is behind a subscription and pay wall. [Jessica_Thompson]

Baby, have we got a molecule for you… 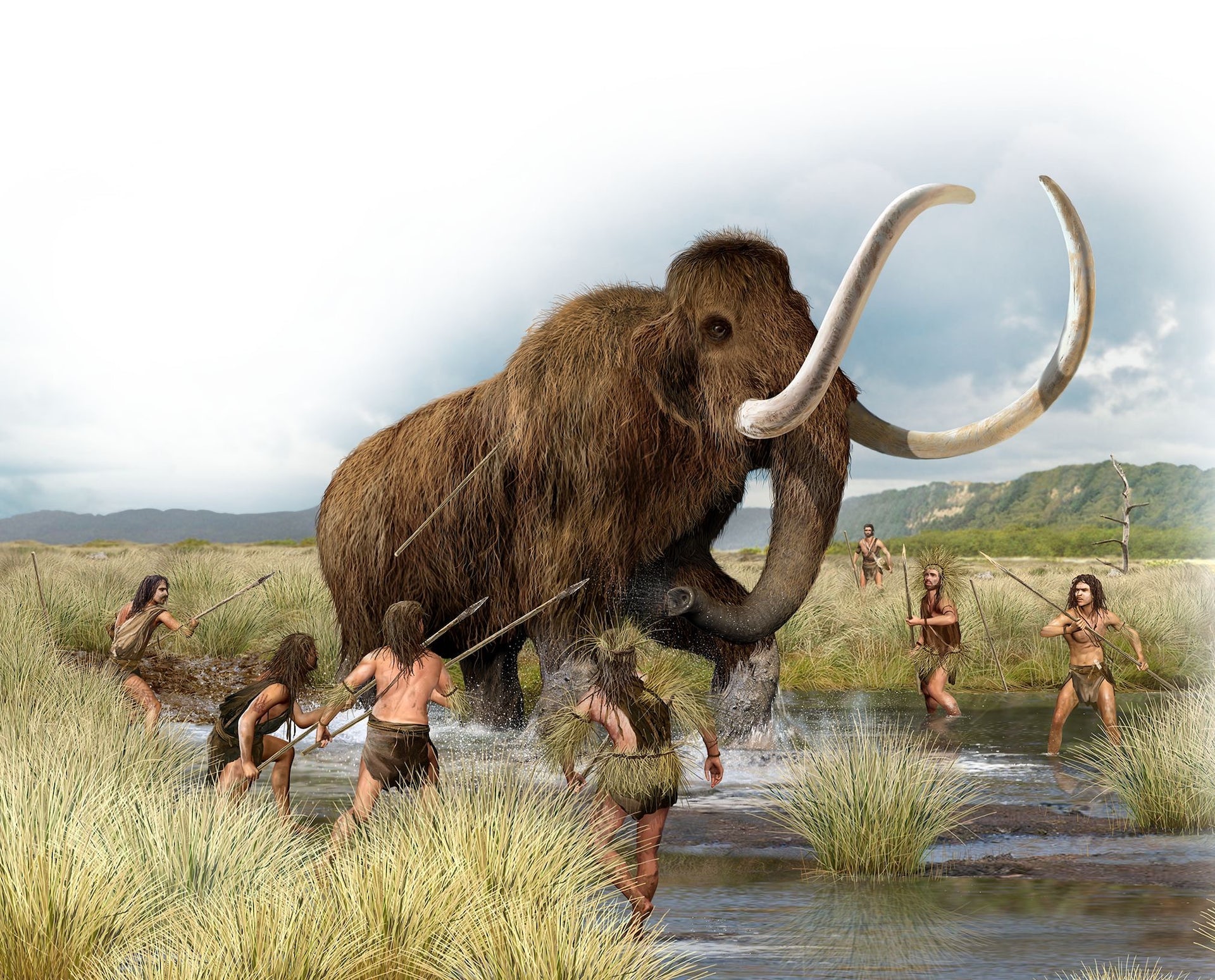 Overhunting of megafauna such as mammoths may have force us to take up farming, ultimately leading to modern society 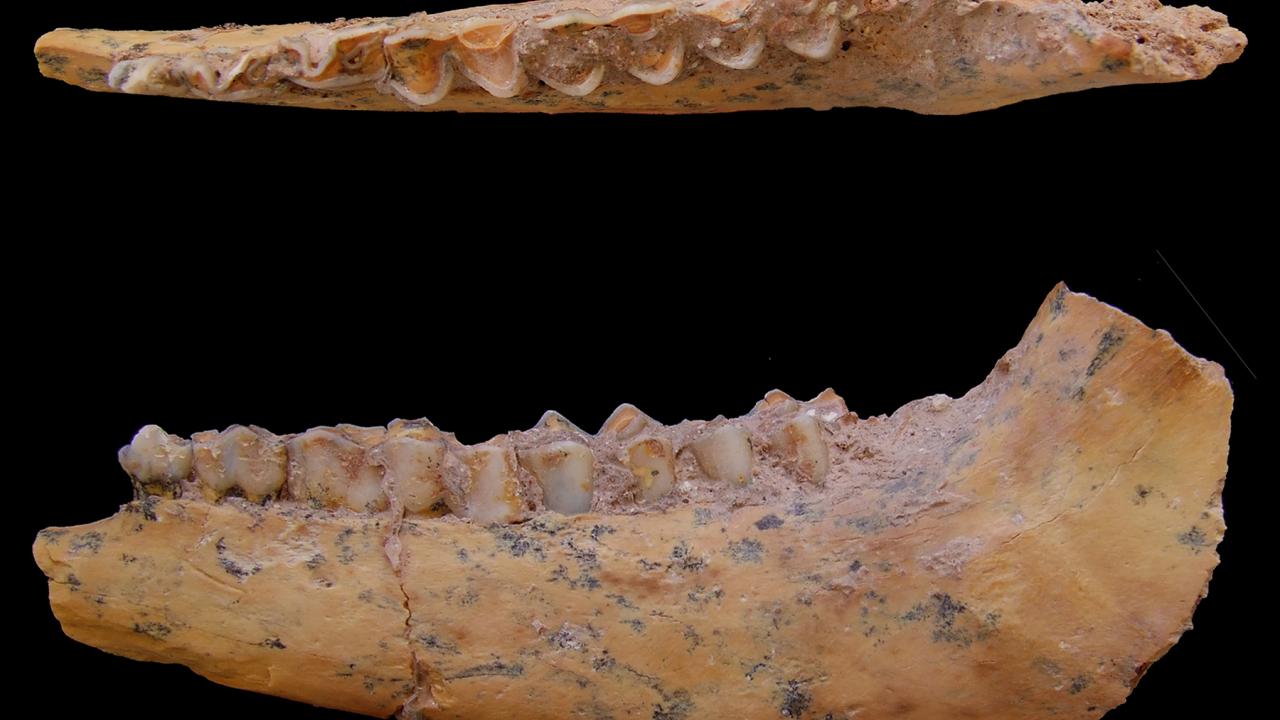 New fossil finds from the Jebel Irhoud archaeological site in Morocco do more than push back the origins of our species by 100,000 years. They also reveal what was on the menu for our oldest-known Homo sapiens ancestors 300,000 years ago: Plenty of...